The best horror TV shows of 2022 so far, according to critics 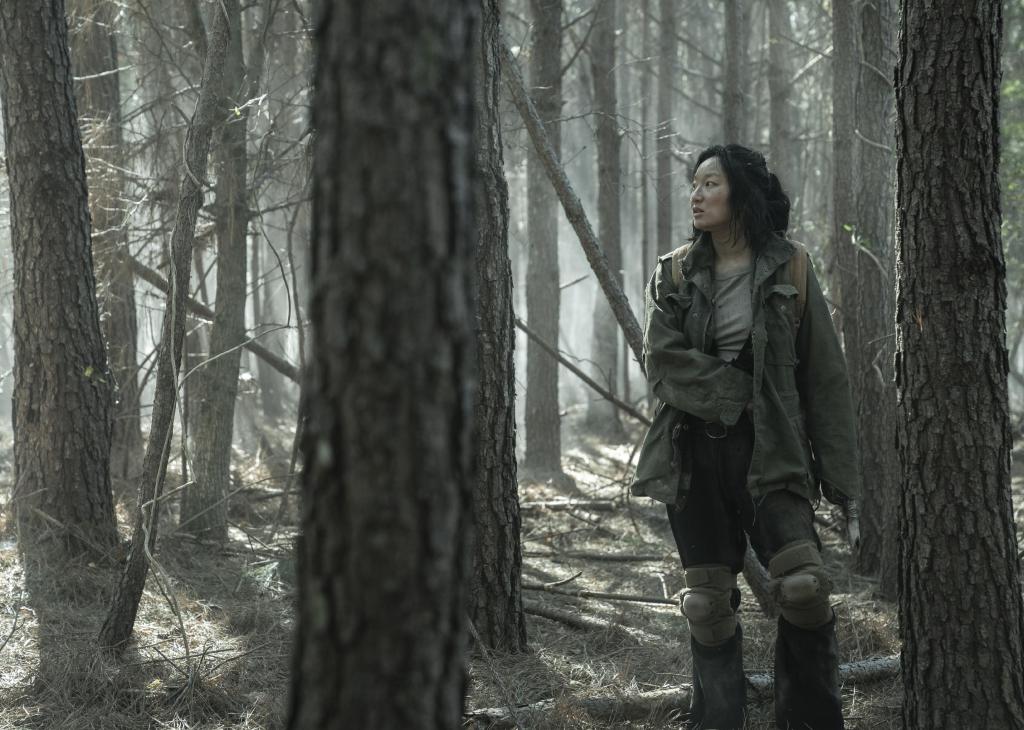 The best horror TV shows of 2022 so far, according to critics

Why do people love horror even when it frightens them? Psychological studies indicate that humans like to engage in activities they find stimulating, and consuming horror content can prompt both positive and negative mental and physical reactions. For some, watching a scary TV show may produce fear or anxiety, while for others, it may cause excitement.

Horror shows also open the door to unique experiences and people that most viewers will never face in their own lives. In this way, horror provides a safe means of exploring dangerous situations and the darker side of human nature.

Stacker looked at Metacritic data for all horror TV shows released in 2022 and ranked the top 15 by Metascore, a single rating that averages the most respected entertainment critic scores. Ties are broken internally at Metacritic, where numbers extend into decimals.

Keep reading for a list of binge-worthy TV shows that will scare and delight horror fans. 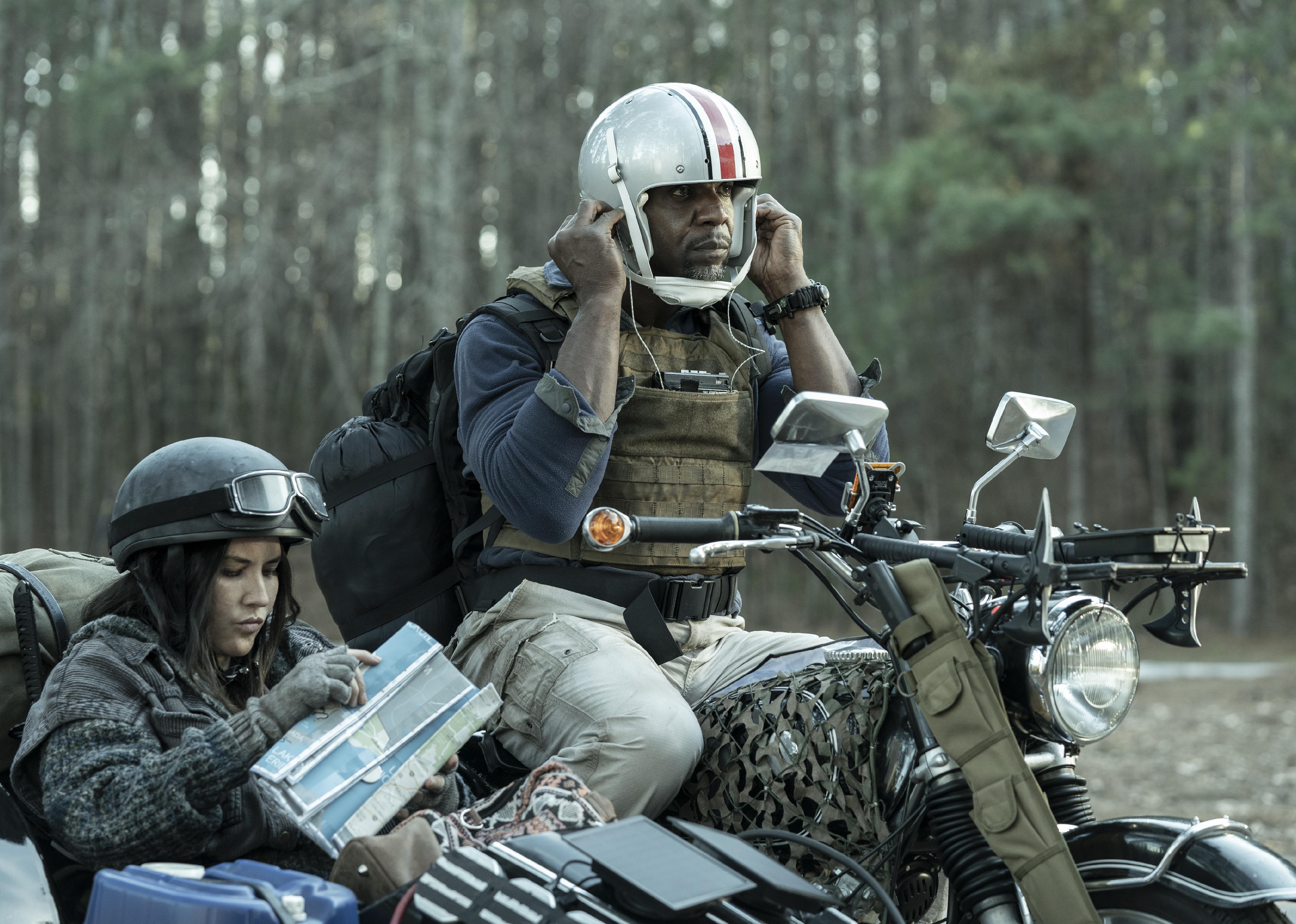 “Tales of the Walking Dead,” the third in a growing list of spinoffs from AMC’s fan-favorite “The Walking Dead,” is an anthology set in the same zombie-ridden world. This first season is a quick watch, with each of its six episodes focused on different characters.

The first episode sets a very different tone from what viewers typically see in “The Walking Dead” universe: Terry Crew and Olivia Munn play a comedically odd pair searching for potential romantic partners across the U.S. The series also weaves familiar characters in with the new, including Samantha Morton, who returns to play the villain Alpha in a mid-season episode. 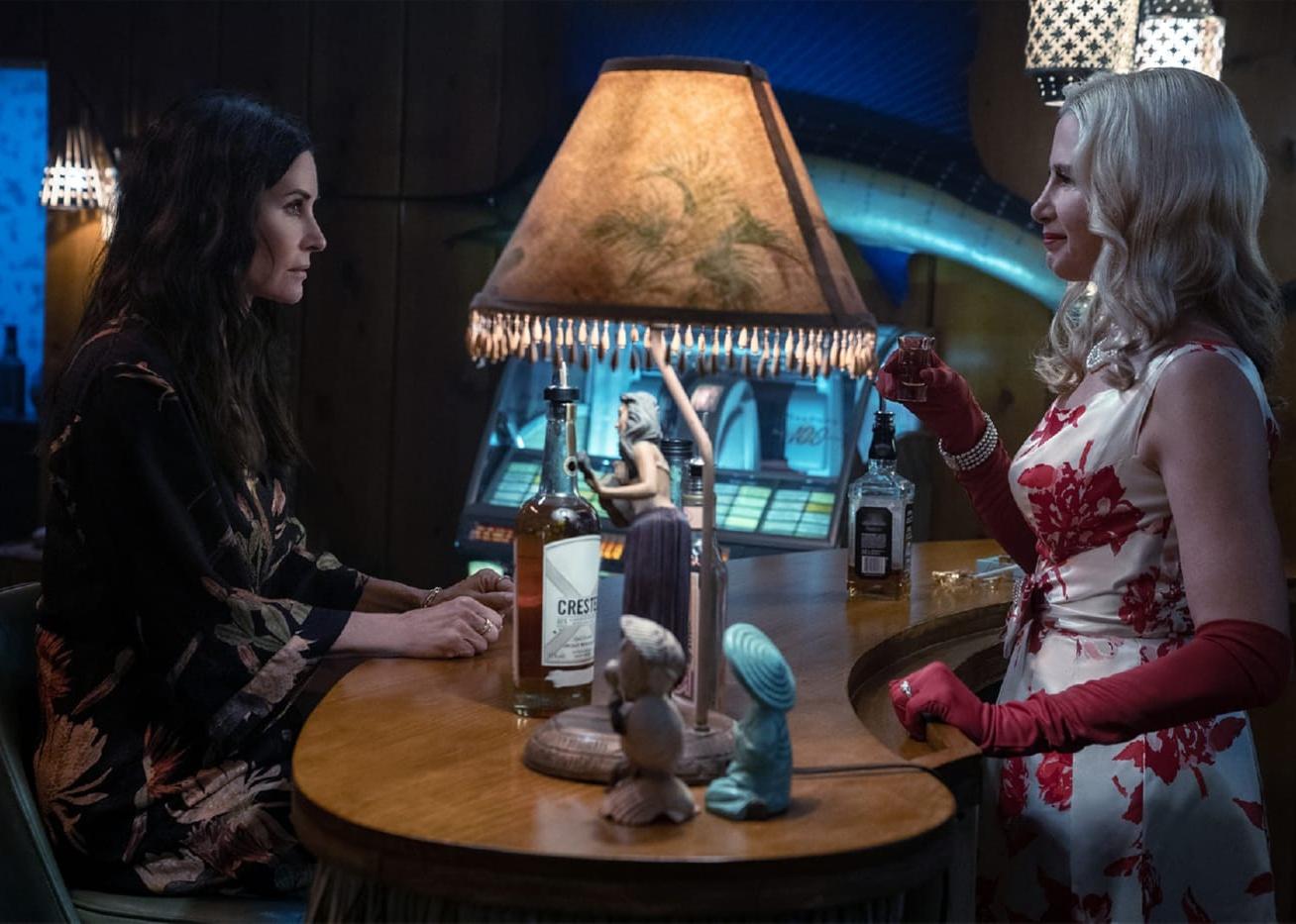 With a blend of dark comedy, jump scares, and social commentary—along with plenty of nods to Stanley Kubrick’s classic film “The Shining”—”Shining Vale” packs a lot into each 30-minute episode.

Courteney Cox and Greg Kinnear star as Pat and Terry Phelps, a married couple who relocate from Brooklyn to rural Connecticut to strengthen their family after Pat has an affair. The deal they find on a beautiful old home in the town of Shining Vale might be too good to be true, though, as Pat begins to wonder if the house is haunted or if her mental stability is slowly unraveling.

A few months after the show’s debut, Starz renewed “Shining Vale” for another eight-episode season. 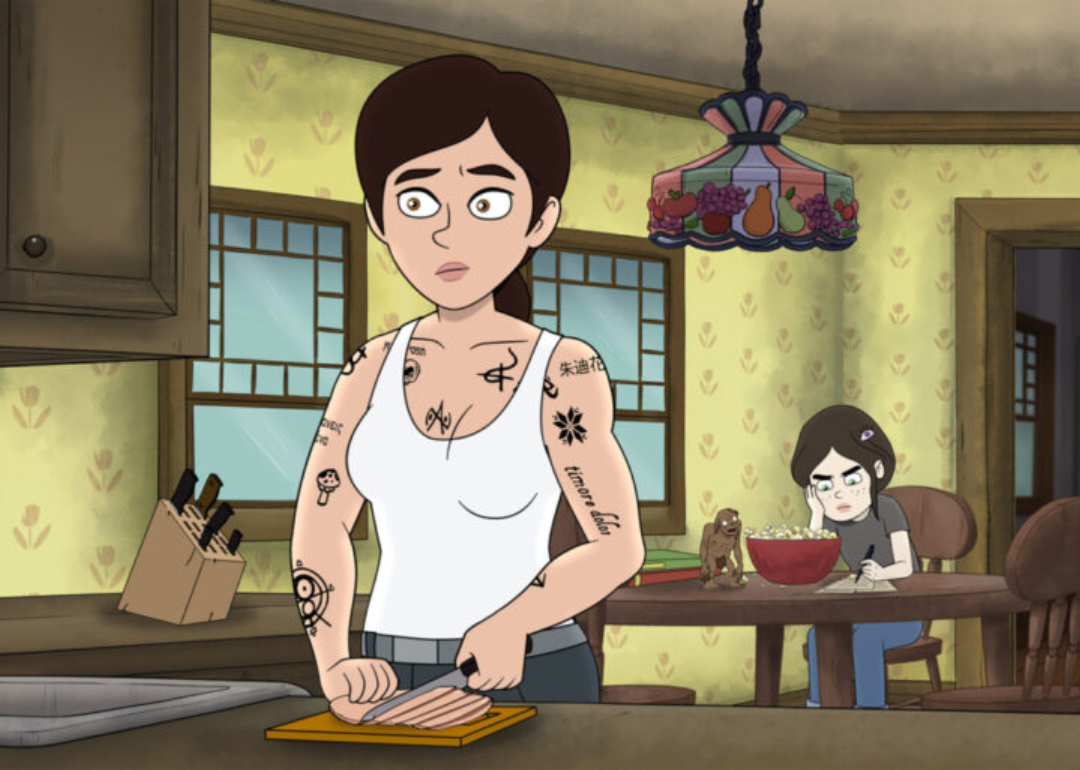 “Little Demon”—the FXX animated series about a 13-year-old who learns her father is Satan, making her the literal Antichrist—infuses twisted humor into the traditional coming-of-age story. Danny DeVito stars as Satan, who tries to gain custody of his daughter (voiced by DeVito’s real-life daughter, Lucy) while her mother (Aubrey Plaza) tries to build a normal life for them in Delaware.

Despite condemnation of the content as “evil” and a petition to cancel the show, this first season drew positive critical reception and a long list of guest stars, including Arnold Schwarzenegger, Rhea Perlman, and Michael Shannon. 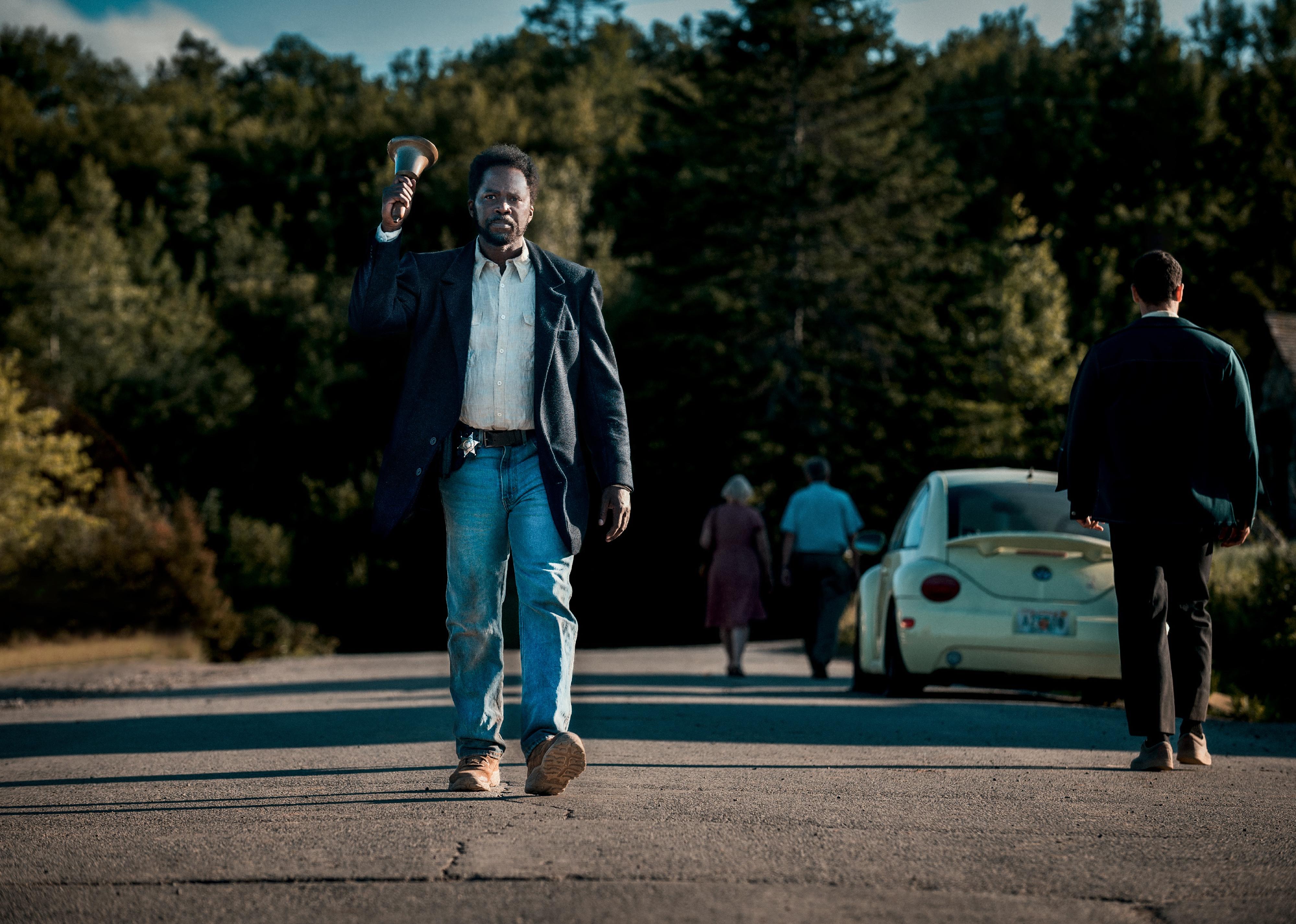 Executive producers of “Lost,” Jack Bender and Jeff Pinkner, are reunited with actor Harold Perrineau, who played Michael Dawson, in a new series about a strange U.S. city that holds all who enter captive.

“From” is a blend of horror, mystery, and science fiction tackling the familiar trope of being stuck in a town, much like the shows “Wayward Pines” and “Under the Dome.” While residents try to figure out why they cannot leave and how they might be able to escape, they also face threats from the forest and dangerous creatures surrounding them.

Not only was “From” the most watched premiere ever for an Epix original series, but the network also renewed the show for a second 10-episode season slated to air in 2023. 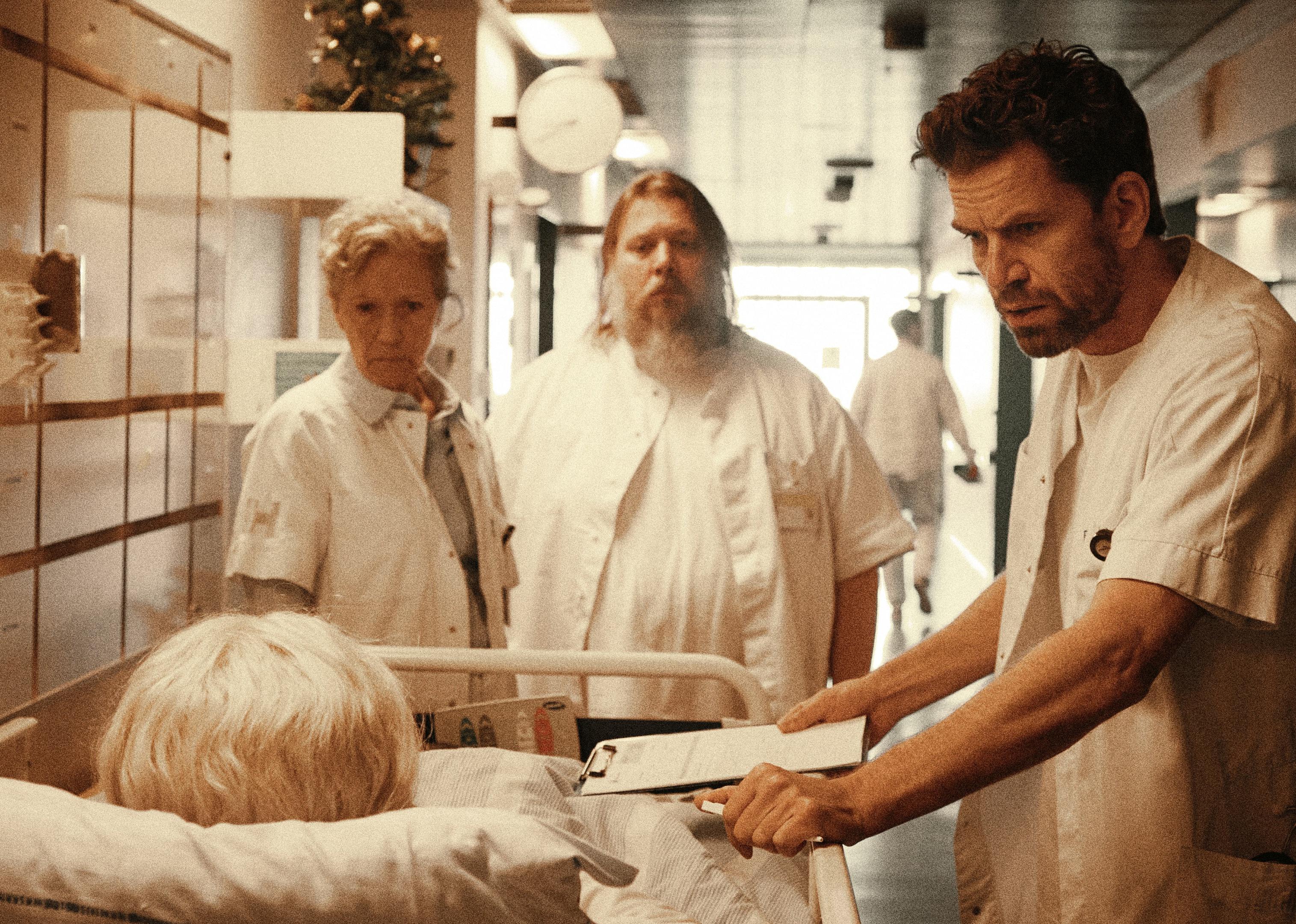 “The Kingdom Exodus” (“Riget: Exodus”) is the final season in a supernatural horror miniseries that began nearly three decades ago and which also inspired Stephen King’s short-lived 2004 series “Kingdom Hospital.” The show chronicles the bizarre experiences of staff and patients in the neurosurgery wing of a Danish hospital built on haunted land. This third season focuses on a woman who sleepwalks into the strange hospital.

The series’ director Lars von Trier is best known for his unique brand of dark, cerebral cinema, including the films “Melancholia” and “Nymphomaniac.” All five episodes of “The Kingdom Exodus” and the show’s first two seasons will be available in the U.S. through the streaming platform MUBI.

You may also like: 100 best TV dramas of all time 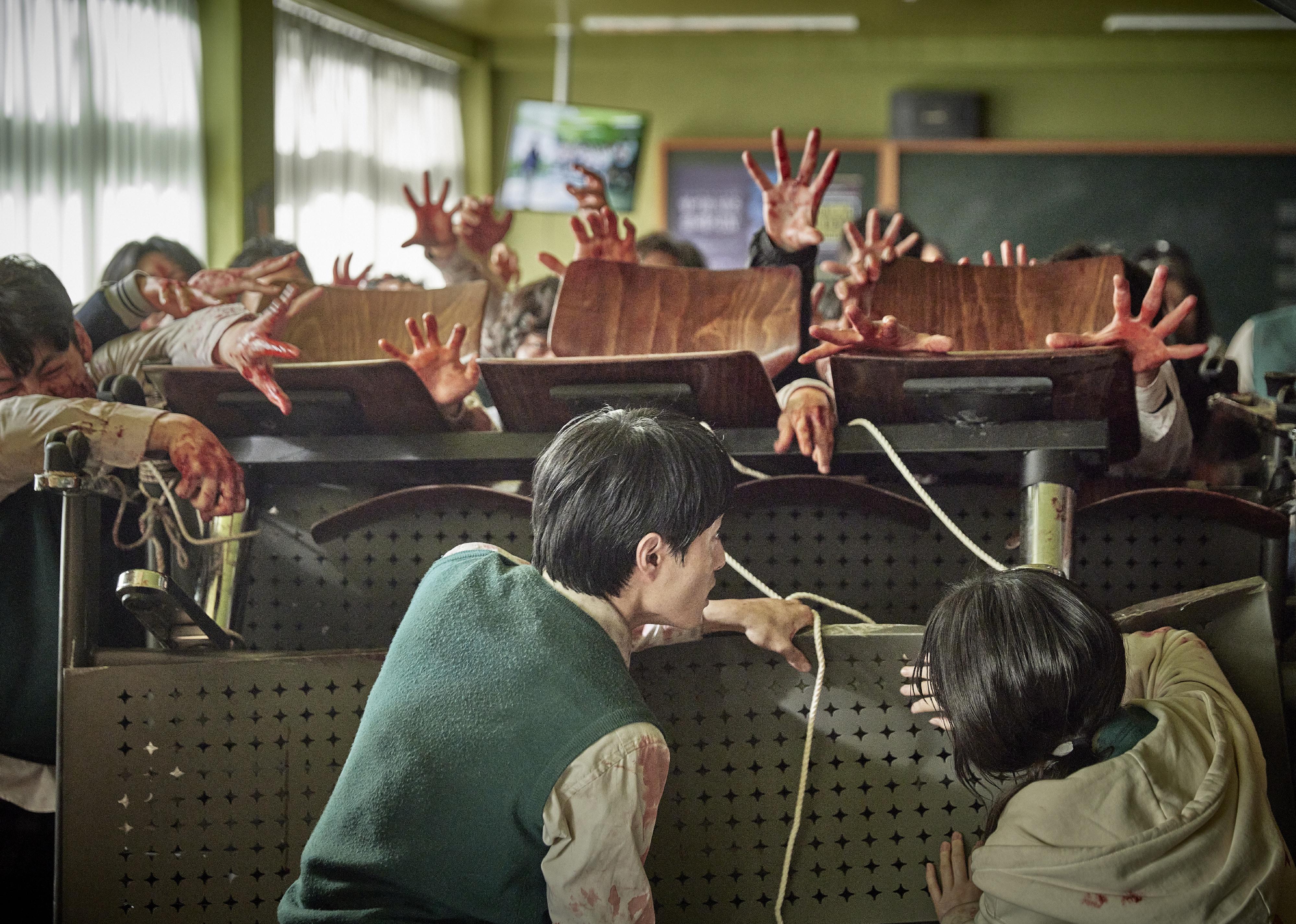 Based on a popular webcomic, “All of Us Are Dead” is a series about a group of South Korean high school students trapped in school as a fast-moving virus turns their peers into zombies. As one may expect from this brand of apocalyptic horror, the 12-episode season offers no shortage of tension, gore, and flesh-eating undead.

The series hit #1 on Netflix’s daily list of top U.S. shows just seven days after its release and also made lists of top 10 non-English shows in 91 countries. Creators and directors Lee JQ and Kim Nam-su will build off this success as Netflix is renewing the show for a second season. 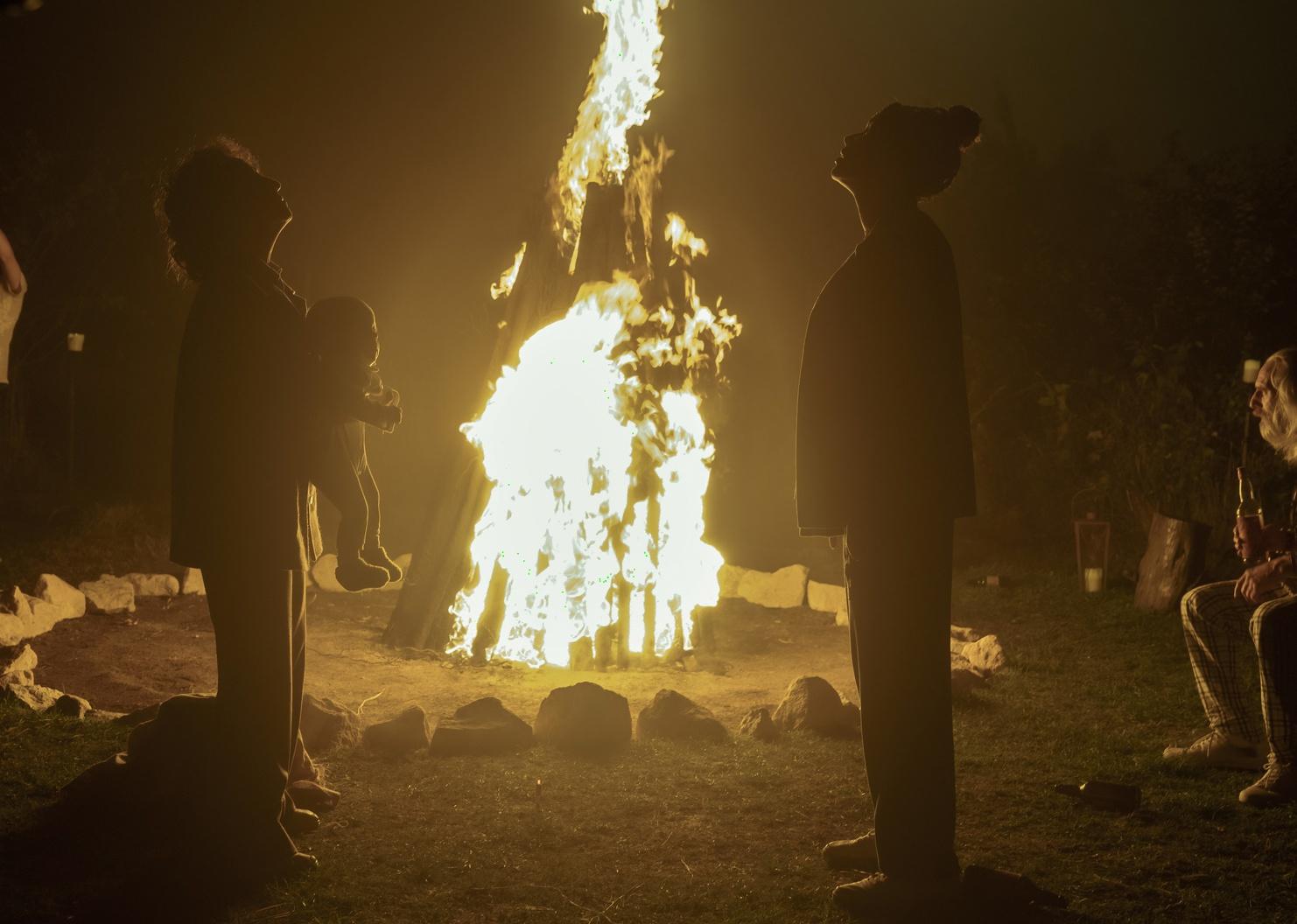 In the British horror-comedy “The Baby,” Natasha, a 38-year-old woman frustrated that all her friends have children, suddenly finds herself caring for a baby that drops from the sky. Lucy Gaymer and Siân Robins-Grace created this eight-episode HBO limited series. Robins-Grace is known for being the co-executive producer for the Netflix hit “Sex Education.”

“The Baby” explores the horrors of motherhood—literally and satirically—as Natasha tries to convince others the child is not hers and seeks someone else to care for him. Not surprisingly, life as she knows it ends when the baby arrives, but when the lives of others mysteriously start ending, Natasha suspects the baby is more than just a nuisance. 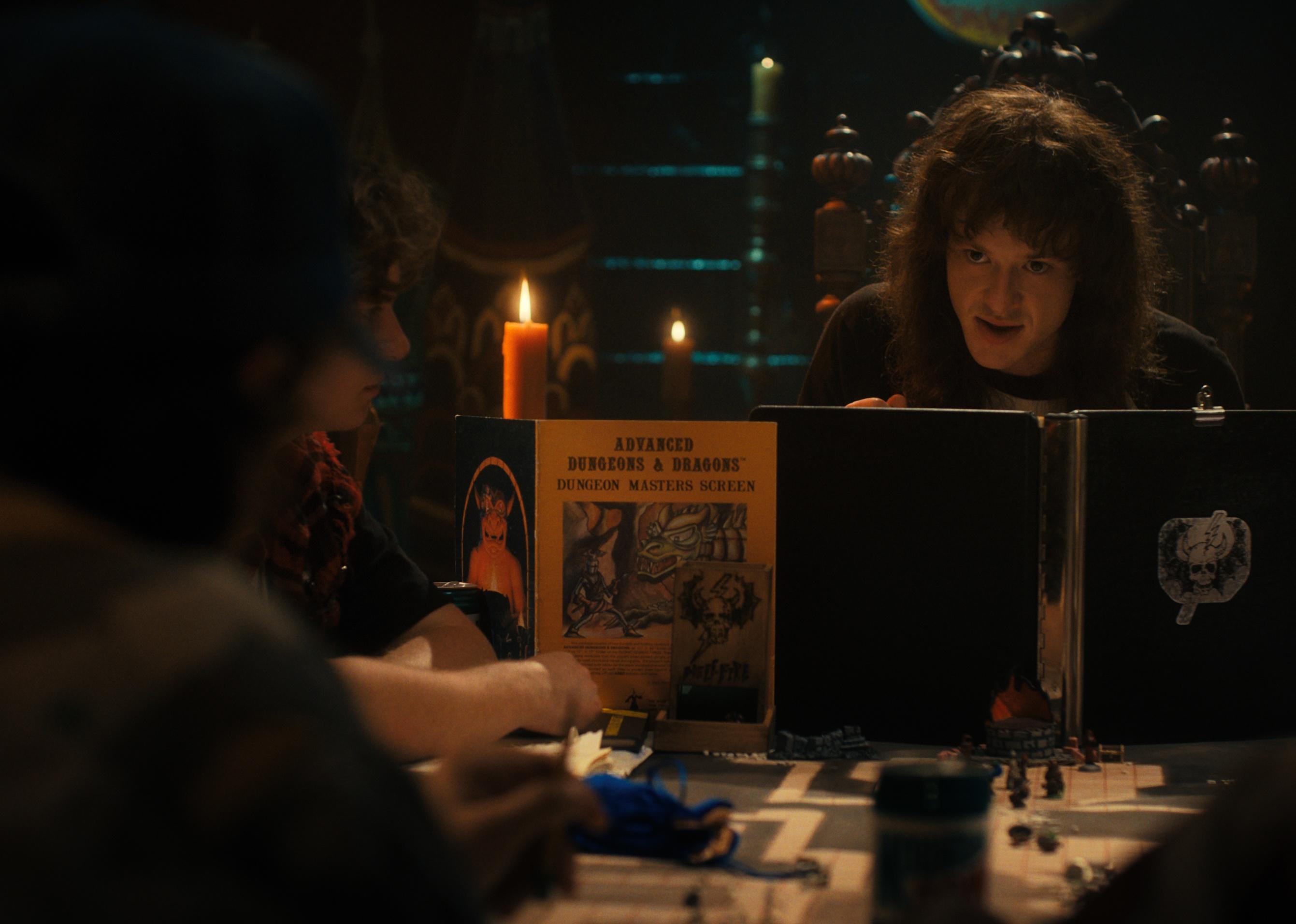 The highly anticipated return of “Stranger Things”—released nearly three years after the previous season—topped Netflix’s charts as the most popular English-language show ever and picked up an impressive 13 Primetime Emmy Award nominations.

The season is split into two parts, with the first volume—a seven-episode run—picking up eight months after the events of the season three finale. Full of the same 1980s nostalgia and supernatural elements viewers have grown to love, season four also takes on a darker tone as the main characters grow older.

Multiple storylines keep the episodes action-packed, as teenagers are mysteriously murdered in Hawkins, Eleven and the Byers family now live in California, and Hopper is alive but held captive in a Soviet prison camp. 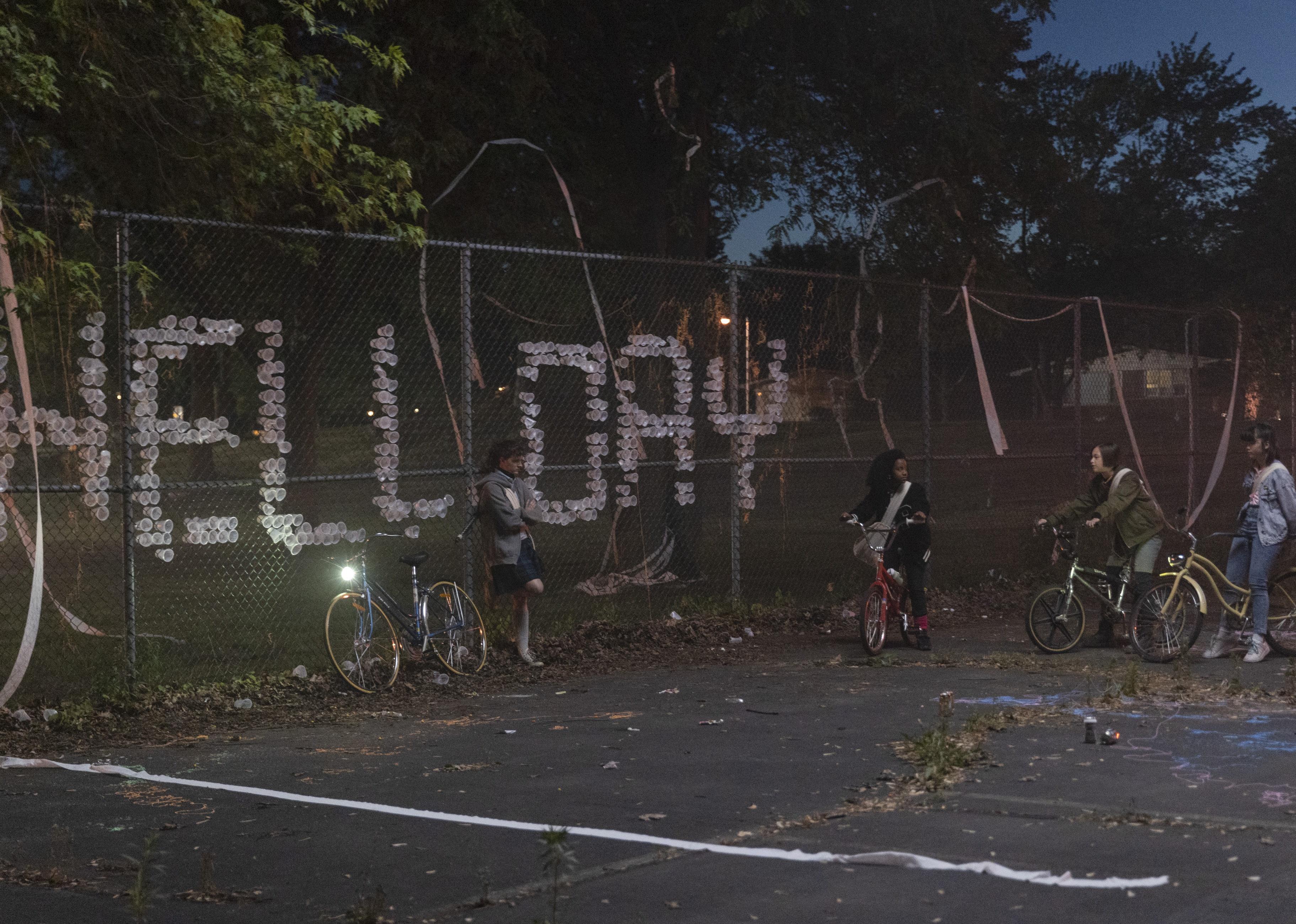 “Paper Girls” is a science-fiction series based on the comic books written by Brian K. Vaughan and illustrated by Cliff Chiang.

The show follows four young girls who disappear while delivering newspapers the morning after Halloween 1988, time traveling forward to 2019. While trying to find their way back home, the girls come face-to-face with their future selves and the daunting task of saving the world.

Despite receiving praise from critics and casting well-known female actresses, including Adina Porter and Ali Wong, Amazon Prime Video canceled the show after only one season; however, media company Legendary Television plans to shop the series for a new home. 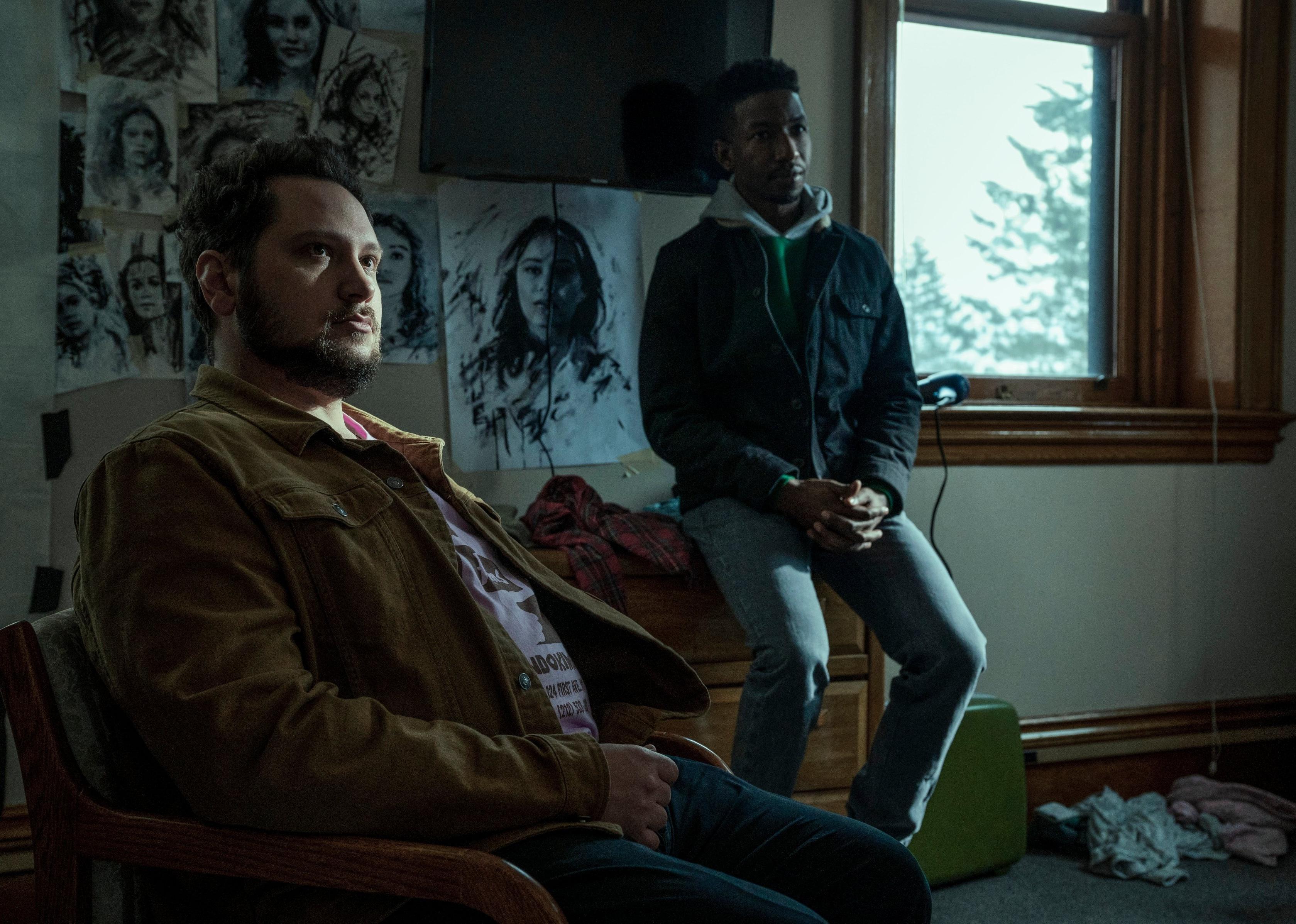 “Archive 81,” adapted for TV from the found footage-style podcast of the same name, is an eight-episode supernatural horror story. The series broke into the top 10 for U.S. Netflix and Nielsen weekly ratings after its release.

The premise: Dan Turner is an archivist hired to restore a series of tapes from 1994—the dissertation of graduate student Melody Pendras, involving an enigmatic cult and an apartment building that burned down. As Dan makes his way through the tapes, he becomes increasingly entangled in Melody’s disappearance and the mystery of what really happened in that apartment building. 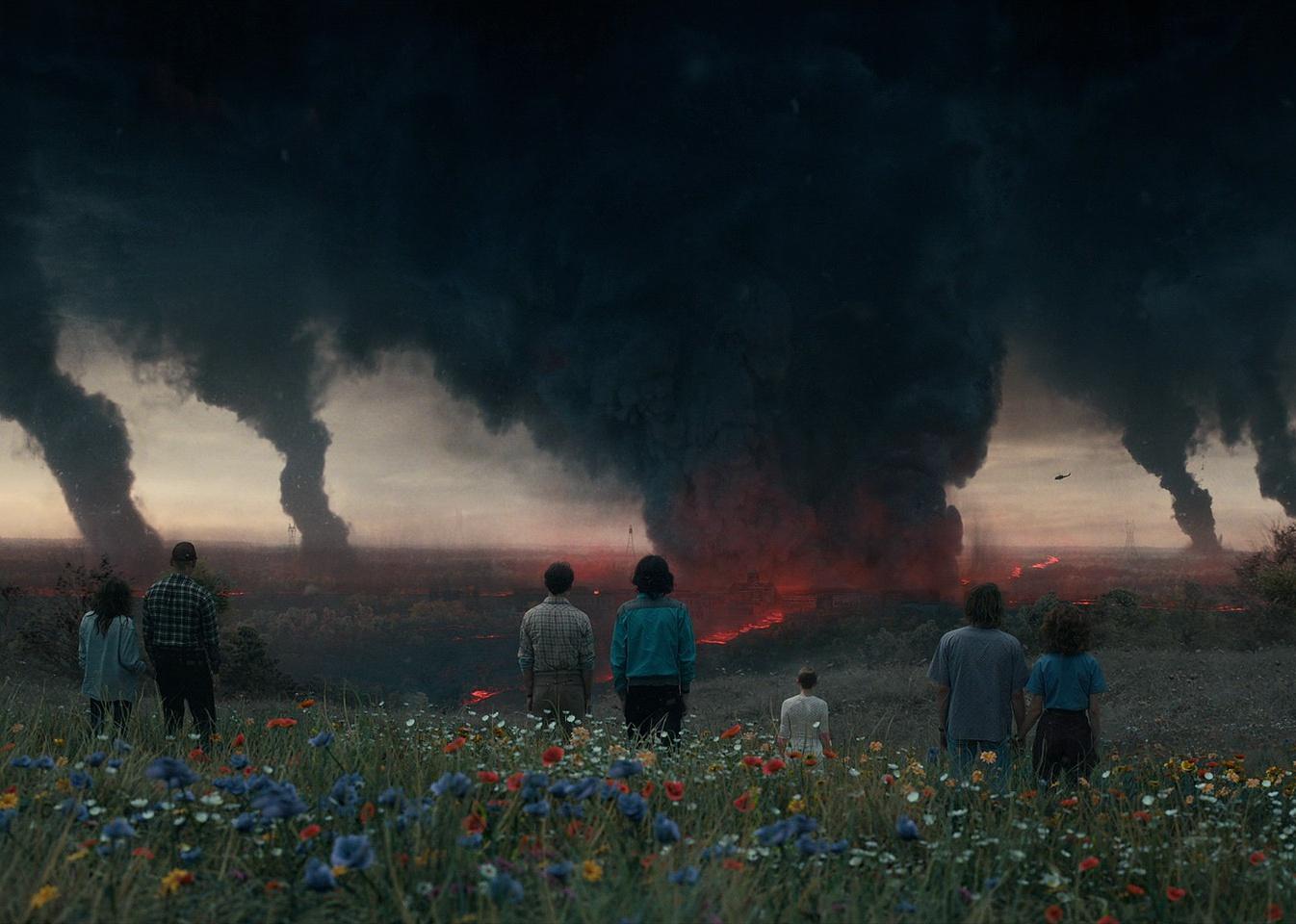 The total runtime of “Stranger Things” season four is almost twice as long as any previous season of the show, leading showrunners to break it into two separate volumes released about a month apart. With a season this epic, it’s no wonder Netflix spent a reported $30 million per episode.

The second half of this season consists of two massive episodes, clocking in at 85 minutes and 139 minutes, respectively. The conclusion of season four is full of spoilers, but suffice it to say the tension is high, lives are on the line, and the story is swiftly moving toward its conclusion in the upcoming fifth and final season. 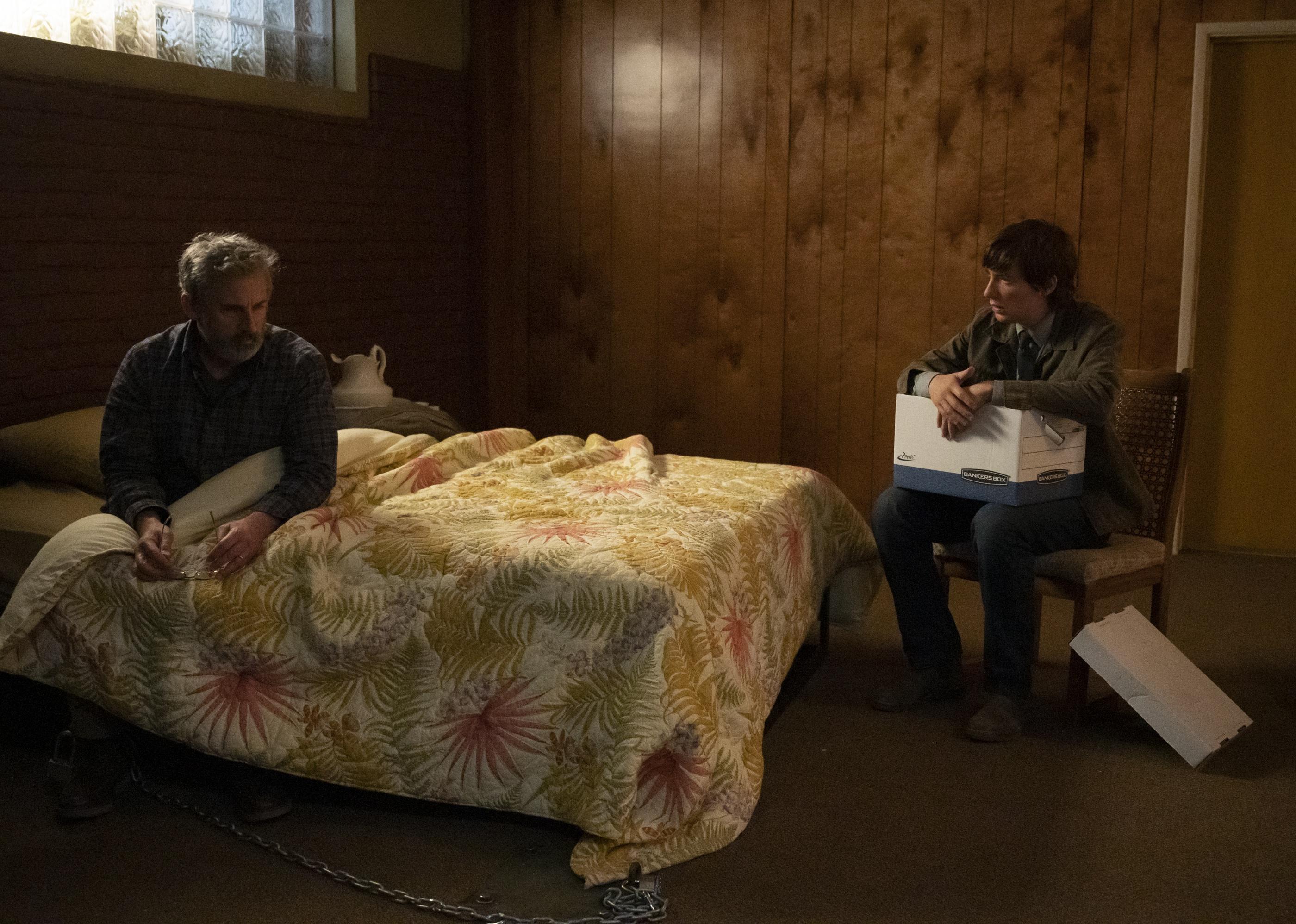 “The Patient,” a limited series created by FX for Hulu, takes on the trope of a therapist with an unhinged patient who goes a step too far. Domhnall Gleeson plays Sam Fortner, a serial killer who kidnaps Dr. Alan Strauss (Steve Carell) in a misguided attempt to find a cure for his murderous ways.

The 10 short episodes—generally clocking in at 30 minutes or less—were released one tension-filled installment per week, a rarity in today’s world of streaming and binge-watching. Created by the duo of Joel Fields and Joe Weisberg, executive producers of another FX hit series, “The Americans,” it is no surprise this psychological thriller found acclaim among critics. 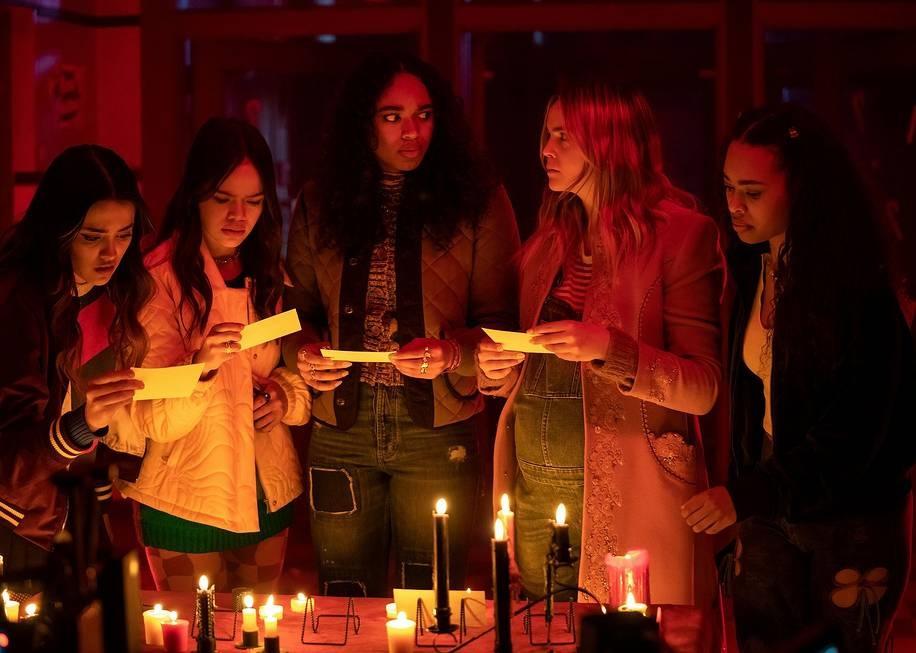 “Pretty Little Liars: Original Sin” is the fourth in a series of TV shows adapted from Sara Shepard’s “Pretty Little Liars” young adult book series. When a mysterious person named “A” confronts a group of Pennsylvania teenagers about a teenager’s death from 20 years ago, the teens are forced to investigate what happened and how their mothers were involved.

This newest installment in the “Pretty Little Liars” universe, created by Roberto Aguirre-Sacasa and Lindsay Calhoon Bring, is the first to air outside ABC Family/Freeform. HBO Max announced it is renewing the series for a second season, so fans can rest assured that plenty more teen drama and horror will come. 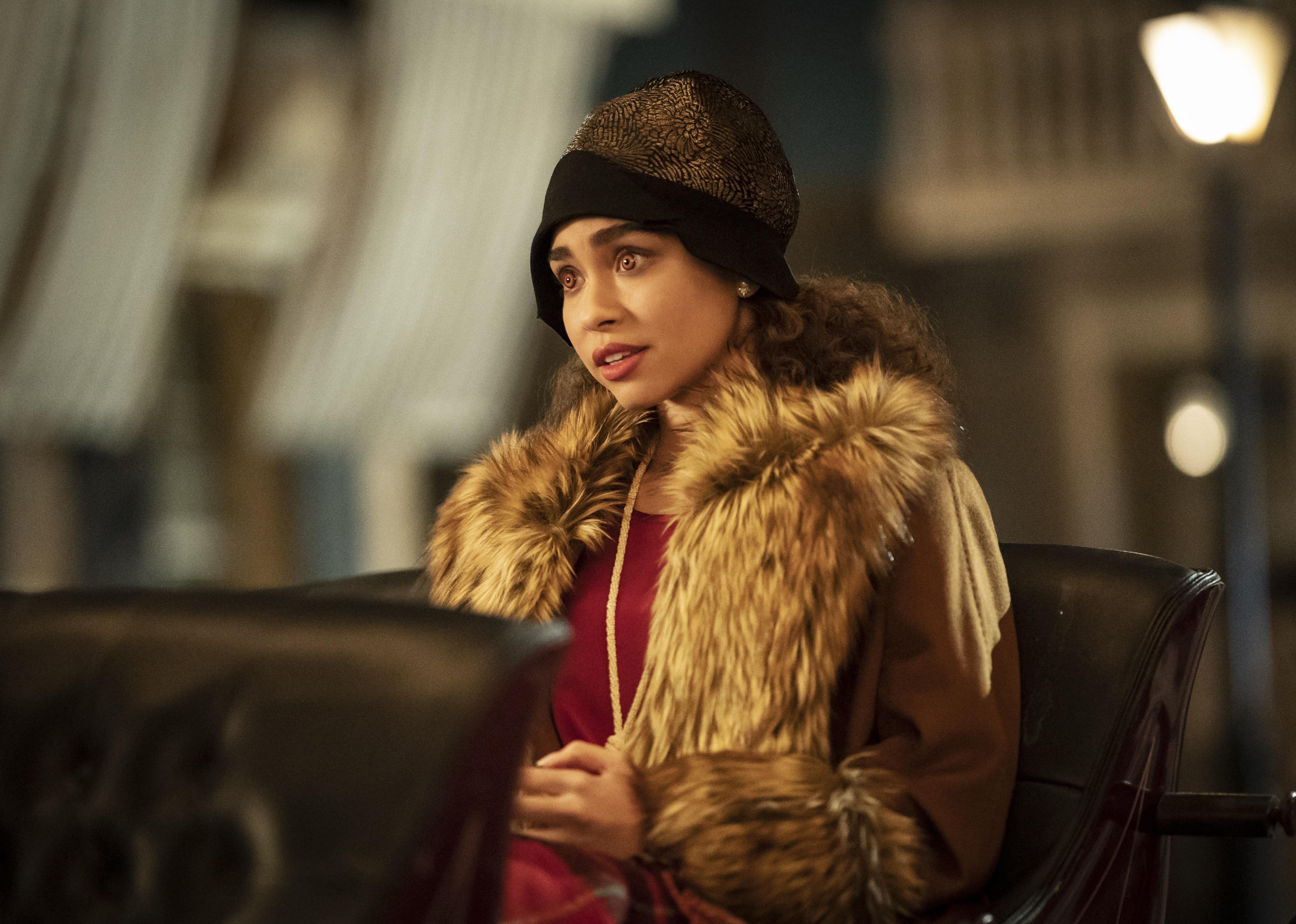 Anne Rice’s bestselling novel “Interview with the Vampire” has been resurrected as a TV series by AMC, with an eight-episode first season and a second season promised before the first even aired. Following the book’s plot, Louis de Pointe du Lac is 200 years old and ready to share his story—how Lestat de Lioncourt made him into a vampire, as well as all the wonderful and horrible things that follow in his immortality.

Jacob Anderson and Sam Reid assume the roles of Louis and Lestat (played by Brad Pitt and Tom Cruise in the well-known 1994 film adaptation), with Eric Bogosian in the part of journalist Daniel (whom Christian Slater previously portrayed). Showrunners have worked hard to maintain fidelity to the original text while updating it for the present day. Anne Rice and her son Christopher were enlisted as executive producers before Rice’s death in December 2021. 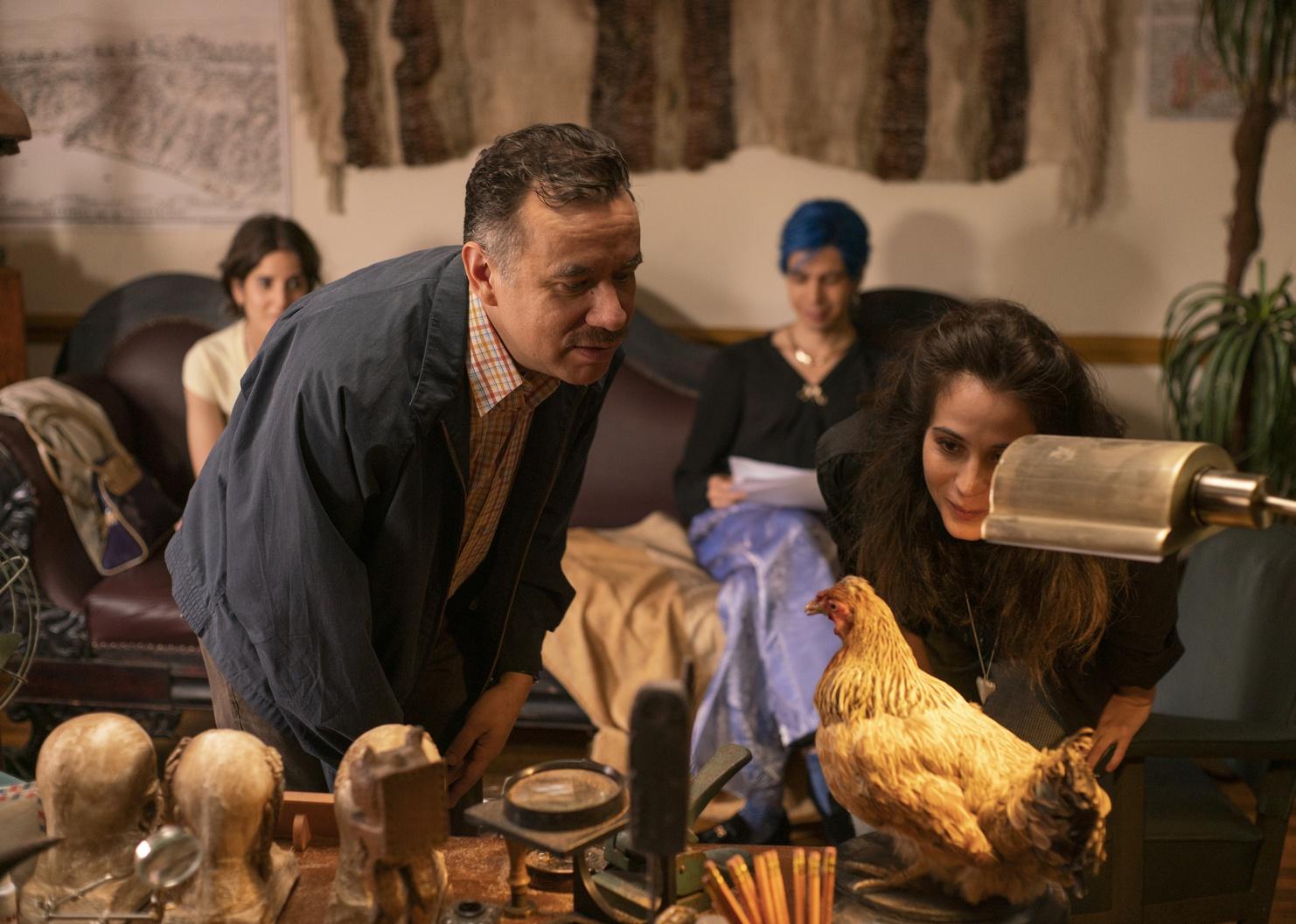 More than three years after the debut of “Los Espookys”—a show that alternates between Spanish and English—the series returned with a second season on HBO Max. Fred Armisen, Ana Fabrega, and Julio Torres, who also each play characters on the show, created this comedic take on horror.

“Los Espookys” follows a group of friends in an unspecified Latin American country who parlay their love of horror into a business, creating a range of scary encounters and occurrences for their clients. The result: a quirky series that critics adore for its unique storylines and ability to blend genres.