Court upholds conviction of man who robbed store at gunpoint, then entered hospital wounded claiming he was the one who was robbed 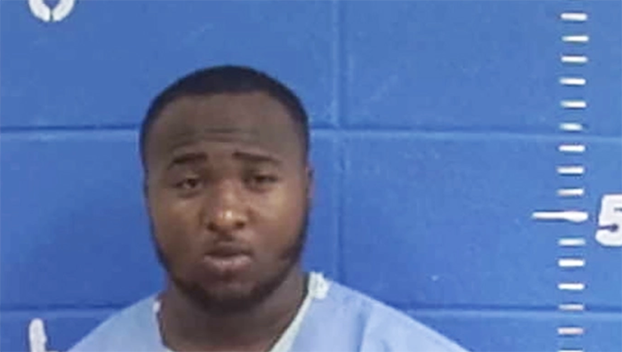 The Mississippi Court of Appeals has upheld the conviction and sentencing of a Meadville man for a 2018 armed robbery.

“However, we find no merit to this claim and affirm O’Quinn’s conviction and sentence,” the justices wrote in their opinion, published Tuesday.

On April 6, 2018, just after 9 p.m., a heavy-set black male in a black and blue hoodie entered Dollar General on Hwy. 84 in Lincoln County and brandished a handgun at the cashier. The man moved behind the register while pointing the gun at the employee, voided the current transaction and opened the register, taking approximately $130. He then ran from the store to a gold Chevrolet Malibu waiting in the parking lot.

Steven Martin Jr. was in the checkout line at the time. He followed the robber out of the store and retrieved a shotgun from his own pickup truck. Martin attempted to shoot out the front passenger-side tire, but the slug hit the car’s windshield. Martin said as the car drove away, the front passenger door opened and the passenger’s head and hand protruded from the car before he was pulled back inside. This was not the man who robbed the store, Martin testified.

A short time later, Lincoln County Sheriff’s deputies stopped a “silver goldish Malibu” at a nearby gas station on Hwy. 51. The occupants, Trelin McWilliams and a 16-year-old minor, were detained. They told officers they had dropped O’Quinn at the hospital. A 2-year-old, identified as O’Quinn’s niece, was in the backseat of the car.

Officers searched the minor and found a roll of money totaling $13 and a handgun in his pocket. There was blood on the money, which DNA testing later showed was consistent with O’Quinn’s DNA profile.

Officers also saw what appeared to be blood on the car’s gear shift and steering wheel. They found clothing in the trunk that matched the description of what the robber had worn. These also had blood on them and a hole in the right pants leg with blood around it.

LCSO investigator Leslie Falvey later went to King’s Daughters Medical Center in response to a call about a man who claimed to have been robbed after leaving a nearby bank. The man — O’Quinn — had wounds to his right hand and thigh. The thigh wound appeared consistent with the hole in the pants found in the Malibu. O’Quinn was arrested and charged with armed robbery.

At the trial, cashier Amiracle Smith identified Smith as the man who had robbed the store. She also testified that his ability to work the register seemed to her that he had been a Dollar General employee.

Dollar General regional manager Robert Sanchez testified that O’Quinn has been an employee at the Roxie and Meadville stores. Surveillance video was also introduced as evidence.

The jury found O’Quinn guilty of armed robbery. He was sentenced to 30 years in the custody of the Mississippi Department of Corrections, with 10 years suspended and 20 to serve, with five years of post-release supervision.

O’Quinn’s motion for a new trial was denied. On appeal, he argued his trial attorney was ineffective due to failure to object to multiple instances of hearsay. The Court of Appeals denied the motion, saying “the record affirmatively shows that the claims are without merit,” and “the evidence against O’Quinn was overwhelming.”

All justices concurred on the decision.