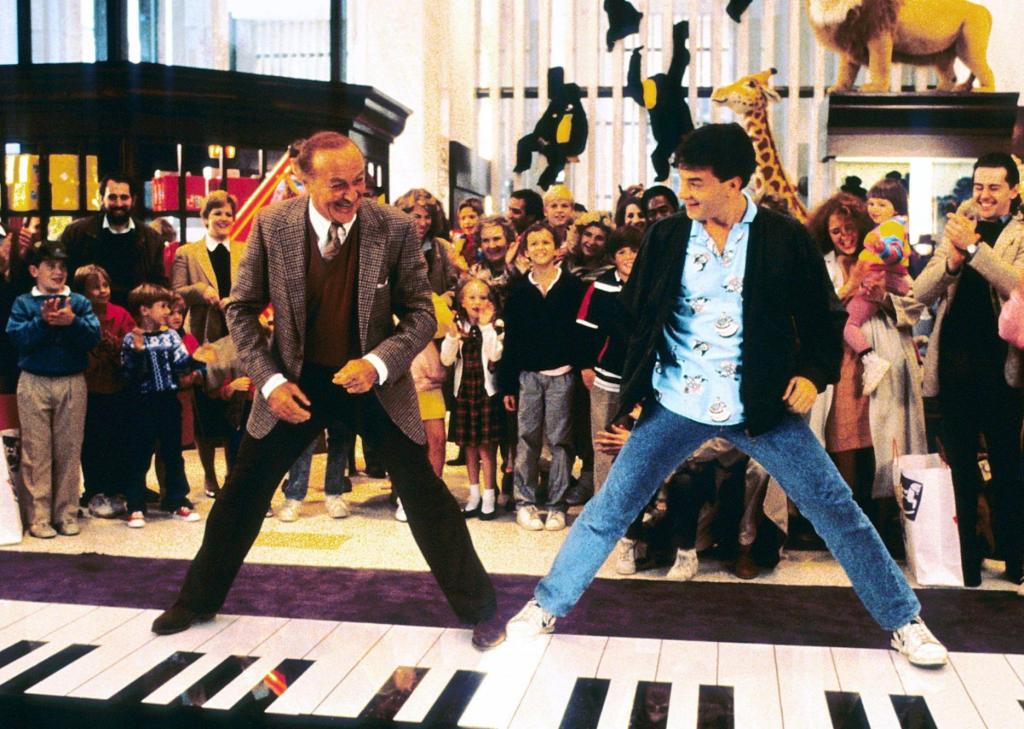 Every so often, a film introduces a premise or plot device so reusable that it almost becomes a subgenre unto itself. The classic body swap is no exception. It occurs when a major character (or characters) ends up in the body of another person or animal. Conflict typically follows but so too do important themes and lessons, with the protagonist coming of age by seeing the world through someone (or something) else’s eyes.

More recent examples of body-swap movies include the 2020 horror comedy “Freaky” and the 2009 teen film “17 Again.” Both films continue a tradition that’s been around for decades and proven more versatile than one might think. In the 1970 comedy “Watermelon Man,” body swapping dove into social themes by having a white racist wake up as a Black man. Or consider the 1984 comedy “All of Me,” which sees a male lawyer and female millionaire share the same body.

In the 1980s, body swapping exploded across the cultural landscape toward the decade’s end. Within two years, there came “Big,” “Vice Versa,” “Like Father, Like Son,” and “18 Again!”—all of which made use of the gimmick. Outside of comedy, sci-fi blockbusters such as James Cameron’s “Avatar” and David Lynch’s surrealist thrillers “Mulholland Drive” and “Lost Highway” all feature body swapping. At least some of these titles appear on the following list of best body-swap movies; read on to find out which ones.

Stacker compiled data on all movies where body swapping played a significant role and ranked the top 10 according to IMDb user ratings. At least one major character had to end up in someone else’s body to qualify, be it in a two-way switch or simply the taking over a new corpse. Films had to be feature-length and have at least 10,000 votes (movies before 1960 only needed 2,500). 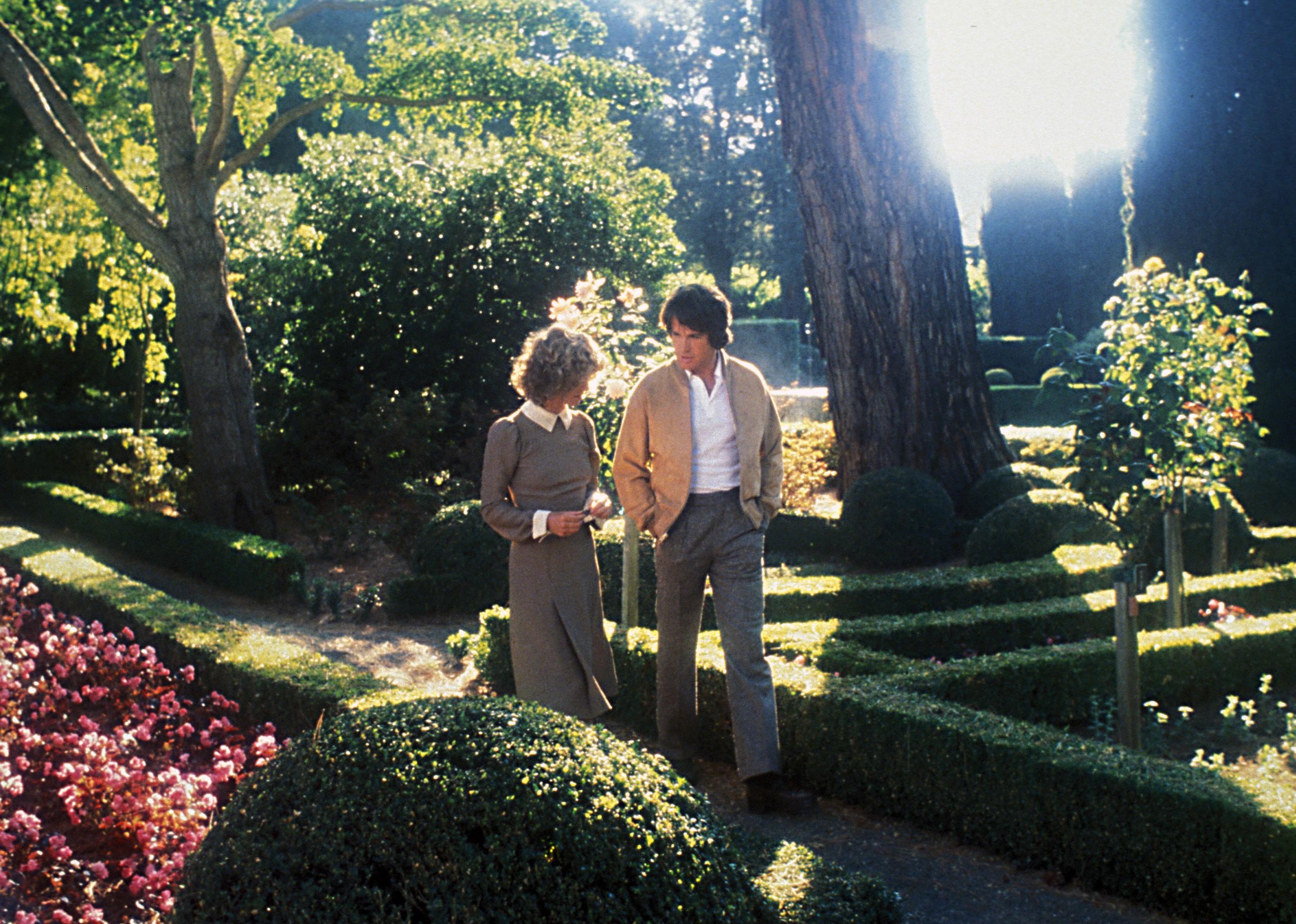 Warren Beatty co-directed, co-wrote, produced, and stars in this adaptation of a Harry Segall play. Upon his premature death, a football player (Beatty) returns to Earth by taking over the body of a greedy millionaire. Filmmakers crafted the movie in the vein of Old Hollywood screwball comedies at a time when the subgenre was more or less out of style. 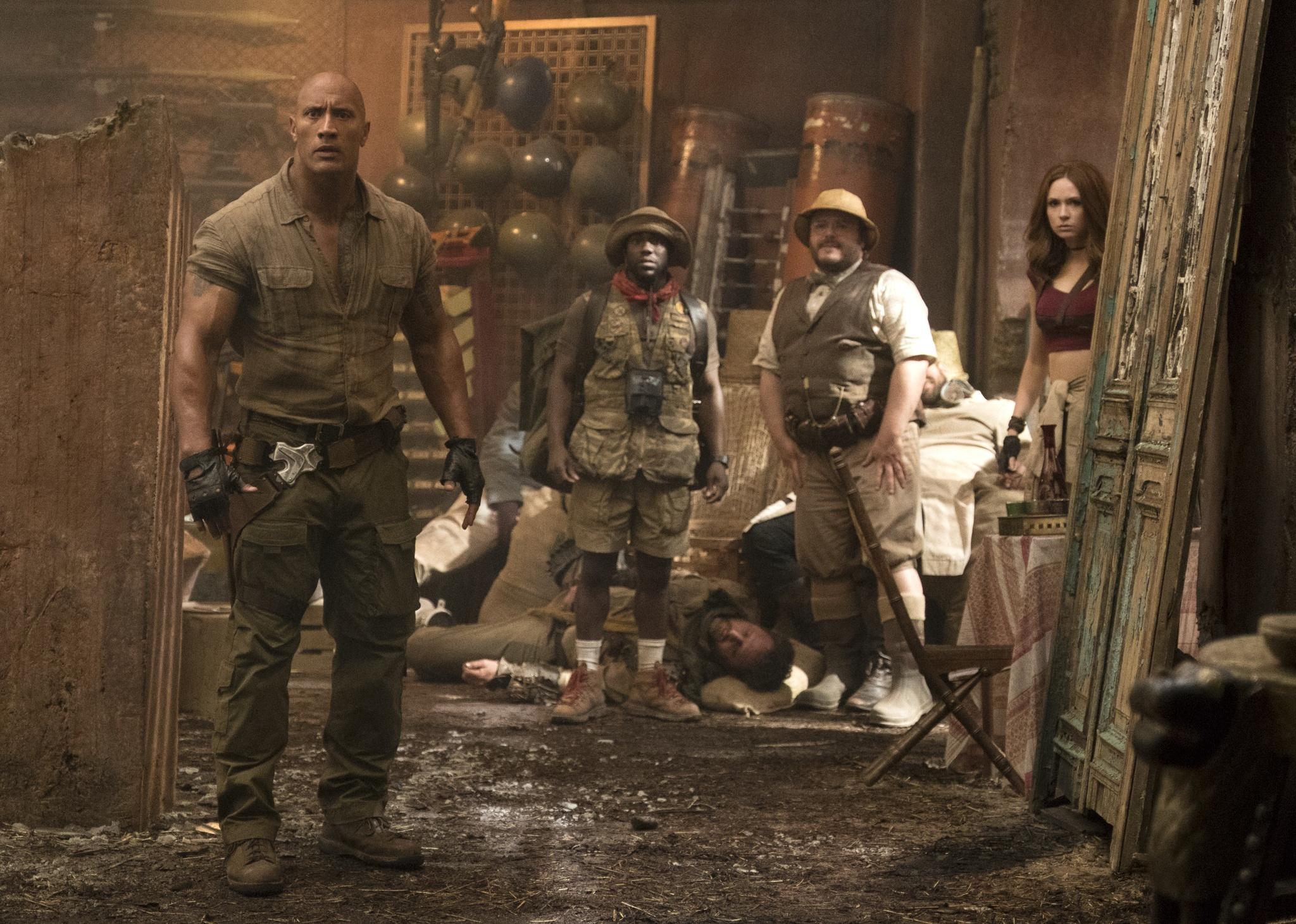 A classic board game laid the unlikely groundwork for a popular film franchise, which kicked off in 1995 and continued with this recent sequel. It doubles as a reboot of sorts and introduces a new cast of characters, each of whom gets sucked into the world of Jumanji. Under the guise of adult avatars, the players must complete the game or perish in the process.

The film opened at #2 at the domestic box office but ended up being a surprise smash with nearly $1 billion in global receipts. Stars Dwayne Johnson, Karen Gillan, Kevin Hart, and Jack Black returned for the 2019 sequel “Jumanji: The Next Level.” 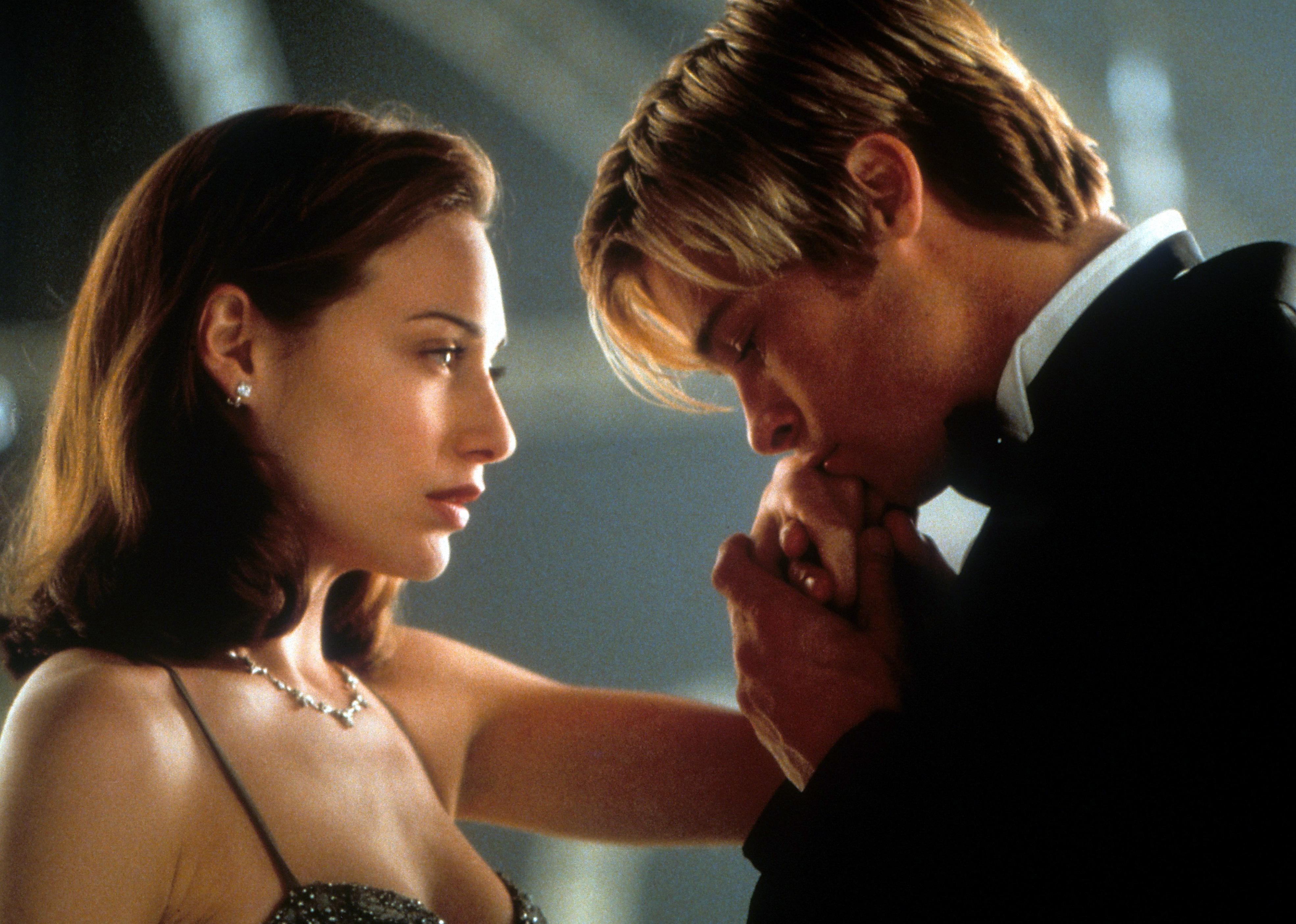 Director Martin Brest followed the Oscar-winning dramedy “Scent of a Woman” with this romantic fantasy drama. Brad Pitt plays the title character, Death in the form of a human body. Sent to retrieve an aging media mogul (Anthony Hopkins), Joe Black decides to spend some quality time on Earth instead.

A box office disappointment, the movie features an infamous car accident scene that’s taken on a second life as an internet meme. The airline and TV version cut out 50 minutes of footage, to the chagrin of Brest, who disowned that particular cut. 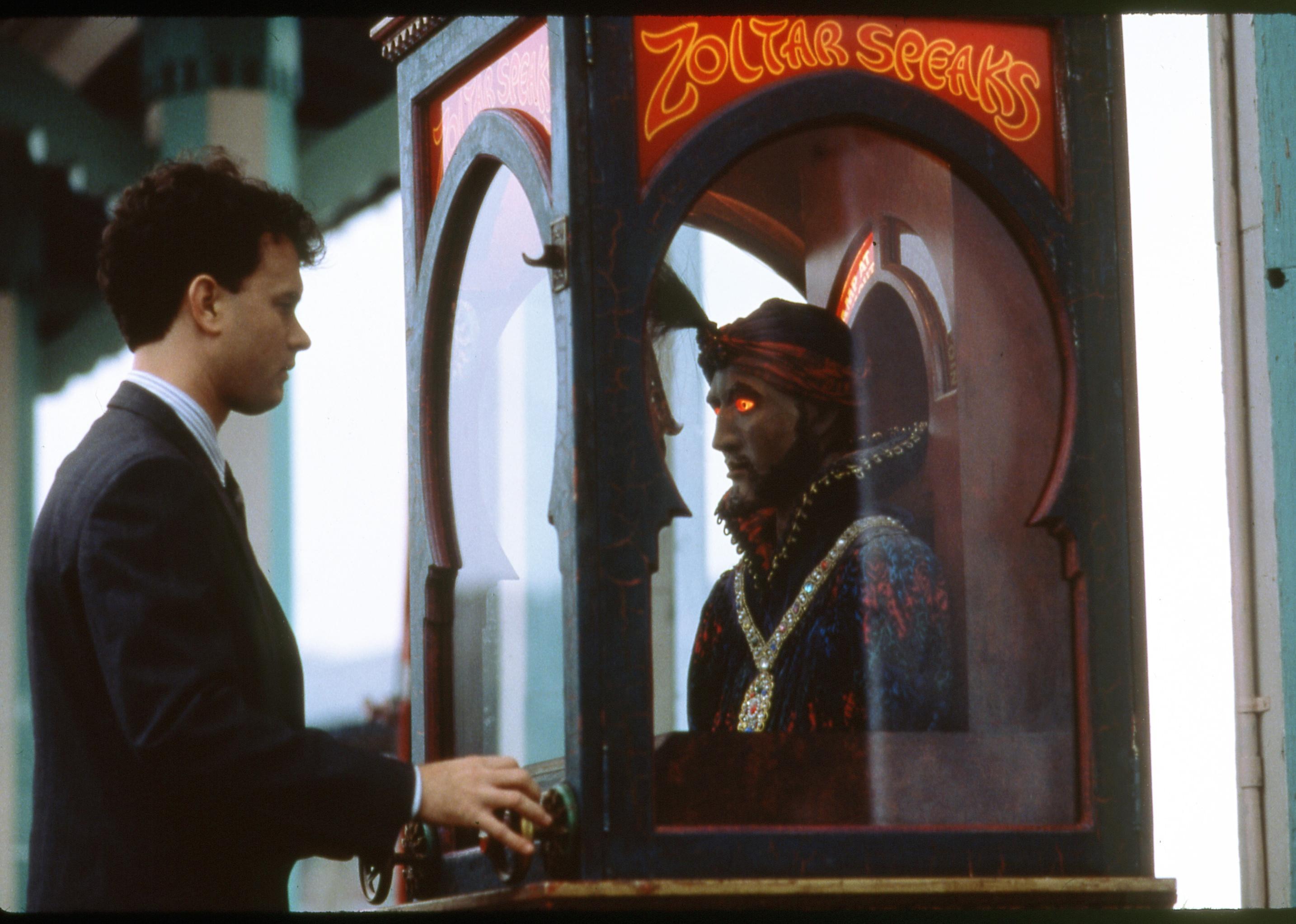 Director Penny Marshall’s blockbuster comedy cemented Tom Hanks’ status as an A-list movie star. It opens with the story of a frustrated young boy (David Moscow) who makes a wish to be “big” on a fortune-telling machine. He wakes up the next day to find that his wish has been granted, with the body of a full-grown adult (Hanks) to show for it. Forced to come of age, he moves to New York City and lands a job at a toy company.

This movie was the first directed by a woman to make over $100 million at the domestic box office. It came out at a time when the body-swapping premise was quite popular, as evidenced by contemporary titles such as 1987’s “Like Father Like Son” and 1988’s “Vice Versa.” 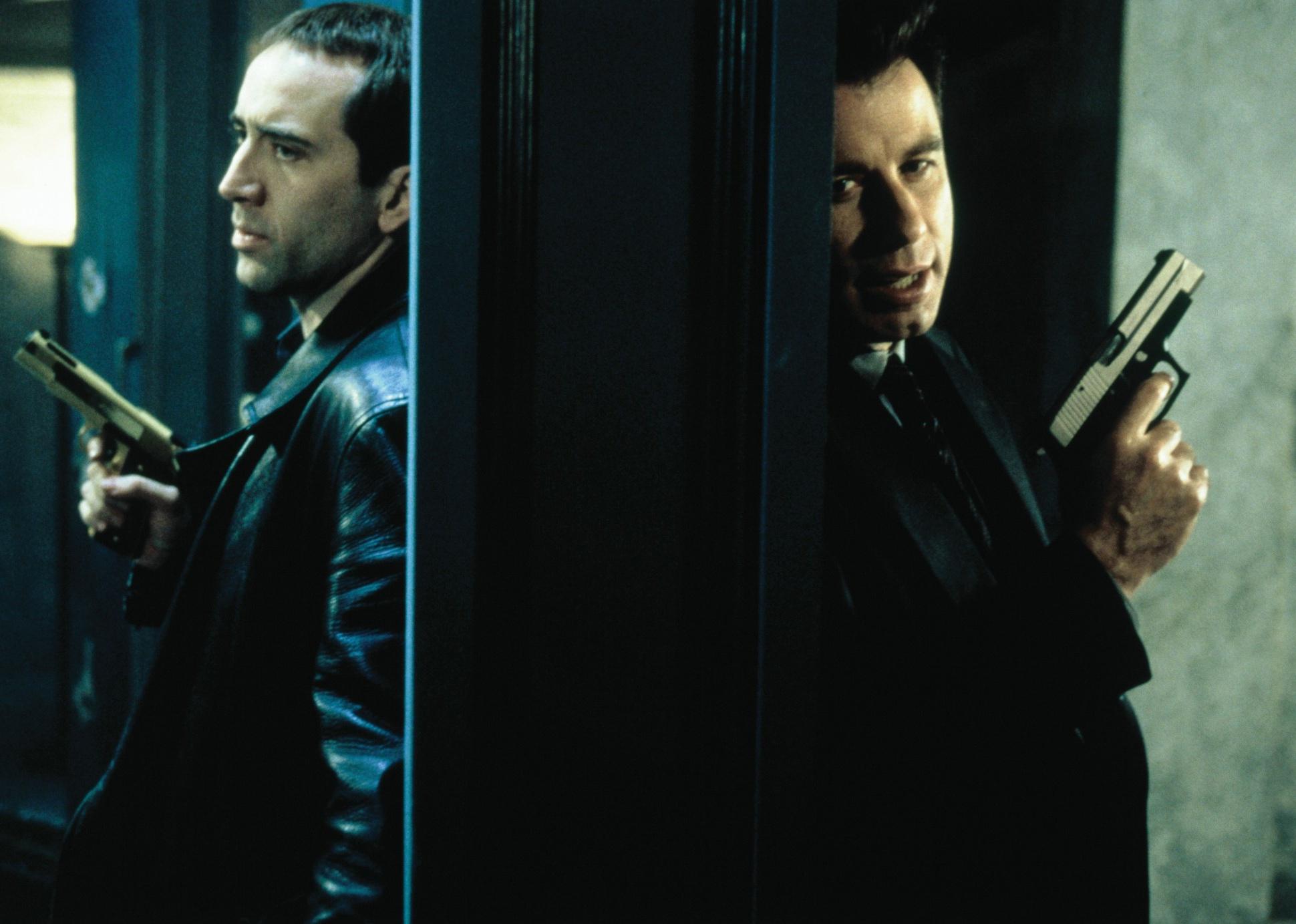 Headlined by multiple talents at the top of their game, this sci-fi action thriller dispenses with an outright wild premise. As a terrorist plot looms, FBI Agent Sean Archer (John Travolta) undergoes a surgical procedure to look like criminal mastermind Castor Troy (Nicolas Cage). At the same time, Castor Troy undergoes the same procedure and takes the form of Sean Archer. The plot only gets crazier from there.

It would be too much to take in if not for the commanding performances of the two leads. Director John Woo’s thrilling action sequences make the movie’s sheer ridiculousness all the more digestible. 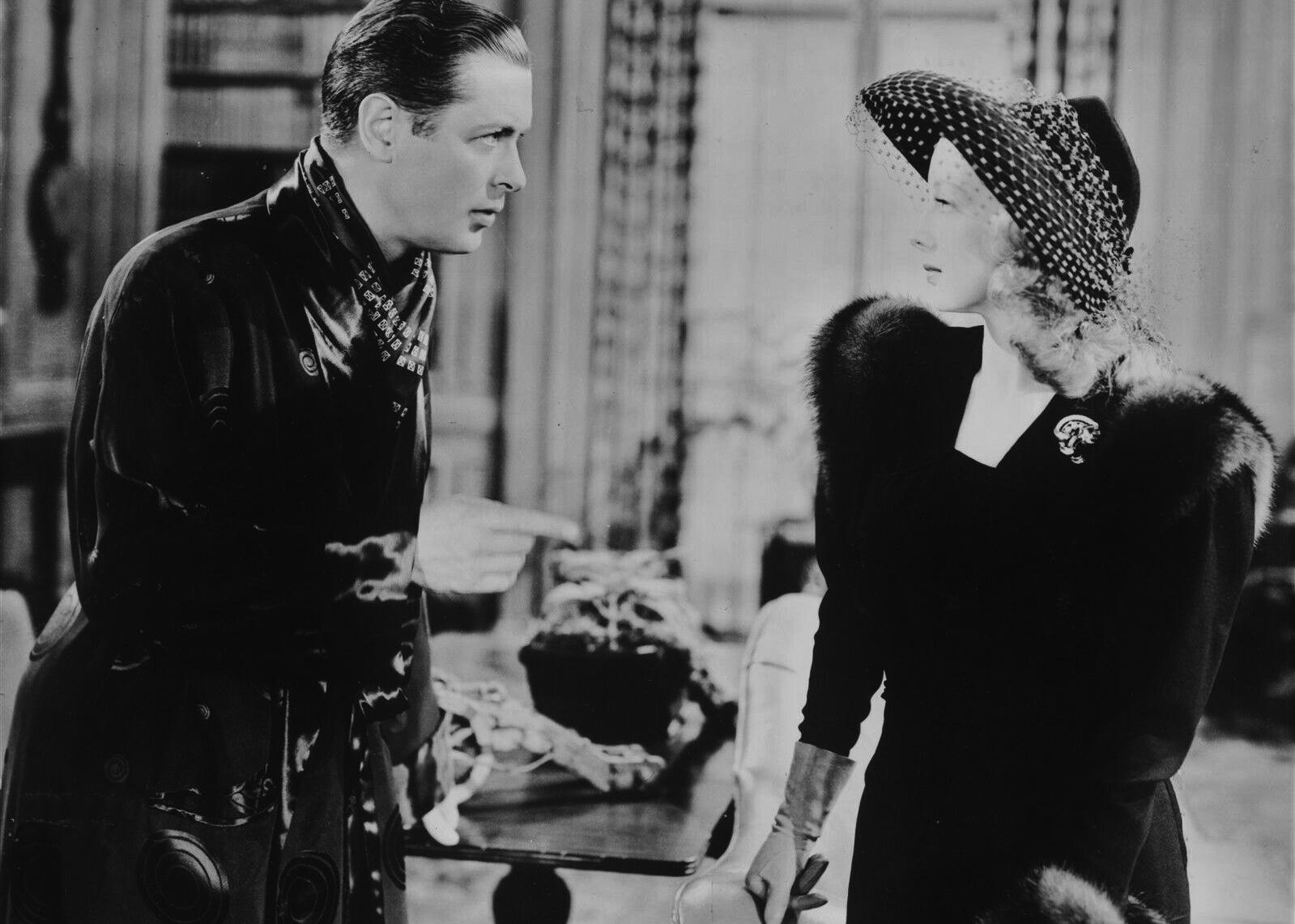 Decades before Warren Beatty’s 1978 afterlife comedy, there came this Old Hollywood adaptation of the play “Heaven Can Wait.” In this version, a boxer who dies before his time (Robert Montgomery), returns to Earth in the body of a millionaire.

It won two Academy Awards for Best Original Story and Best Screenplay and yielded a sequel called “Down to Earth.” It holds an impressive score of 100% on Rotten Tomatoes’s Tomatometer. Critic Emanuel Levy described it as a “mildly amusing comedy fantasy that was extremely popular during WWII.” 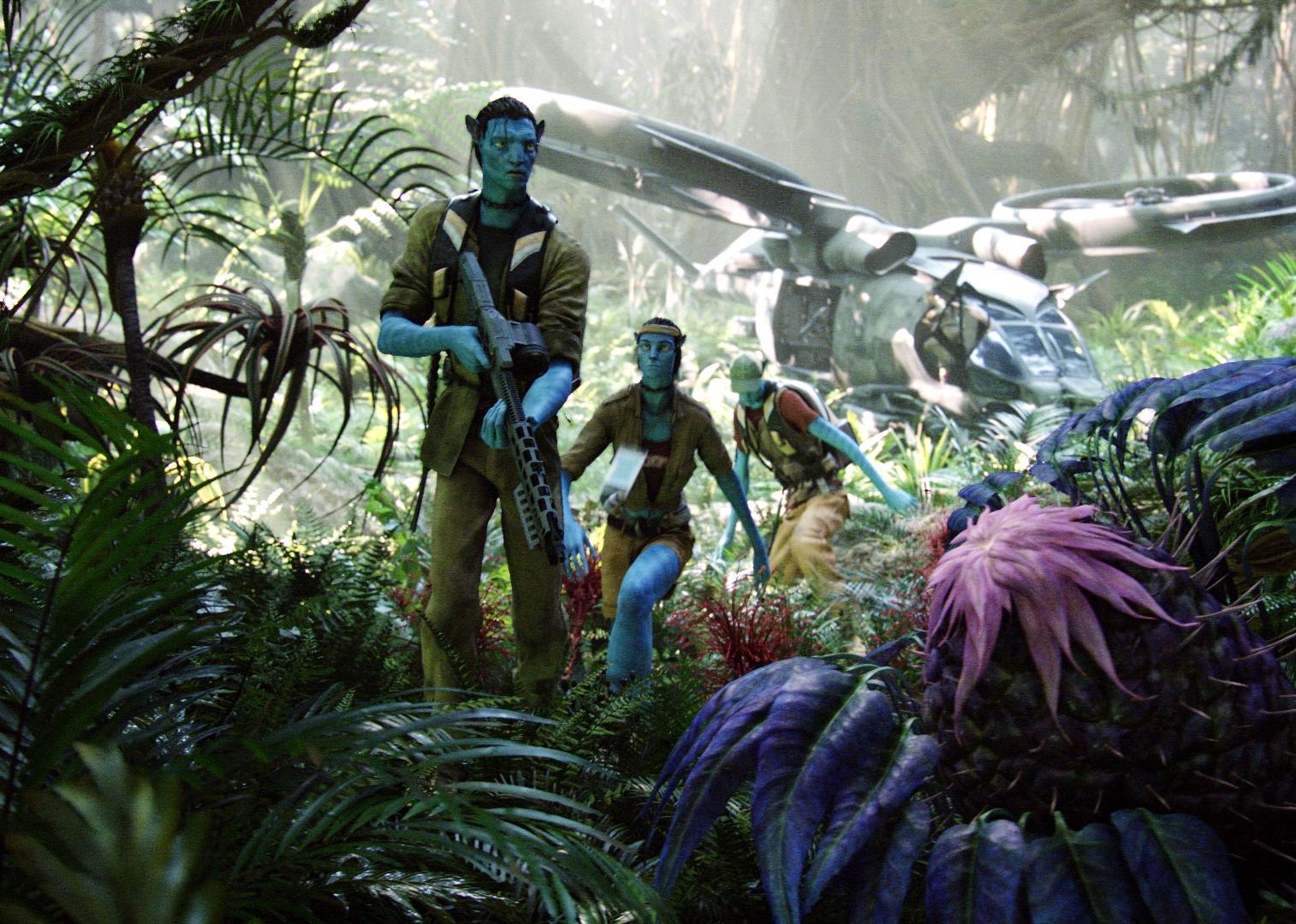 Director James Cameron began developing this fantasy epic as early as 1994 and spent the next 15 years bringing it to life. It made groundbreaking use of 3D camera technology and became the highest-grossing film of all time.

The story, set on a distant moon, follows a paraplegic Marine (Sam Worthington) who scientists genetically implant into the body of a native humanoid species. His mission is to help pave the way for the further extraction of a precious mineral called unobtanium. A long-awaited sequel arrives in theaters in December 2022. 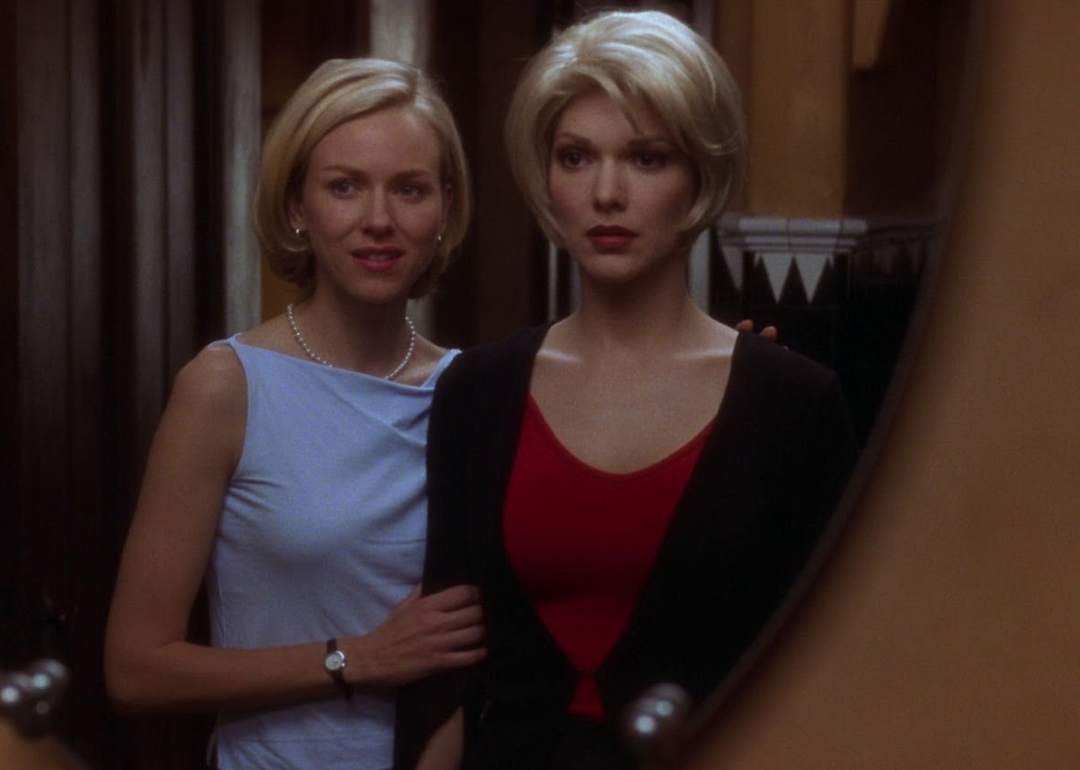 David Lynch turned an unaired TV pilot into this hallucinatory neo-noir, in which the Hollywood dream becomes a literal nightmare. Its approach to body swapping is nearly as elusive as the labyrinthine plot, with the protagonist (Naomi Watts) waking up as a different person in the final act. Her story exists in the shadow of thwarted ambition and a failed romance, wrangling in various power struggles as it unfolds.

Hailed as a masterpiece on arrival, the film was later named the 21st century’s best by BBC Culture. 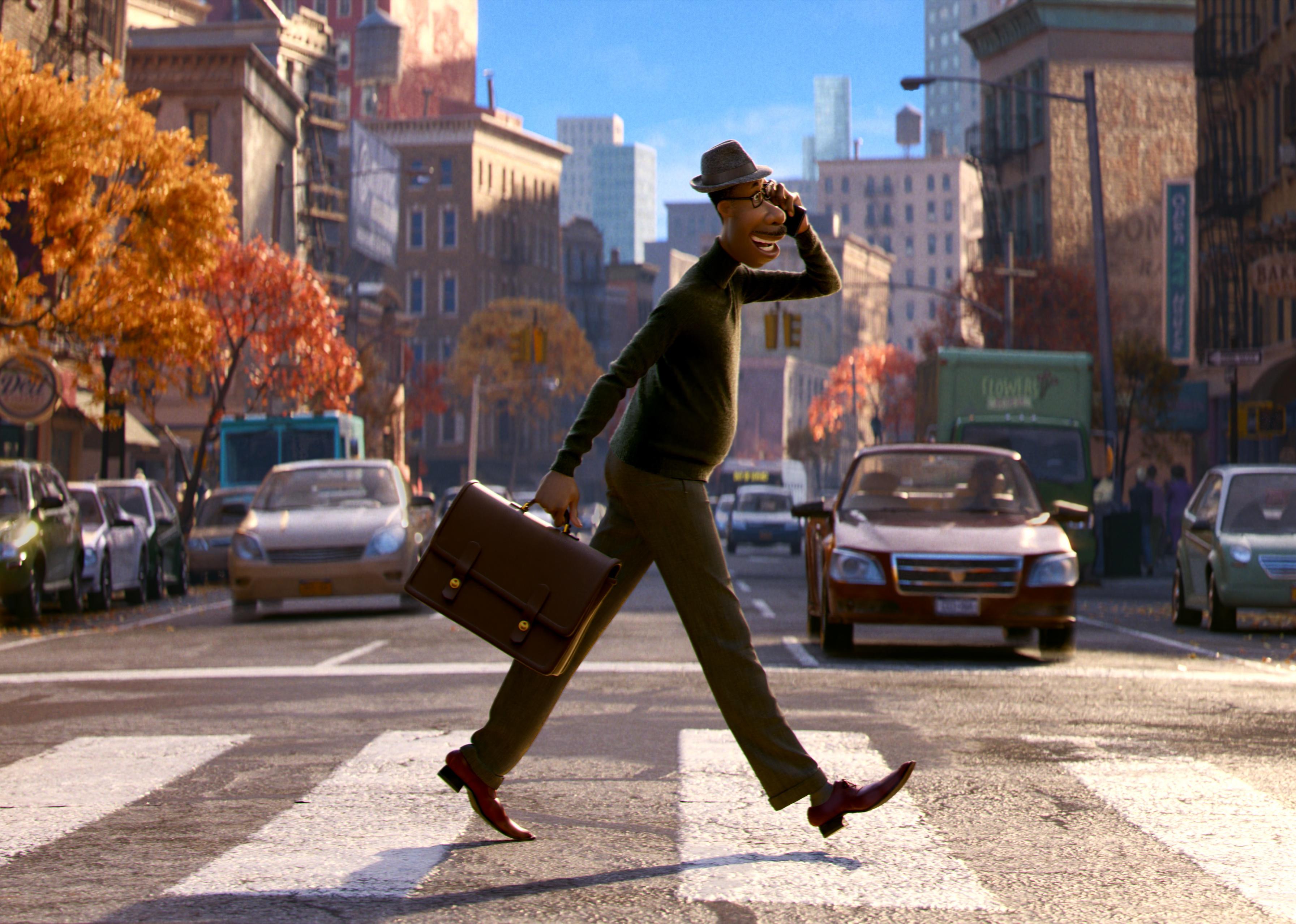 This Pixar musical dramedy takes a few cues from previous films, such as “Heaven Can Wait.” It follows a music teacher named Joe (voiced by Jamie Foxx) to the afterlife and back. Upon his return, Joe and his travel companion 22 (voiced by Tina Fey) accidentally swap bodies. Their subsequent journey explores the theme of finding one’s spark or passion, hence the title.

It won two Academy Awards, including Best Animated Feature Film. A 2021 short called “22 vs. Earth” doubles as a mini-prequel. 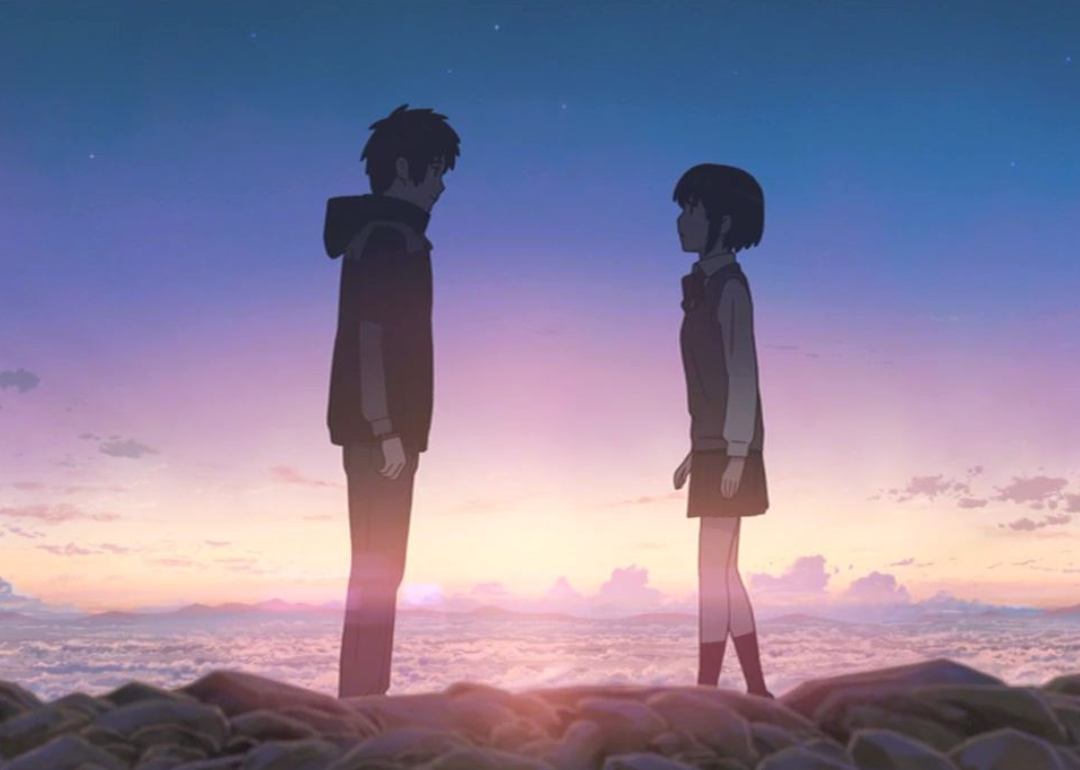 Some consider this romantic fantasy from Japan one of the greatest animes of all time. It tells the story of two teenage strangers who wake up in each other’s bodies on random mornings. This begins their search for answers and a unique relationship transcending time and space.

Director Makoto Shinkai was inspired to create the film after a powerful earthquake and tsunami struck northeastern Japan in 2011. He’s described it as a reaction to the retroactive wishes made by victims in the wake of the catastrophe.