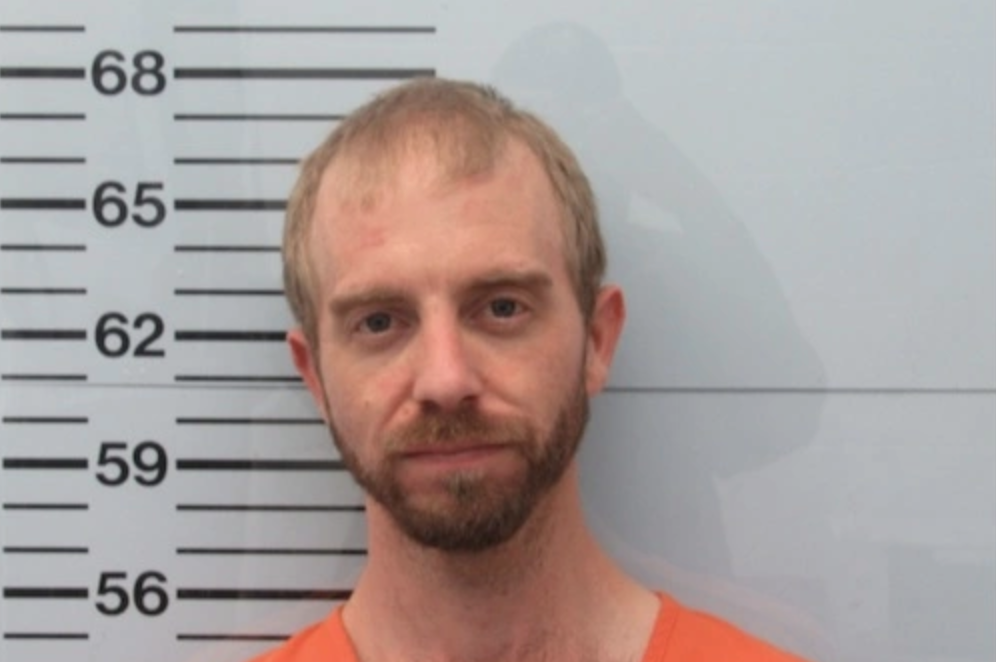 As part of his sentence, Matthew Reardon, 35, was banished from Lafayette County for five years and ordered to be on unsupervised probation.

The man banished from Lafayette County for stalking the Oxford mayor was sentenced to prison this week for violating that order.

Matthew Reardon was taken into custody on Tuesday and sentenced Thursday to a year in prison, with the pending four-year banishment sentence to be served after his release. If he violates the order again, he could face up to four years in prison.

According to court testimony, Reardon violated the order on Oct. 28 by presenting himself at the Oxford Federal Bureau of Investigations office on Oct. 31 in the Shelbi’s Place neighborhood.

Reardon has been banished from Lafayette County twice, the most recent sentence coming Sept. 30 after he pleaded guilty to a charge of aggravated stalking. His plea agreement included being banished from the county for five years as he served probation.

He had been arrested on June 28 by the Mississippi Bureau of Investigations after violating a restraining order that prevented him from coming within 500 feet of Oxford Mayor Robyn Tannehill or her husband, Rhea Tannehill.

The restraining order stemmed from a 2017 felony stalking arrest that led to Reardon’s first banishment from Lafayette County.

In that year, Reardon lost his right to own firearms and was ordered to move out of Lafayette County for five years after pleading guilty to aggravated stalking. Reardon, a self-proclaimed state flag and Second Amendment activist, was arrested in May 2017 and charged with misdemeanor disorderly conduct after he defied an order to leave from in front of the Confederate statue in front of the Lafayette County Courthouse. Later that month, he was arrested for felony aggravated stalking, although the name of the victim was not released at the time.

According to court records, the restraining order issued in 2017 specified that Reardon could not come within 500 feet of the Tannehills or Rhea Tannehill’s law firm, Tannehill, Carmean & McKenzie, PLLC, located on North Lamar Boulevard.

Reardon violated the restraining order on June 20, 2022, when he visited Oxford City Hall, which is Mayor Robyn Tannehill’s place of work.

In a Chancery Court hearing on June 30 at Calhoun County Courthouse, Lafayette County Chancery Court Judge Lawrence Little found Reardon in contempt of court for violating the protection order. According to witness testimony from Calhoun County Sheriff Greg Pollan, Reardon used expletives towards the Tannehills and repeatedly gave them the middle finger.

“I’m tired of it,” she continued. “It’s time for something to be done.”