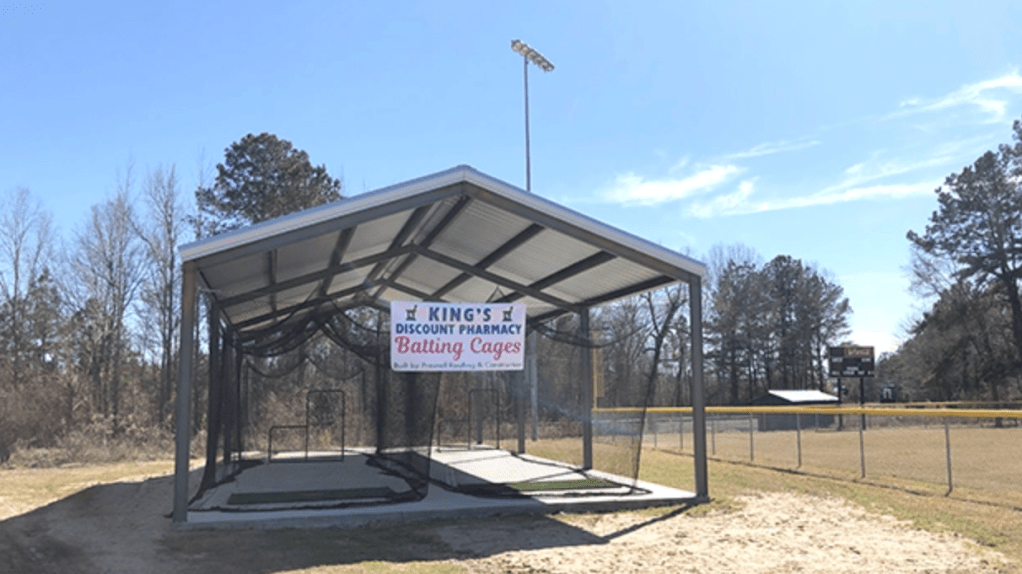 Franklin County Little League is offering a $500 reward for information that leads authorities to the people who vandalized batting cages at their field in Bude. Someone had cut the batting cage’s nets in a rare case of vandalism at the complex.

Little League director Brett Herring said the nets were brand new and installed about a year ago. Since then, the batting cages have not had any issues with vandalism. It is left open to the public to be used by the community year-round.

Herring said they do not have a fall season, so it had been a couple of weeks since anyone from the little league was at the cages. He said he made the discovery Thursday night as he and his son were going to get some hitting work in before baseball tryouts.

“It was a shock. It was heartbreaking. We have not had any problems since we built it,” he said. “We know it happened sometime in the past two weeks. We do not have security cameras, but Franklin Telephone might have something. Those nets are expensive and cost between $1,500 to $2,000.”

His preferred option is to replace the nets instead of patching the damage to keep the facility looking nice. Batting cage nets are needed to keep the public safe as it is in a high-traffic area between ball fields.

Herring said they have yet to get a call with information but are asking people in the community to call them with any tips. If you have information, call 601-532-7159.

Herring said they are working with local law enforcement from the Franklin County Sheriff’s Office and Bude Police Department but have yet to file an official report. It is unlikely they will catch whoever did it without help from the public or someone turning themselves in due to the time window it could have occurred and no identifying evidence.

“We had not had any vandalism at all until now. It is open to the public, and we just asked people to take care of the facility,” Herring said. “That is the worst thing. We have a product here for people to use. It is disheartening. There is only so much law enforcement can do. Without camera footage, it will be tough. We want to find the person who is responsible and get the nets repaired. That is our biggest concern.”