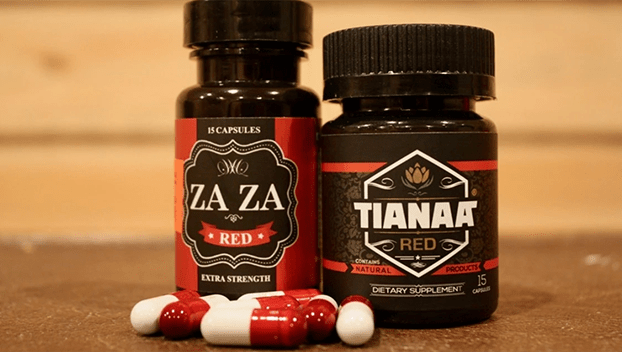 A new phenomena of “gas station drugs” is sweeping the nation. They’re perfectly legal and openly available. They go by exotic names like Tiana and ZaZa Red.

There is no age restriction — anyone can walk in and buy them at the corner store or neighborhood gas station.

Both the Batesville Police Department and the Panola County Sheriff’s Office has asked their respective boards to ban legal substances from being sold at convenience stores in the past, although these particular products have yet to be brought before aldermen or supervisors locally.

“In my 25-plus years of working in substance use disorder treatment, I’ve never seen anything more dangerous. Gas station drugs have been a scourge on our communities for years, luring youth into dangerous addictions and tempting those already suffering with substance use disorder with an alleged solution to their addiction,” said Mark Stovall, CEO of Oxford Treatment Center. “But these synthetic drugs — made from untested chemicals and unverified ingredients — are just as dangerous as methamphetamines, opioids, or heroin, often causing life-altering and even deadly reactions. It’s time immediate action is taken before more harm is done.”

Stovall said far too many people assume that because these drugs are legal, that means they’re safe.

“In my career, some of the scariest episodes and most permanent damage I’ve seen in patients have come from gas station drug use. People under the influence of these synthetic chemicals display symptoms often associated with serious mental health conditions: psychosis, delirium, hallucinations, severe depression, paranoia. They are a danger to themselves and others, and often have to be restrained for their own protection,” he said.

It started with K2/spice, a synthetic substance that claimed to mimic the effects of marijuana. But it soon became so problematic, the DEA banned it in 2011.

Next it was bath salts, which gained national notoriety for the extremely disturbing behavior it caused in users, even after it was also banned, as municipalities struggled to rein in its use.

Then along came kratom, which is still on the market, sold as a natural supplement to help with chronic pain, promote alertness, stimulate brain function and even fight addiction.

Now, the latest product is ZaZa, aka Zaza Red, Tiana, Tiana Red — or more telling: “gas station heroin” — which is causing serious issues across the south, most notably in Alabama and here in Mississippi.

The problem with all of these substances is that it always leaves authorities one step behind. As soon as one is banned, the manufacturers scramble to change their formula, give it a new name and introduce the “new” drug to those who became hooked on the last iteration.

The fact these drugs don’t show up on routine drug screening is also problematic.

Stovall said parents should talk to teens about the dangers of gas station drugs, emphasizing that just because they’re legal, does not mean they’re safe and that there is no way of knowing what is actually in those tinctures, shots and capsules because there’s zero oversight of the ingredients.

“The new drug dealer in town may not look like a scary dude with scars and tattoos in a dark alley. Instead, it’s a smiling cashier at the corner store who has no idea of the danger they’re selling to the neighborhood kids,” Stovall said

“By educating our kids and our communities about the dangers, we can protect them from the risks of gas station drugs and help curb the epidemic of addiction in our country.”