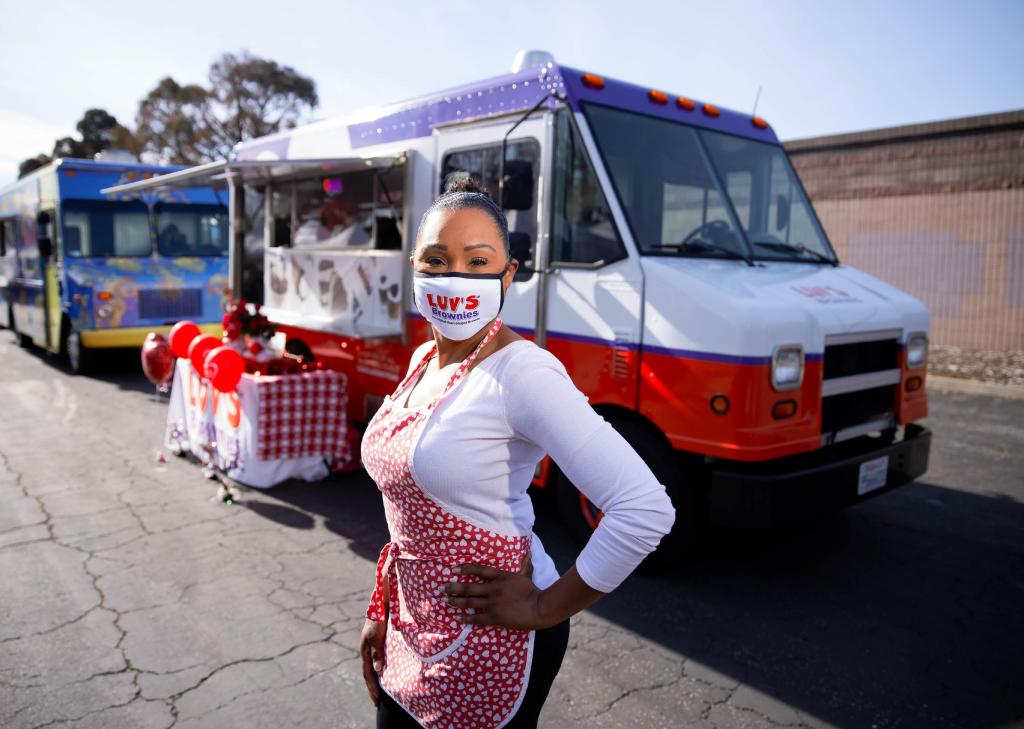 Although nearly half of all small private-sector businesses offer health insurance to employees, microbusinesses—defined by the Small Business Association as those with fewer than 10 employees—have not typically been among them. Whether due to the influx of new microbusinesses—several million were added during the pandemic—or the desire for microbusiness owners to attract top talent in a highly competitive labor market, that trend appears to be changing.

But the COVID-19 pandemic changed the labor market, culminating in what some have dubbed “the great resignation,” or the voluntary departure of millions of people from their jobs. Because of this, companies of all sizes are competing heavily for the best talent, and part of that means improving health benefits—or, if you happen to own a microbusiness, offering health benefits you didn’t previously provide.

Read on to learn more about why microbusinesses were reluctant to offer health benefits in the past and why the tide seems to be turning. 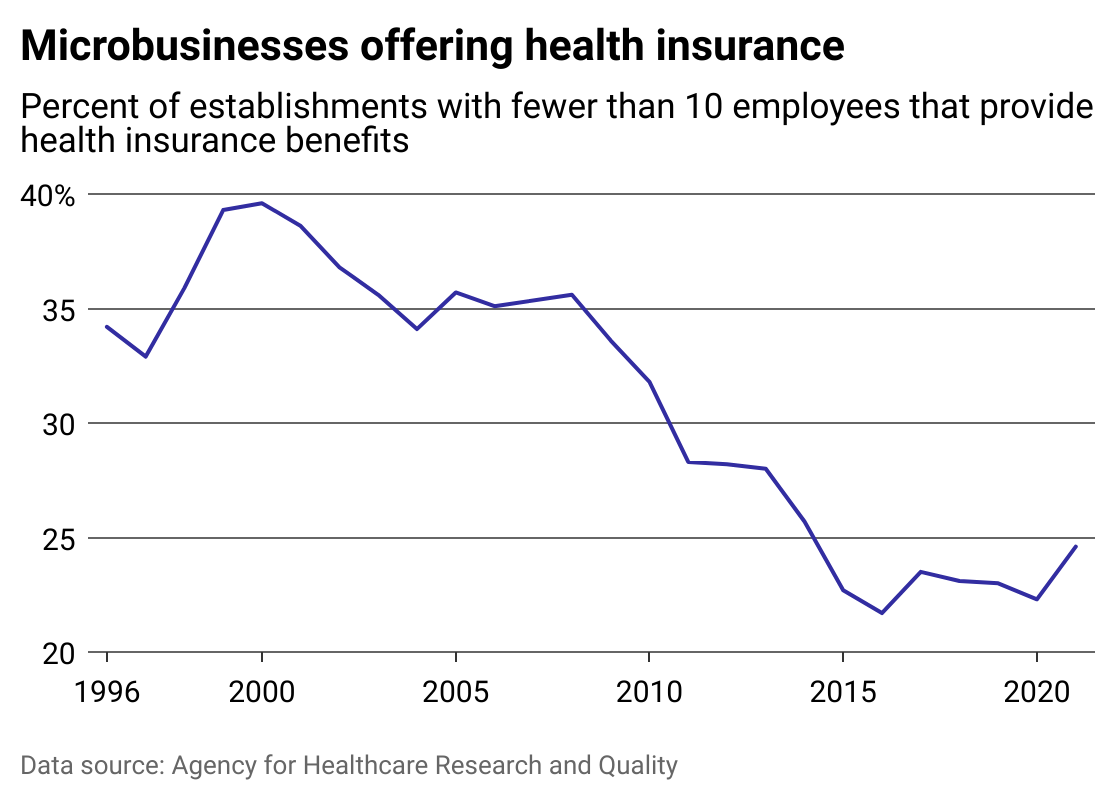 The proportion of microbusinesses offering health insurance has decreased since the early 2000s, but saw an uptick in 2021

The trend of rising health care costs dates back to at least the 1960s, when a larger number of Americans became insured following the baby boom, demand for health care services increased, and there was a jump in preventable diseases related to weight or nutrition issues.

Spending on health care increased 5.3% year over year on average from 1960 to 2020, according to an Altarum report. Starting in 2010, when the Affordable Care Act went into effect, health care spending still grew, but at a pace lower than historic growth. This was interrupted by the onset of the pandemic, which drove an 8% spike in health care spending, a dramatic rise that was followed by an even more dramatic fall. By the first quarter of 2022, year-over-year growth plummeted 7 percentage points from the average historic growth—the first time in more than 60 years that health spending actually declined. But this decrease is expected to be short-lived: Experts forecast a 5% growth or higher over the next decade.

As spending is projected to rise, a Kaiser Family Foundation survey published in 2022, found that small firms—including very small firms with three to nine workers—had many reasons for not offering coverage. The most common response was that they felt their company was too small. Among businesses with nine or fewer employees, nearly a quarter said they could not afford premiums. Others felt that their employees obtained coverage elsewhere; some also felt that not offering the benefit didn’t hinder their capacity to retain and recruit quality employees.

However, this may be changing: According to a survey conducted by management firm McKinsey, the wave of employees resigning forced employers to rethink their strategies for attracting and retaining talent. Offering health insurance benefits was one way to be competitive in the labor market.

Pre-pandemic, many microbusinesses didn’t feel the need to offer insurance to attract talent—they aren’t required to offer health care benefits under the Affordable Care Act. Or they may have struggled to justify the costs. But as small businesses recovered from the pandemic and experienced labor shortages across industries, some have considered cost less important when selecting their benefits carriers. Health benefits are increasingly seen as a tool for recruitment: They were cited as the most important benefit type among employers surveyed in SHRM’s 2022 Employee Benefits Survey. 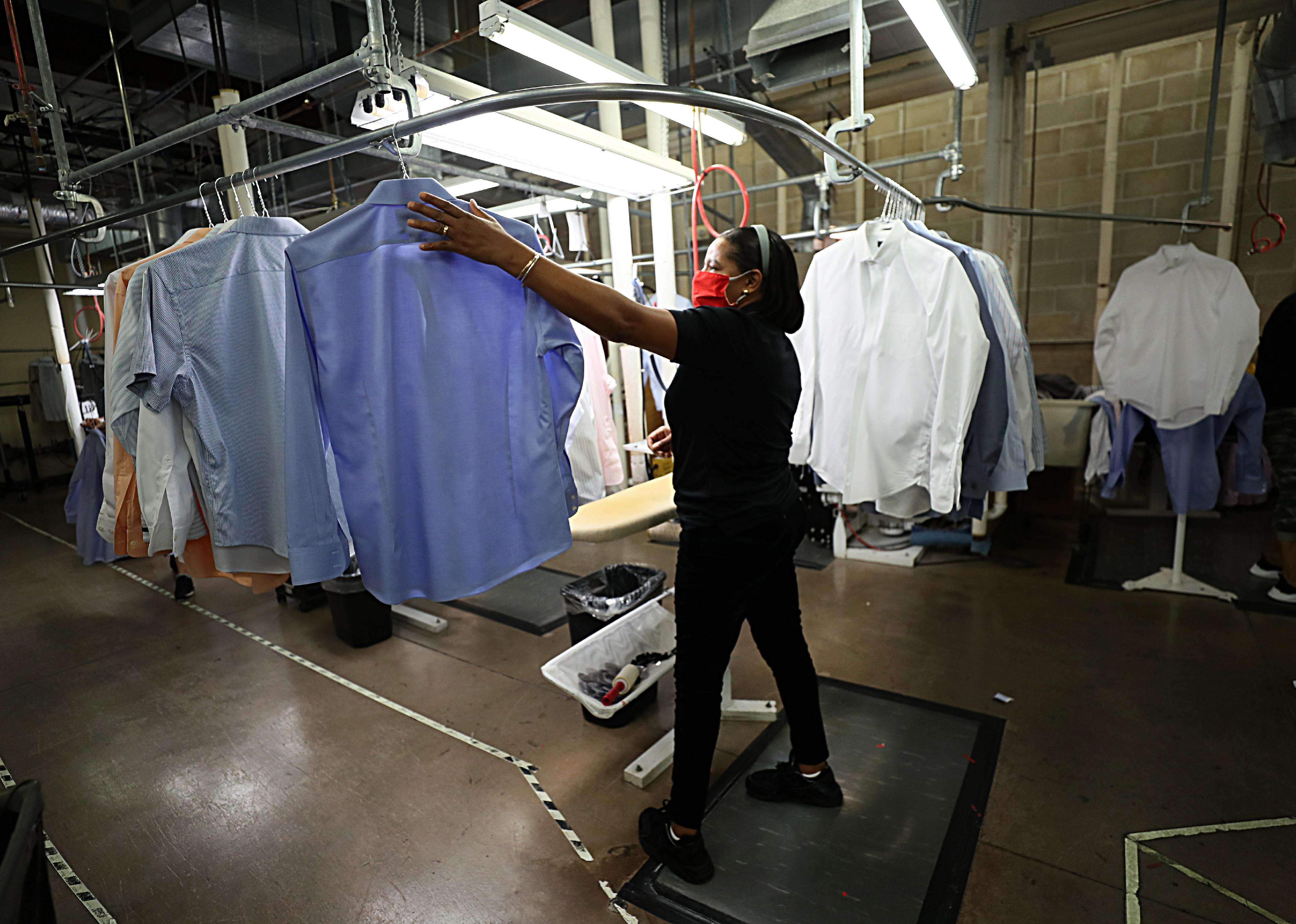 One of the challenges that microbusinesses face is that it is difficult to secure small business financing. This is because microbusinesses operate on a much smaller financial scale, which leads to lenders typically seeing them as less stable or incapable of managing debt compared to larger small businesses. Less access to funding makes it harder for them to offer benefits like health insurance. Additionally, microbusinesses are more likely to need to cut costs while increasing revenues, which may explain why they are less likely to offer health insurance benefits to their employees.

This story originally appeared on Sana and was produced and
distributed in partnership with Stacker Studio.