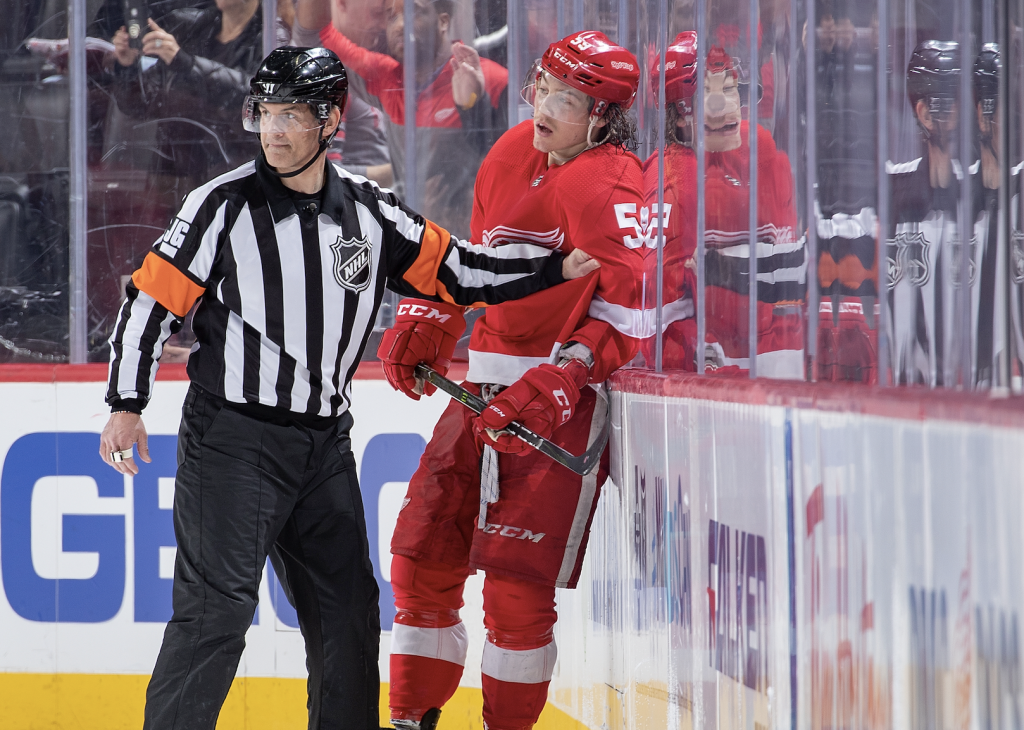 The NHL is one of the last professional sports leagues that tolerates fighting, and its history of players throwing punches in the league goes back at least a century. According to Forbes, there were 2,842 NHL games with a fight from 2010-19—about one-fifth of all games.

OLBG researched the National Hockey League’s all-time leaders in penalty minutes using Sports Reference’s Stathead tool to see which have racked up the most penalty minutes in NHL history.

The traditional definition of an enforcer is a player who averaged fewer than eight minutes per game and more than 1.2 penalty minutes per game. For most of NHL history, teams employed bigger and more physical players to protect smaller and more skilled scorers. But fights have been decreasing for over a decade, which is why enforcers are not as common anymore.

One of the main reasons scraps are down is that the NHL introduced a salary cap in 2005, making it harder to carry players lacking in offensive skill. As a result, no player on the top 10 list for all-time penalty minutes played after the 2005 lockout. 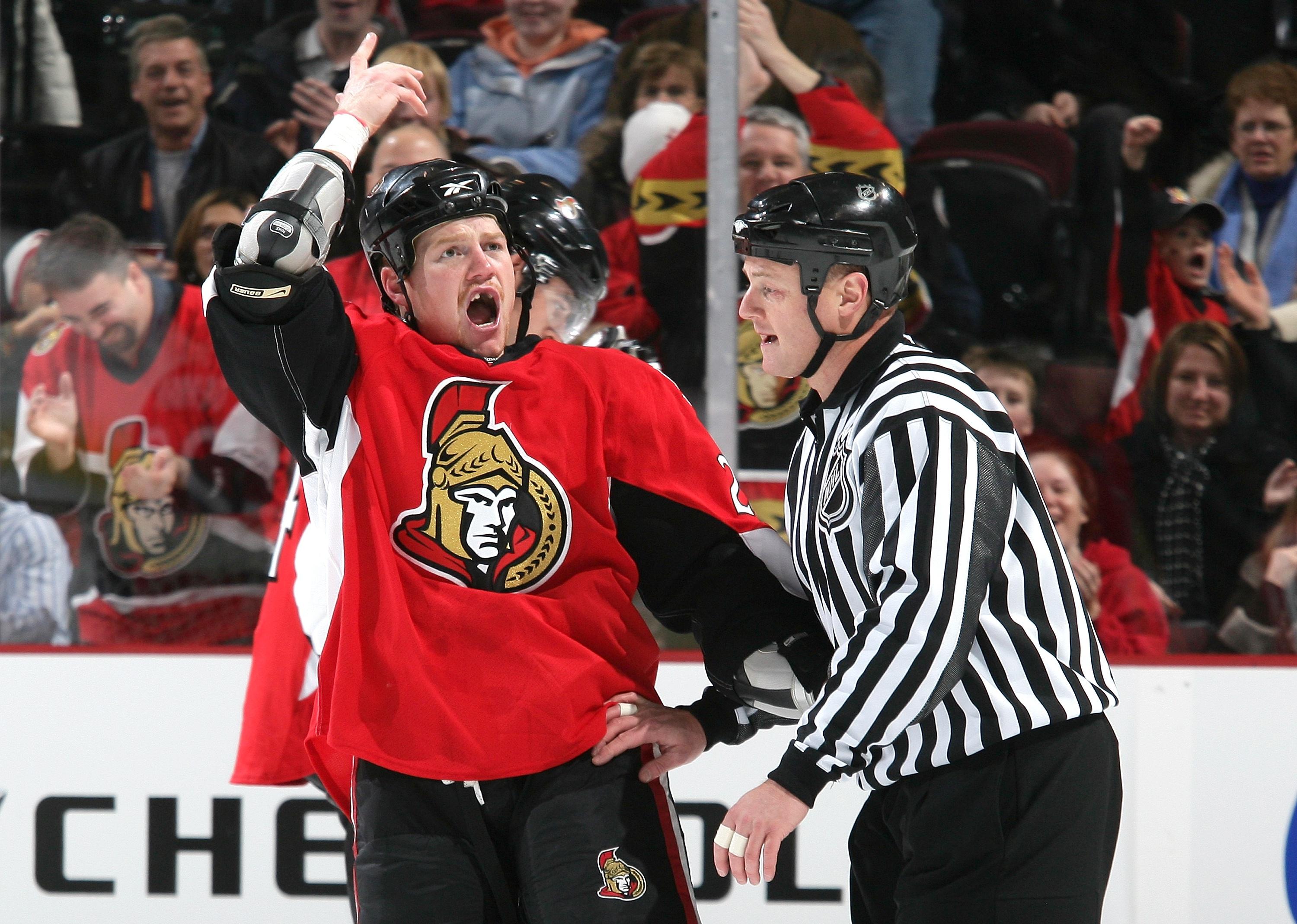 Ottawa Senators right-winger Chris Neil is the only player on this list to earn all his penalty minutes with the same team. He is also the most recent player on this list. Ottawa drafted Neil in the sixth round of the 1998 NHL Draft, scoring 12 goals, including three game-winners, when the Senators reached the Stanley Cup Final at the end of the 2006-07 season. 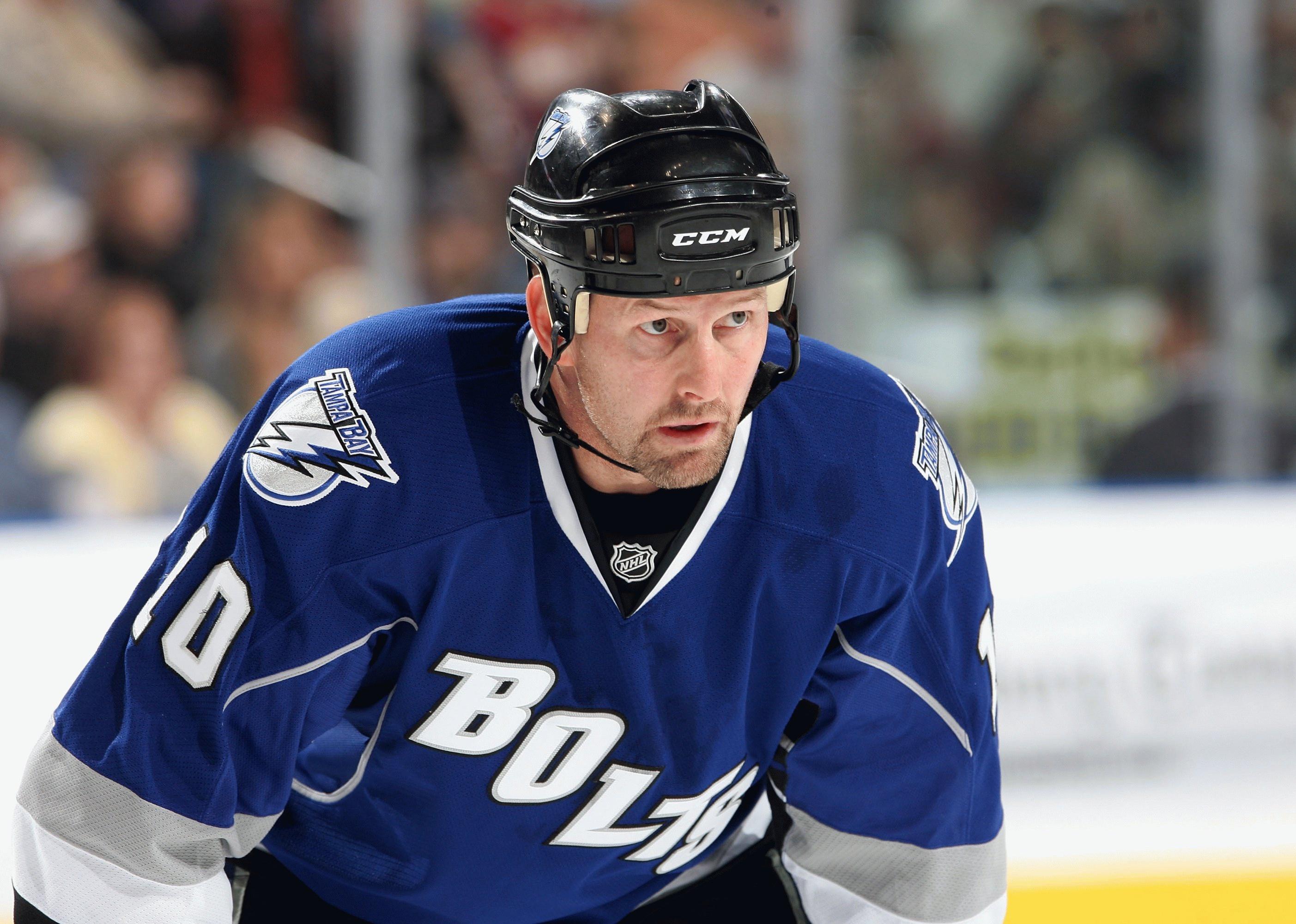 Gary Roberts won a Stanley Cup with the Calgary Flames for the 1988-89 season, where he was assessed 50 penalty minutes. The Flames selected him in the first round of the 1984 NHL Draft, and Roberts battled issues with his neck throughout his career. He won the Masterton Trophy for perseverance after he scored 42 points in 35 games with Calgary during the 1995-96 season. 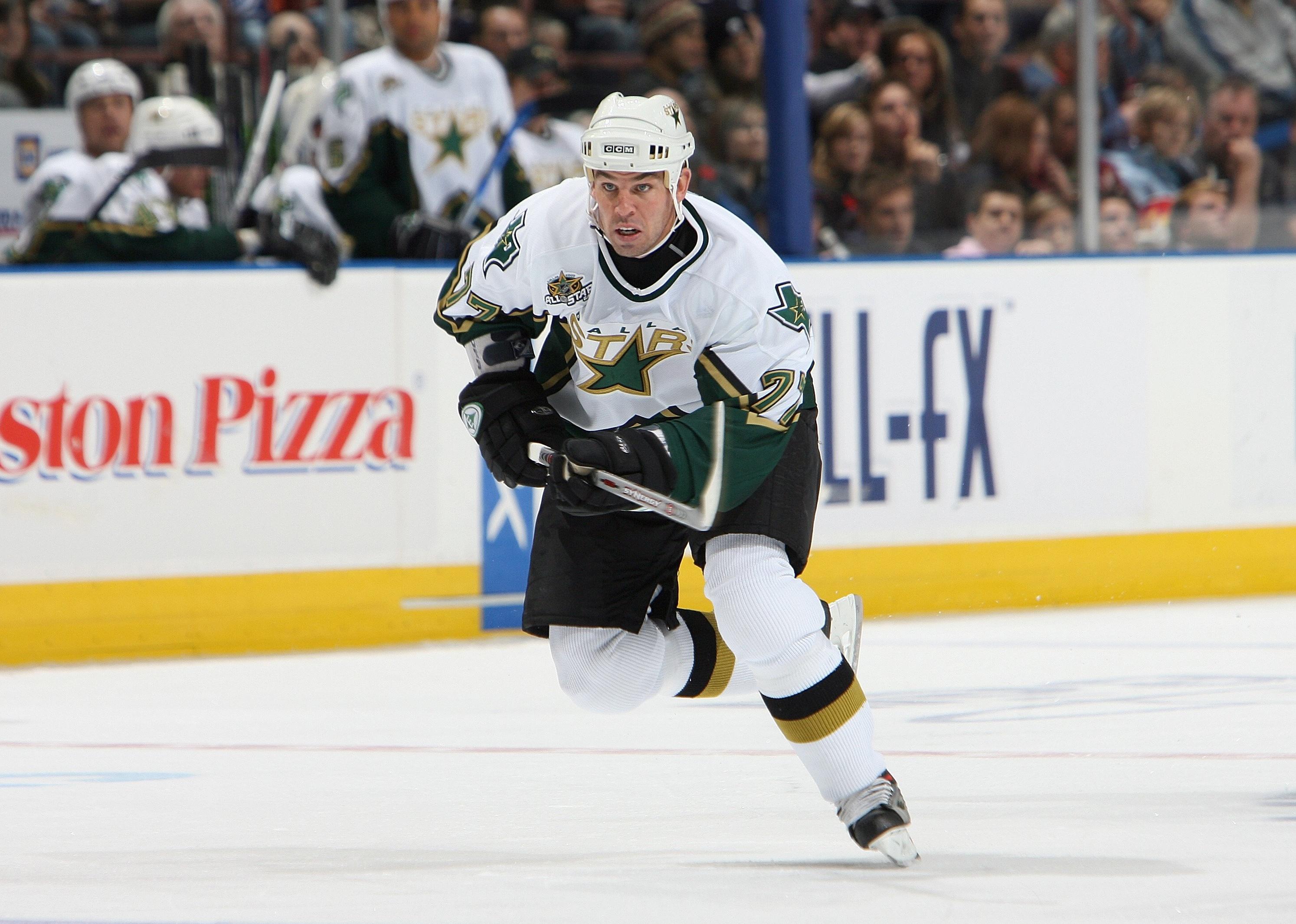 Matthew Barnaby finished his 13-year career with 162 fights and 300 points scored in 834 career games. He spent most of that time with the Buffalo Sabres, where Barnaby registered 1,240 penalty minutes in seven seasons. 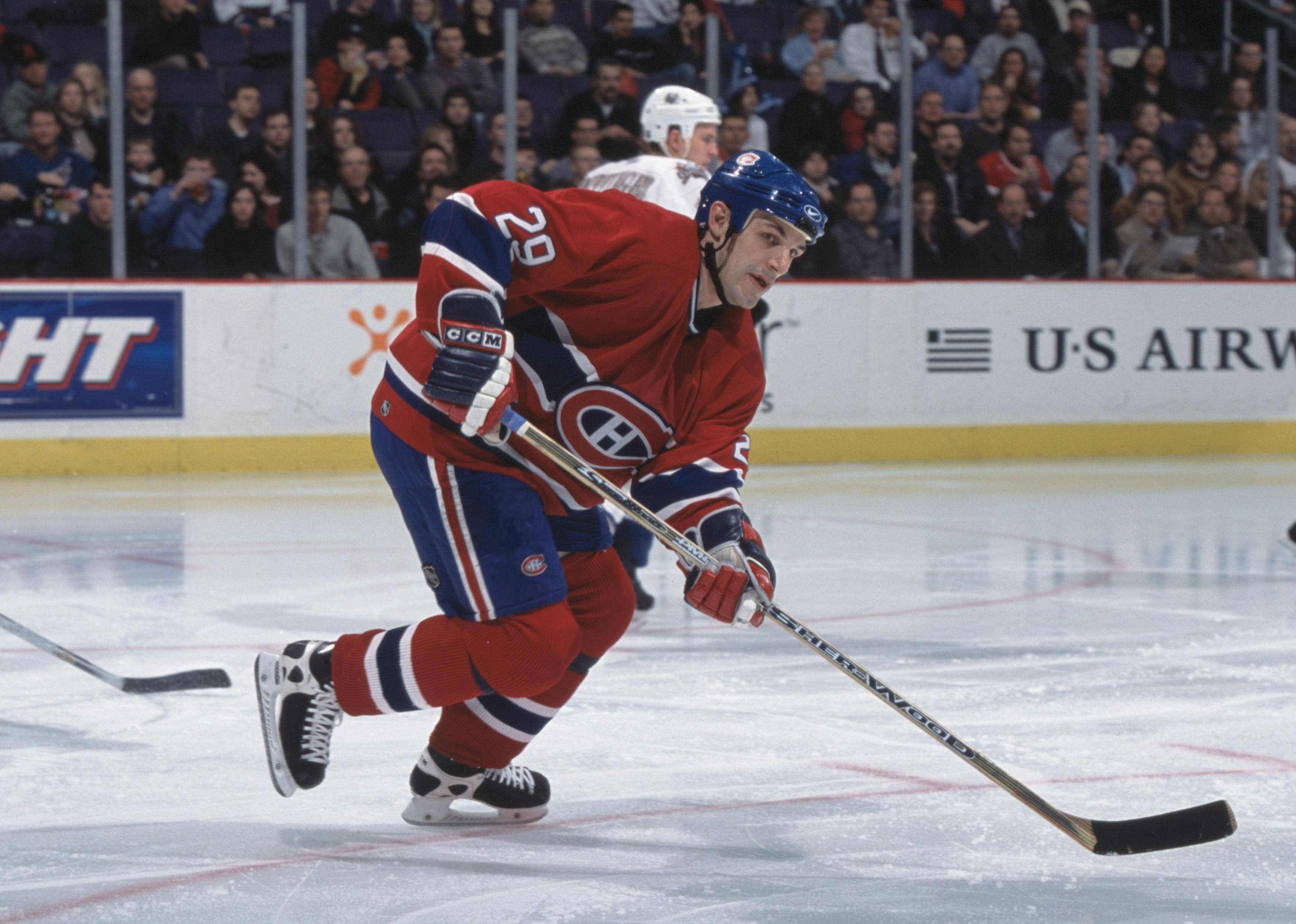 Left winger Gino Odjick finished his career with 148 fights over 12 years. Odjick got into several high-profile fights during the postseason, which made him a fan favorite. He had over 370 penalty minutes in the 1993-94 and 1996-97 seasons. 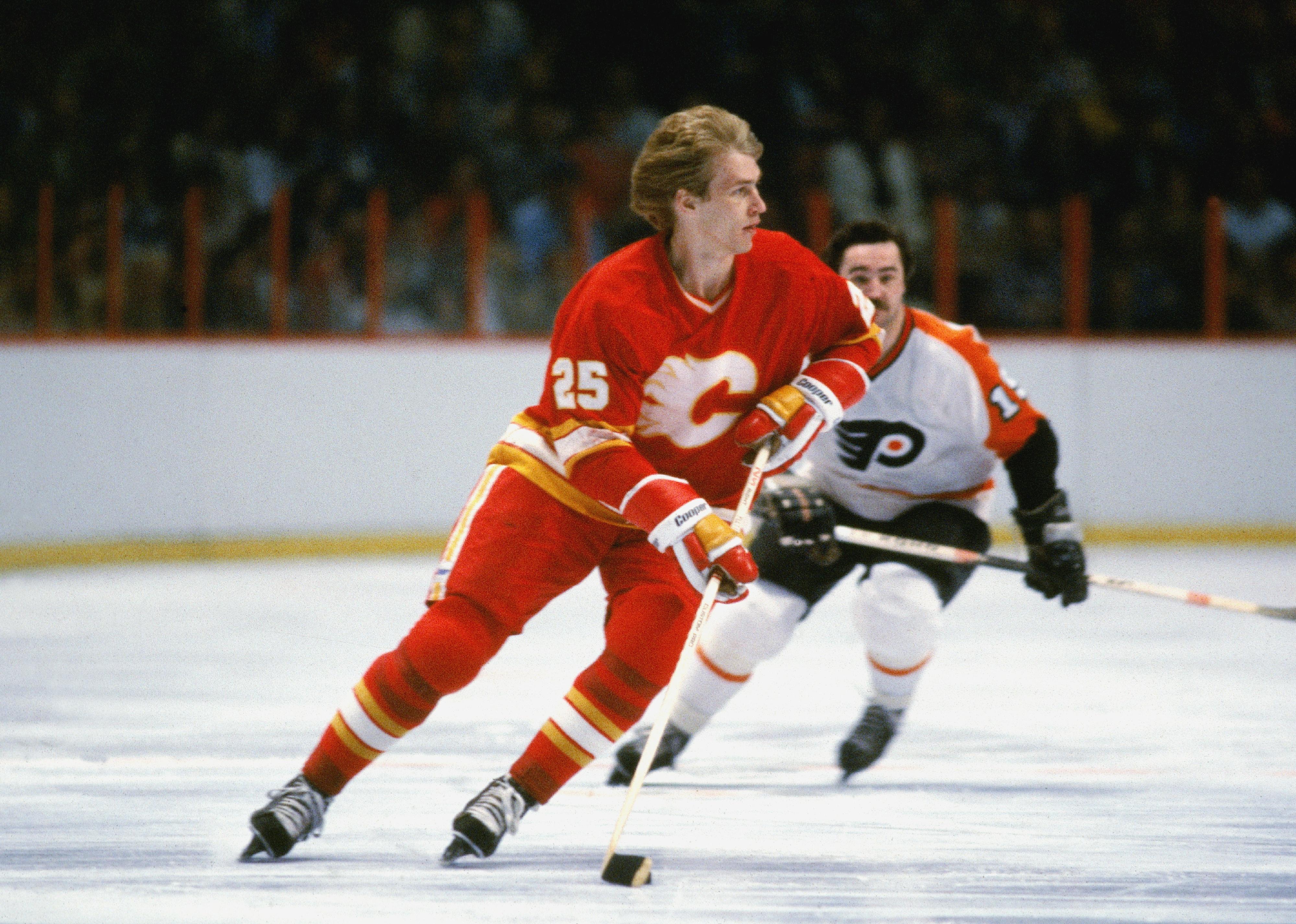 Willi Plett won the Calder Memorial Trophy and received All-Star honors with the Atlanta Flames during the 1976-77 season. That was also the year he served a career low in penalty minutes, as he went on to engage in 146 fights in his 13 seasons in the NHL. 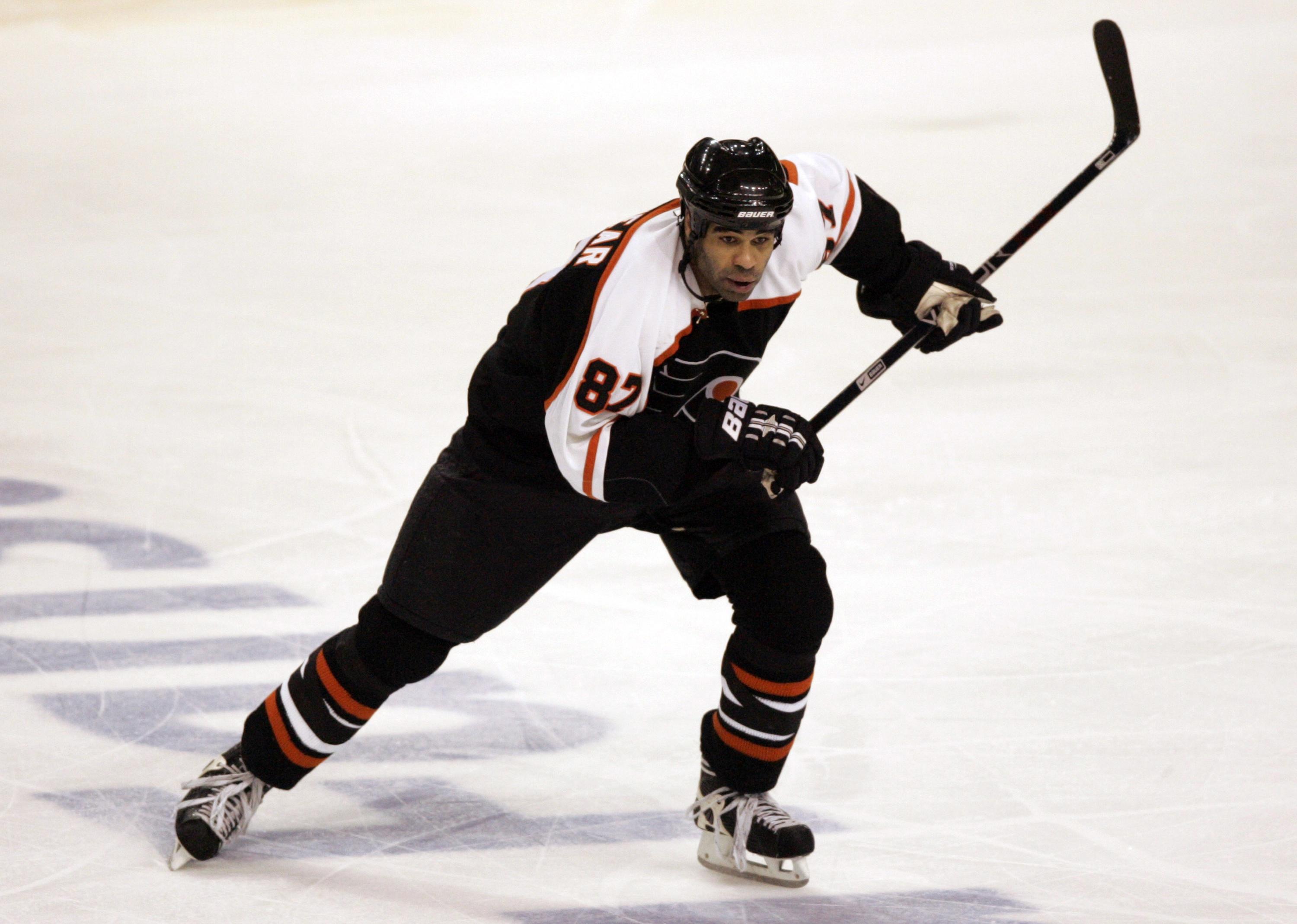 Donald Brashear played in 1,025 games over his 16-year career. During that time, he got in over 200 fights. In 2000, he was on the receiving end of a nasty slash in the head from Marty McSorley that led to a lawsuit and a trial. 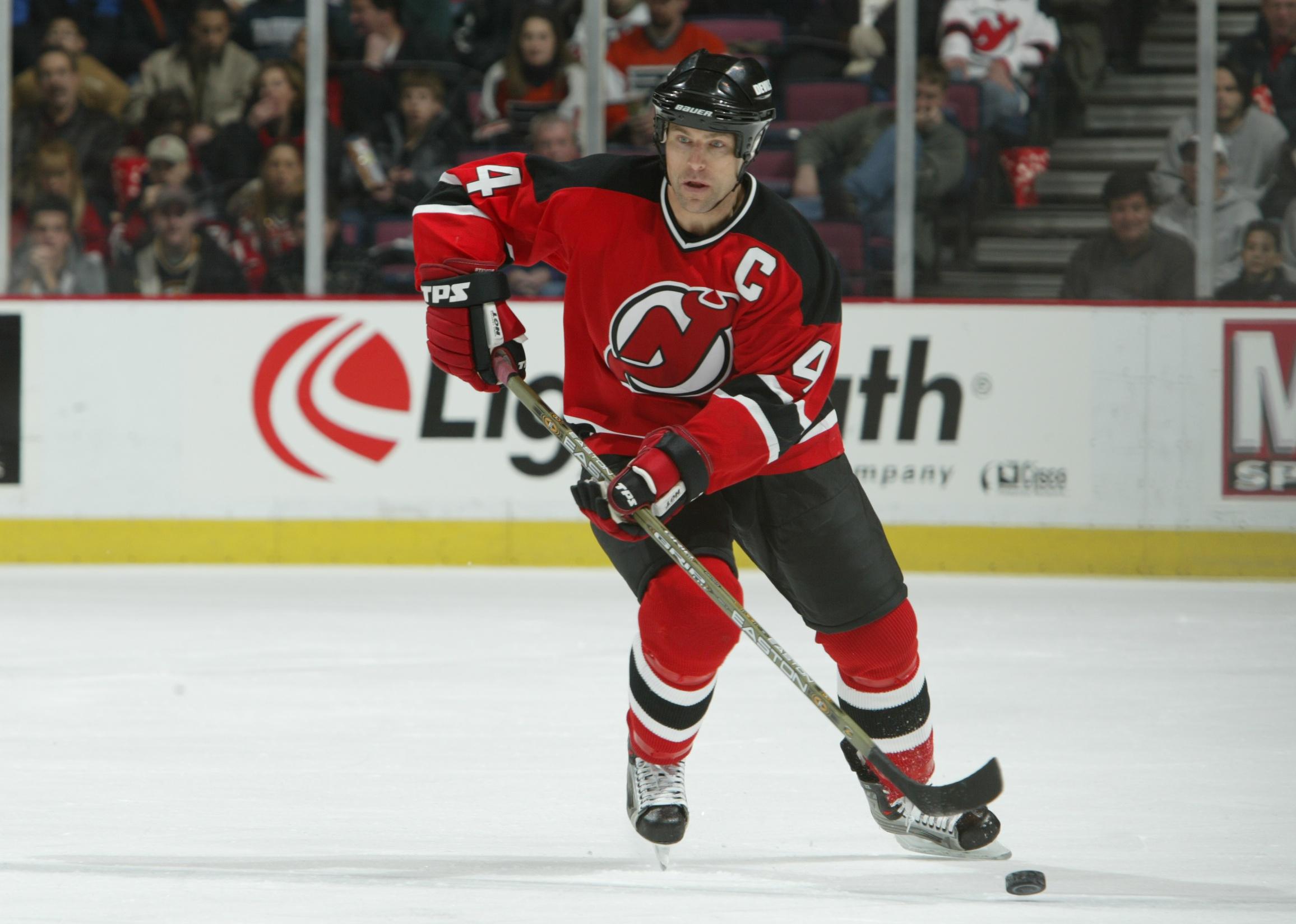 Scott Stevens won three Stanley Cups with the New Jersey Devils. Known early on as solely an enforcer, his penalty minutes tapered off later in his career when he focused on playing game-changing defense. Stevens, a Hall of Famer, laid one of the game’s nastiest (but legal) hits on Eric Lindros, which added to his tough guy legacy. 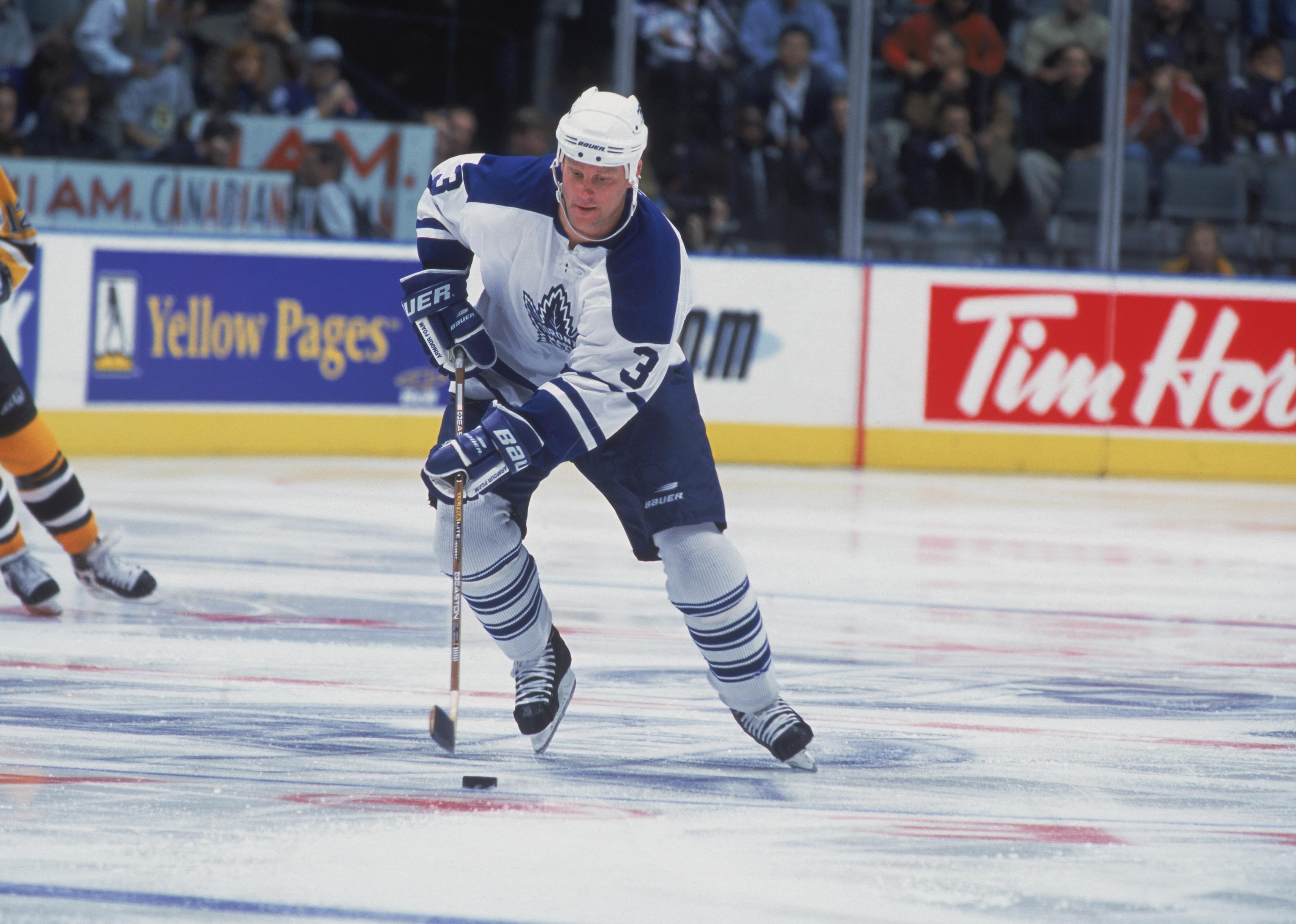 The Chicago Blackhawks drafted Dave Manson in the first round of the 1985 NHL Draft. He was traded to the Dallas Stars midway through the 1999-2000 season, and that team fell to Stevens’ Devils squad in the Cup Final. Manson finished his career with 155 points and 72 fights. 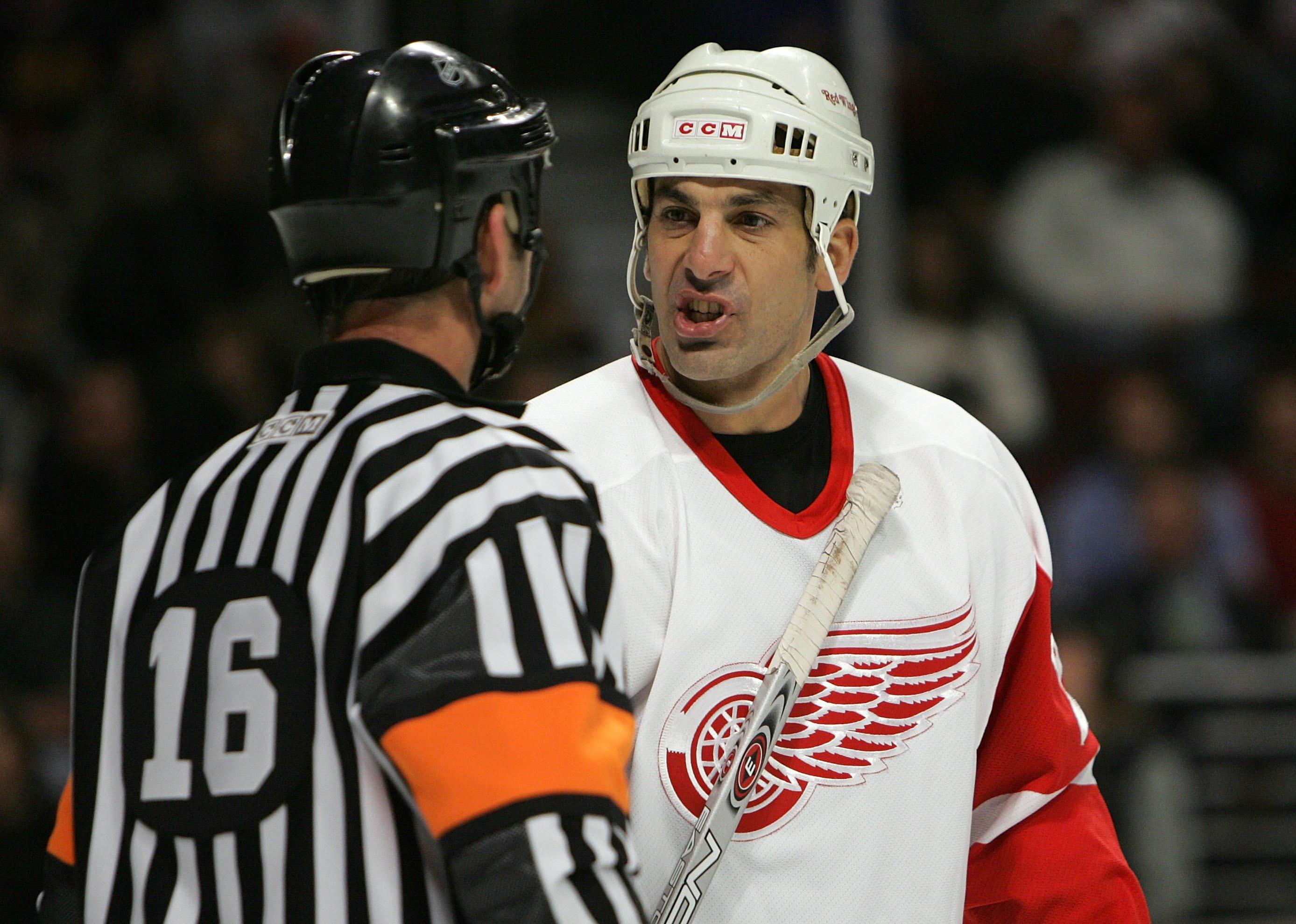 Chris Chelios played 26 years in the NHL and was the second oldest player to ever play in the NHL before retiring at 48. You could say Chelios earned his spot on this list out of longevity. Chelios finished his career with 1,651 games, more than any other defenseman in NHL history, and he won the Norris Trophy three times. 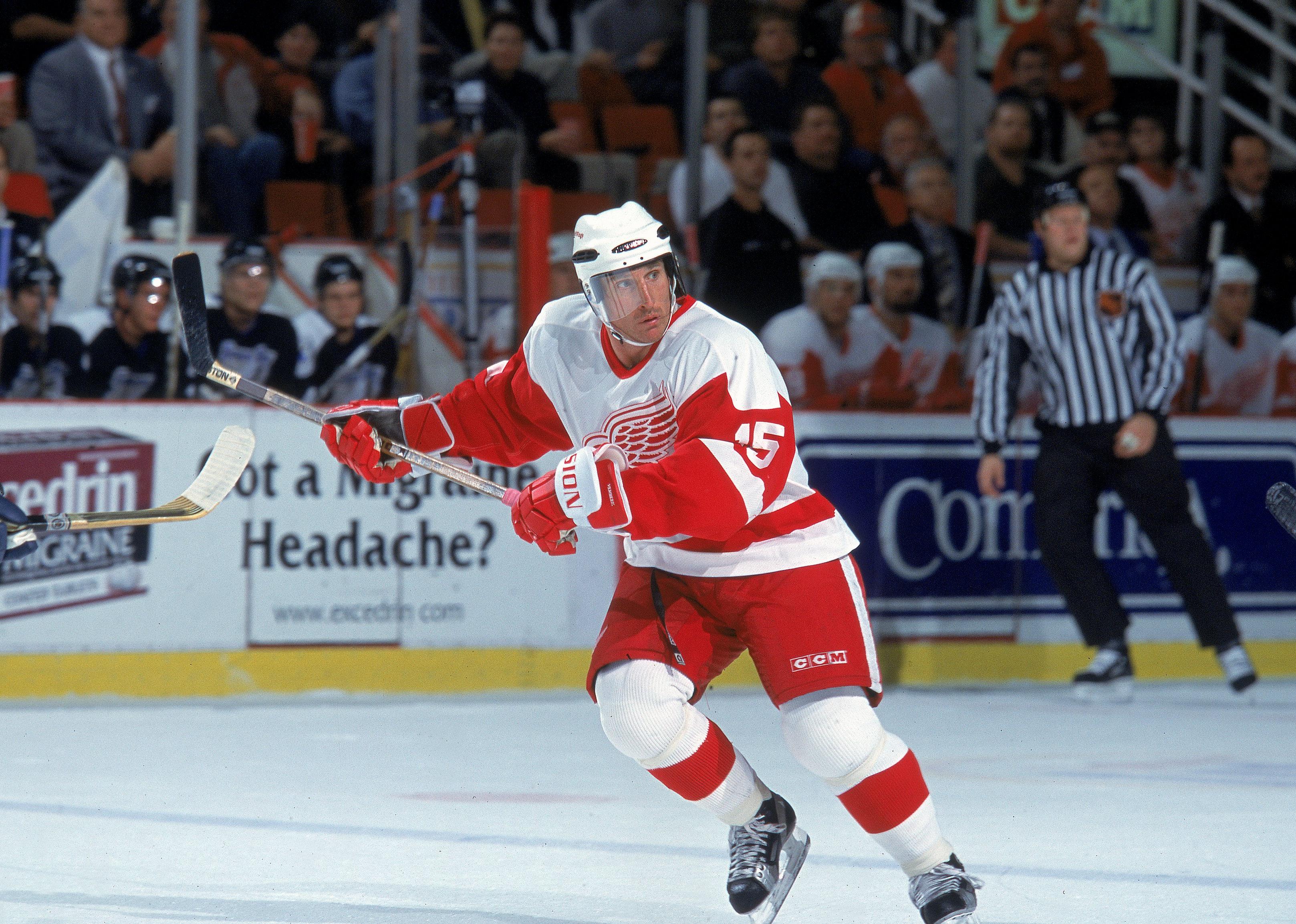 Pat Verbeek is the current general manager of the Anaheim Ducks and is the only player with over 500 goals and 2,900 penalty minutes in his career. A third-round pick of the New Jersey Devils in 1982, he played 20 years in the NHL and was a two-time All-Star. 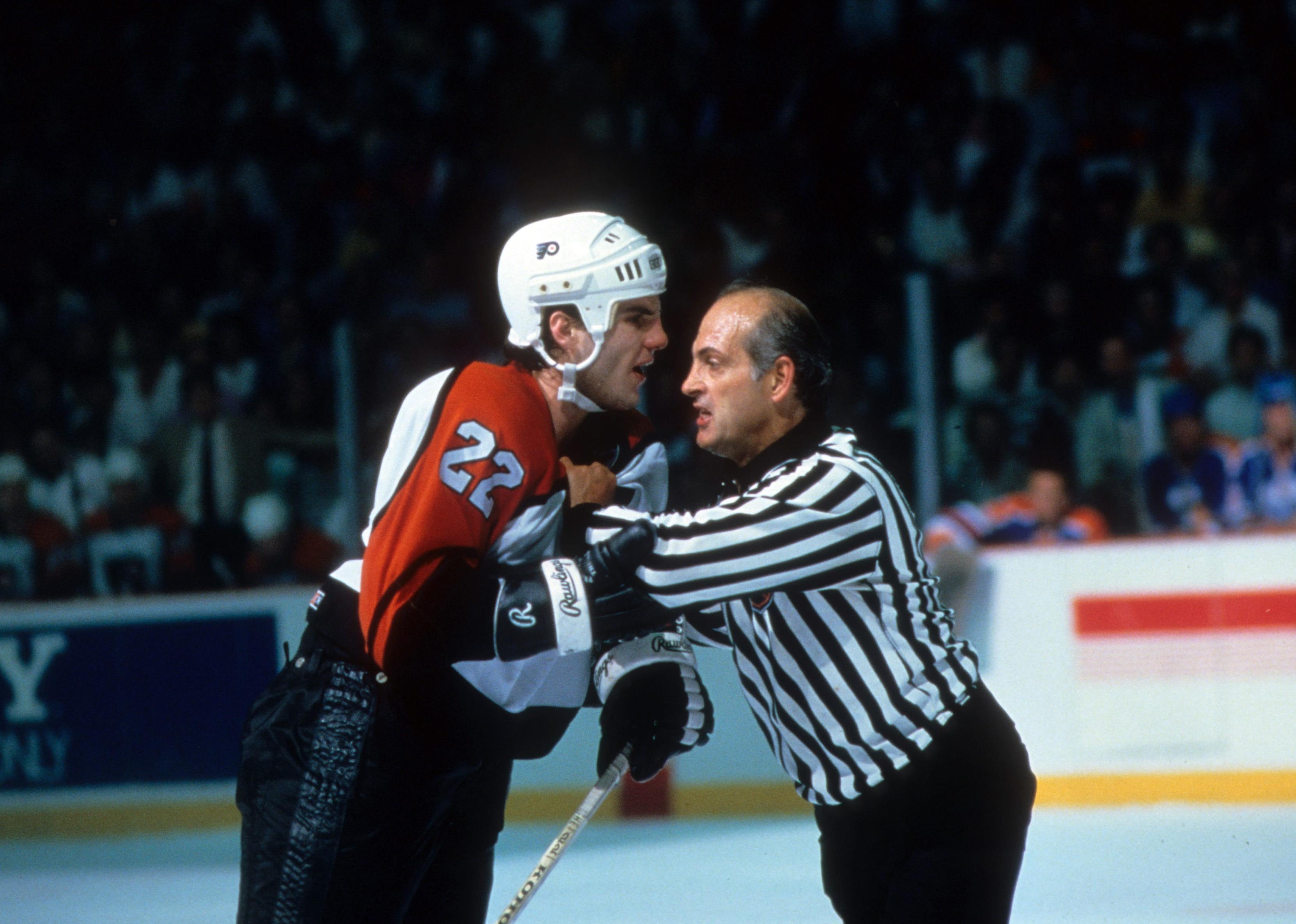 Rick Tocchet won a Stanley Cup with the Pittsburgh Penguins after being drafted by the rival Philadelphia Flyers. Upon arriving in Pittsburgh, he tallied a career high in points, even more salt in the wound for Flyers fans. After retirement, Tocchet transferred into coaching with stops behind the bench for Tampa Bay and Arizona. 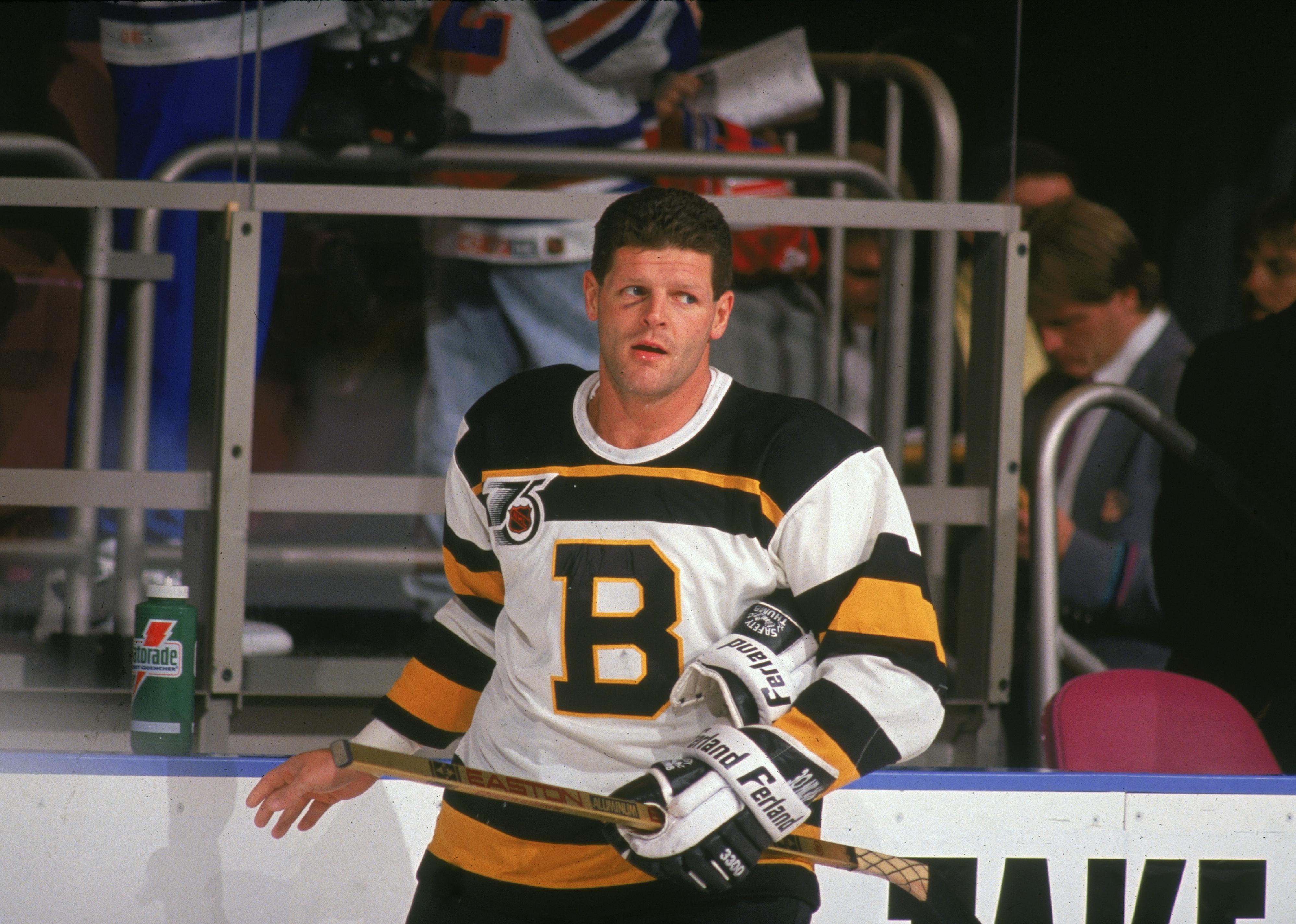 Chris Nilan helped the Montreal Canadiens raise the Stanley Cup in 1986. He once earned a total of 42 penalty minutes in a single game during the 1991 season. Nilan also owns the record for penalty minutes average with 4.42 minutes per game. 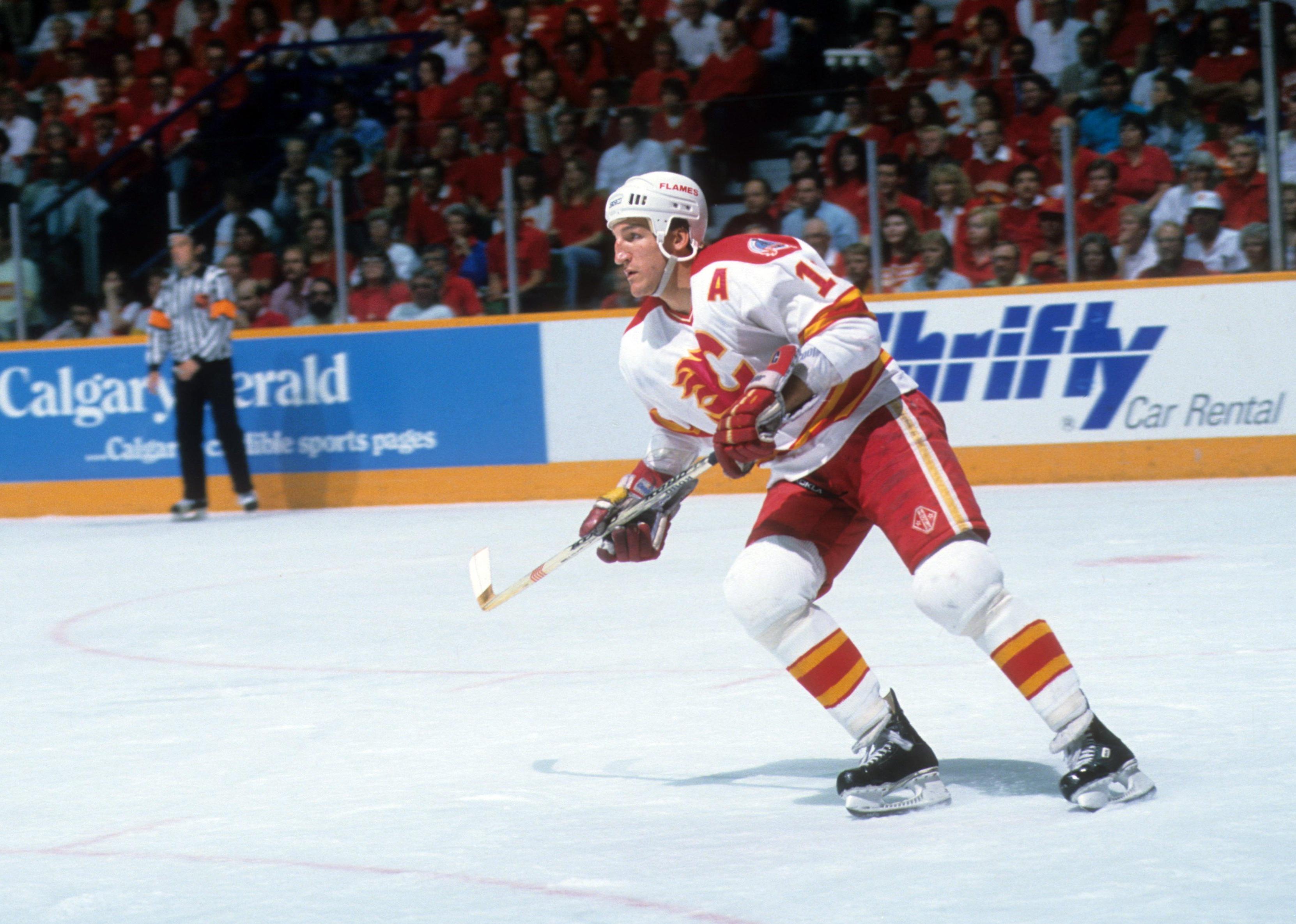 Tim Hunter got into 186 fights over his 16 years in the NHL, most of them with the Calgary Flames. In Hunter’s Stanley Cup-winning season with the Flames, he registered a career-high 375 penalty minutes. 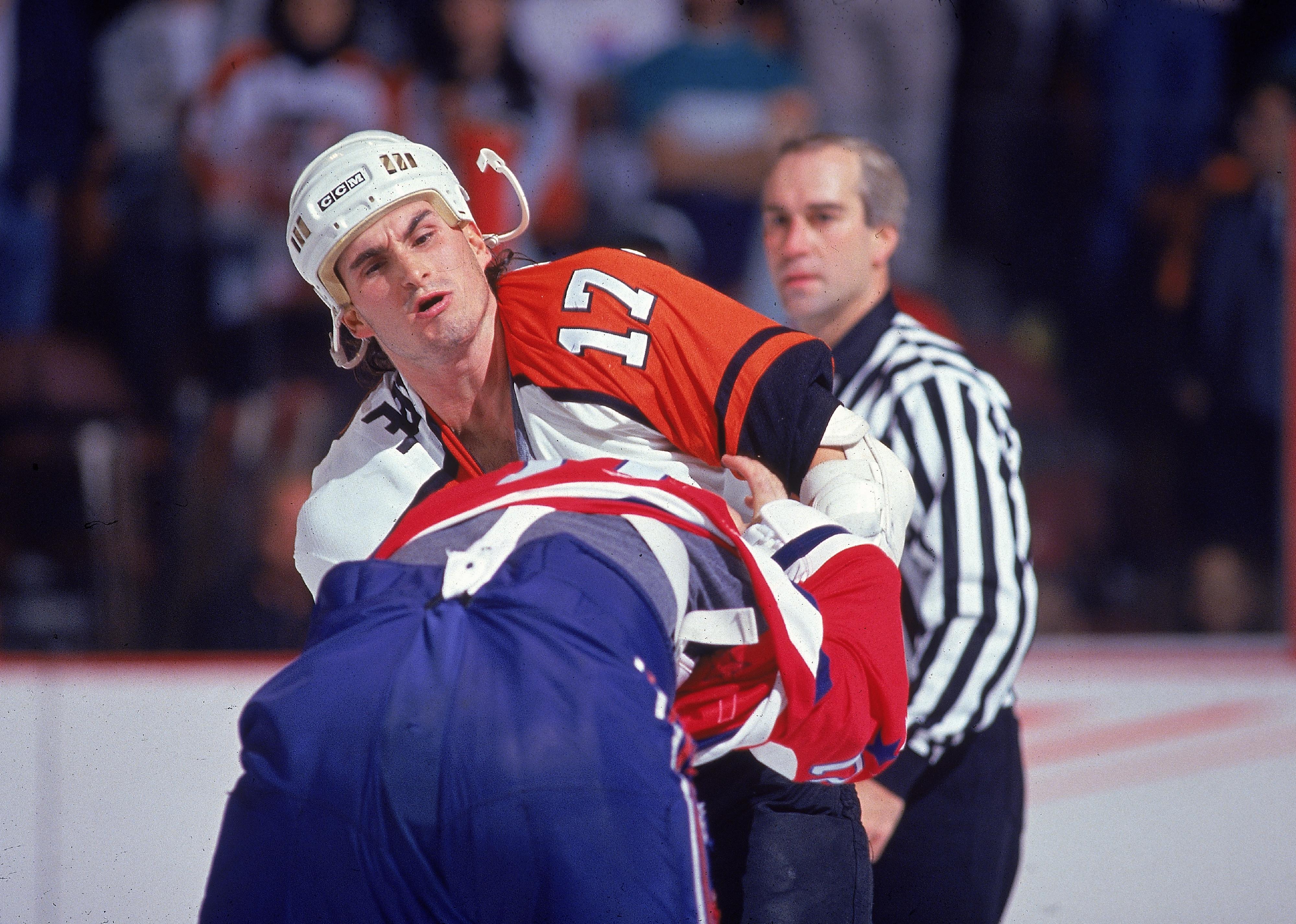 Craig Berube is the current coach of the St. Louis Blues and led them to a Stanley Cup title in 2019. Before that, Berube spent 17 seasons as a player with five different organizations. He finished his career with 241 fights. 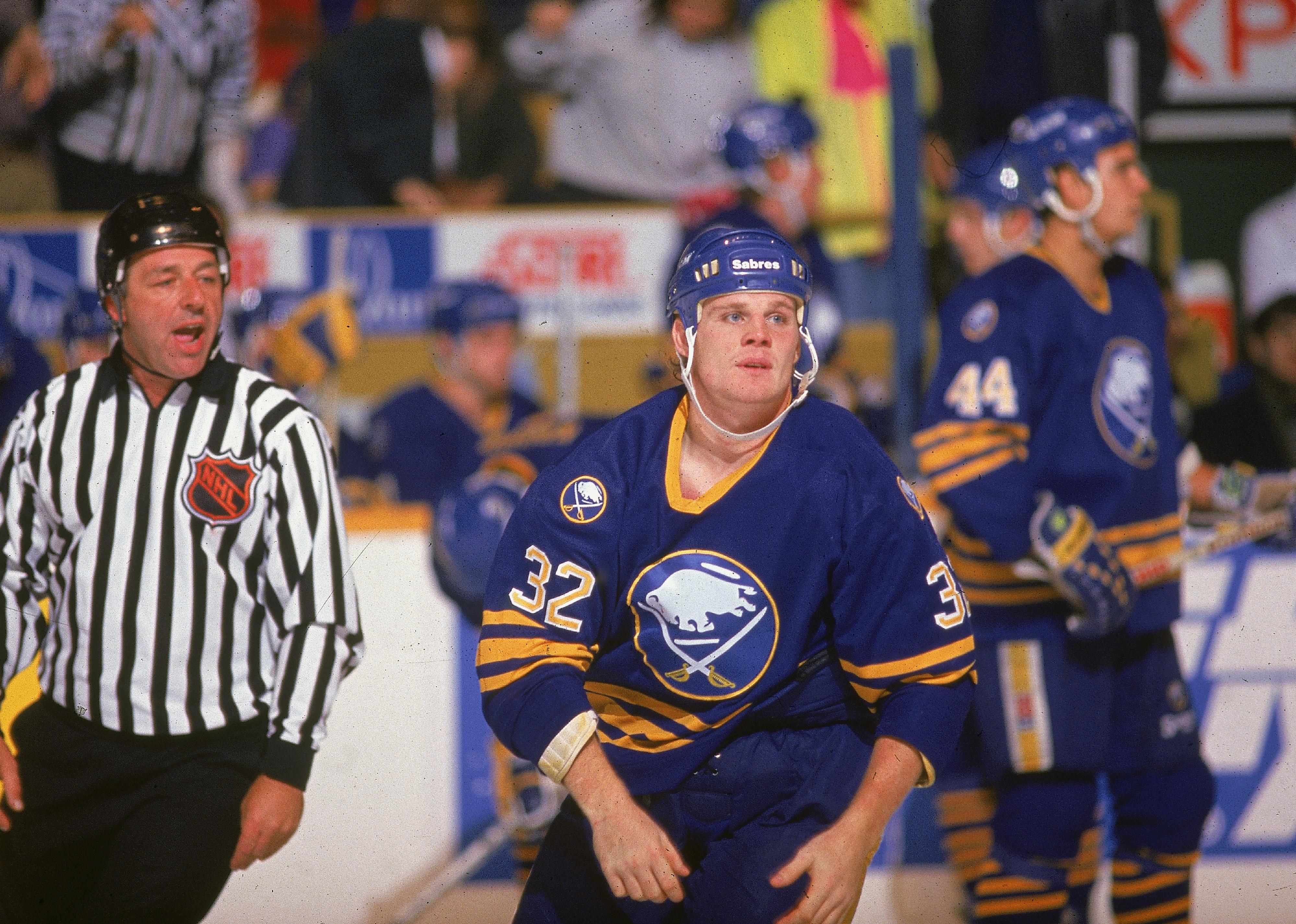 Rob Ray registered 237 career fights with the Buffalo Sabres and Ottawa Senators. During his days, the left wing took many of the toughest enforcers, including 13 bouts with noted bad guy Tie Domi. Ray holds the Sabres’ career and single-season records for the most penalty minutes. He’s considered a catalyst for an NHL rule that gives players a game misconduct penalty for losing their shirt during a game (which often occurs while fighting). 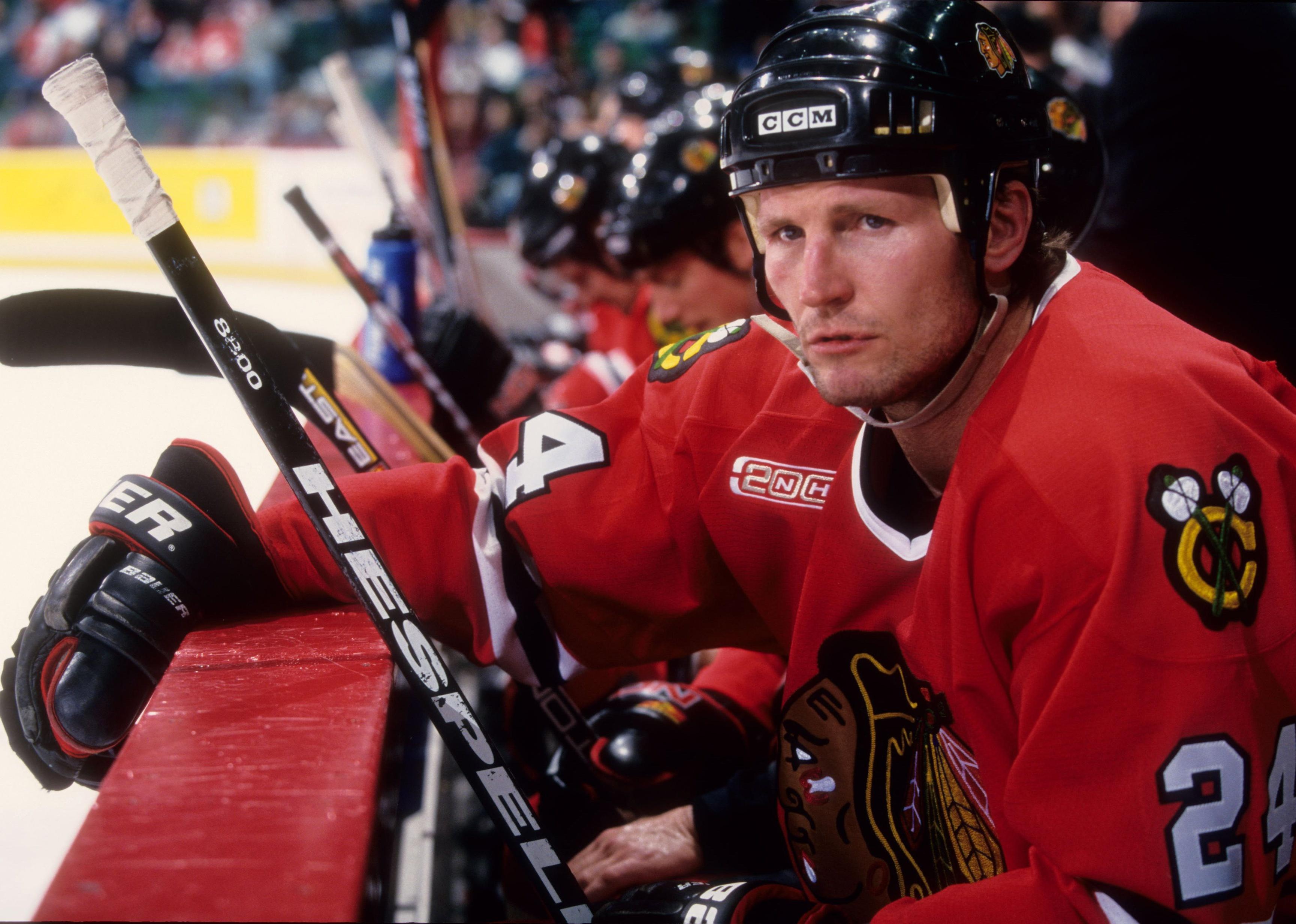 Bob Probert had 246 career fights between 16 years with the Chicago Blackhawks and Detroit Red Wings and was an All-Star in 1988 when he scored a career-high 29 goals. Probert was the first NHL player diagnosed with chronic traumatic encephalopathy, a degenerative brain disease in many athletes who played sports and incurred repeated head injuries. The left winger died from a heart attack at age 45 while boating with family. 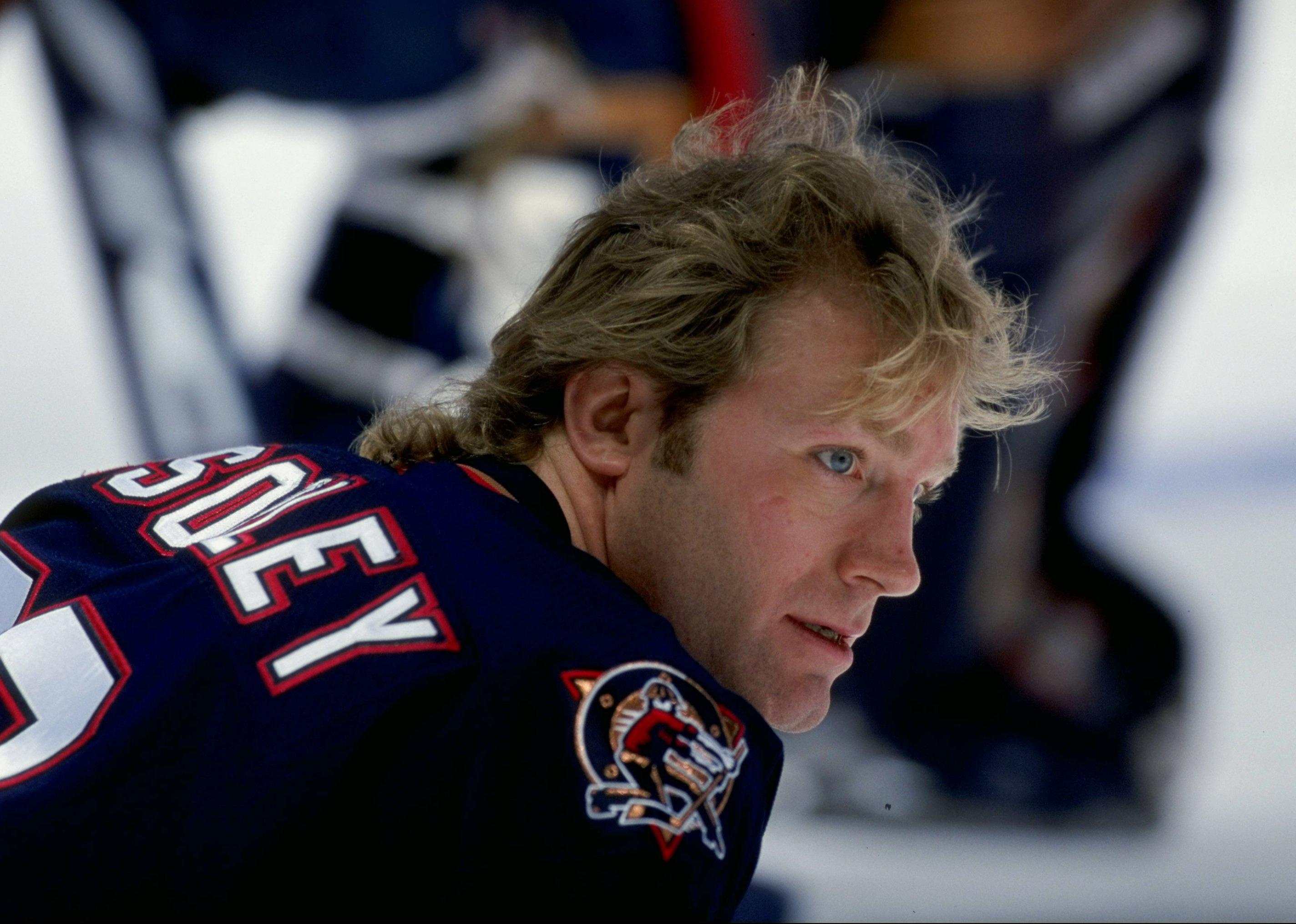 Marty McSorley won back-to-back Stanley Cups with the Edmonton Oilers and spent much of his career protecting Wayne Gretzky with the Oilers and Los Angeles Kings. In 2000, McSorley was indefinitely suspended after he hit Donald Brashear with his stick. Brashear suffered a severe concussion, and McSorley received a criminal assault conviction, a year suspension, and 18 months probation for the incident—McSorley also never played in the NHL again. 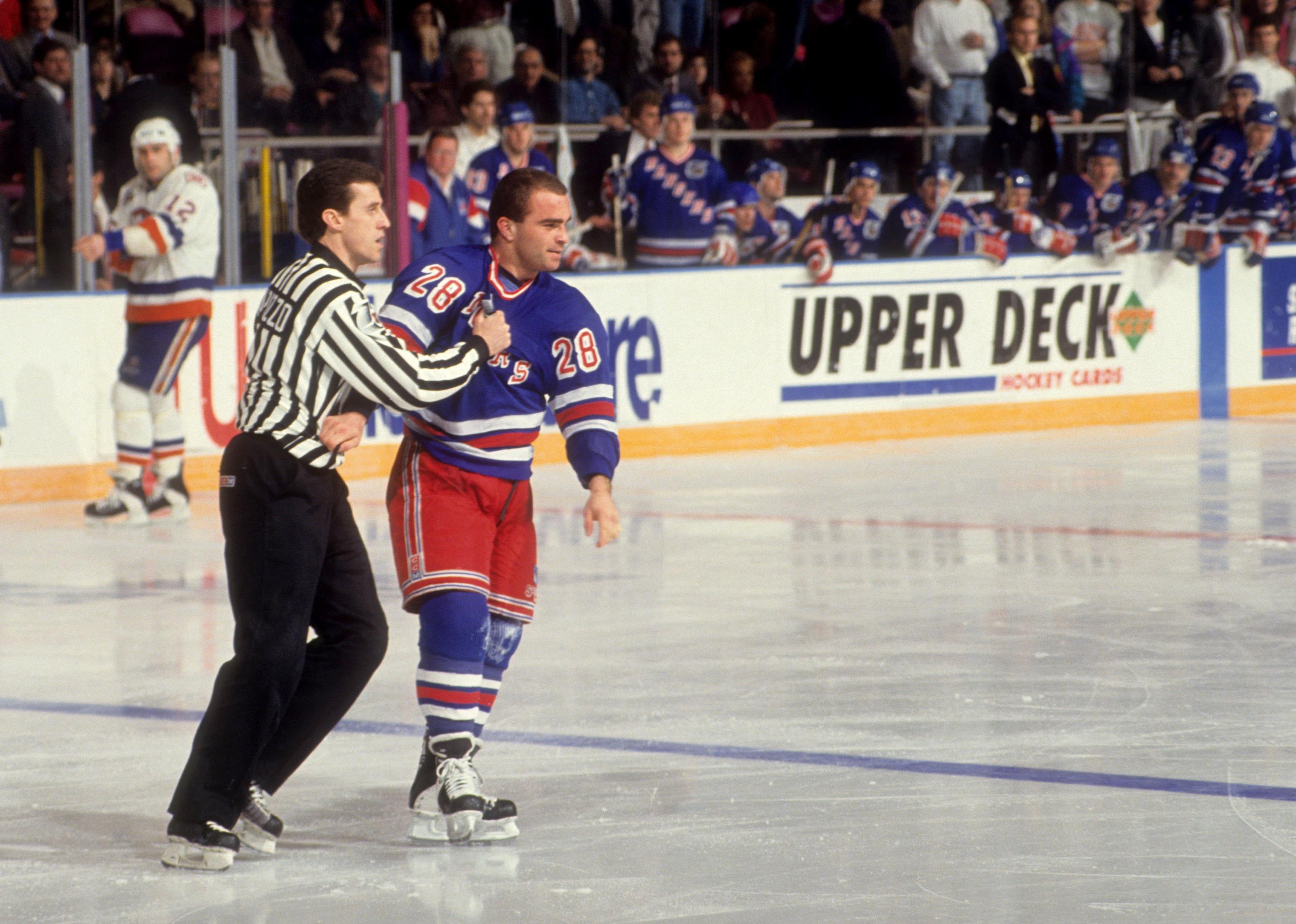 Tahir “Tie” Domi is the Toronto Maple Leafs’ all-time leader in penalty minutes and the NHL’s leader in career fights with 333 over a 16-year career. Perhaps his most famous incident came versus a spectator, though. While serving time in the penalty box during a game against the Philadelphia Flyers in 2001, Domi squirted fans with water causing one to try to jump into the box; a glass barrier fell, and Domi unloaded on the fan. 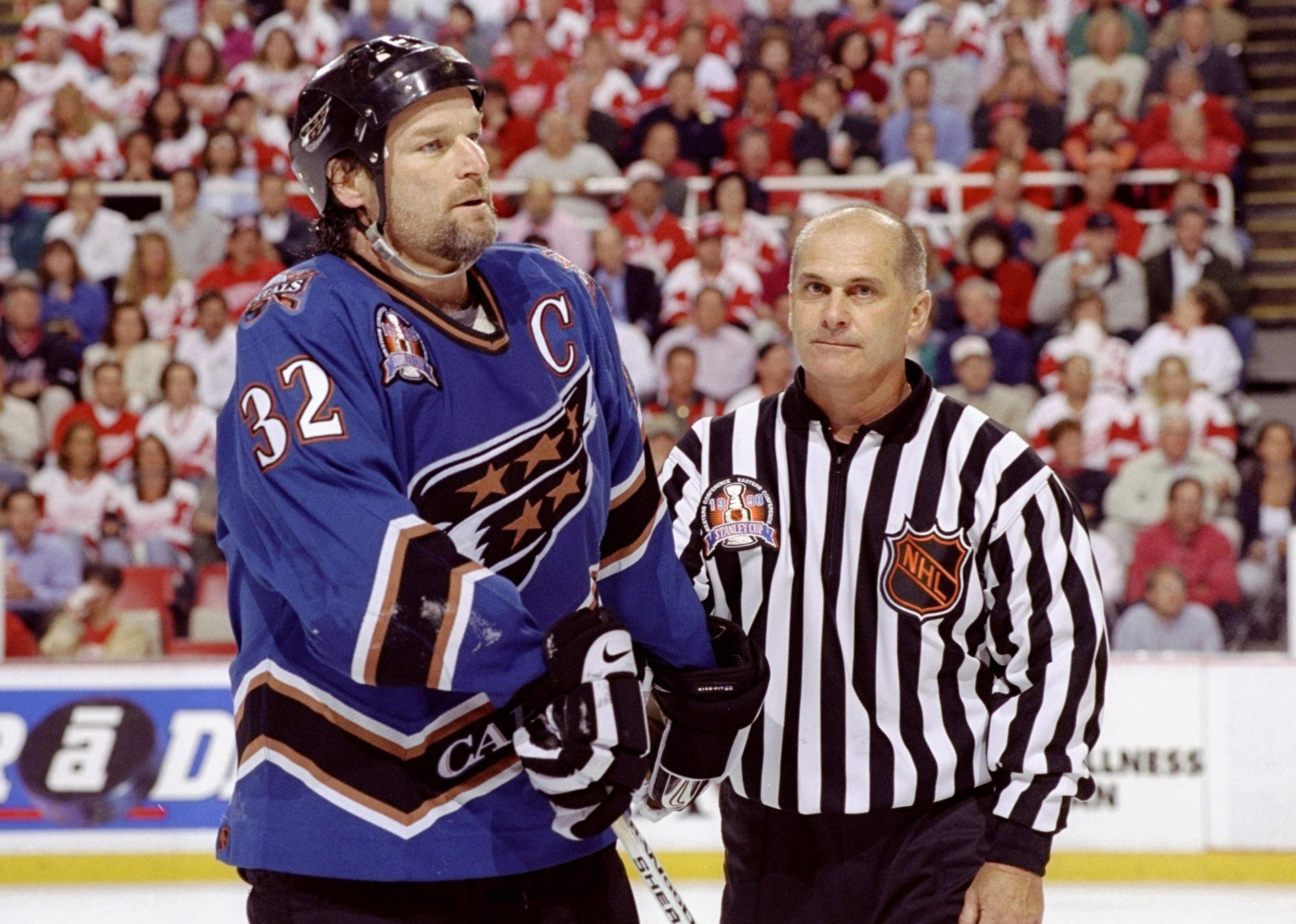 Dale Hunter is the only player in NHL history to register more than 1,000 points and 3,000 penalty minutes. Hunter got into his fair share of brawls, with 152 fights in his career. He is one of the few players to have suited up for the Quebec Nordiques and Colorado Avalanche (the Quebec franchise moved to Colorado in 1995). 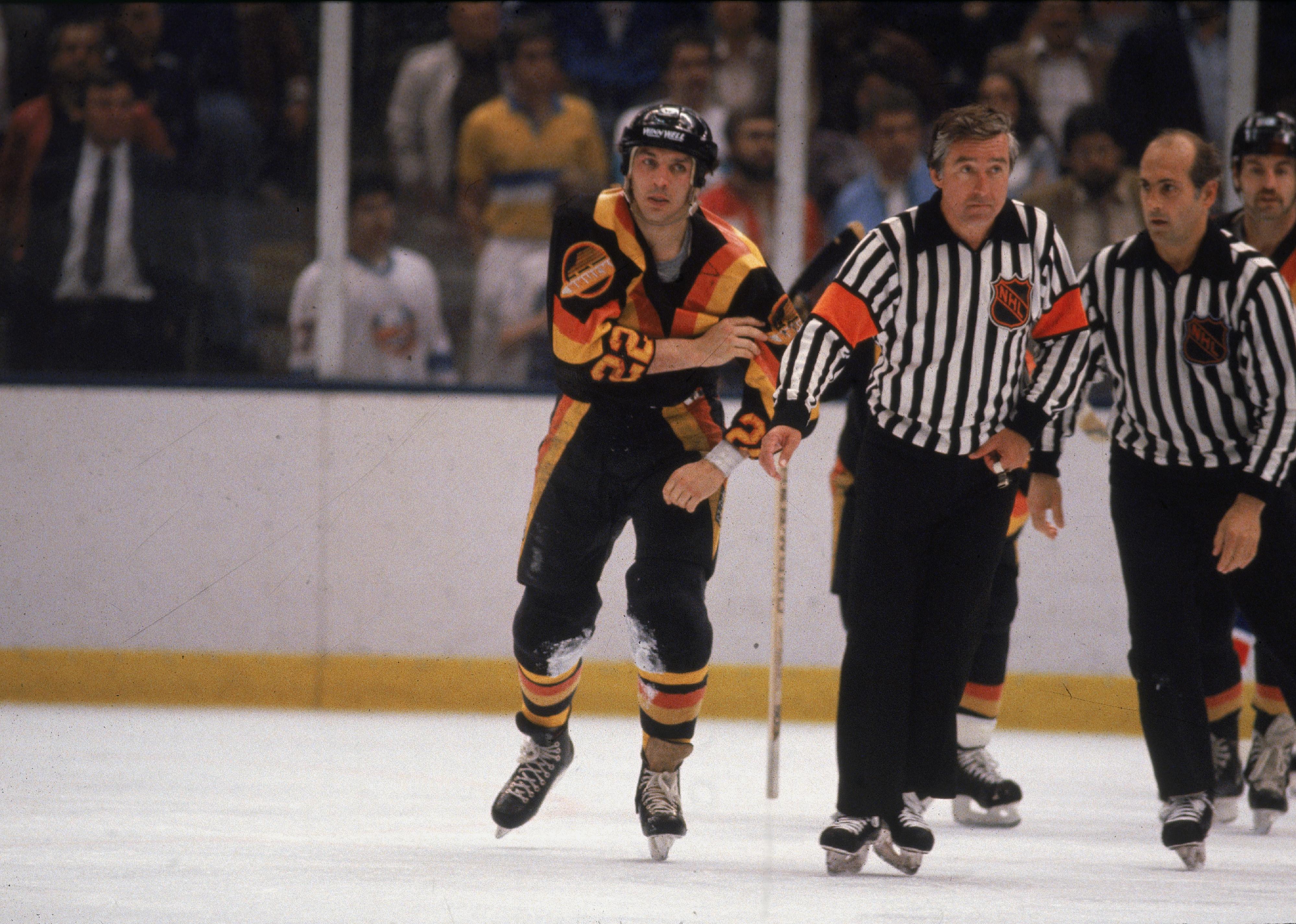 Dave “Tiger” Williams was a second-round pick of the Toronto Maple Leafs in 1974. He missed the playoffs only once and was an integral part of the Vancouver Canucks team that made it to the Stanley Cup Final in 1982. Williams earned his reputation as an enforcer with “cinder-block” fists and 231 career fights.