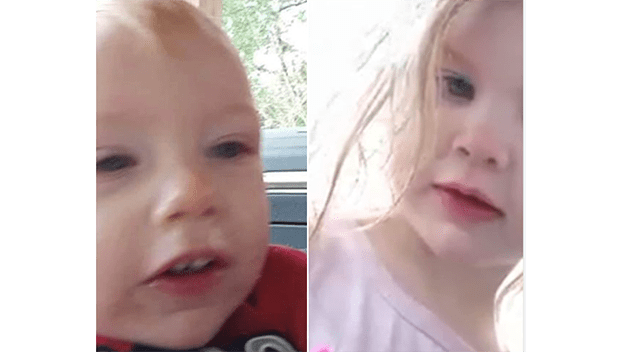 Cylis Vaughn is described as a white male with blue eyes and blonde hair, last seen wearing a red t-shirt with grey lettering across the chest.

Marlie Vaughn is described as a white female with blue eyes and blonde hair, last seen wearing a pink shirt with an animal print on it.

The vehicle being used is a 2010 blue Chevrolet Malibu, last seen traveling west on Alabama Street in Columbus, MS, near Wendy’s.

If anyone has information regarding the whereabouts of Cylis Vaughn and Marlie Vaughn or the vehicle, contact the Columbus Police Department at 662-244-3500.