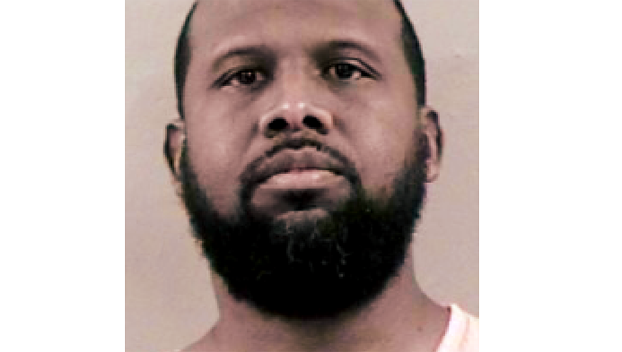 Judge David C. Bramlette III of the U.S. Southern District Court on Wednesday sentenced a slew of individuals involved in a drug trafficking investigation from March 2018.

That investigation, which was initiated by the Adams County Sheriff’s Office, led to the breakup of a major interstate drug trafficking network, headed by Kevin Singleton, 45, of Natchez. The investigation spread to others states and resulted in the arrest of individuals as far away as California.

Kevin Singleton (File photo)
On March 2, 2018, law enforcement raided Singleton’s home at 301 Johnson St., Natchez. Officers seized more than $1 million in cash and large amounts of cocaine, heroin and methamphetamine, which was determined to be 99 percent pure, and a cache of firearms and ammunition.

“The average citizen is under the impression that major crimes are not committed in rural areas,” said Adams County Sheriff Travis Patten. “This case proves that is certainly a false narrative. What this case also proved is the quality of the staff that works at your local sheriff’s office, and the importance of having well-trained officers.”

Patten said the case spanned more than two and a half years.

“The countless hours that were put into this case truly paid off not only for the community of Adams County, but the state of Mississippi, Texas and California. It just shows how essential it is to have open dialogue and a great working relationship with other agencies,” he said. “In this case, our sheriff’s deputies, narcotics unit, patrol and investigators played and essential role in bringing to a close this particular portion of a drug syndicate that spanned several states.

“In the overall case, millions of dollars were seized, properties were forfeited and more importantly, large-scale drug dealers were taken off the streets and this was all started by having a great working relationships with law enforcement and great working relationships with the community. The intel we received and verified from the community allowed us to work diligently with the MBN, the DEA, ATF and U.S. Attorney’s Office and others to bring to justice these individuals who have poisoned our community for years.”

Patten praised the Adams County Board of Supervisors for having the forethought to invest in the sheriff’s office in such as way as to allow it to operate at a level to bring down major criminals.

Patten said other major criminals are at work here.

“This is one big fish in a small pond, but I want the community to know there are others out there now that we are trying to catch, and if they give us enough time, we will bring them to justice, too.”

Singleton pleaded guilty in federal court on April 29, 2019, to four counts including possession and intended distribution of heroin, cocaine and methamphetamine and was sentenced by Bramlette to 35 years in federal prison.

His guilty plea was part of a plea deal with the U.S. Attorney’s office, Bramlette said at the time.

Multiple agencies joined the ACSO investigation, including the Drug Enforcement Administration, the Mississippi Bureau of Narcotics, the Bureau of Alcohol, Tobacco, Firearms and Explosives, the U.S. Marshal Service, the Mississippi Highway Patrol and the U.S. Postal Service Office of Inspector General.

During execution of the search warrant at Singleton’s home, officers seized packaging materials such as plastic bags, scales and $1,114,413 in cash stored in dresser drawers and containers in his bedroom with approximately 25.5 kilograms of cocaine, about 114.2 grans of heroin and about 1.9 kilograms of methamphetamine with a substance purity of approximately 99 percent.

Others arrested, convicted and sentenced in the case include: