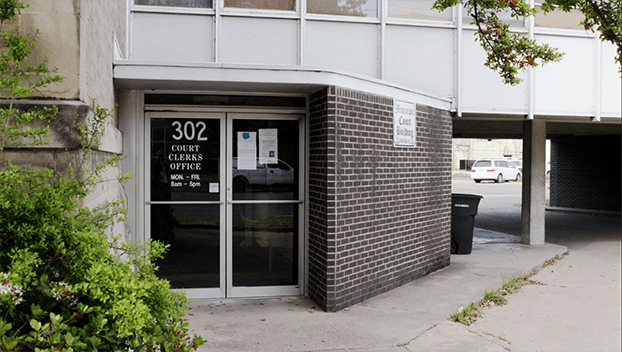 ProPublica is a Pulitzer Prize-winning investigative newsroom. Sign up for The Big Story newsletter to receive stories like this one in your inbox.

The Mississippi head of a legal advocacy organization has filed a formal complaint with the state judicial commission against a municipal judge whose no-knock search warrants have been challenged in court.

Cliff Johnson of the Mississippi office of the MacArthur Justice Center said he filed the complaint with the state Commission on Judicial Performance to push the state Supreme Court to clarify that judges must hand all search warrants they sign over to local court clerks.

Greenville Municipal Judge Michael Prewitt signed a number of no-knock search warrants that have been challenged in court. Those warrants allow police to barge into someone’s home unannounced. Rather than turn search warrants that he signs over to the clerk, he keeps them. Key legal figures in the state say that violates court rules.

In a statement released before he filed the complaint on Tuesday, Johnson said Prewitt’s handling of search warrants violates Mississippi’s rules of criminal procedure, thwarts public scrutiny and prevents people charged with crimes from defending themselves during the early phase of proceedings.

“It is our hope that the filing of this Judicial Performance complaint will result in the Mississippi Supreme Court sending an explicit reminder to Judge Prewitt and other judges across the state that they are responsible for making sure court files are complete,” Johnson said in the statement.

The complaint follows an investigation by the Northeast Mississippi Daily Journal and ProPublica, which reported that search warrants, including no-knock warrants, are missing from some of the state’s largest municipal courts and many county-level justice courts.

The Daily Journal and ProPublica found that about a third of the state’s 82 county-level justice courts are breaking rules that require them to keep all search warrant records. So are municipal courts in at least five of the state’s 10 largest cities, including Greenville and Jackson, the capital.

Even if the commission substantiates Johnson’s complaint, it could choose to admonish Prewitt privately. Sanctions beyond that, including a suspension, fines or a public reprimand, would require action by the Mississippi Supreme Court.

Hundreds of complaints are filed each year. Since 2010, the Mississippi Supreme Court has sanctioned judges about 50 times following a commission investigation. Many other complaints have resulted in private action.

Johnson declined to provide a copy of the complaint because of confidentiality rules governing complaints before the commission.

Prewitt said Tuesday that he had not yet been notified of a complaint against him. “I’ll be happy to review it and respond to it and go from there,” he said.

In a criminal appeal pending before the 5th U.S. Circuit Court of Appeals, public defender Merrill Nordstrom argues that Prewitt improperly authorized a no-knock search warrant in 2019 after a police informant purchased less than a gram of marijuana from a Greenville man named Antoine Bryant.

Police burst into Bryant’s home early one morning while his children slept. Bryant’s girlfriend alleged that she received a minor injury during the raid.

Nordstrom argues that the evidence seized in the raid should be thrown out because Prewitt had a pattern of approving no-knock search warrants that failed to pass legal muster. However, she wasn’t able to find most of the search warrants Prewitt had signed because they weren’t at the courthouse.

Her motion to suppress the evidence was denied by a federal judge, as were other challenges to Prewitt’s search warrants that were reviewed by the news organizations.

Prewitt told the Daily Journal and ProPublica this year that he keeps search warrants at his law office. Municipal Court Clerk Priscilla Bush said at the time she was unaware he had them.

On Tuesday, Prewitt said he still doesn’t give warrants to the clerk. Citing the complaint now pending against him, he wouldn’t discuss whether he plans to change that.

The news organizations found that 15 justice courts have no search warrants and 16 have only some.

Some justice and municipal courts fail to require law enforcement to return search warrants and related documents, including inventories of what they seized. Others keep search warrant records but won’t let the public see them, defying well-established jurisprudence about the availability of court records.

Exactly how many warrants are missing from clerks’ offices is unknown because they often don’t know when judges sign warrants or when they are executed.

Experts say the failure to allow access to court records prevents oversight of no-knock raids, which have faced increased scrutiny since Louisville, Kentucky, police shot and killed Breonna Taylor in a 2020 no-knock raid.

In previous comments to the Daily Journal and ProPublica, Prewitt argued that his handling of search warrants complies with the rules of criminal procedure, and if not, the Mississippi Supreme Court should clarify its rules.

Johnson’s complaint against Prewitt argues otherwise, and he wants a definitive statement saying so. Johnson has won key legal victories in Mississippi that prevented cities and counties from jailing poor people for their inability to pay fines and fees.

Mississippi’s rules of criminal procedure, set down by the state Supreme Court, require that search warrants and some other related documents be returned to the court. Those rules don’t specify who should receive the documents. But they do say the court clerk is custodian of all court records, and they require that judges turn over to the clerk any documents filed with them.

Several key legal figures who were involved in the drafting of Mississippi’s rules of criminal procedure agreed that judges should provide executed search warrants to the clerk and the court.

“The judge can’t keep it,” said William Waller Jr., a retired state Supreme Court justice. “That’s what the clerk is there for.”