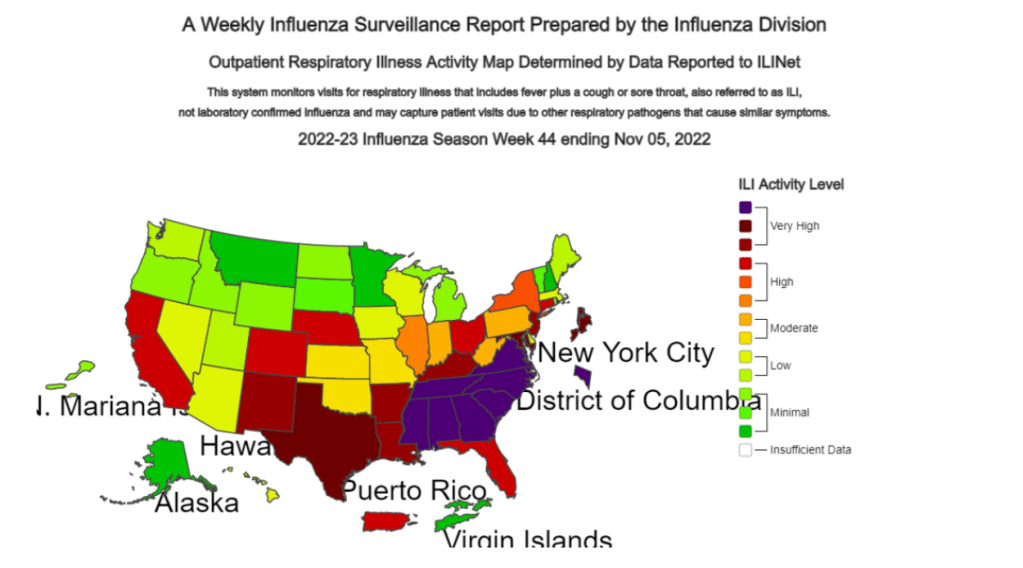 Each year, the Center For Disease Control ranks each state on the level of activity seen from Influenza-Like Illness (ILI).

Mississippi is ranked at the top of the scale — very high — and locals are experiencing the effects.

“The flu is in Vicksburg now. It arrived early, and we are seeing a lot of cases,” said Mississippi State Health Officer and Vicksburg physician Dr. Dan Edney.

Therefore, for those who have yet to get their flu shot, Edney said, it may be too late since it takes 10 to 14 days for the antibody to become effective. But that doesn’t mean there aren’t other protective measures, he said, some of which include avoiding crowds, staying away from anyone sneezing and coughing and washing hands.

And if you get the flu, Edney said, there is medication available, which if taken when symptoms begin can help alleviate the severity.

There is also medication for those living in the home or who are in close proximity to someone who has the flu.

Edney said the flu is most deadly for people who are 65 and older and children 4 years old and younger.

“Especially those under 1,” Edney said. “There have been five pediatric deaths nationwide, but none in Mississippi.”

Getting the flu vaccine is the best way someone can protect themselves from the flu, Edney said. But unlike the live-attenuated vaccines that can provide a lifetime of protection, such as the MMR, smallpox and chickenpox vaccines, the flu vaccine is an inactivated vaccine, meaning one may need several doses.

Also, the flu vaccine does not prevent one from getting the flu.

Mississippi and Vicksburg are in the throes of flu season, but hopefully, Edney said, the state will plateau soon.

The Southern Hemisphere is typically an indicator of what the U.S. can expect Edney said, and the flu has already moved through that portion of the world.