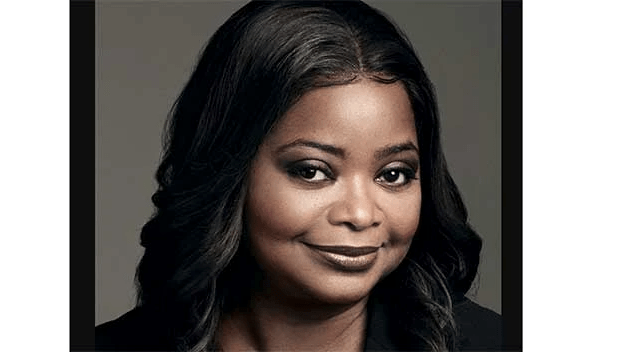 The actress who began her career in Mississippi and won the Academy Award for her performance in “The Help” filmed in the Magnolia State, will forever have place in the Hollywood Walk of Fame next month.

Academy-Award-winning actress Octavia Spencer will have her star dedicated with the more than 2,700 stars that are part of the famous monument to the entertainment industry.

Spencer will be honored with the 2,742nd star on the Hollywood Walk of Fame on December 8, 2022, at 11:30 a.m. The star will be located at 6623 Hollywood Boulevard in front of Ballet Hollywood. Spencer will be awarded her star in the category of Motion Pictures.

The Hollywood Chamber of Commerce has proudly hosted the globally iconic Hollywood Walk of Fame since 1960. The Chamber exists to transform business and improve lives. Through the Walk of Fame, the Chamber celebrates the business that transforms us all – the business of entertainment. Entertainment is a unique blend of art and enterprise: elevating and inspiring us all.

ABOUT OUR HONOREE Award-winning actress Octavia Spencer will be honored with the 2,742nd star on the Hollywood Walk of Fame on December 8, 2022 at 11:30 a.m. The star will be located at 6623 Hollywood Boulevard in front of Ballet Hollywood. Spencer will be awarded her star in the category of Motion Pictures. “Octavia Spencer is one of Hollywood’s most captivating actresses, appearing in many films that have endeared her to fans from around the world,” stated Ana Martinez, Producer of the Hollywood Walk of Fame. “Octavia has won many of the entertainment world’s most coveted awards for her work. We are thrilled to give her the only award that can be shared with her fans, as they pose with and touch her star once it is added to our iconic sidewalk!” added Martinez.

Octavia Spencer is a native of Montgomery, Alabama and holds a BS in Liberal Arts from Auburn University. She began her career with the movie “A Time to Kill” —filmed in Canton, Mississippi — and landed numerous other small roles until a standout performance on “Ugly Betty” landed her on People Magazine’s 25 Funniest People in Hollywood.

Since then, Octavia Spencer has become a familiar fixture in both television and the silver screen. Her performance as Minny in the DreamWorks feature film “The Help” — also filmed in Mississippi — won her the Academy Award, BAFTA Award, Golden Globe Award, SAG Award and Broadcast Film Critics’ Choice Award among numerous other accolades. She has since received two additional individual Academy Award nominations and recently served as an executive producer on the critically acclaimed drama, Green Book, which won the 2019 Academy Award for Best Picture and Golden Globe for Best Motion Picture – Musical or Comedy.

Octavia can currently be seen in the holiday film for Apple TV+, Spirited, alongside Ryan Reynolds and Will Ferrell. On the small screen, Spencer will return for the third season of Apple TV+’s thriller, “Truth Be Told,” as Poppy Parnell, a true crime podcast host who risks everything in pursuit of truth and justice. In addition to starring in, she also serves as an executive producer on the program alongside Reese Witherspoon’s Hello Sunshine and Chernin Ent / Endeavor Content.

In 2019, Octavia Spencer launched her production company, ORIT Entertainment which she runs with partner and producer Brian Clisham and Head of Production and Development Stephanie Kluft. Projects under the ORIT Entertainment banner include “Truth Be Told,” “Self-Made: Inspired by The Life of Madam C.J. Walker,” and their award-winning documentary short, Right to Try. ORIT recently announced that they are teaming with ID, discovery+ and October Films in an expansive partnership and development deal for premium unscripted true-crime content.

In 2021, Spencer starred in Amazon Studios’ Encounter, a sci-fi thriller following two brothers as they embark on a journey with their father, who tries to protect them from an outside threat. In 2020, Octavia starred as the title role in “Self Made: Inspired by the Life of Madam C.J. Walker,” a limited series for Netflix about entrepreneur and social activist, Madam C.J. Walker, which she executive produced along with LeBron James and his production company, Springhill Entertainment. Her performance earned her a nomination for “Outstanding Lead Actress in a Limited Series or Movie” at the 72nd Primetime Emmy Awards as well as a nomination for the 52nd NAACP Image Awards in the category of “Outstanding Actress in a Television Movie, Limited–Series or Dramatic Special.”

In 2021, Spencer starred alongside Melissa McCarthy in the Netflix comedy Thunder Force, and in 2020, she appeared in The Witches, Robert Zemeckis’ adaptation of the Roald Dahl classic book, alongside Anne Hathaway. She was also previously featured as one of the voices in the Disney adventure animation, Onward, alongside Chris Pratt, Tom Holland, and Julia Louis-Dreyfus; as well as the fantasy comedy film, The Voyage of Doctor Dolittle with Robert Downey Jr., Rami Malek, Emma Thompson, Antonio Banderas, and Selena Gomez.

Additionally, Spencer portrayed Harriet Wilson in the independent drama, Luce, alongside Naomi Watts and Tim Roth. Her performance in the film earned her a nomination for “Best Supporting Female” at the 35th Annual Film Independent Spirit Awards. In 2019, Spencer was seen in the psychological thriller, Ma, in which she played the titular role and reunited with The Help director Tate Taylor. In 2017, she starred in Guillermo del Toro’s Academy Award-winning fantasy drama, The Shape of Water alongside Sally Hawkins, Michael Shannon, and Richard Jenkins. She received individual Golden Globe, BAFTA, and Academy Award nominations for her role in the film, in addition to the Academy Award for Best Picture, the film received the coveted Golden Lion Award at the Venice Film Festival, among numerous other accolades.

Octavia is a longtime board member of City Year Los Angeles, an education nonprofit that partners with AmeriCorps to provide young adult mentors for students in systemically underserved communities.