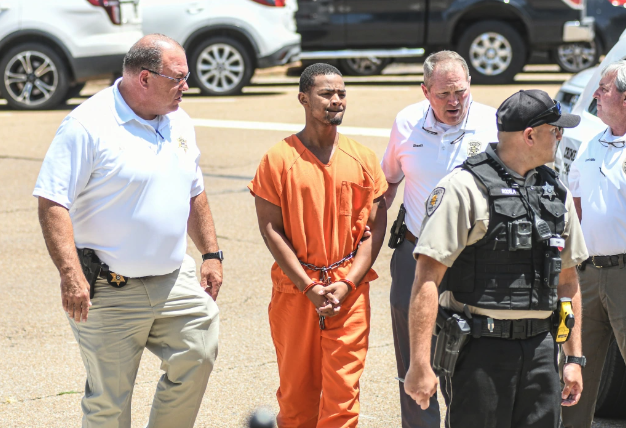 Sheldon Timothy Herrington Jr. enters the Lafayette County Courthouse for a hearing in Oxford, Miss. on Wednesday, July 27, 2022. Herrington has been charged with murder in the case of Jimmie “Jay” Lee.(©Bruce Newman)

The man charged with first-degree murder in the case of a University of Mississippi student who has been missing since early July was released on a $250,000 bond Thursday.

Sheldon Timothy Herrington Jr., 22, faces a murder charge for the suspected killing of 20-year-old Jimmie “Jay” Lee, whose body has yet to be found after his July 8 disappearance. Lee was well-known in the LGBTQ community of the town of Oxford, and his disappearance sparked fear among students and residents.

Herrington has maintained his innocence since being charged. In October, he filed a lawsuit against Lafayette County Sheriff’s Department, claiming he was being held in jail without direct evidence to implicate him in Lee’s murder.

Police say they viewed social media conversations on Herrington’s phone that showed conversations between him and Lee on the morning of July 8. They added that Herrington did numerous computer searches about international travel, and they found Google searches for “how long it takes to strangle someone” minutes after Lee reportedly told Herrington he was on his way to the apartment.

Legal proceedings are ongoing, and Herrington will face a grand jury, according to a spokesperson for the Oxford Police Department. Kevin Horan, Herrington’s attorney, did not immediately respond to a request for comment.