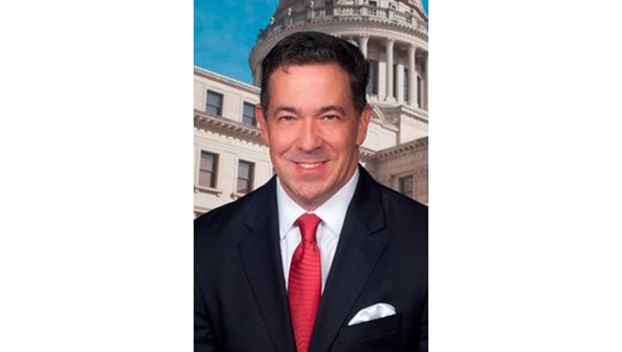 “My official answer is, all the cards are on the table and all the options are available and there’s time to decide,” McDaniel said when questioned about a run for lieutenant governor. “… (Hosemann) is not one of us, and that’s causing a tremendous amount of frustrated conservatives.”

McDaniel called Hosemann, “the best thing that’s happened to Democrats in this state in a generation.”

“… I will be running some type of race one way or the other in 2023, so I have been fundraising, and traveling the state meeting people who share conservative values … Mississippi deserves fighters in the mold of DeSantis and in the mold of Trump. We are a very red state and we should behave like we are a red state.”

Hosemann through a spokesperson declined comment on McDaniel’s brickbats or potential run.

Unseating a popular and well-known Republican like Hosemann would be a tough task in Mississippi, where majority party incumbency typically wins the day. But McDaniel, although he fell short in his U.S. Senate races in 2014 and 2018, should not be taken lightly as a challenger, said Austin Barbour, a longtime state and national GOP strategist.

“I think in the political environment in this country right now, to a certain degree all incumbents have vulnerability,” Barbour said. “If you don’t believe me, go ask (U.S. Rep.) Michael Guest, who got the scare of his life this year in a Republican primary.

“I think if Chris McDaniel runs for lieutenant governor, he has to be taken seriously,” Barbour said. “… He’s got hundreds of thousands of followers on social media, and people like me who do campaigns know how valuable an asset a social media presence like Chris McDaniel’s is.”

But Barbour said Hosemann maintains “presence and popularity” and McDaniel would have to “expand outside of his base to pull off a victory like this.” He said he isn’t aware of widespread complaints about Hosemann’s conservative bona fides.

“Delbert Hosemann is very well liked,” Barbour said. “He has popularity, widespread name recognition, a large war chest and a conservative record of what he’s done in office, and the career he’s had outside of politics … Delbert Hosemann is a conservative, but it’s not a surprise that a potential challenger would try to get to the right of the incumbent.”

Hosemann has clashed with fellow Republican leaders on some issues, such as elimination of the state income tax, and by being at least open to discussion of expansion of Medicaid to cover the working poor.

For his part, McDaniel has frequently clashed with the state’s Republican leadership. He found himself at odds with the GOP establishment when he challenged longtime U.S. Sen. Thad Cochran in 2014, and when he challenged Sen. Cindy Hyde-Smith in 2018.

McDaniel was also a political foe of Gov. Tate Reeves during Reeves’ two terms as lieutenant governor, at the time often claiming — as he does now with Hosemann — that Reeves was not conservative enough when he ran the state Senate.

But McDaniel appears to have mended fences with Reeves, who as governor now is de facto head of the state GOP and who himself has been critical of Hosemann and questioned his conservativeness. Should he run McDaniel might not be quite the state GOP outsider he’s been in the past.

“I consider Tate to be a friend, and I have many, many friends in his circle,” McDaniel said. “I have to take responsibility for some of that tension we had in the past. He and I have very different personalities, and I think that we both perhaps rubbed each other the wrong way. It was personalities, it wasn’t philosophical. Tate is conservative. I’m conservative. I think our personalities clashed, but we were able to put that aside.”

McDaniel said he’s confident in his own current political position.

“My name ID is one of the top in the state, and polling has never looked better for me than in this moment,” McDaniel said. “I can say, generally speaking, God has been really good to me and a lot of the bridges that appeared to be burned in 2014 appear to be repaired. This is a wonderful state full of forgiving people.”

One of McDaniel’s complaints of Hosemann is that as lieutenant governor he’s given Democrats too much power as committee chairmen and chairwomen in the 52-member Senate.

“Let’s just be frank. There are 16 Democrats in the Senate, and 13 hold chairmanships,” McDaniel said.

But with a 52-member Senate with 41 standing and joint committees, giving chairmanships to minority party members isn’t really policy — it’s math. McDaniel did not mention that 13 Democrats also held chairmanships during Reeves’ final four years as lieutenant governor, when Republicans held a supermajority similar to now. In Reeves first term, he appointed 17 Democrats to chairmanships.

McDaniel also claimed that Hosemann “protected Democrats with redistricting” this year when the Legislature redrew district maps based on population changes. Notably, Senate redistricting will likely mean the ouster of one of McDaniel’s closest allies, Sen. Melanie Sojourner, R-Natchez. Sojourner’s district was collapsed into another, with the new district a 60% Black majority.

But Hosemann and other Republicans said the move was required because of population shifts, and noted that while a district was eliminated in southwest Mississippi, another heavily Republican one was created in Rankin and Smith counties.

McDaniel said: “(Hosemann) eliminated the career of one of the most conservative members in the chamber.”

“You might recall earlier this year Mississippi Today wrote an article, describing the three Republican parties in this state, and saying Hosemann is head of the moderate wing and I’m the head of the conservative wing,” McDaniel said. “I would go further. He’s the best thing that’s happened to Democrats in this state in a generation. Now that he’s taking positions, people can see that and he can’t hide his true colors any more.

“Delbert stood in the way of income tax elimination — he stopped it,” McDaniel said. “People are not happy with the growth of this government, not happy that Democrats have as much say in this Senate as they do. From expansion of TANF benefits to the attempted expansion of the welfare state, people are unhappy with it.”

While he said he hasn’t made any decision yet, McDaniel appears to be laying groundwork for a statewide run, not reelection to a Senate seat. He’s traveling the state frequently and meeting with numerous Republican and other groups.

“It’s been really good,” McDaniel said. “People are hungry for leaderships and they want to see fighters. One thing I was born to do is fight.”