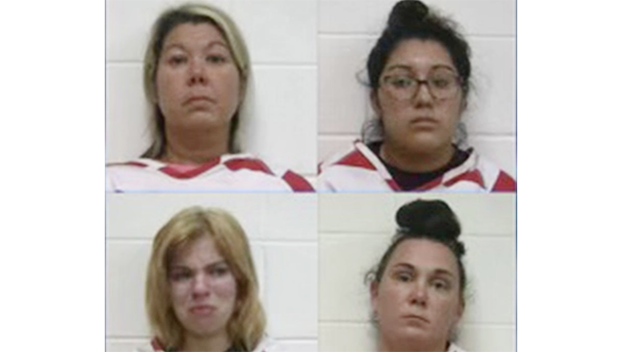 Three women who were sentenced to jail time in a child abuse case that involves employees of a daycare that serve families in Mississippi and Louisiana have filed motions for the judge to reconsider their sentences.

Court records show Lysa C. Richardson, the former owner of Noah’s Ark Daycare in Vidalia, Lousiana, and her former employees Bridget K. Delaughter and Julianne Perales have all filed motions for Louisiana Seventh Judicial District Circuit Court Judge Kathy Johnson to reconsider the sentences she gave them on Sept. 7. Two of the hearings have been tentatively set for 1:30 p.m. on Wednesday, Dec. 7.

Richardson, owner of the daycare facility that serves families in Vidalia and Natchez, Mississippi, pleaded guilty to three counts of cruelty to a juvenile and was sentenced to seven years of hard labor.

Delaughter pleaded guilty to three counts of cruelty to a juvenile and was sentenced to nine years of hard labor.

Perales pleaded guilty to six counts of cruelty to a juvenile and was sentenced to 12 years of hard labor, without benefits. The first three counts run concurrently and the last three consecutively.

None of them are allowed to work at a childcare facility ever again, Johnson ordered.

Court records show two weeks later, on Sept. 15, Richardson and Delaughter both filed motions for the judge to reconsider their sentences. Perales followed with the same motion on Oct. 7, a month after she was sentenced.

Court dates to reconsider the sentences have been tentatively set for Dec. 7 for Richardson and Delaughter and Jan. 19 for Perales.

Another former employee at Noah’s Ark who pleaded guilty in the case, Taylor Ragonesi, received no jail time on the date of her sentencing.

Ragonesi, who at the time was 23 weeks pregnant, was sentenced to three years of hard labor suspended with three years of supervised probation and 1,000 hours of community service and an anger management class beginning when her child is 6 months old.

When issuing the sentence, the judge read aloud a medical report that stated Ragonesi has severe Crohn’s Disease, for which she takes regular injections. If not properly treated, “it can be detrimental” to Ragonesi and her unborn child, Johnson read from the medical report.

The convictions stem from an October 2021 investigation of a complaint of child cruelty at the daycare. The case was later turned over to Louisiana State Police because of a conflict of interest as Concordia Parish Sheriff David Hedrick said his son attended the daycare.

Officials seized surveillance footage that revealed more than 80 instances of abuse at the center. Footage of children being slapped, kicked and hit with wooden paint sticks and being dragged by the hair and arms was shown to the courtroom during the sentencing hearings.