Man who escaped Mississippi sheriff transport van captured in Louisiana. Two others arrested for reportedly helping in the escape. 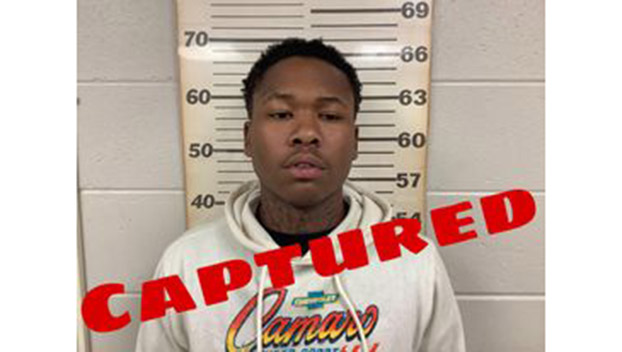 A Mississippi escapee who jumped from a transport van after being picked up by deputies last week has been captured in Louisiana.

On Dec. 1, Javier Kidd was captured in Tangipahoa Parish, Louisiana at a local hotel, according to the Pike County Sheriff’s Office.

On. Nov. 28, Kidd jumped out of a Pike County transport van after he was picked up by McComb Police Department.

Two other people have been arrested in connection with the case.

On the morning of Nov. 29, after receiving information on possible whereabouts of Javier Kidd in 900 block of Avenue E, McComb, deputies made contact with Xavier Ramos, 19, of McComb. He was arrested and charged with Accessory After the Fact of a Felony with Intent to Aid an Inmate with Escape or to Avoid Arrest.

Later that evening, a warrant was issued for Fransheka Mark, 27, of McComb, for Accessory After the Fact of a Felony with Intent to Aid an Inmate with Escape or to Avoid Arrest and she was arrested.

Bond has been set at $40,000.00 for each individual. Both are still in the Pike County Jail at this time. All suspects are innocent until proven guilty in a court of law.