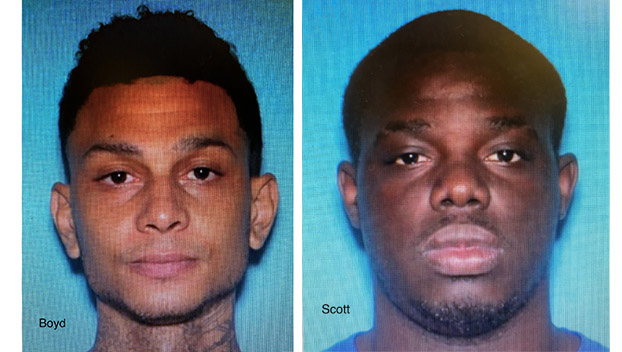 Police say they are looking for two “armed and dangerous” murder suspects who reportedly shot and killed a teenager at a Crystal Springs gas station.

Arrest warrants have been issued for Datarius Mylik Jamall Boyd, 27, and Nhekhil Quajaylon Lamar Scott, 23, both of Jackson, in connection with the murder of Bashar Ali Abublla Mohamed.

Both men are wanted for capital murder, and both men should be considered armed and dangerous, police say.

According to investigators, Mohamed was shot and killed at the new Exxon gas station on Highway 51 in Crystal Springs on Monday, November 28.

Surveillance video from the gas station reportedly shows Boyd leaving the store with a firearm in his hand.

Anyone with information about the two suspects can contact the Crystal Springs Police Department. More arrests are expected in the case.