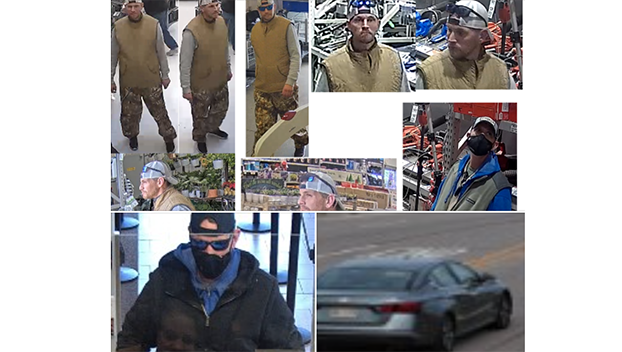 Mississippi police have posted new images of a man they say robbed a bank in November while brandishing what appeared to be a weapon concealed in his waistband.

The Gulfport Police Department is asking for the public’s assistance to identify the individual shown in the photos.

According to Detectives, on Nov. 18, 2022, at approximately 11:47 a.m., the unknown white male entered a Gulfport bank in the 300 block of Courthouse Road and demanded money from the bank teller while brandishing what appears to be a black, handgun that was concealed within his waistband.

The suspect then fled the scene with cash in hand that was stolen from the bank teller.

The individual fled the scene in a Grey Nissan Altima vehicle, towards Texas Avenue with (Stolen MS Tag: HAQ5914).