20 celebrations this holiday season besides Christmas 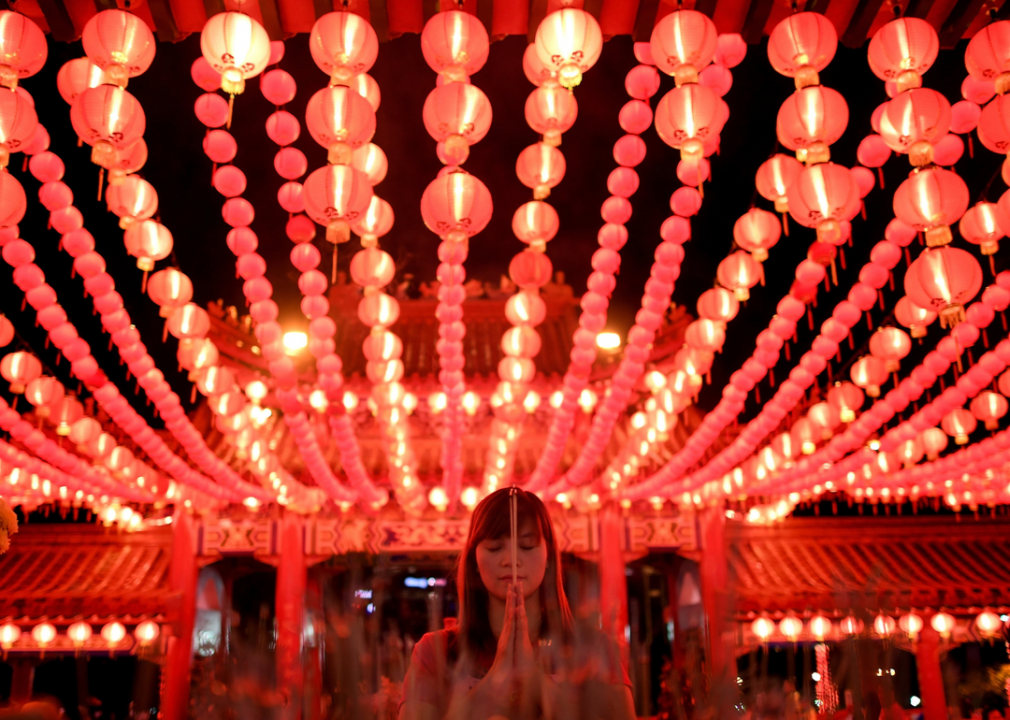 20 celebrations this holiday season besides Christmas

When it comes to winter holidays, Christmas takes up a lot of airspace. Celebrated around the world, Christmas is considered both a religious holiday, honoring the birth of Jesus, as well as a cultural one, with a history and tradition that combines Christian beliefs with ancient folklore and pagan rituals. For some, Christmas isn’t Christian at all, but a time for fir trees, Santa, and food.

The traditional Christmas story tells of Joseph and Mary making their way to Bethlehem, trying to find a room for the night, and subsequently staying in a stable where Mary gave birth to Jesus. However, Jesus’ birthdate is not actually known, and the customs traditionally enjoyed during the Christmas holiday started long before his birth.

The winter solstice was celebrated for centuries before Christianity, with feasts that involved the burning of yule logs, decorating homes with fir trees, and providing gifts and food to family members. As Christianity took hold, Dec. 25 was chosen as the day to honor the birth of Christ, with the speculation that having a Christian celebration at the same time as pagan rituals would help promote the religion and bring more followers.

In 1870, Christmas was declared a federal holiday and is now one of the most popular holidays in the United States, and is also widely celebrated in other countries.

But Christmas isn’t the only holiday celebrated during the winter season. There are a plethora of other holidays that are culturally significant to their countries of origin, some of which have festivities that far exceed even the most ostentatious Christmas celebration.

From religious festivals to ceremonies honoring the change of seasons, as well as secular events that take place in many different countries, Stacker gathered information from various sources to compile a list of fall and winter holidays celebrated all over the world. These include holidays celebrated on a national and local level, religious days, and long-standing cultural traditions.

Take a look at these 20 diverse holidays celebrated between October and February.

You may also like: Diwali explored in 20 stunning images 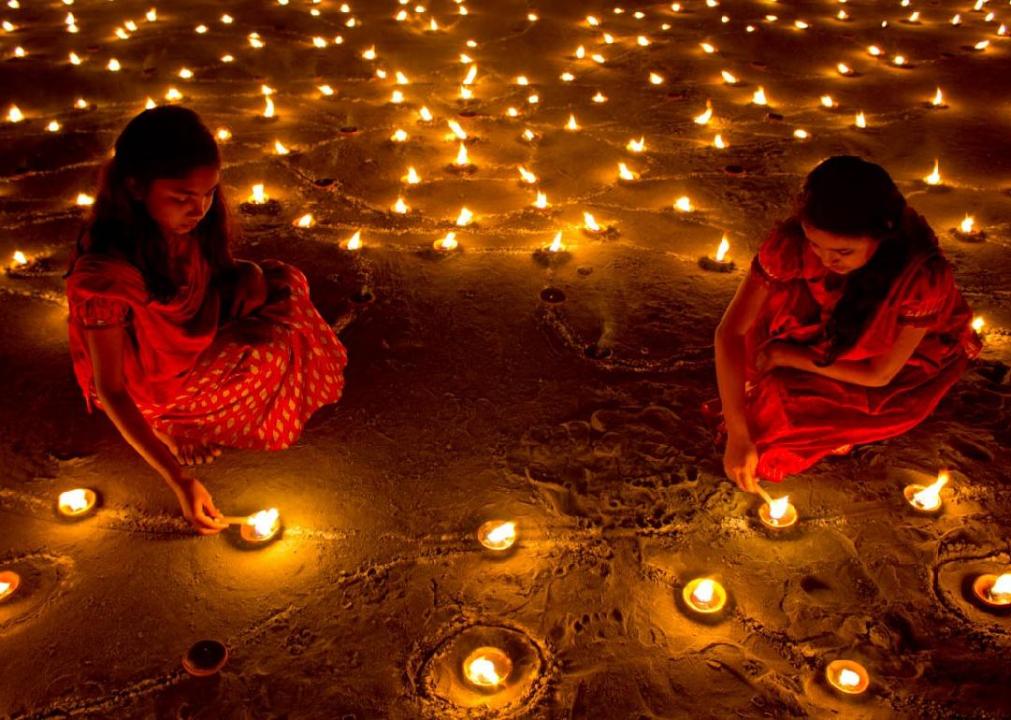 Otherwise known as the Festival of Lights, Diwali is a holiday of Hindu origin and is widely celebrated throughout India. The five-day event takes place on the 15th day of the month of Kartik in the Hindu calendar, which falls in October or November. Celebrants light clay lamps, said to represent the destruction of anything negative in one’s life, and celebrate the goddess Lakshmi, who is purported to bring wealth and good fortune. 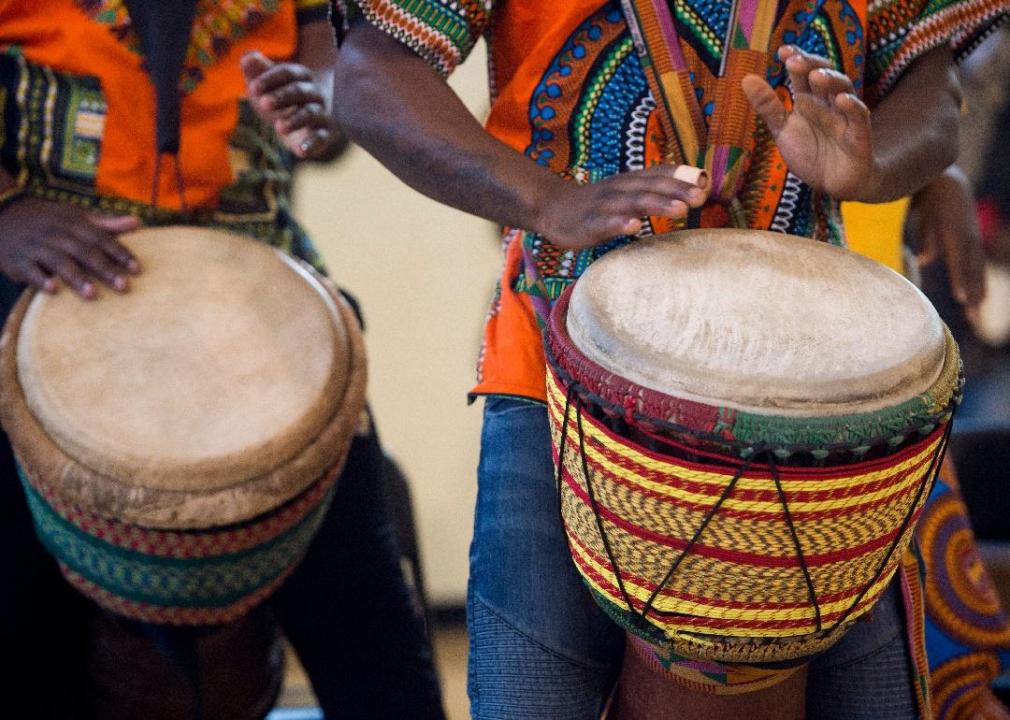 Kwanzaa, which is observed from Dec. 26 to Jan. 1, is a holiday that celebrates African culture and community. With activities focused around what is called the Nguzo Saba (The Seven Principles) celebrating traits such as collective work, creativity, and purpose, communities join together with feasts, music, dance, and a continued commitment to cultural values. 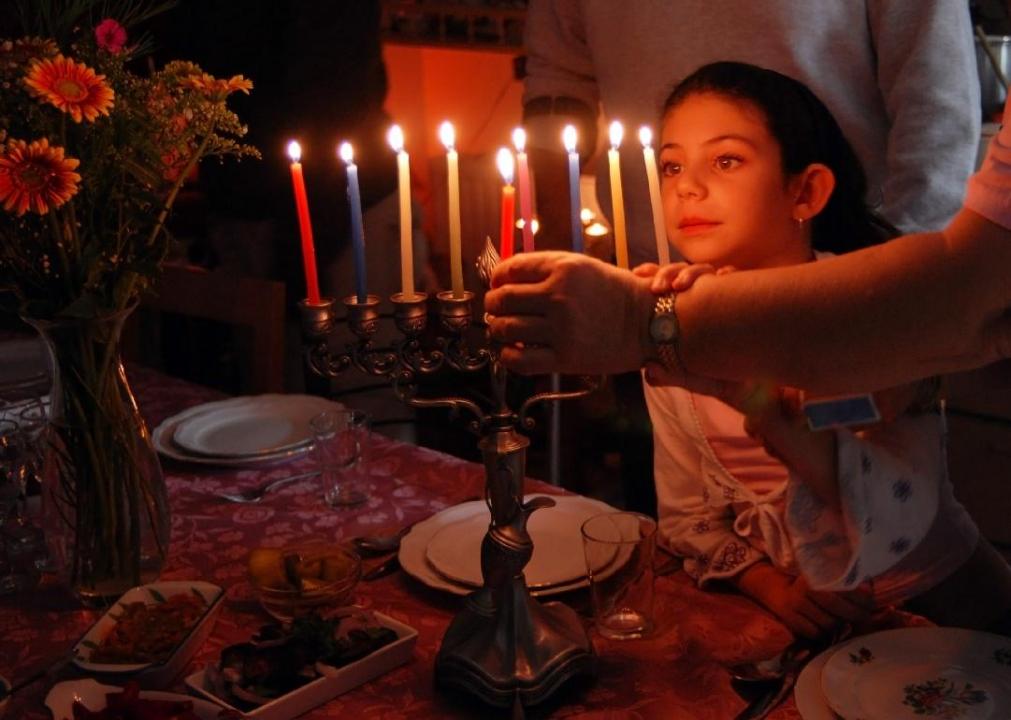 The Jewish festival of Hanukkah is an eight-night celebration that commemorates the rededication of the Second Temple in Jerusalem during the Maccabean Revolt. It begins on the 25th of Kislev on the Hebrew calendar, which usually occurs in November or December. Celebrations include meals with traditional foods, the lighting of the menorah, and eight nights of games and gifts. 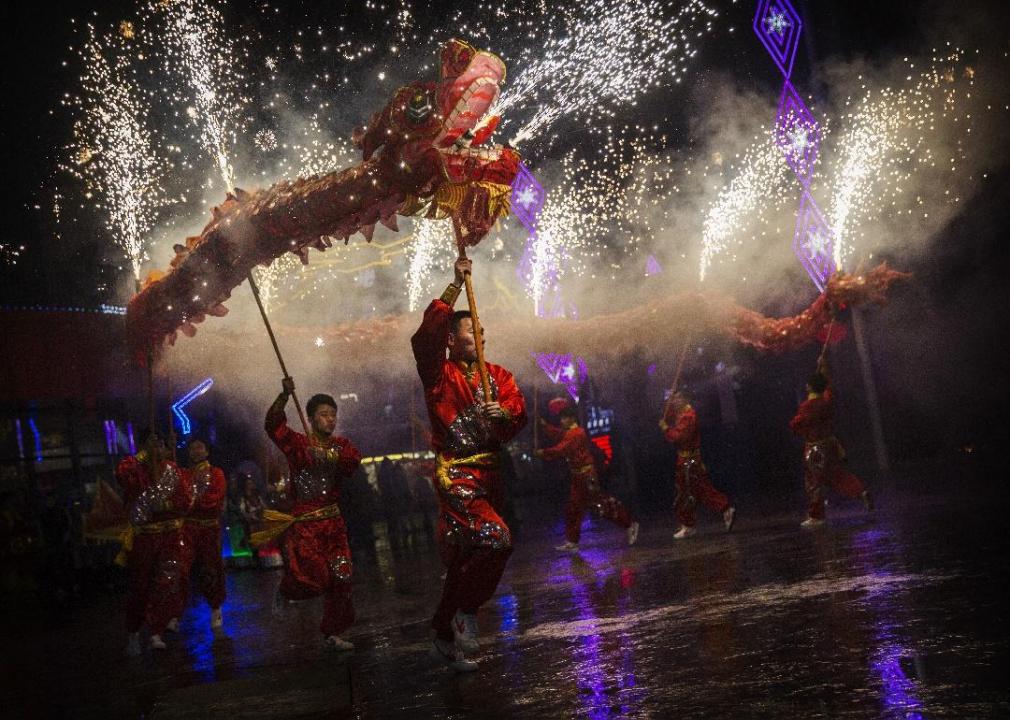 The Chinese New Year marks the start of the lunar new year, which occurs sometime between Jan. 21 and Feb. 20. Also known as the Spring Festival, it is considered one of China’s most important celebrations, with each year being named after one of the 12 animals in the Chinese zodiac. Festivities include fireworks, parades, and performances. The holiday closes with a lantern festival. 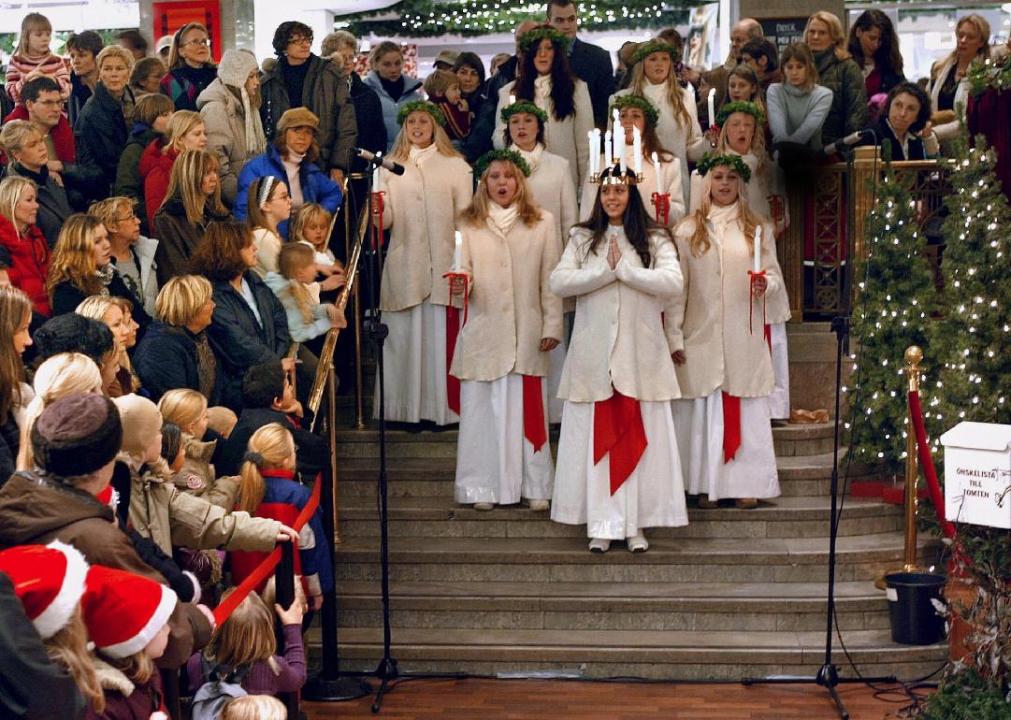 Celebrated in Sweden, Norway, and Swedish-speaking parts of Finland, St. Lucia’s Day takes place on Dec. 13, in honor of St. Lucia, an early Christian martyr who was killed by the Romans in 304 A.D. The festival includes the selection of a girl to represent St. Lucia, who then walks at the head of a procession through the town, singing traditional songs. The holiday is also celebrated in parts of Italy, where St. Lucia is considered the patron saint of Syracuse in Sicily. 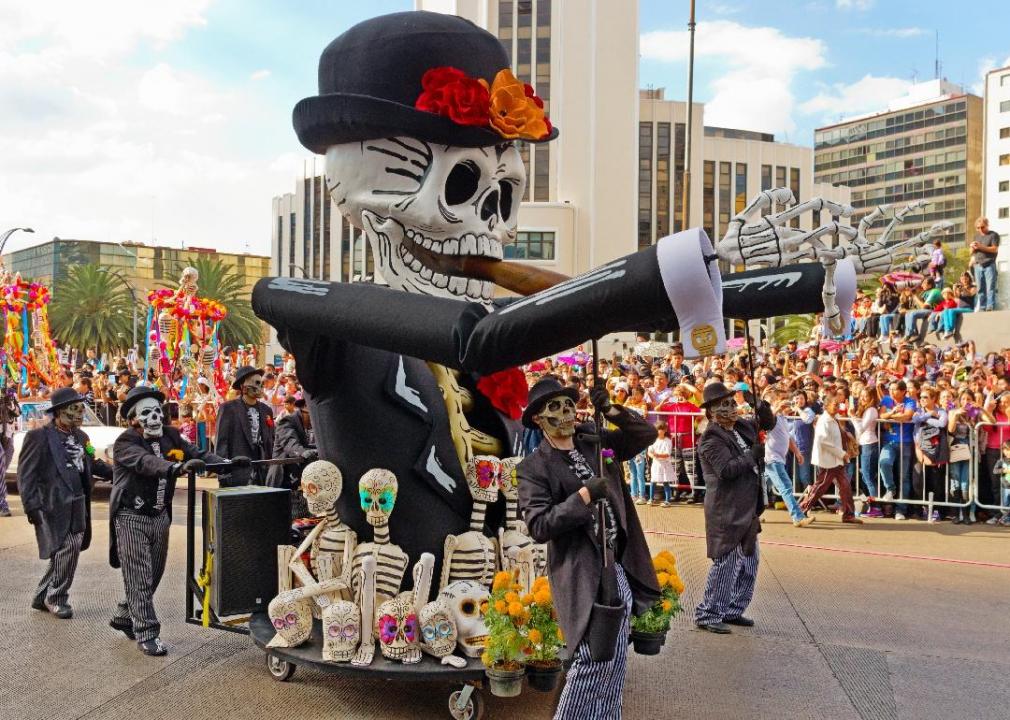 Commonly known as Day of the Dead, the Mexican holiday of Día de los Muertos takes place during the first two days of November. While many think of it as being similar to Halloween, it is a celebration of the lives of family members who have passed away, commemorated with costumes, song and dance, food, parades, and offerings to lost loved ones. This important Indigenous celebration was recognized by UNESCO in 2008, who added it to the list of Intangible Cultural Heritage of Humanity. 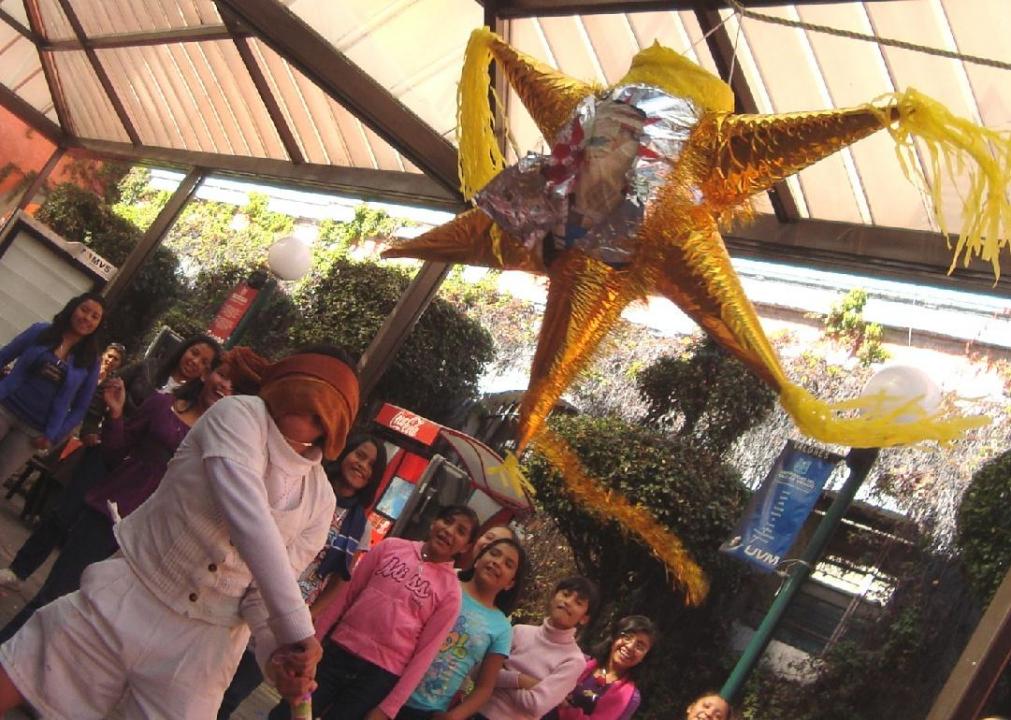 Las Posadas, a Mexican holiday that takes place between Dec. 16 and Dec. 24, honors the journey of Joseph and Mary as they made their way from Nazareth to Bethlehem. The festival includes a small child dressed as an angel, leading a procession of children through town as they go to various homes, seeking lodging for Joseph and Mary. Each stop includes songs and scripture readings and ends with a Mass service and the children breaking open piñatas full of candy and toys. 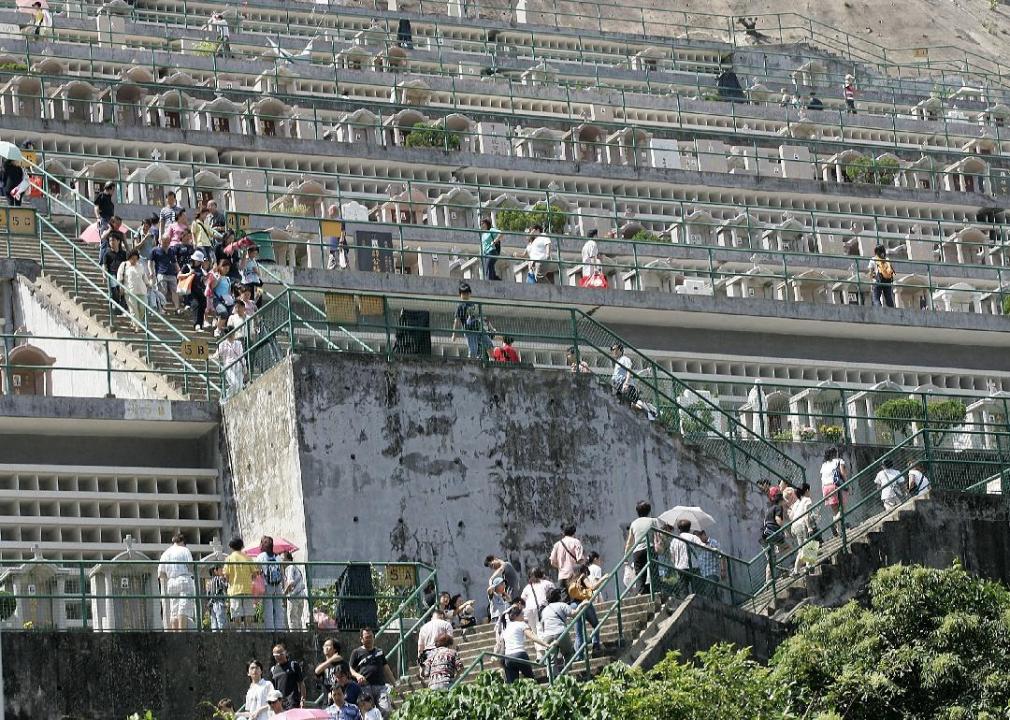 The Chung Yeung Festival celebrated in Hong Kong, China, and Taiwan takes place on the ninth day of the ninth month using the Chinese lunar calendar, which is usually around mid-October on the Western calendar. During the festival, families climb the nearby hills to visit the graves of their ancestors, a tradition that is more than 2,000 years old and comes from the legend of Jing Huan, a man who took his family into the hills to visit and subsequently survived the slaughter of his entire village. 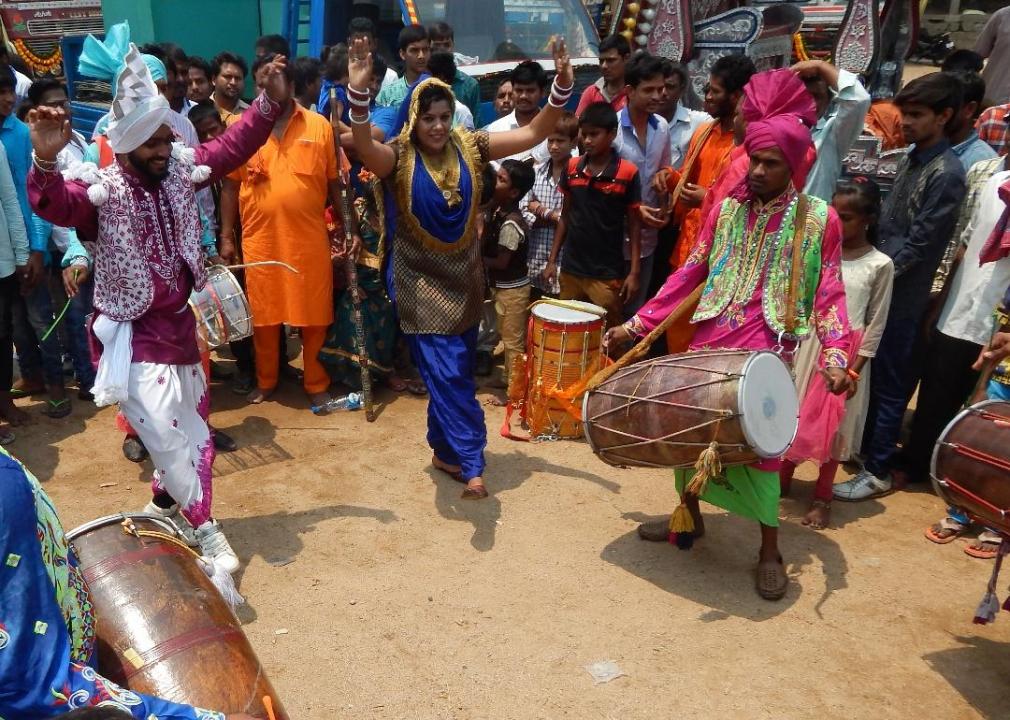 The Lohri festival, held each year on Jan. 13, is celebrated in northern India and marks the end of the winter when the sun changes its course. Ceremonies include building large bonfires and tossing candies and sesame seeds into them while singing and dancing until the fire goes out, and children go door to door singing the praises of Dulla Bhatti, the Punjabi version of Robin Hood, who stole from the rich and gave to the poor. 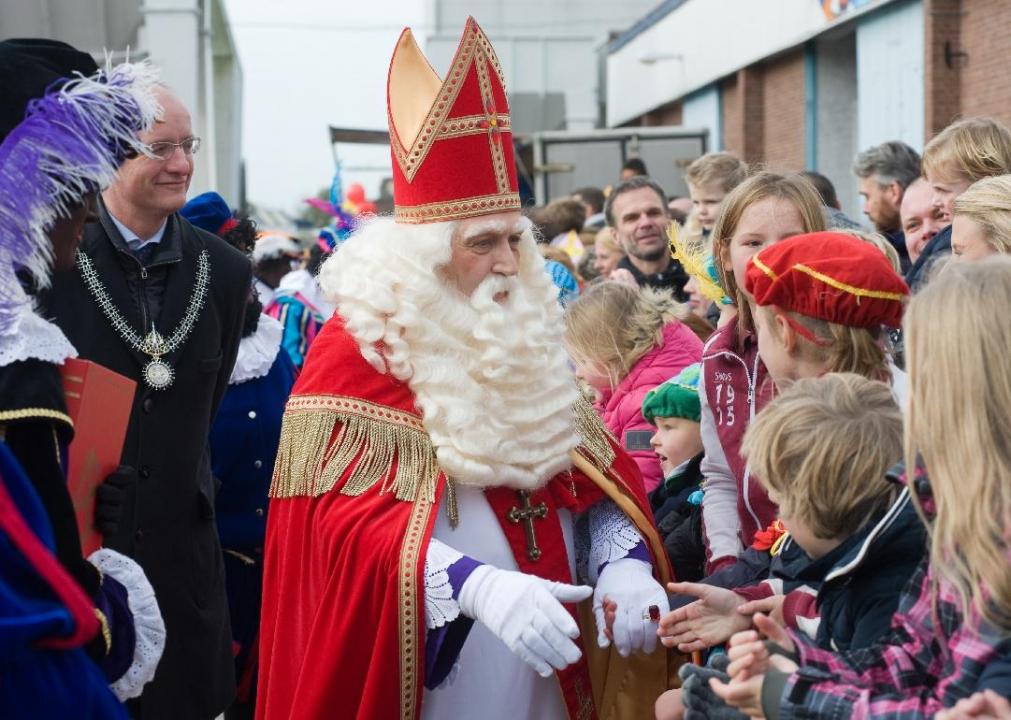 Celebrating the Christian saint who sold everything he owned to give money to the poor, St. Nicholas Day, also known as the Feast of St. Nicholas, is observed on Dec. 6 and is celebrated throughout much of northern Europe. Traditions include leaving small gifts and treats in shoes. While still considered a different entity than the modern-day Santa Claus, many of the traditions of Santa originated with the legends of St. Nicholas. 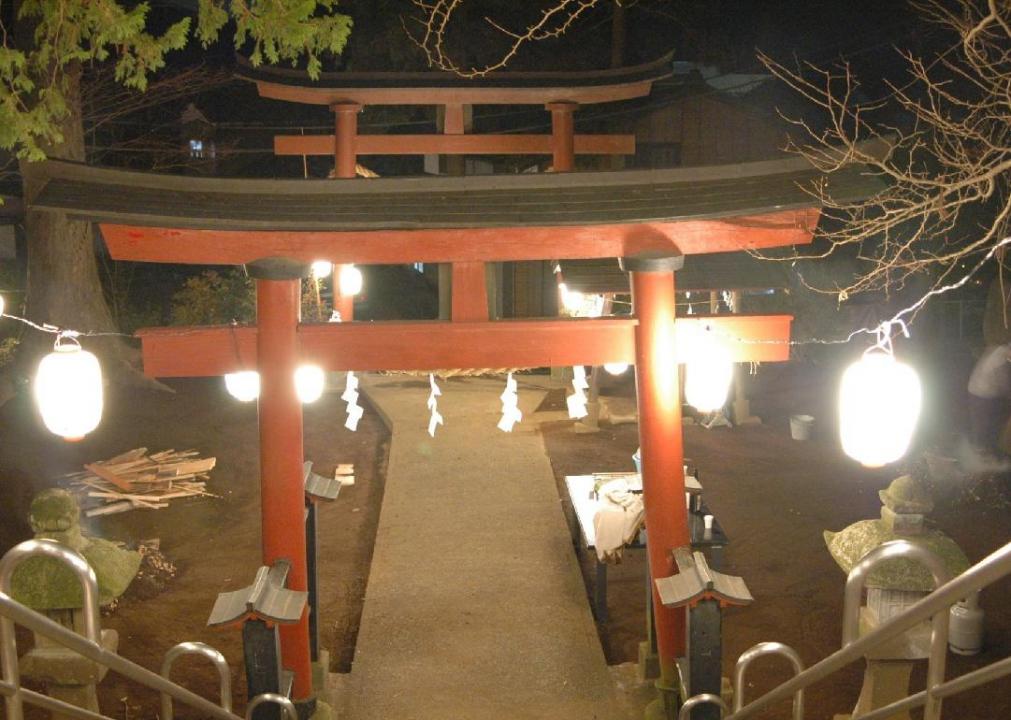 Omisoka is the Japanese New Year, and like the Western version of New Year’s, is celebrated on Dec. 31. It is considered one of the most important holidays in Japanese culture, second only to Jan. 1, known as Shogatsu or Japanese New Year’s Day. Celebrating the close of the old year and ushering in the new one, Japanese people host bonenkai parties, intended to help forget about the past year, write cards to friends and family, and send gifts. Many families make rice cakes as part of the celebration, and homes are decorated with a sacred Shinto straw rope. 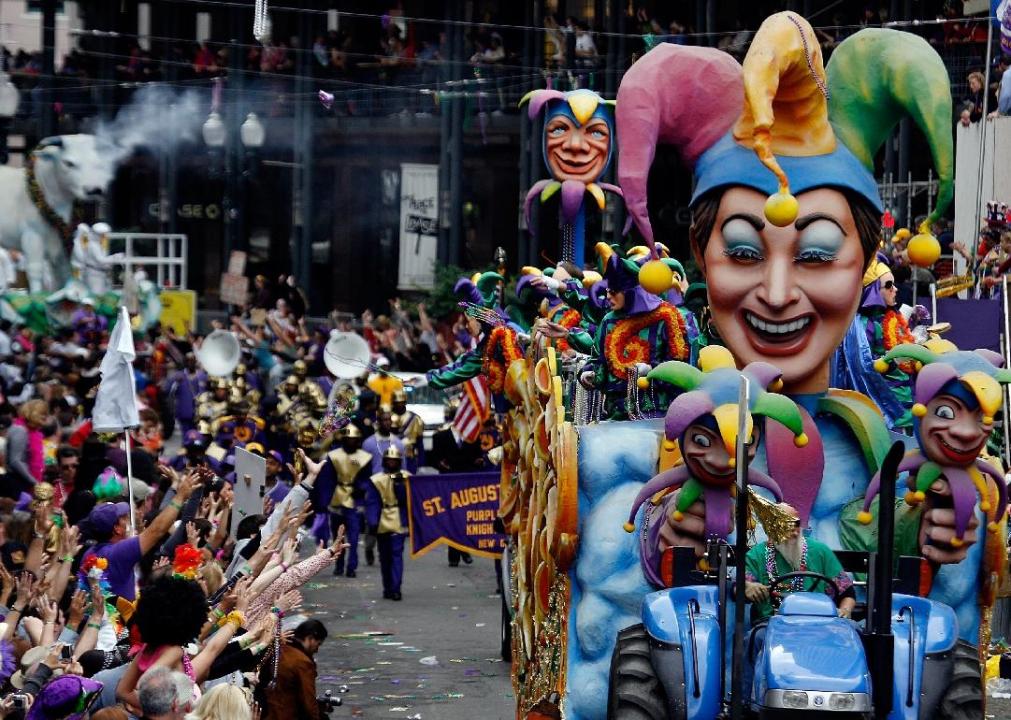 Mardi Gras, otherwise known as Carnival, kicks off every year on Jan. 6, marking the end of the 12 Days of Christmas and the start of several weeks of parties, parades, fireworks, music, and general entertainment. The merriment continues until Fat Tuesday, the day before Ash Wednesday and the start of Lent. In the U.S., the biggest celebration takes place in the city of New Orleans, where marching bands take over the streets and masquerade balls take place throughout the districts. Carnival is also observed in Rio de Janeiro and Venice, Italy, among other places. 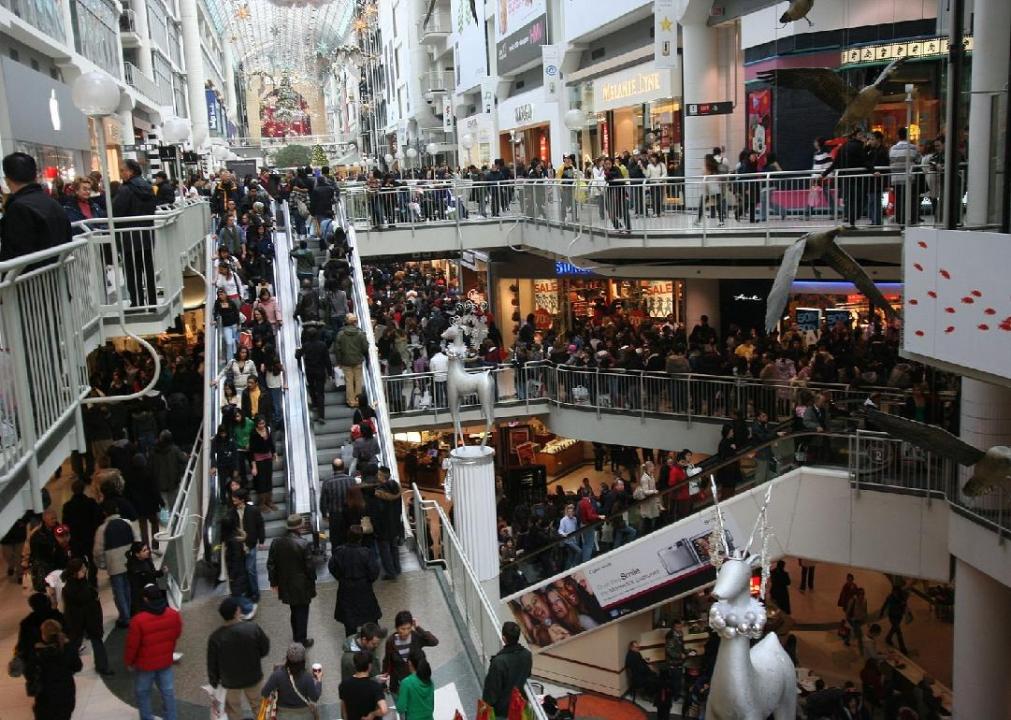 Celebrated primarily in the U.K. and other European countries, Boxing Day takes place on Dec. 26. Traditionally a day off for servants and the day when their employers would give them a “Christmas box” or monetary gift, modern Boxing Day customs include sporting events such as full programs of top-tier international football leagues, shopping, and a holiday from work. In some countries, Boxing Day is celebrated as St. Stephen’s Day, a religious holiday honoring the first Christian martyr. 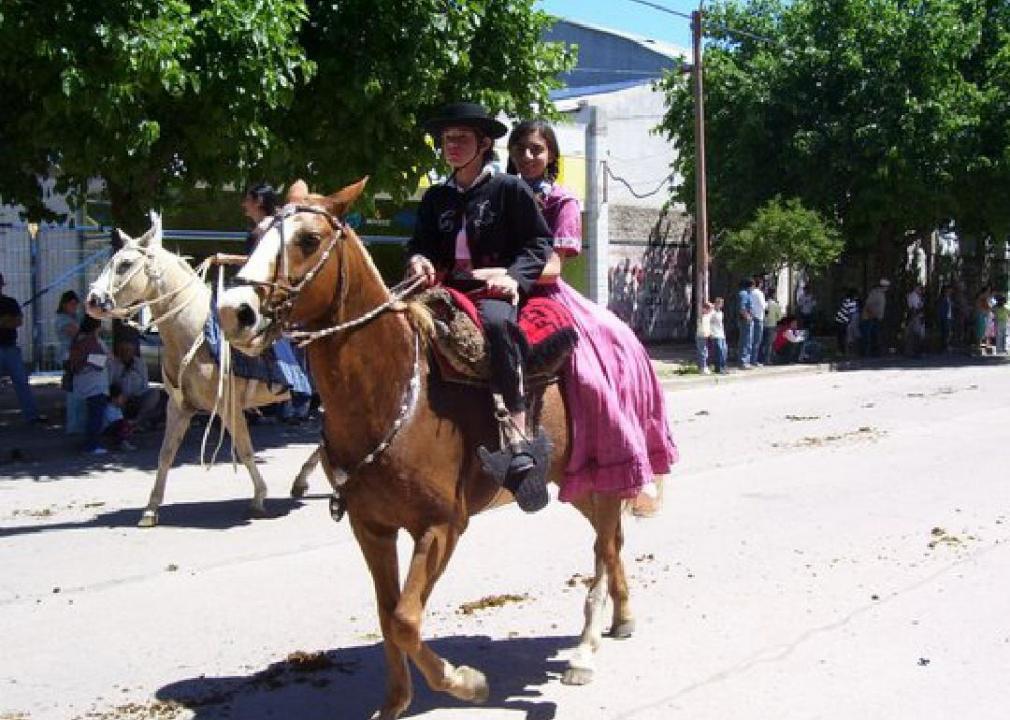 Day of Tradition, or Día de la Tradición, is an Argentinian holiday that takes place on Nov. 10. It celebrates the gaucho culture and commemorates poet José Hernández, a journalist and politician who was most well known for his opus, “Martín Fierro,” a poem that emphasizes the role of gauchos in Argentina’s history. Events include barbecues, concerts, music, horsemanship shows, and cultural events, culminating in a large gaucho parade held on the Sunday nearest to Nov. 10. 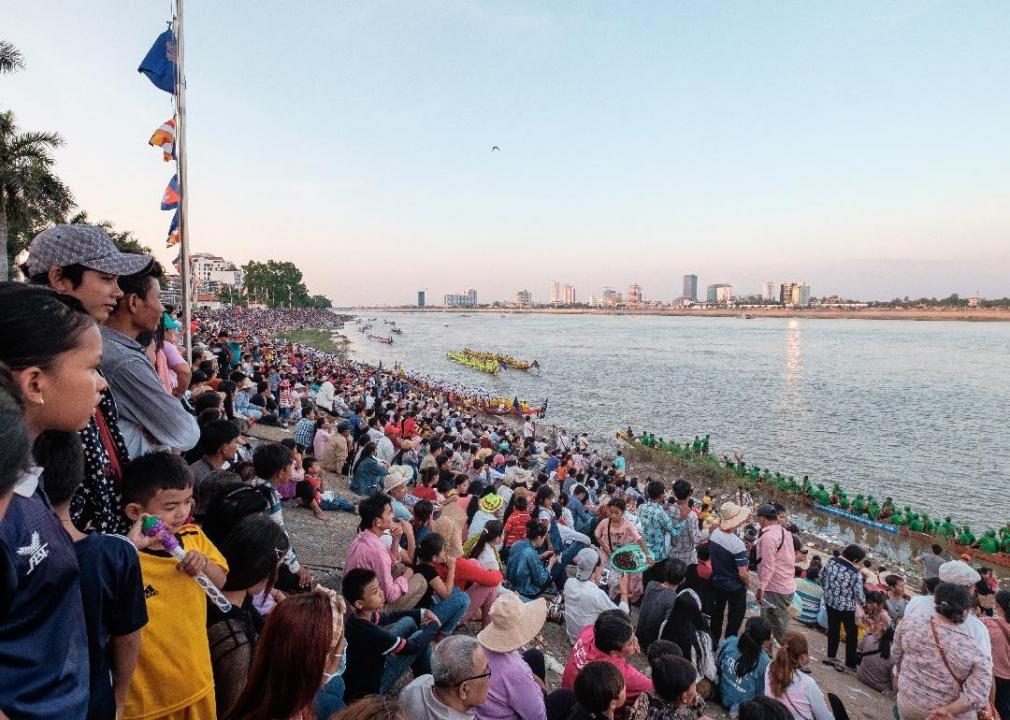 The Cambodian Water Festival, or Bon Om Touk, is celebrated in November, during the full moon of the Buddhist month of Kadeuk. It marks the yearly reverse of the flow between the Tonle Sap Lake and the Mekong River. Tonle Sap is a major natural resource for Cambodia, providing fish and rich silt deposits to fertilize crops. As the rainy season ends and the lake level goes down, parades, boat races, and fireworks honor the event for three days, all meant to ensure a bountiful year ahead. 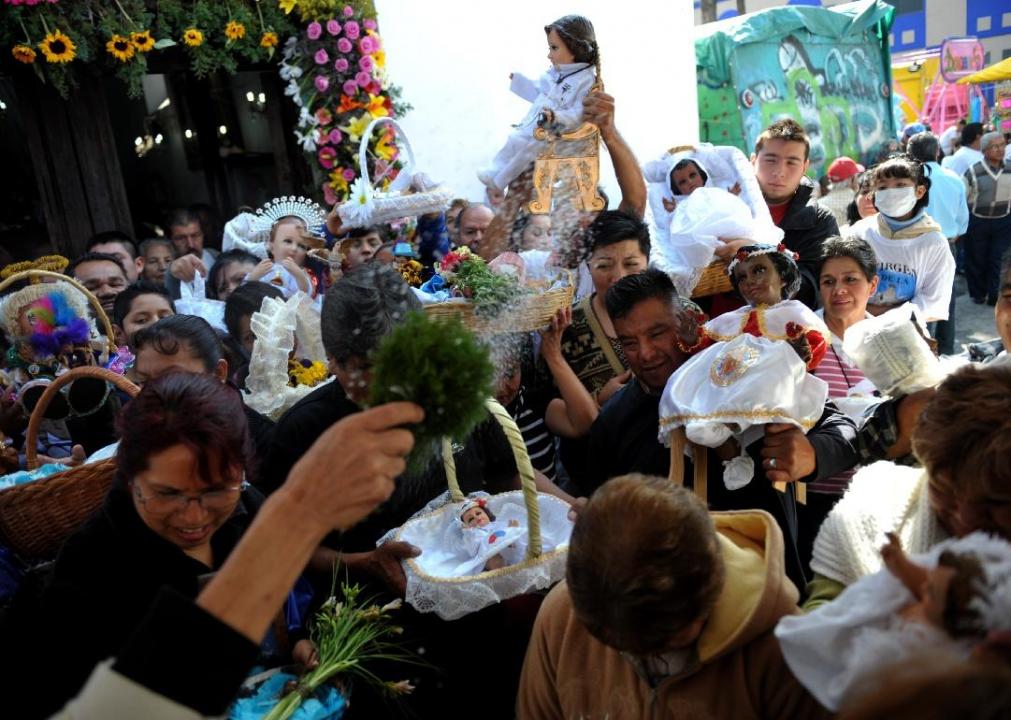 Taking place on Feb. 2, Día de Candelaria, also known as the Presentation of the Lord or Candlemas, is widely celebrated by various Christian denominations in countries such as Mexico, Spain, and France. The holiday is thought to have originated in ancient times during the spring equinox, eventually evolving into a religious event based on biblical scriptures and representing the presentation of the infant Jesus at the temple. Traditions include taking figures of the Christ child to the church for blessings, as well as bringing candles to be blessed and used later in the home. 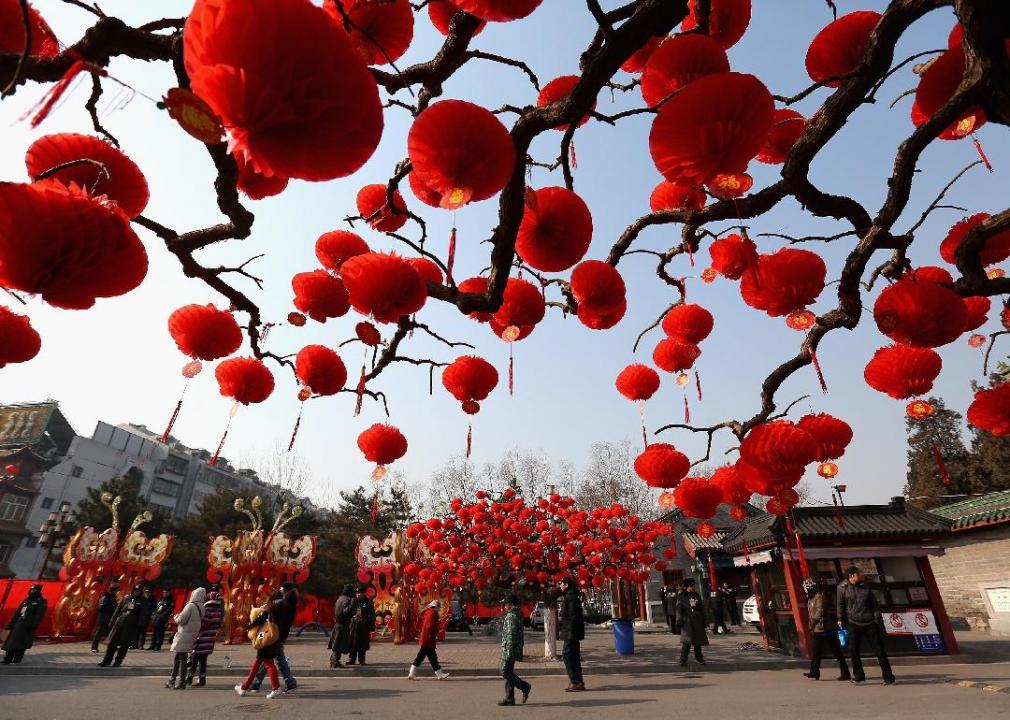 The Lantern Festival is celebrated in China on the 15th day of the first month on the Chinese calendar, which usually falls sometime in February on the Western calendar. Marking the end of the Chinese New Year, it symbolizes family togetherness, forgiveness, and peace. Activities include lighting and displaying lanterns, fireworks and drones, lion and dragon dances, and eating tang yuan, which are ball-shaped dumplings served in a soup. 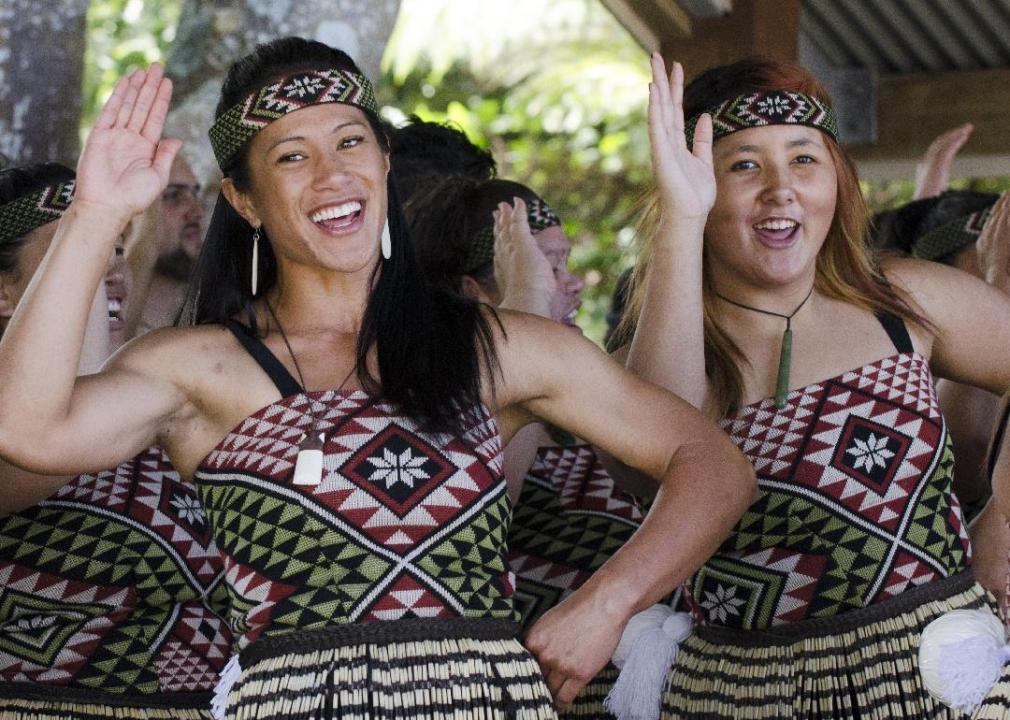 Waitangi Day is the national day of New Zealand, celebrated on Feb. 6, which commemorates the signing of the Treaty of Waitangi, New Zealand’s founding document. Annual events include Māori cultural performances, live music, and traditional foods, as well as the yearly launching of the world’s largest Māori ceremonial war canoe, which is carried out and blessed by members of the local tribe. 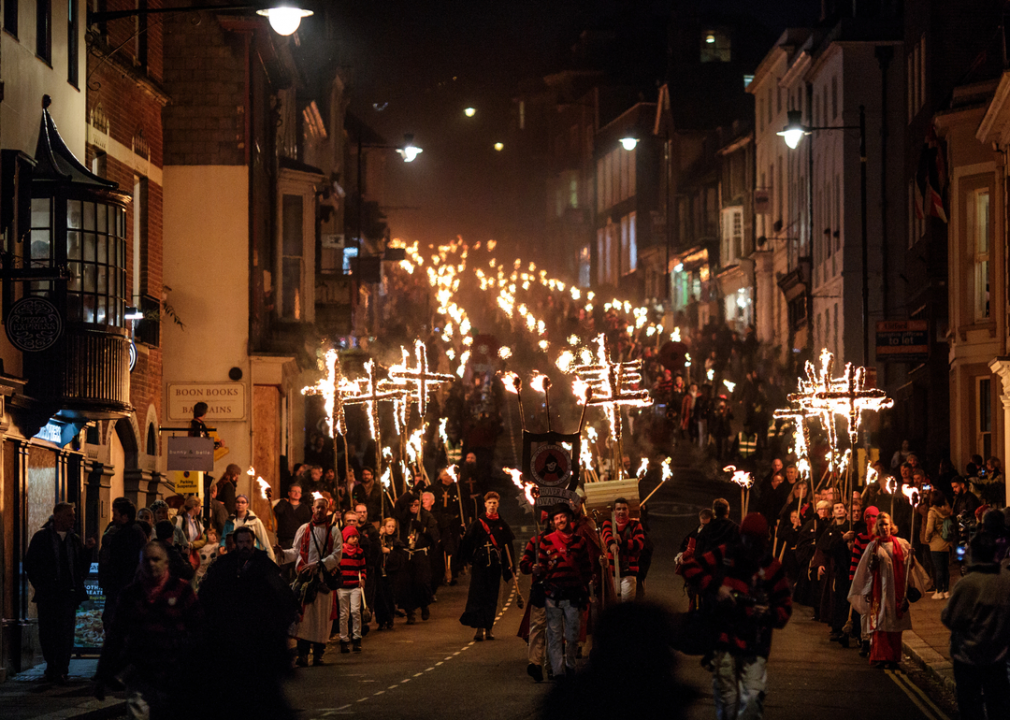 Celebrated in the U.K. on Nov. 5, Guy Fawkes day is a remembrance of Guy Fawkes, who was arrested as being part of a plot made by Catholic conspirators to kill King James I. Initially intended as a celebration of the failure of what is known as the Gunpowder Plot of 1605, it became more of a political and religious statement of the unrest between Catholics and Protestants. Modern Guy Fawkes traditions include bonfires and fireworks, and due to its proximity to Halloween, many people combine elements of the two holidays and don costumes as part of the festivities. 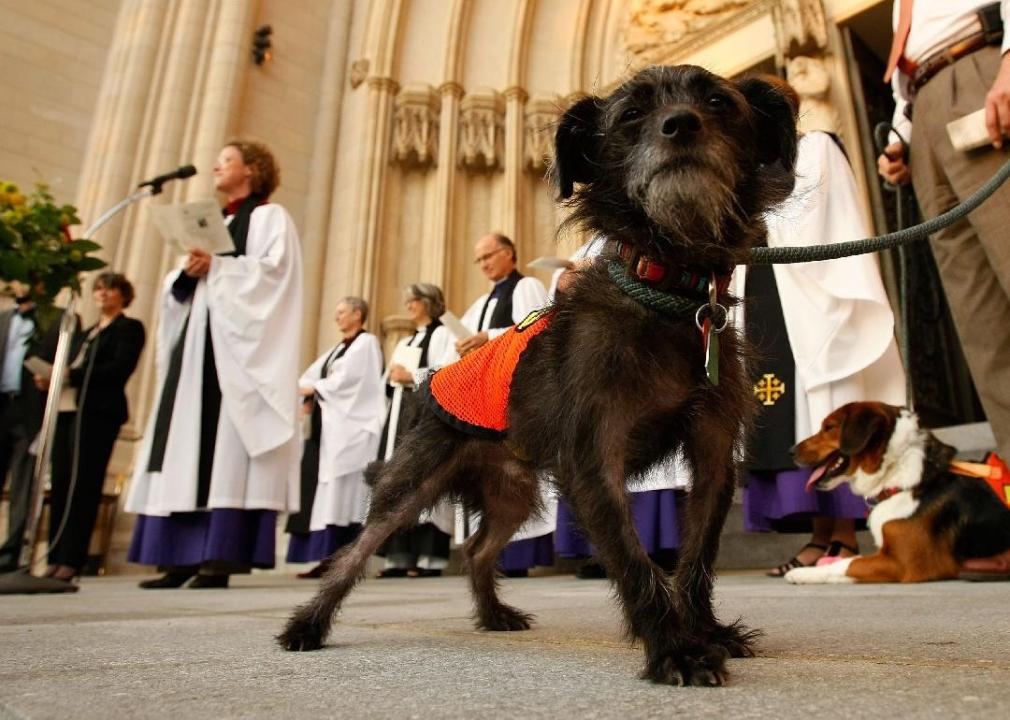 Feast of St. Francis of Assisi

You may also like: Tips for holiday toy safety