The most common complaints filed to your local government 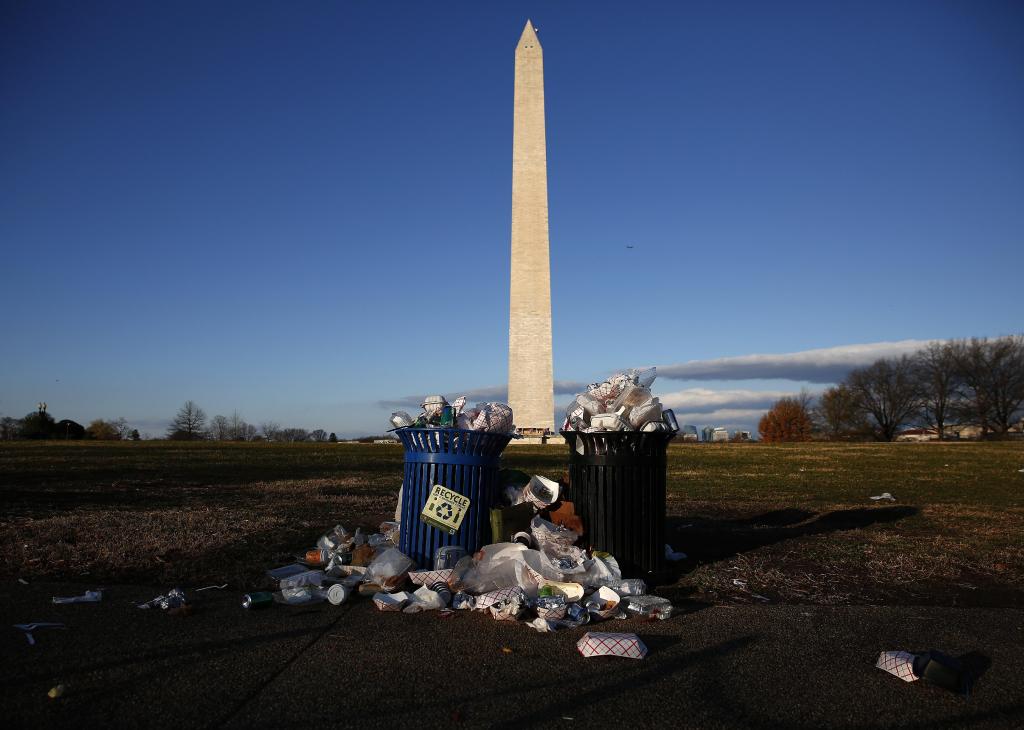 The most common complaints filed to your local government

Government accountability isn’t always flashy or grand. Most of the time, it looks like municipal employees fixing a pothole reported by a concerned citizen or a stop sign someone noticed was damaged in a storm. These are small tasks with significant residual impacts.

SeeClickFix was among the first communication software companies to build upon the existing 311 infrastructure—a longstanding nonemergency phone line utilized in many cities to establish a relationship between local governments and residents.

Moving beyond the limitations of a phone call, the SeeClickFix mobile app expanded user offerings by allowing citizens to include photos, pinpoint problems using GPS location data, communicate with government stakeholders, and track the progress of their filed complaints. In turn, government officials could more efficiently respond to vetted complaints and track issues their employees couldn’t possibly identify alone.

Not all submissions warrant intervention. Some complaints may be better defined as an airing of grievances than true municipal responsibility. Take, for instance, the resident from New Haven, Connecticut, who wanted health department officials to rule where her neighbor could park his car. After witnessing her neighbor park his car on his front lawn, she filed a health complaint stating the tire indents could fill with water, stagnate, and potentially attract disease-carrying mosquitoes.

Many complaints, however, are helpful and important for city officials to track. Stacker analyzed over 70,000 issues for 365 metro areas on SeeClickFix.com to find the most common categories of complaints submitted by concerned citizens. Data was retrieved the week of Oct. 24, 2022, and reported issues were the most recently logged during the past 10 years, up to 1,000 issues per metro as available.

You may also like: Where US military aid is being spent, ranked 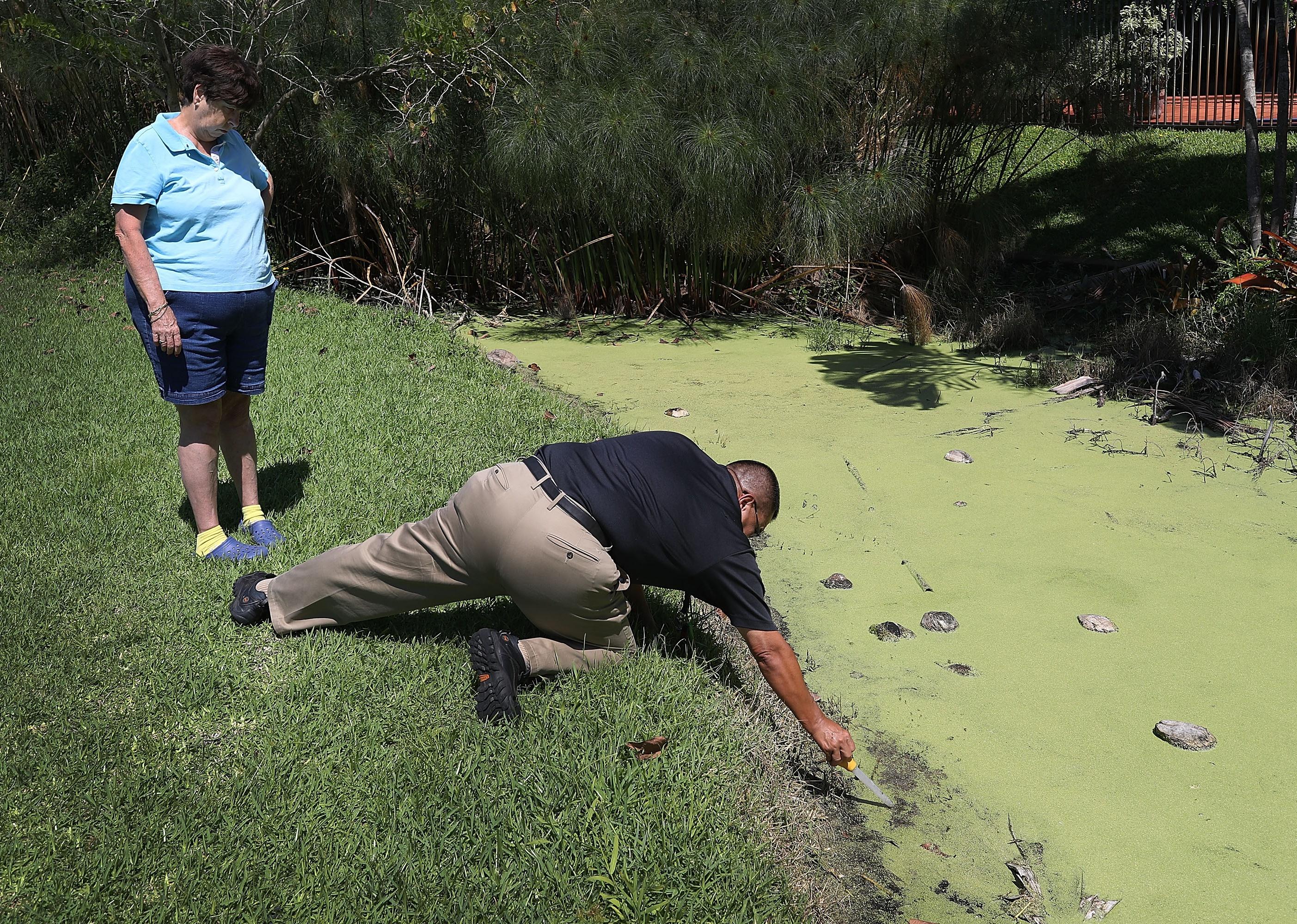 Health complaints are broad and can include animal control issues like dead animals on the road, noisy neighborhood pets, and waste accumulation. Trash that piles up outside designated areas can be considered a public health concern and closely related to the garbage category. It can also attract animals people may not want sniffing around their homes: Missoula, Montana, for example, had to pass a formal resolution against accumulated refuse due to a growing bear problem. 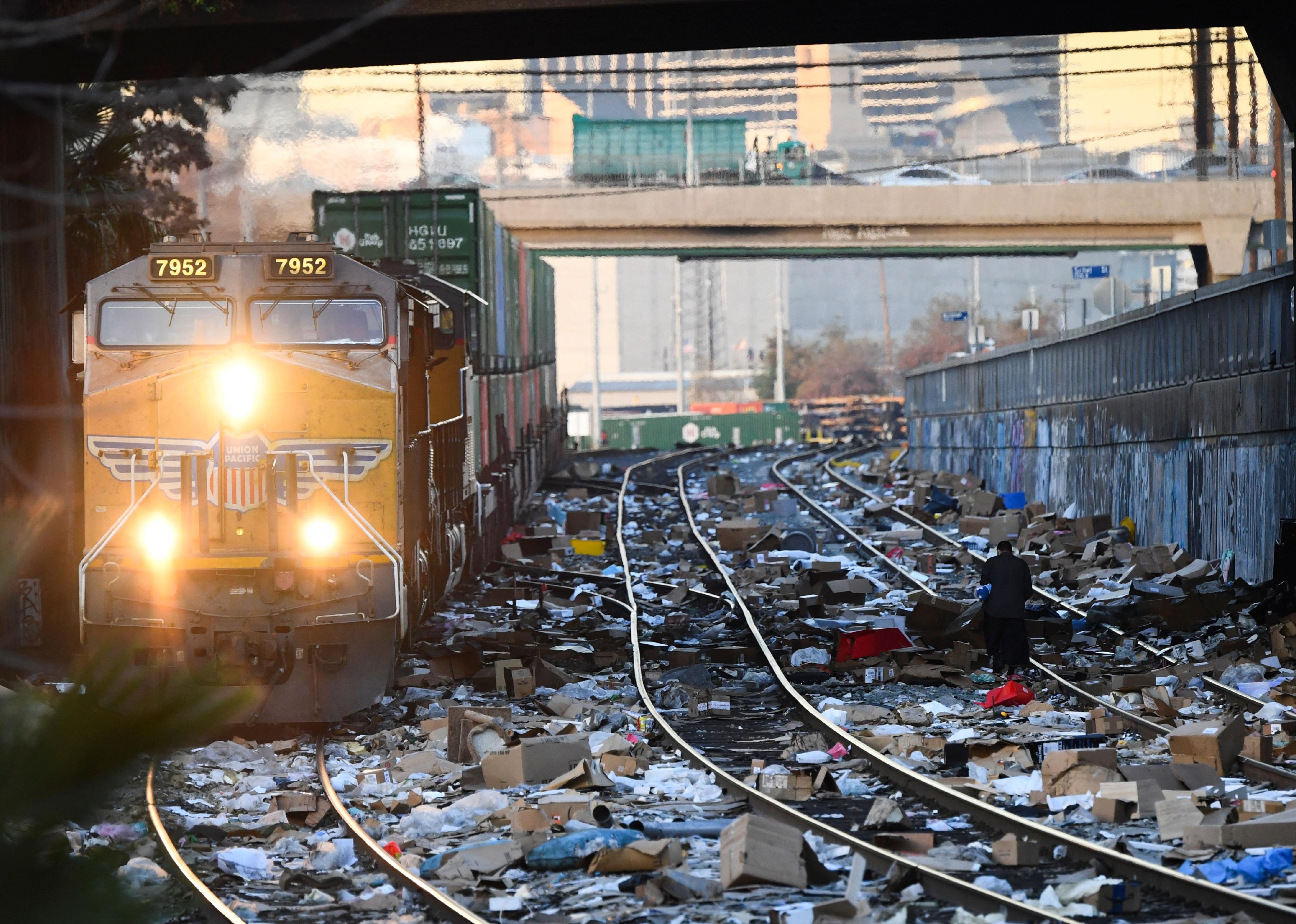 Some common garbage-related complaints include missed garbage pickup and environmental concerns like overgrown weeds or other vegetation. Trash may not be picked up if it contains unaccepted items; items only picked up on specific days, like yard waste; or if a bin was obstructed. However, waste management companies are occasionally to blame, as was the case in Lawrence, Massachusetts, during the summer of 2022. A clerical error made during the merging of two waste management companies left the city covered in accumulated garbage for weeks before a new pickup schedule was implemented. 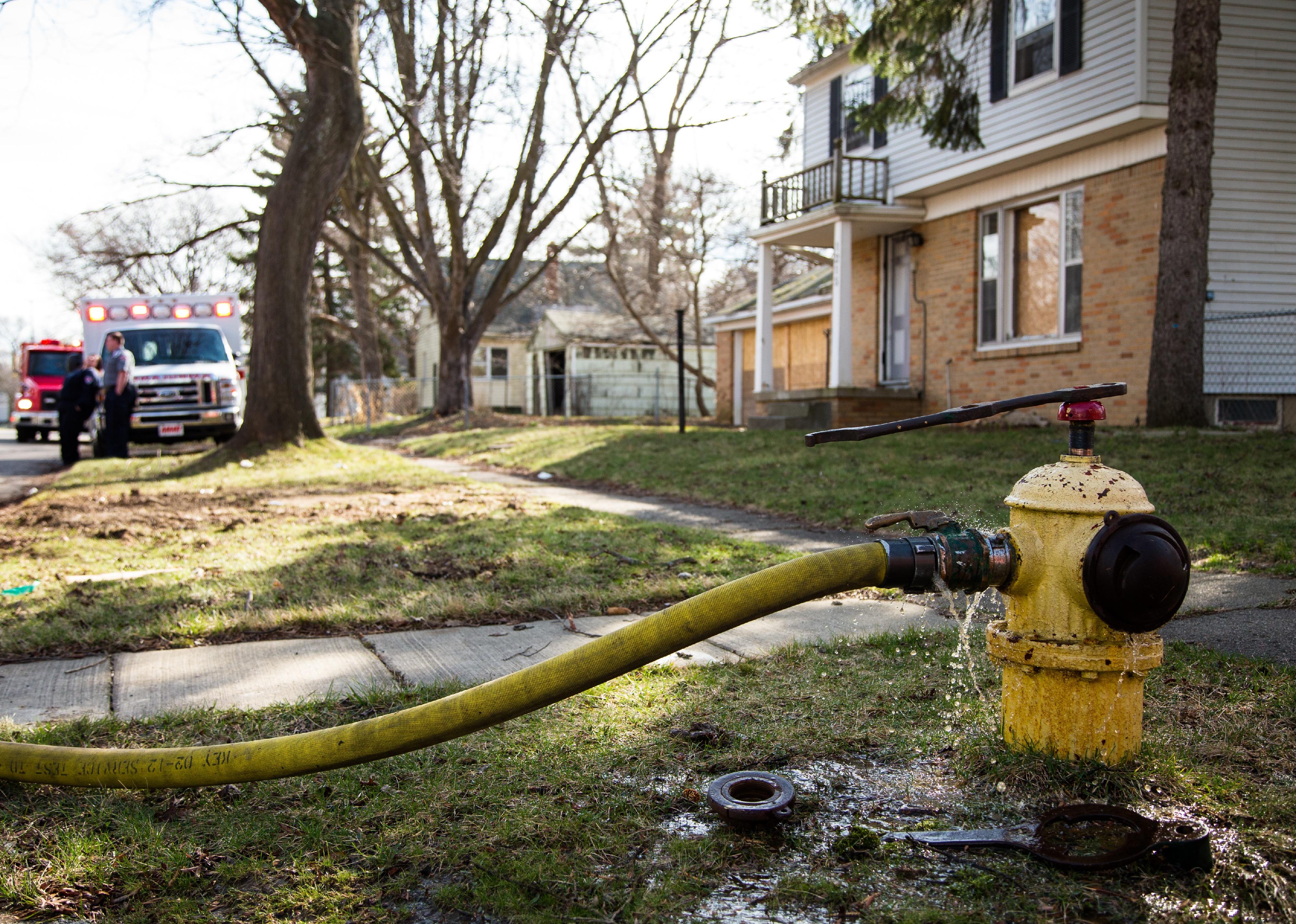 Water complaints can include issues with water pressure, temperature, and taste. They may also relate to wastewater concerns. Additionally, concerns over flooding following rain, storms, or snowmelt may fall under this category. One recent water-related issue hit Houston, which prompted a boil order following a power failure at one of the city’s treatment facilities. City officials were not as timely in communicating with residents as they would have liked, sparking a wave of complaints. 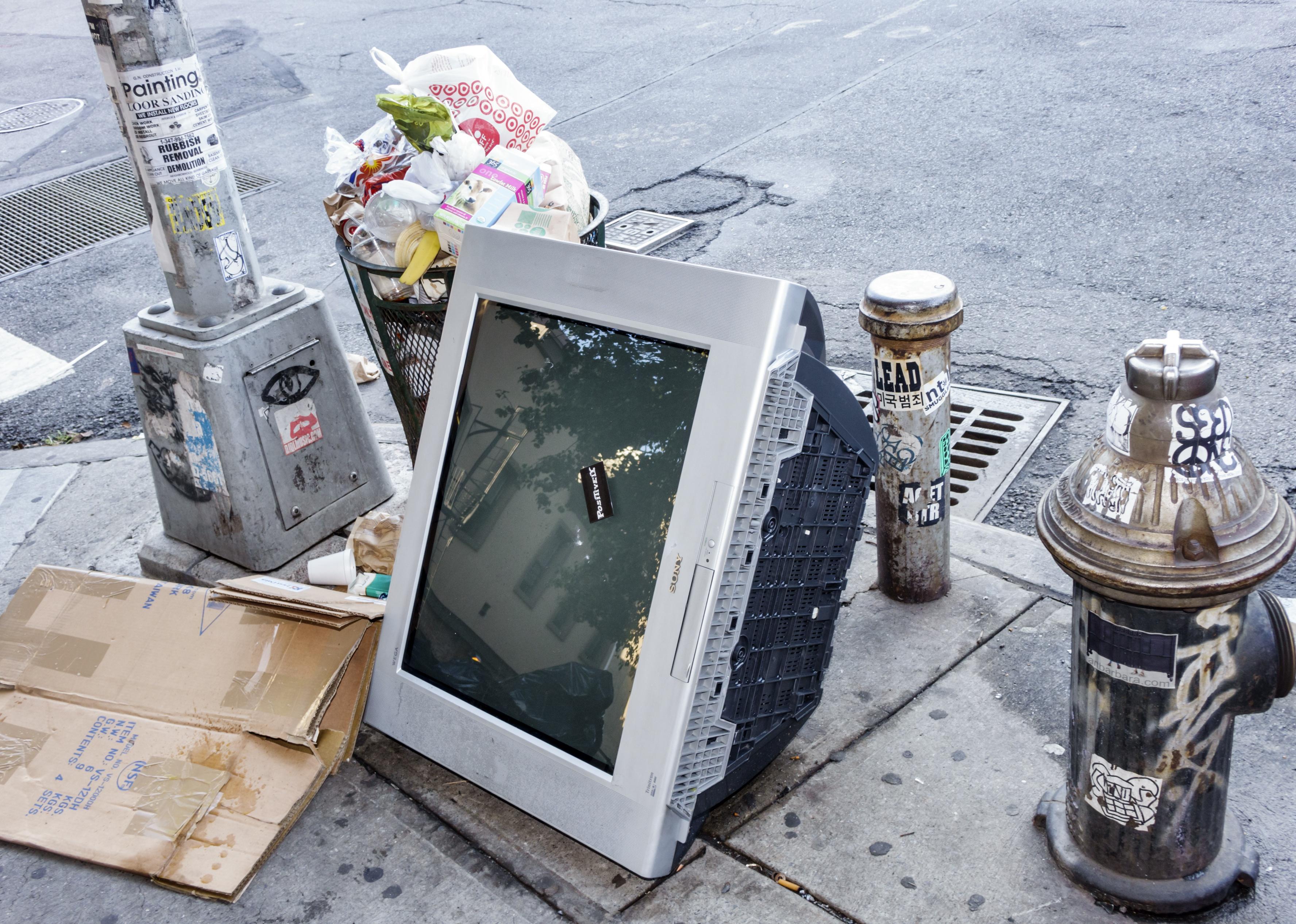 Dumping complaints refer to dumping things like debris, appliances, or trash in public or private places not designated explicitly for trash disposal. Illegal dumping most often occurs because people want to avoid paying for proper disposal methods or because adequate trash disposal is inconvenient in places where municipal trash pickup is unavailable. Some of the most common items dumped illegally are materials requiring extra steps to safely dispose of, like construction debris, electronics, and asbestos. Perpetrators often dump their trash in remote or abandoned locations like forests, fields, vacant lots, or alleys. Illegal dumping is a problem in both urban and rural communities. 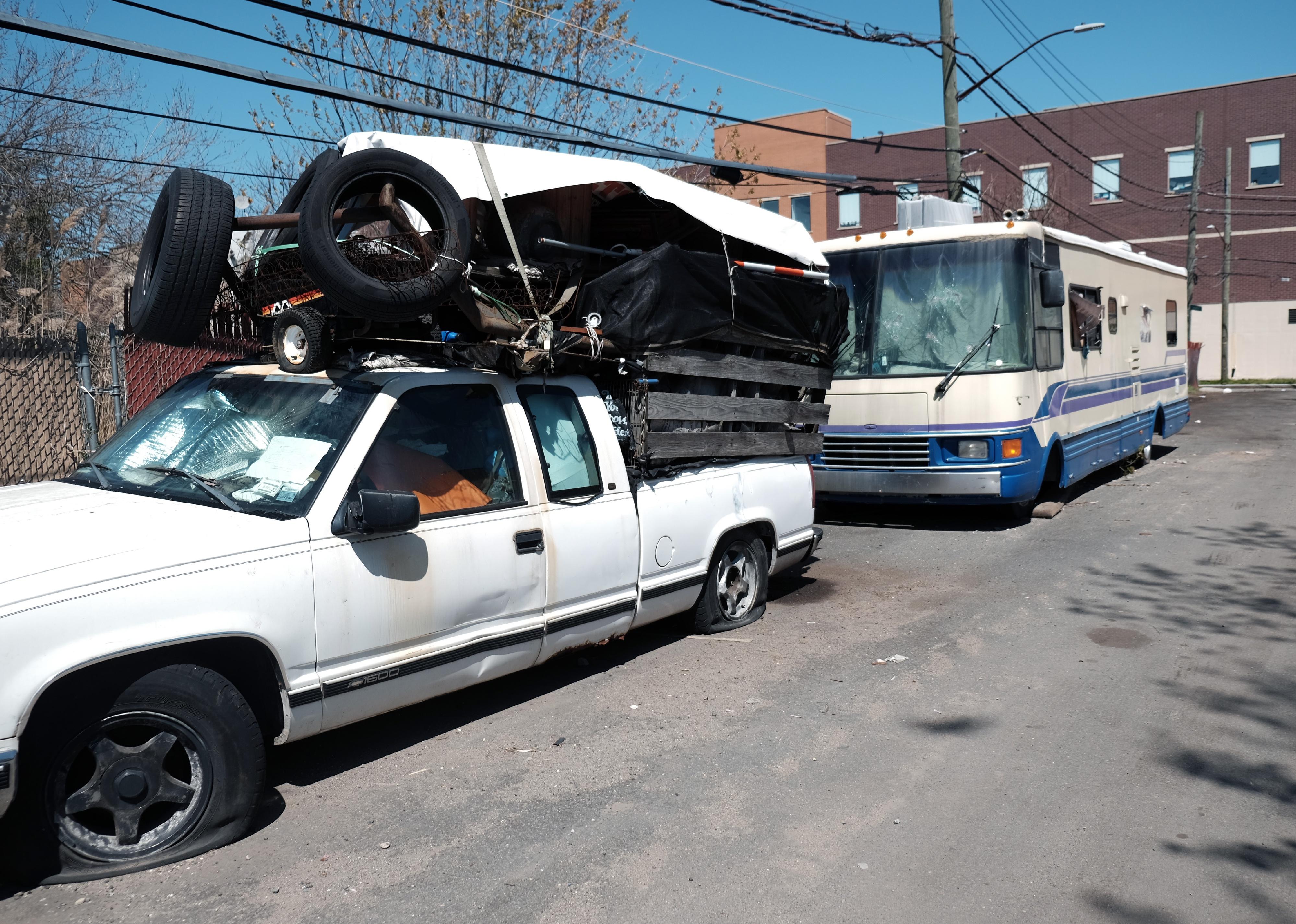 Vehicle-related complaints typically involve abandoned or inoperative vehicles parked on public streets or in public lots—not those located on private property. People may leave their vehicles because it’s cheaper and easier than getting rid of them properly, especially if the car is already broken down. Although drivers will incur a fine for abandoning their vehicles, the penalties are likely less than towing and repair costs.

You may also like: Biggest source of tax revenue in every state 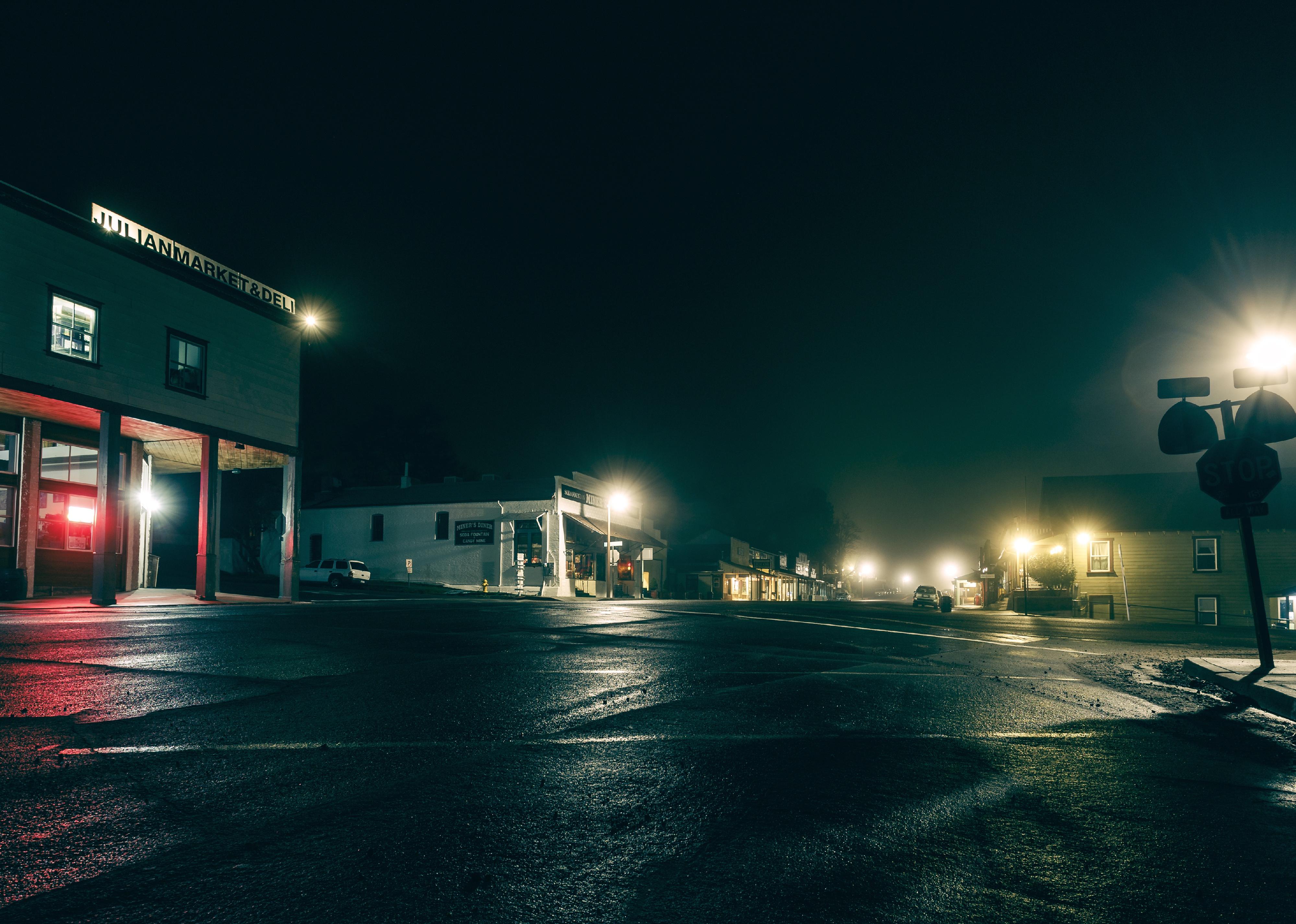 Streetlight outages can be dangerous, especially in areas with high volumes of vehicular and pedestrian traffic. Lower visibility can encourage crime and increase the risk of collisions. Many communities encourage residents to report outages since it is impossible for city officials to identify all the lights needing repair. The streetlights in most cities are owned and maintained by city officials and private businesses. 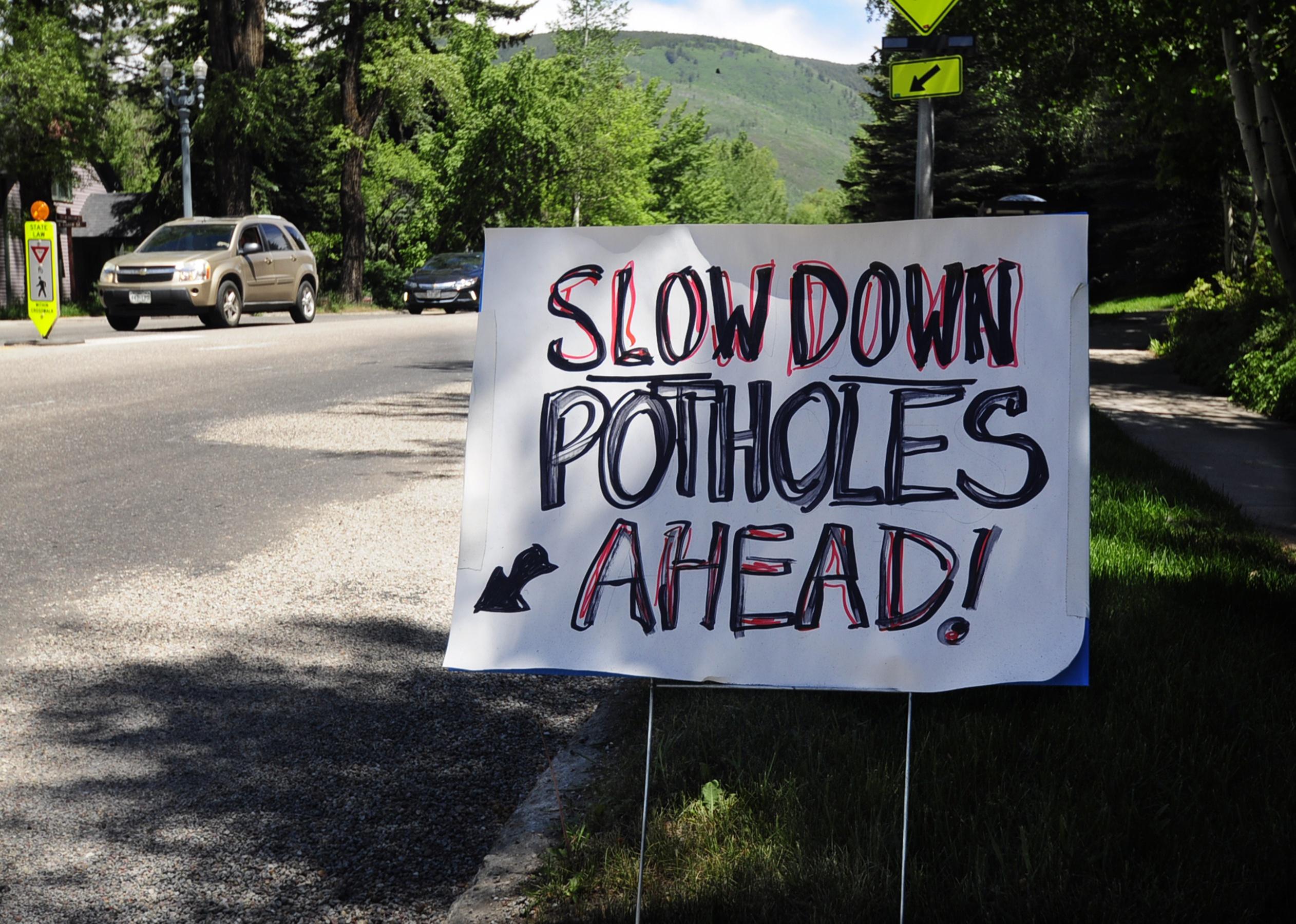 Potholes can be more than just a nuisance; they can cause hundreds, or even thousands, of dollars in vehicular damage. One in 10 drivers in the U.S. sustained enough damage to their vehicles from hitting a pothole that it warranted a repair—the average cost of which was $600—according to a 2022 report from the American Automobile Association. Nationwide, potholes cost U.S. drivers more than $26 billion. But poor Americans are more likely to foot that bill. A 2022 report from the Government Accountability Office analyzing 220,000 miles of road across the country found road conditions were likely to be worse in poverty-stricken areas and those with a significant population of underserved racial and ethnic groups. 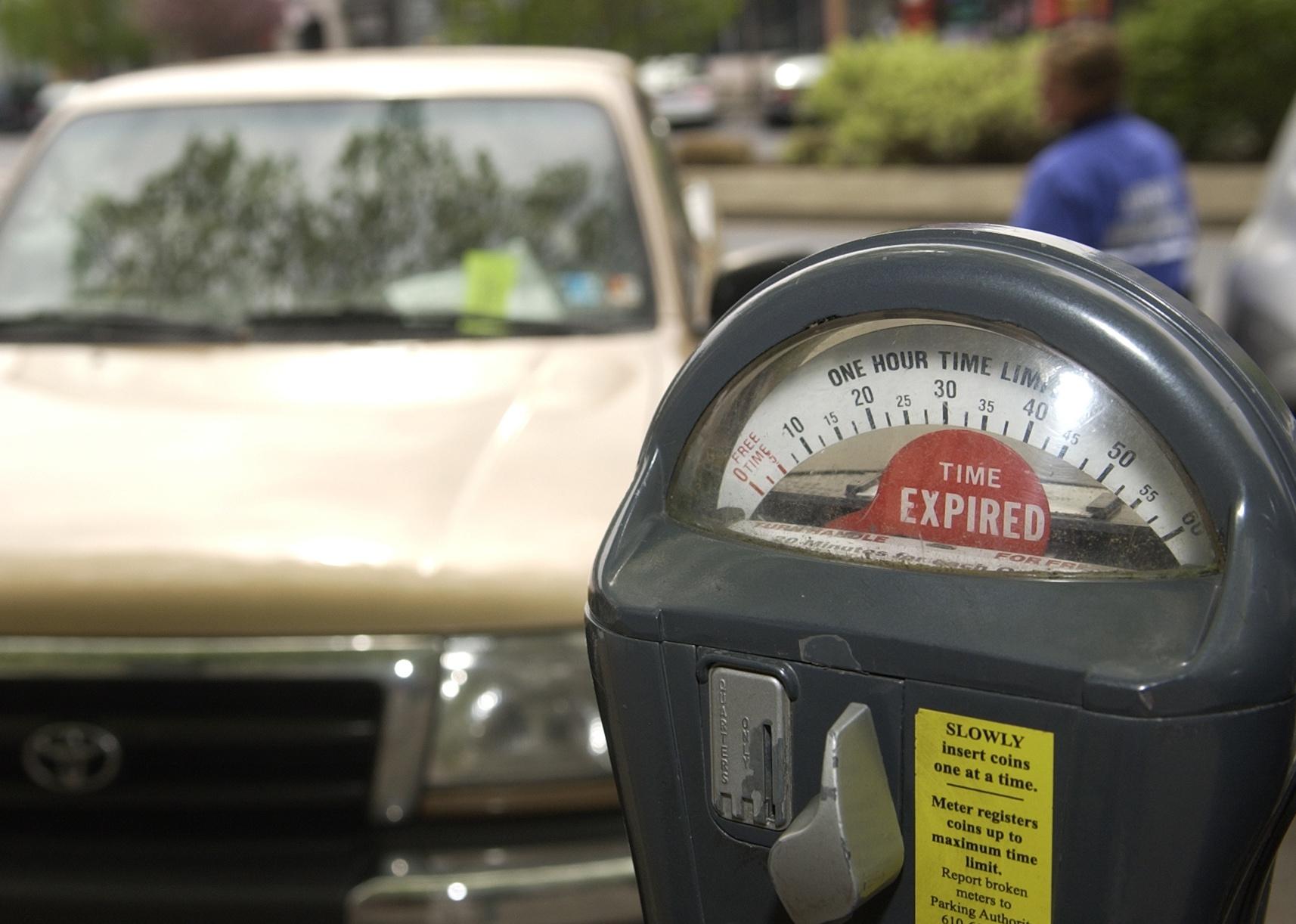 Parking complaints most commonly involve parking violations—someone parking where they shouldn’t or parking in a metered spot without paying. This is a major nuisance when parking spaces are at a premium, particularly in densely populated urban areas. Seasonal rules around parking, including snow emergencies, plowing, and street cleaning, may impact the number of complaints filed throughout the year. The growing availability of micromobility options in cities has fostered a new subcategory of parking-related complaints: “scooter litter,” rental scooters scattered haphazardly along city sidewalks. 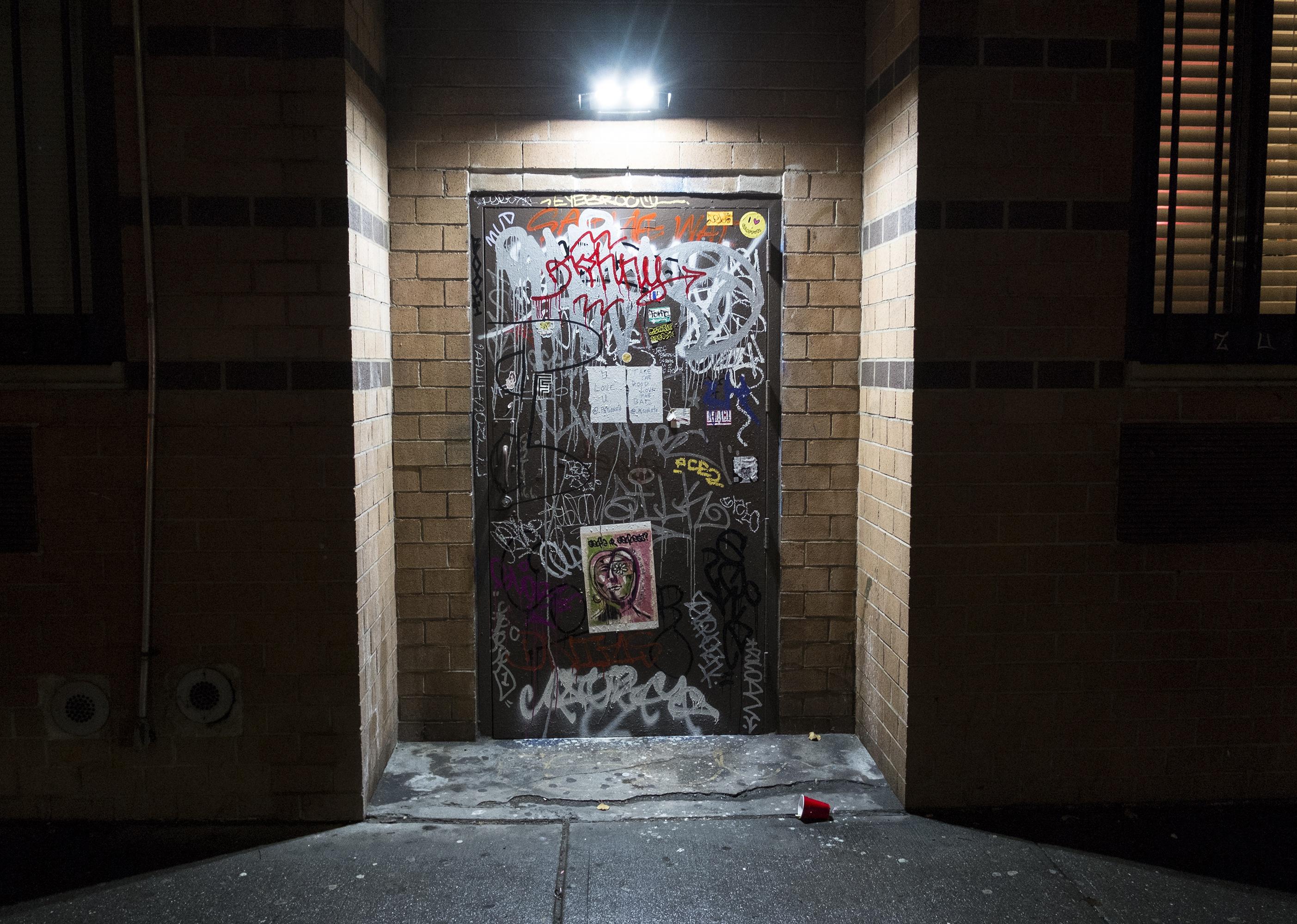 Graffiti is a blight to some and an art form to others. But no matter one’s opinion on the final product, it is almost always objectively illegal—and expensive to clean up. City officials in Phoenix reported that a single graffiti artist was responsible for more than 300 tagging incidents, totaling nearly $40,000 in damages between 2020 and 2022. When compared to Portland, Oregon, those are minor stats. Portland posted a record year for graffiti damages in 2022, with more than 10,000 reports filed. Vandalism in the city increased amid social unrest in 2020. Graffiti artists are often young males, and only a fraction of tagging incidents are perpetrated by gangs. Graffiti was the issue that led to the creation of SeeClickFix. 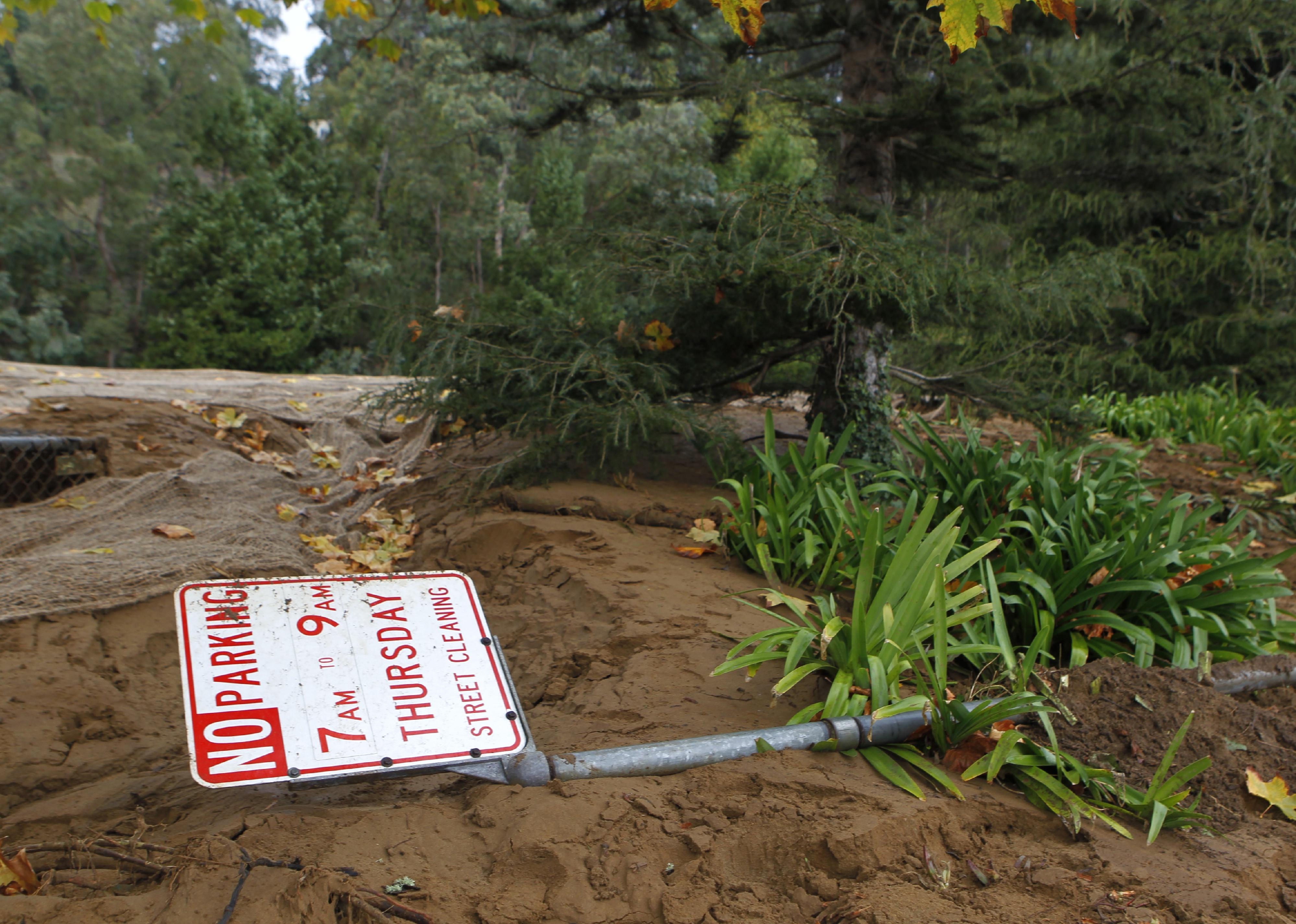 Purloined traffic signs remain a popular dormitory decoration, but road signage theft can carry very stiff penalties. Missing or faulty road signs can also have severe consequences by disrupting safe traffic patterns. Many state transportation departments, such as Wyoming’s, have reported an increase in sign thefts over the years. The Federal Highway Administration states that regulatory signs—including “Stop,” “Yield,” “Do Not Enter,” “One Way,” and “Wrong Way”—should be replaced within hours of a governing agency receiving notice that it is missing or damaged. Warning signs have a slightly longer window for maintenance at three days.

You may also like: Interstate highways with the most fatalities