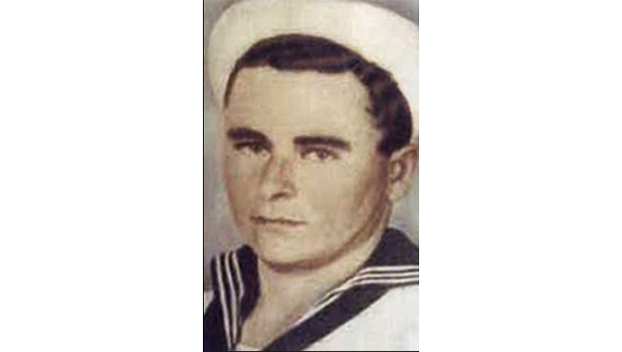 On the 81st anniversary of the attack on Pearl Harbor, family and friends from Mississippi and Louisiana gathered to pay their respects to a Navy veteran from Louisiana who was killed in the assault.

A memorial service was held Wednesday for Seaman First Class Houston Temples at the American Legion Hall in Bogalusa, his hometown, decades after the strike on Pearl Harbor that claimed Temples’ life and thousands more.

Bagpipes played and American flags waved as the community and service members were finally able to give the sailor a proper burial, WVUE-TV reported.

Temples’ remains, identified earlier this year, were flown to New Orleans and transported to Bogalusa.

“One of the neat things they were able to do was put the remains in a casket,” Rear Admiral Terry Eddinger told the television station. “They put the uniform in there with him and they send them back home because we want to provide some closure for the families and to be honest, it’s just nice to get the sailor back home.”

Temples’ family is from Louisiana, but many of his relatives now live in Lumberton, Hurley, and Picayune. He was 22 years old when he joined the Navy and was later assigned to the U.S.S. Oklahoma, a battleship manned by 2,166 sailors and marines. Temples’ ship was among the first attacked in Pearl Harbor. It was hit by nine torpedoes, and 429 of the men aboard died as the ship sank.

Temples is survived by many nieces and nephews. Though they never had a chance to meet their uncle, they have learned about him posthumously.

“He is someone to my siblings and I, and a lot of our cousins, that is very special to us even though we never knew him,” Karla Temples Kendrick, a niece from Picayune, Mississippi, told The Sun Herald. “We feel like we do. We’ve tried to learn about him, his personality, different things from an older generation that did know him back in his young days.”

Kendrick said she has learned Temples was an outgoing and friendly person who loved life and enjoyed his time serving in the military.

Though she is grateful that her uncle’s remains are finally home, Kendrick said the event is bittersweet.

“All of his siblings have waited for this moment, for this day. This is always something that they wanted to hear, that he was coming home. I’ve heard my dad many, many times make his phone calls. I’ve heard him trying to get updates. I just wish I could share this with him,” she said.

Her father, Shelton Temples, was just 8 years old when his brother was declared missing, and then deceased. But Kendrick said he distinctly remembered her uncle.

“We’re just touched in our hearts that for such a time as this, we will get to have him back home,” said Shirley Temples Hayman, a niece who lives in Texas. “… His body will be once again put to rest, and he’ll be home.”