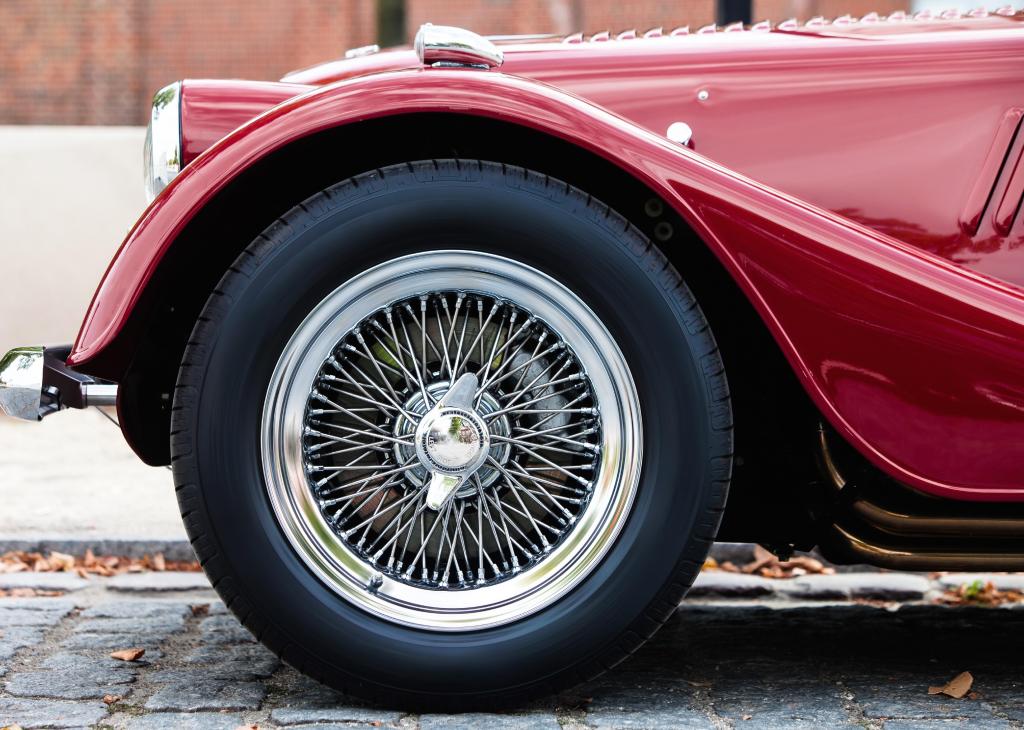 In 2022, the average age of a vehicle on the road in the U.S. surpassed 12 years—a record high. The rising age of American cars is a longtime trend—the average age of automobiles in operation in the U.S. has grown by about 45% since 1995—that gained momentum in the last five years due to a constellation of changes within the automotive industry ranging from a decline in inventory to rising prices for new and used vehicles.

The General collected data from official government and various private sources to understand how the age of vehicles operating on U.S. roadways has changed. Sources include the Bureau of Transportation Statistics, IHS Markit, Bureau of Economic Analysis, Organization for Economic Co-operation and Development, and the Bureau of Labor Statistics.

Industry analysts and the dealerships servicing many of our cars and SUVs credit technical advancements for our longer relationships with vehicles. Suspensions are more rugged today, while engines are more fuel-efficient and can last longer than ever: Reaching 200,000 miles on your odometer without major issues is no longer unheard of. But new vehicles have also increased in price as manufacturers have produced fewer models yearly since 2017.

In 2018, the automotive industry saw a shift from a U.S. market saturated with new vehicles. Automotive sales had been slumping due to the Great Recession, but Americans emerging from it took advantage of the low-interest rates set by the Fed to take out loans. New car sales, in turn, soared.

An aging vehicle’s owner might incur more maintenance costs as the vehicle racks up miles on the odometer. But eventually, the car loan is paid off and upkeep, insurance, and fuel become the main costs of owning the vehicle. Since a car typically loses value as it ages, an older vehicle also tends to be cheaper to insure than a new car. These factors can make holding onto a paid-off, aging vehicle—rather than trading up for a new ride—a solid proposition these days for everyday transportation.

Plummeting vehicle affordability since the onset of the pandemic threatens to add yet another factor to extending vehicle ownership. The biggest spikes in recent history for the cost of new and used vehicles jumpstarted in 2021, as computer chip shortages and supply chain troubles plagued manufacturers already hit hard by COVID-19 disruptions. Soaring demand and lower supply pushed prices to unaffordable levels for many prospective buyers.

Popular mainstream vehicles such as the Toyota RAV4 and Honda CR-V, which were affordable as recently as 2019, are now out of reach for the average consumer, according to a recent analysis by the used vehicle search engine iSeeCars.

The average monthly car payment for a new vehicle hit an all-time high of $648 earlier this year, according to Edmunds. While a five-year vehicle loan used to be common, consumers are more commonly signing six- and seven-year notes for new vehicles. Read on to learn more about how the length of car ownership has changed in the U.S. over the last few decades. 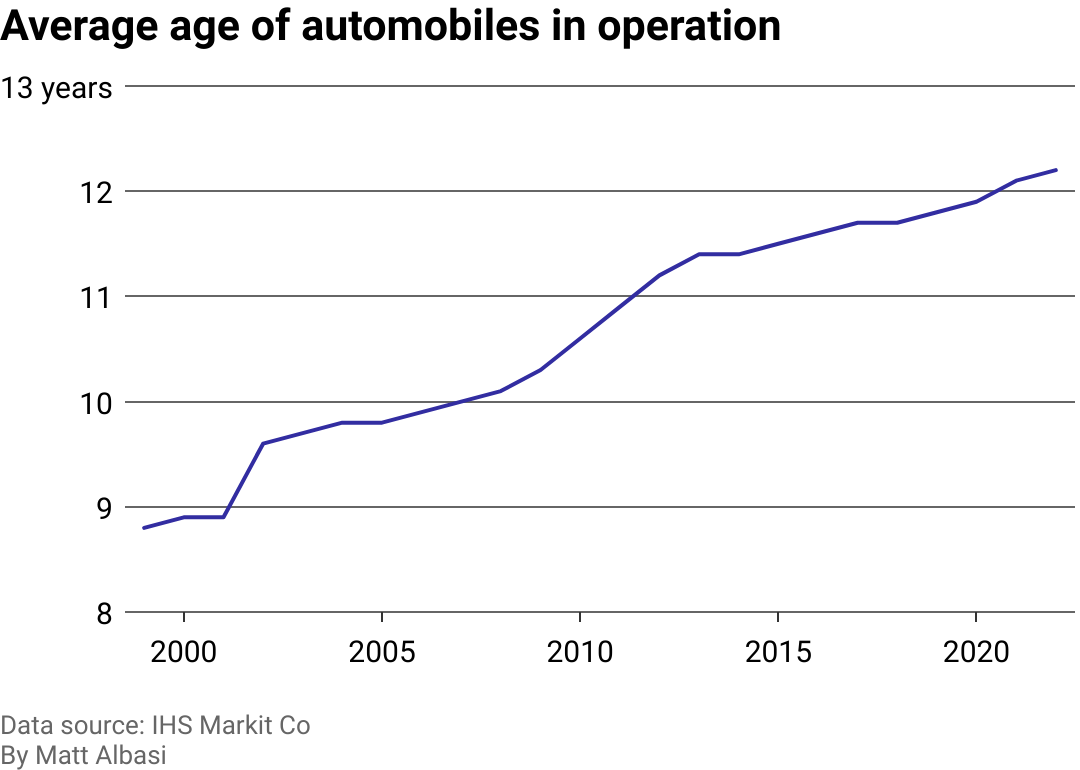 The average age of vehicles on U.S. roads increased at the fastest clip recorded during the start of the 21st century. It’s maintained a steady upward trend through the 2010s. The sudden increase in average ownership spans for vehicles is largely attributed to the 2008 financial crisis and ensuing Great Recession when many American consumers held on to what they had and delayed major purchases. 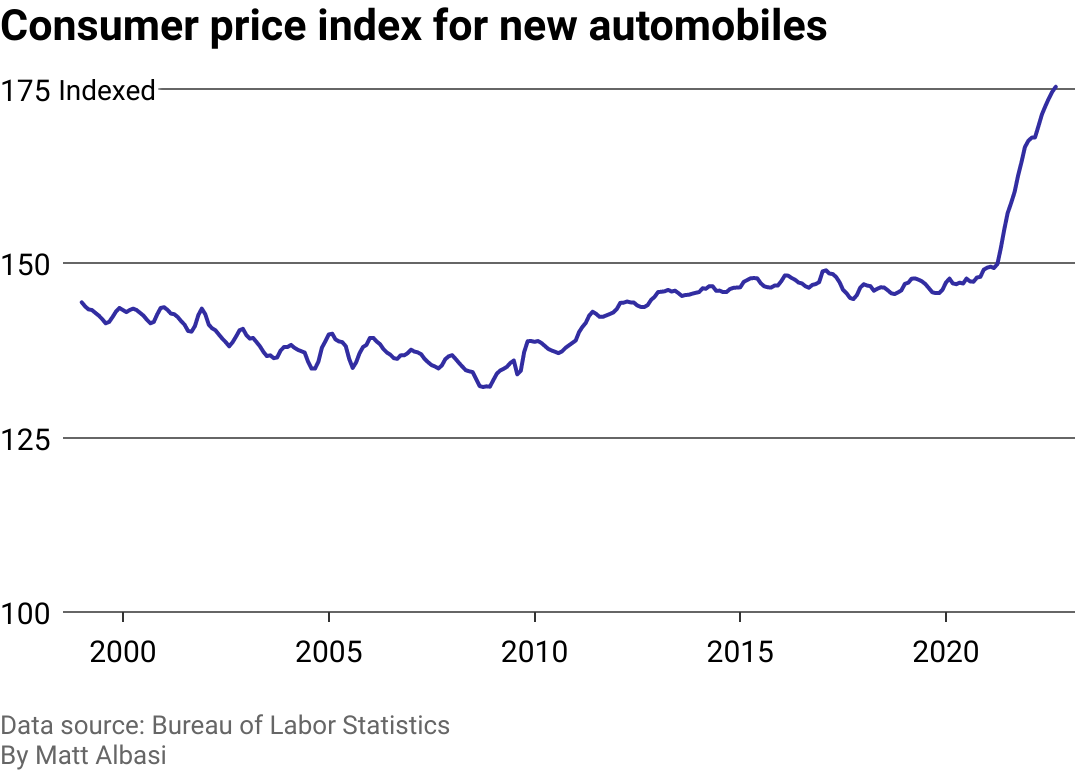 As the average age of vehicles on American roadways gained steadily over the last five years, automobile prices skyrocketed over the last 24 months.

When the COVID-19 pandemic began, many U.S. auto dealership showrooms came to a standstill as nervous customers stayed away and social distancing guidelines forced many to temporarily close— even as their maintenance shops remained open as essential businesses. Dealership sales teams who didn’t have robust online purchasing and delivery systems in place quickly hit the gas on streamlining online shopping and socially distant delivery processes similar to that of their emerging competitors like Carvana. 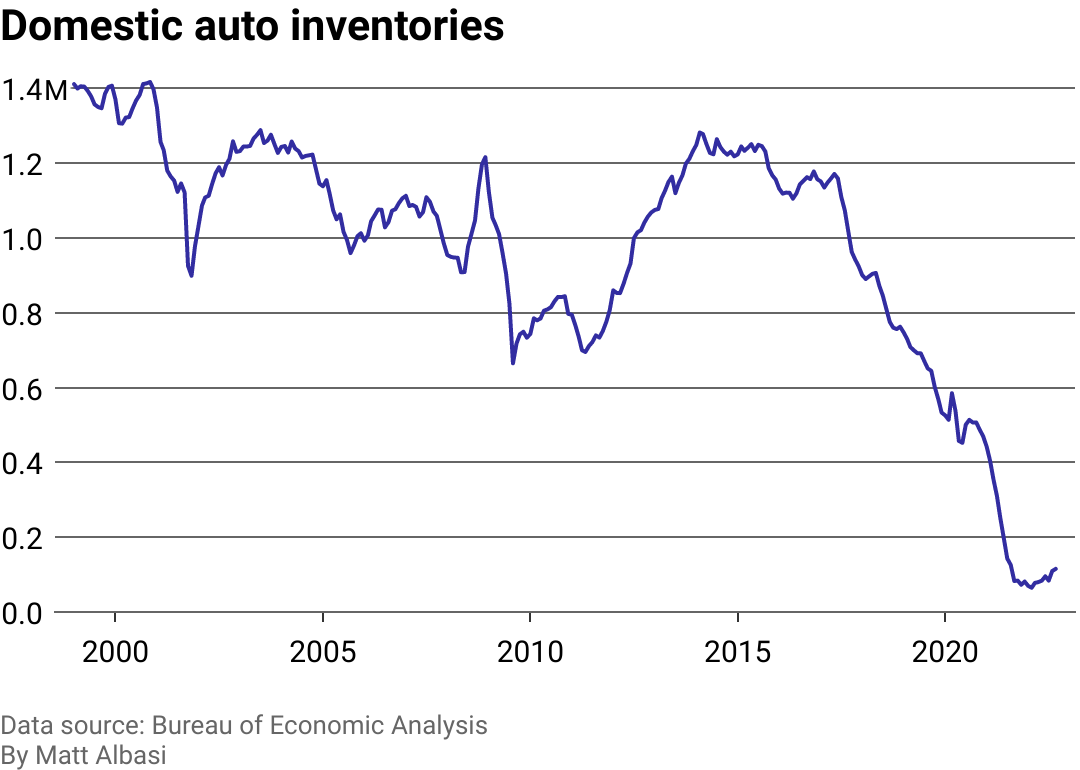 Line chart showing cars available for sale was decreasing rapidly even before the pandemic.

Consumers have noticed an ever-dwindling selection of new vehicles to choose from on dealership lots as investory stock has plummeted since 2000. Manufacturers saw an inventory dip after the onset of the Great Recession, but had steadily replenished inventories in the mid-2010s to pre-recession levels.

Domestic auto inventories are at their lowest since data collection began in 1993. Demand for new vehicles fell after 2018 but shot back up in 2021 just as automakers were struggling to deliver new units to dealerships. New vehicles on the road are a boon for the automotive service industry, which gains a larger market of potential customers with each new Toyota Corolla and Ford Bronco. Inventory crunches on dealership lots that began in 2021 have given way to rising prices, fewer new vehicle sales, and fewer passenger cars being registered in each state.

This story originally appeared on The General and was produced and
distributed in partnership with Stacker Studio.