Rudolph race goes to the goats in this Mississippi town 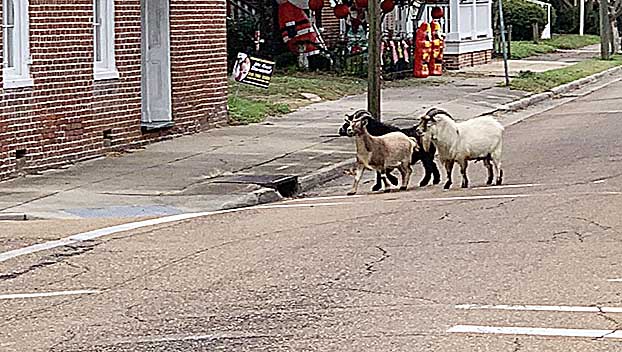 A Christmas themed 10K race quickly turned funny for residents in a historic Mississippi city as some unexpected participants seemed to join the race.

“I heard this woman say as she ran by, ‘I think we lost the goats,'” Doyle wrote on social media. “Then …” And she posted a video showing three small goats running down the sidewalk, seemingly following the race course.

Other people posted photos of the trio of goats running in tandem down city streets, making turns like professional road racers.

Social media lit up with photos of the loose goats with some posters claiming things such as:

“That’s not goats. That’s my sisters.”

“They were only following the runners to make sure they didn’t eat the acorns.”

“One of them bit me. I was in the lead and had to drop out.”