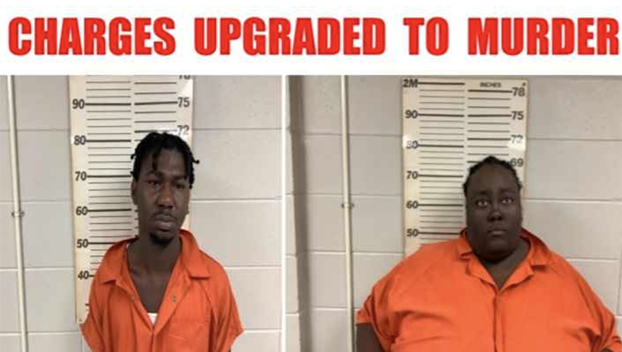 The charges for two people involved in a November shooting have been upgraded to murder after the shooting victim died of his injuries last week.

On Nov 22, deputies from the Pike County Sheriff’s Office responded to the 7000 block of Hwy 48 East, Magnolia, about a gunshot victim who was later identified as Ricardo Weathersby.

Kentrail Magee and Adrian Goodwin were taken into custody and charged with Attempted Murder and Conspiracy.

On Dec. 8, the Pike County Sheriff’s Office was advised that Mr. Weathersby had succumbed to his injuries.

Charges were upgraded to Murder, and the investigation is still ongoing.

“Our condolences go out to the Weathersby family and our prayers are with them,” the sheriff’s office posted on social media.