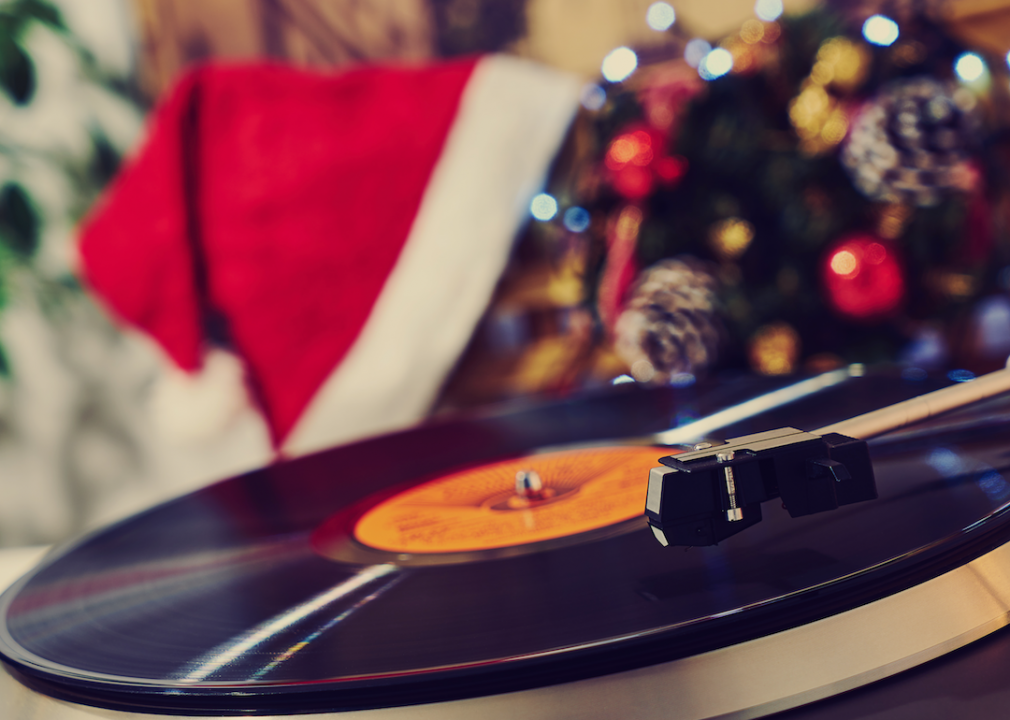 Remember The Singing Dogs? It was a band made up of dogs, and all the songs were spliced-together dog barks. The group’s Christmas song, “Jingle Bells,” hit the top of Billboard’s Christmas Singles chart in 1972. But don’t be fooled—The Singing Dogs’ Christmas album is far from the quirkiest piece of holiday music out there.

Stacker dug into the recesses of Christmas or holiday-themed albums to find 15 unconventional holiday albums that stand out as cultural and musical anomalies within the much-beloved subgenre of music. These original albums represent some of the most unique holiday songs out there. To curate this list, Stacker didn’t look at singles; just LPs and EPs were considered.

Many famous musicians have released some pretty unique versions of holiday songs. Sufjan Stevens took it to another level and released 100 songs in two installments six years apart. Afroman has a quirky Christmas album with lyrics tailored to his image and some of his favorite pastimes. Even Arcade Fire put together a secret DIY Christmas album.

You may also like: Holiday gift crazes and fads of the past century 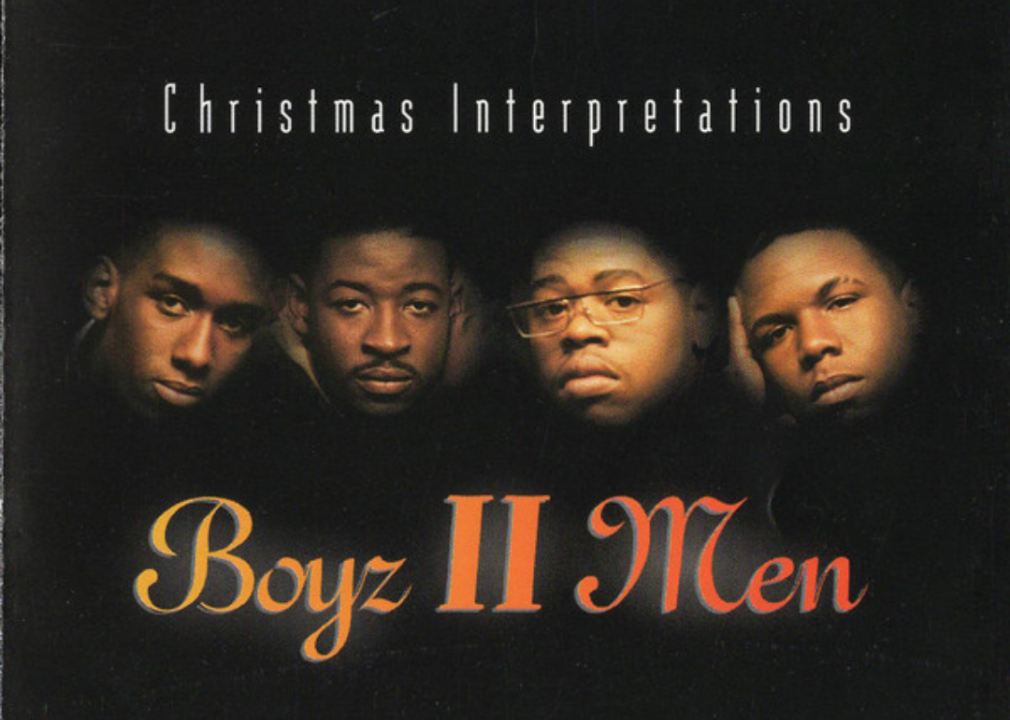 This Christmas album was another wildly popular installment in the Boyz II Men discography. The band put their standard spin of soothing vocals and flawless harmonies on a full slate of new material, with only one cover, “Silent Night,” all a cappella. The rest of the songs on the album aren’t all as full of joy as traditional Christmas tunes, covering topics like depression, poverty, and love. 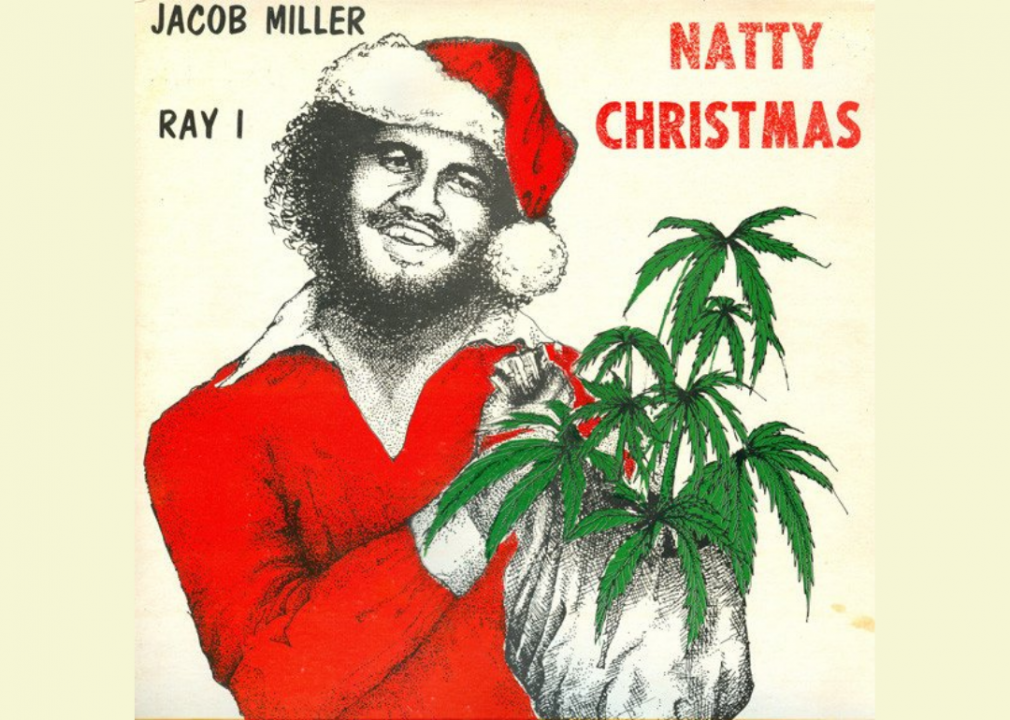 Transport to Jamaica with this reggae Christmas album. The record became a Christmas classic, with lyrics like “We bring you an Irie Christmas” and lots of references to marijuana. Plus, most of the songs are set to traditional Christmas tunes, so everyone can easily sing along. 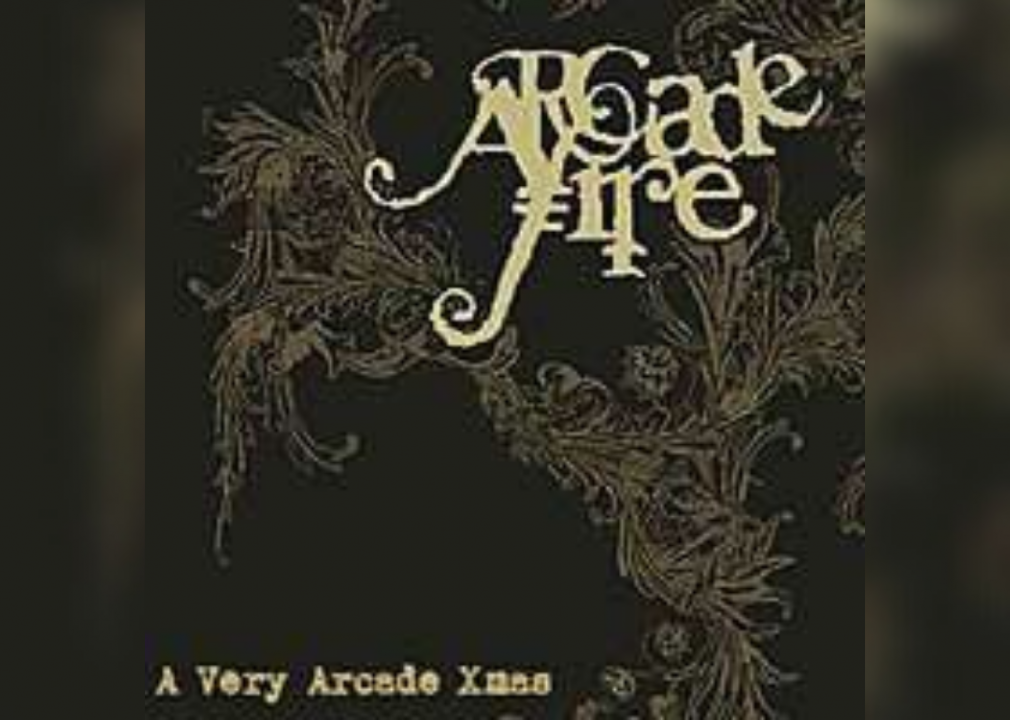 This album can’t be bought in stores—Arcade Fire members apparently made the album for friends, hand-delivered it as holiday gifts, and then someone leaked it online. The album was recorded in 2001 live at a party. 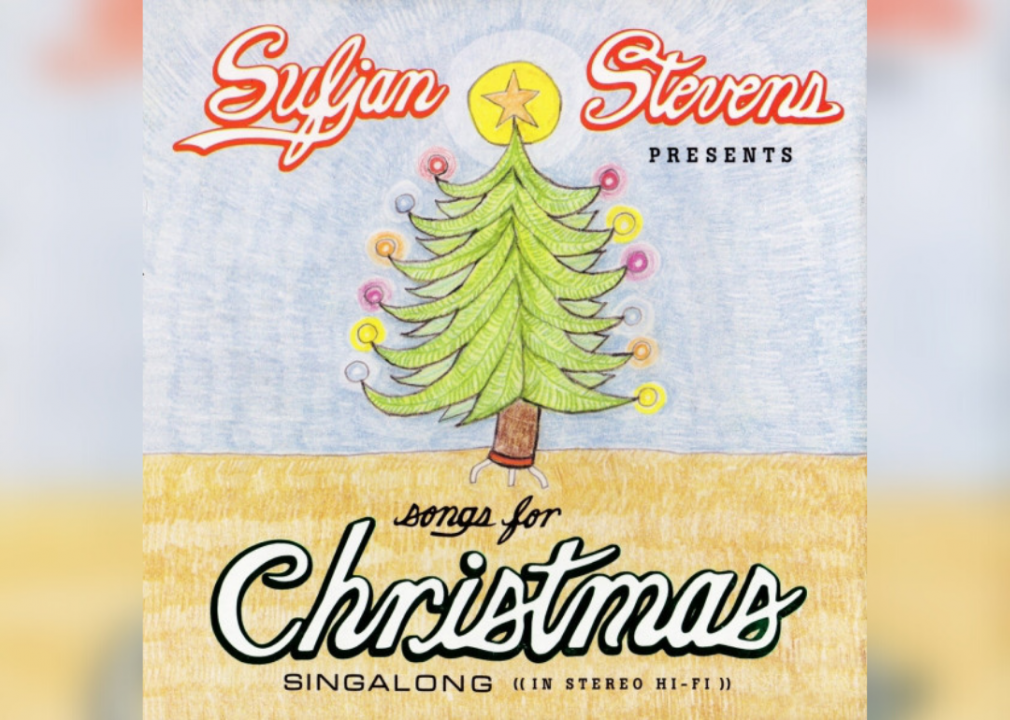 Sufjan Stevens’ epic two-part album is split into 10 volumes of 100 songs. Half of the songs were released in 2006 and the other half in 2012. The albums reflect Stevens’ changing style throughout his career, with some songs appearing multiple times, differentiated by style and arrangement. 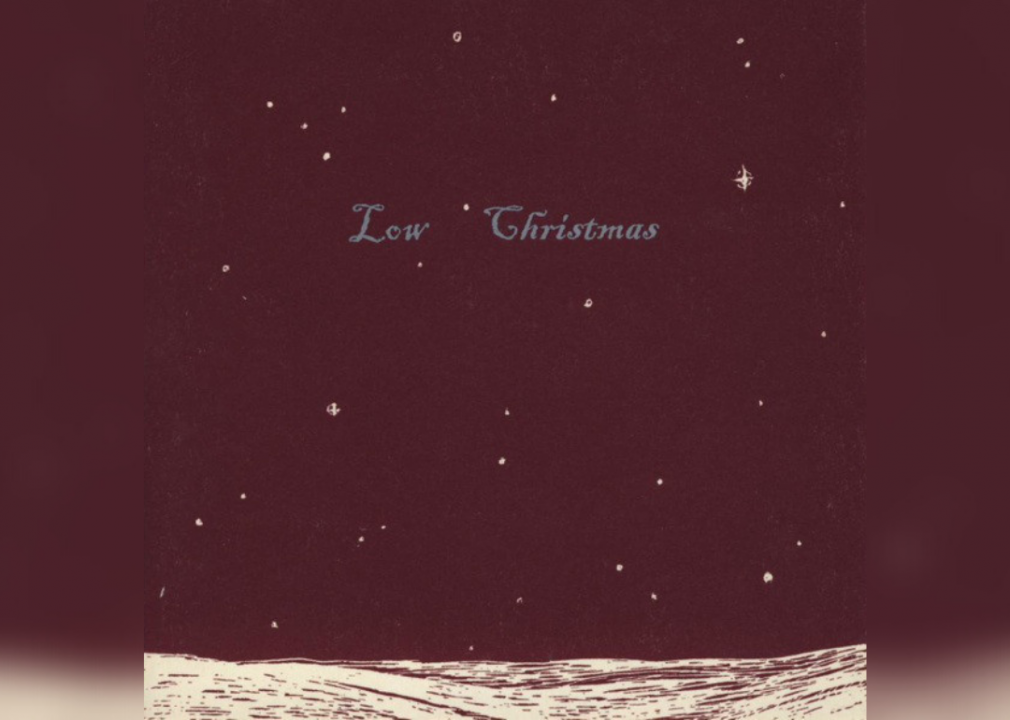 Low built its reputation on the sad, melancholy sounds and lyrics that are the hallmark of slowcore music, and this Christmas album is no exception. The eight original and cover songs are minimalist, spare, achingly slow, or just a little creepy and odd.

You may also like: Bestselling album from the year you graduated high school 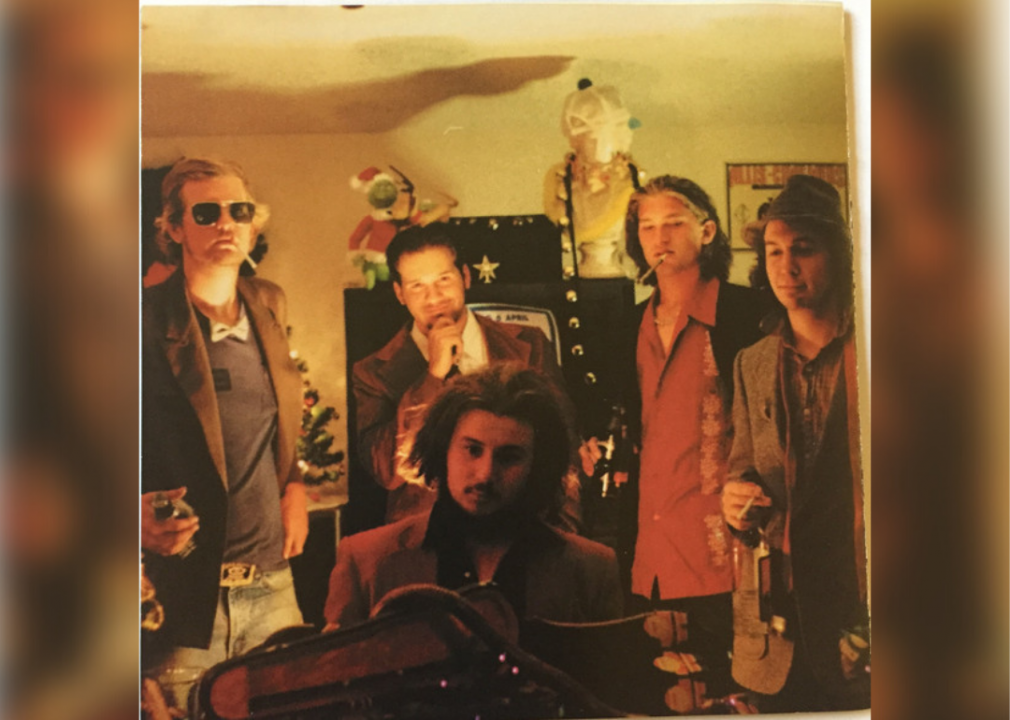 This six-song EP is a mix of originals and covers with some experimental vocals and riffs. Listen for the heavy electric guitar and beautiful harmonies the band is known for while still being left with a relaxed holiday soundtrack. 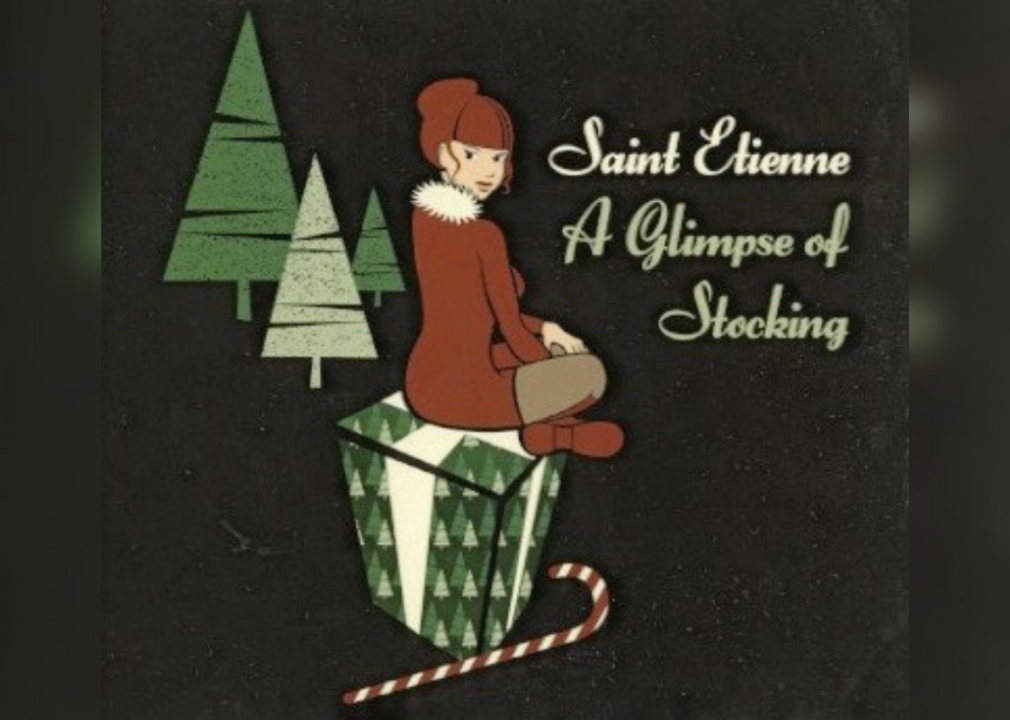 This limited release album wasn’t too surprising for those already fans of Saint Etienne. It was a fun collection of past fan releases and covers of other Christmas songs, in the standard style anyone came to expect from the band. But only 3,000 copies were made, and for an extra expense, buyers could get a signed Christmas card and a personalized song. 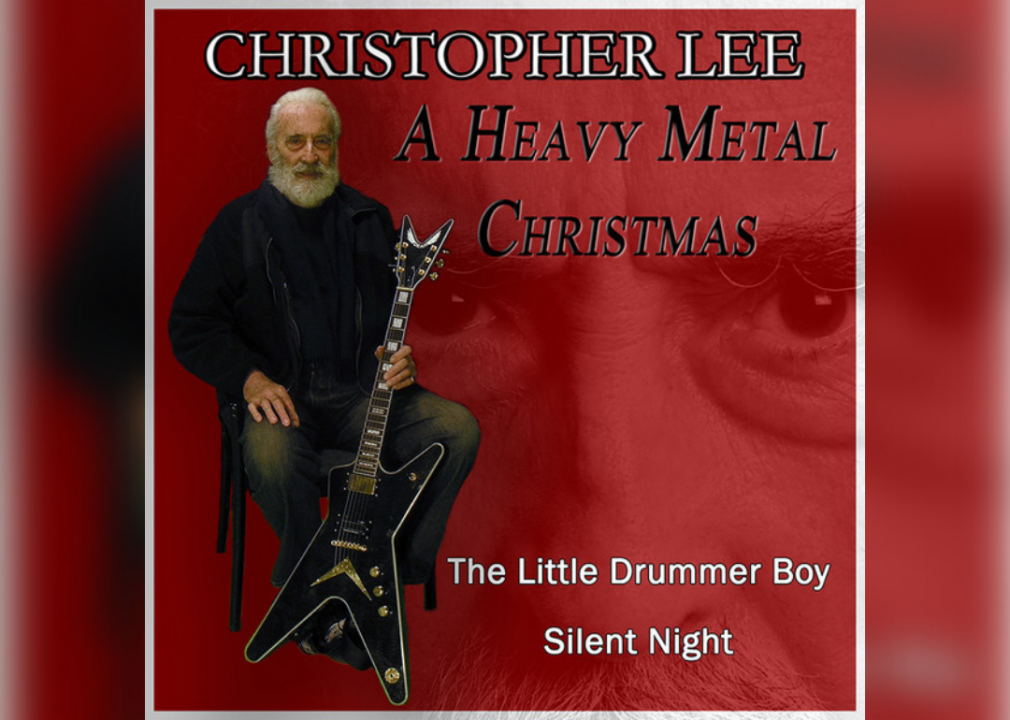 Actor Christopher Lee (known for “The Lord of the Rings” and “Dracula” movies) was 90 when he released this two-song heavy metal EP. The classically trained singer loved heavy metal, and the EP, which includes “Little Drummer Boy” and “Silent Night,” reflected his talent for the genre. 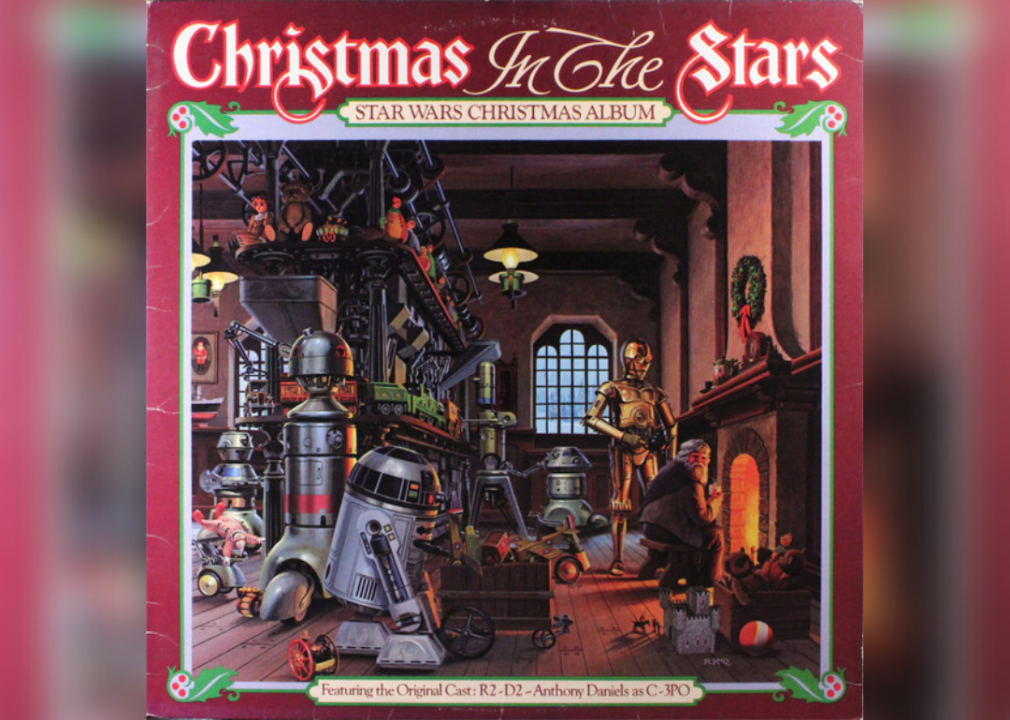 The Star Wars universe and the real world merged in this Christmas album, which made many people hate it. Star Wars characters came through with holiday gems like “What Can You Get a Wookiee for Christmas (When He Already Owns a Comb?)” and “R2-D2 We Wish You a Merry Christmas.” The cheese factor is enough to put the average person over the edge; but fetching a copy of this album (CD or vinyl) will set you back a few bucks as the album now serves as a collector’s item. 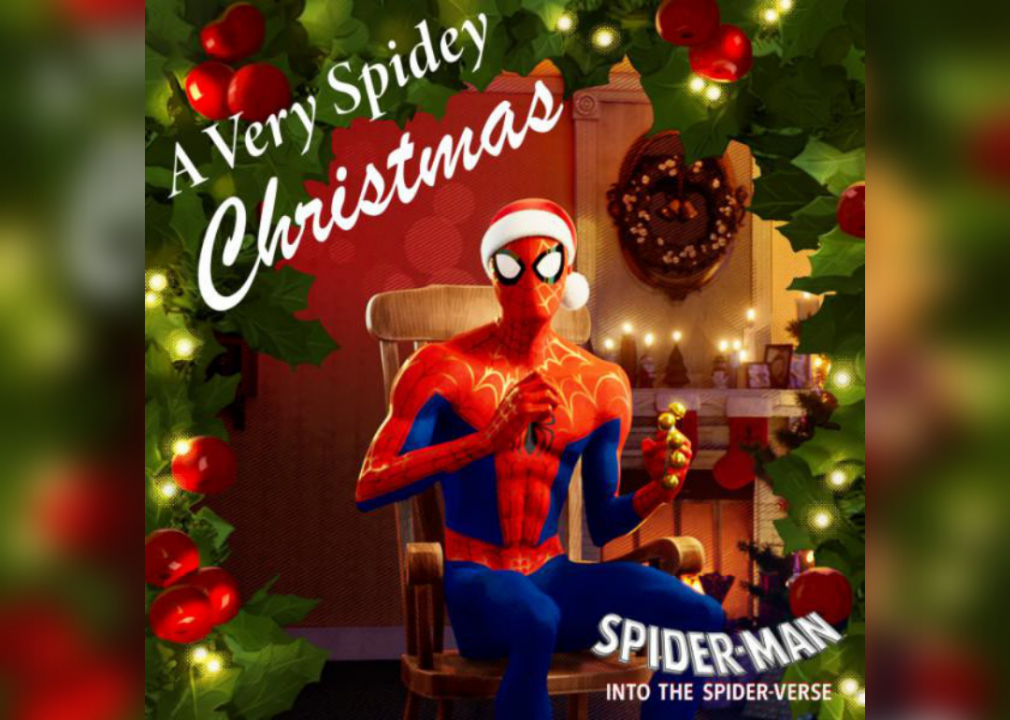 What started as a joke in “Spider-Man: Into the Spider-Verse” became a reality a week after the movie premiered. This EP, previewed in the film, is only five songs and about 11 minutes total. It features the cast singing holiday songs as their characters.

You may also like: 30 musicians with legendarily long careers 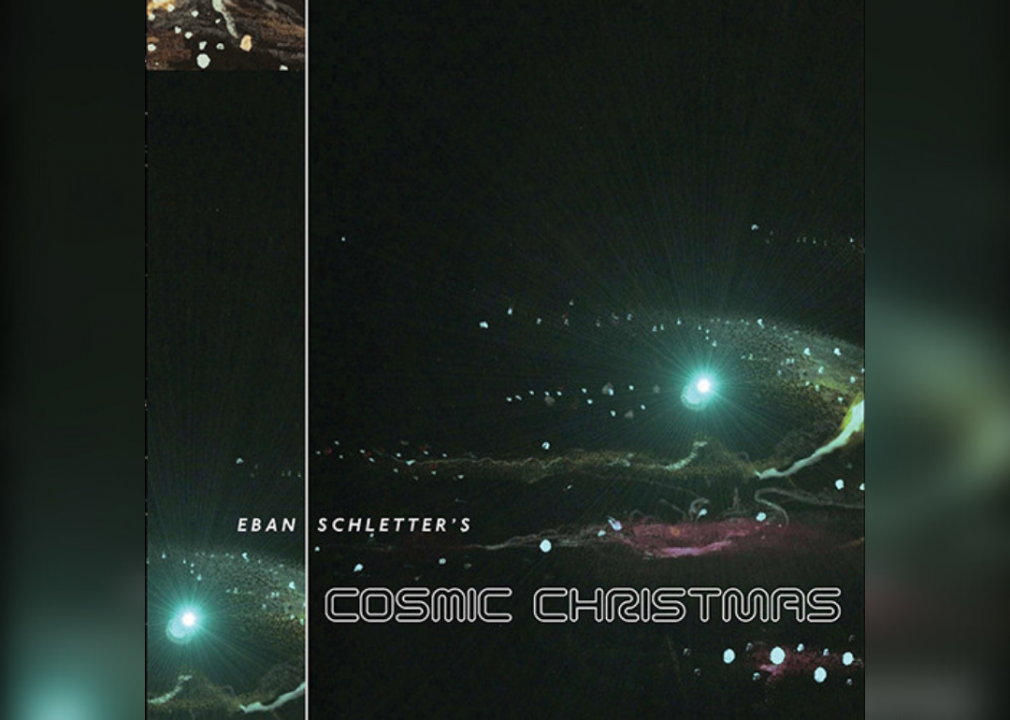 Those who’ve never heard the sounds of a theremin can get their fill with this album, which is an electronic sensation and so popular it has a Facebook fan page. The album description says it all: “A military satellite finds itself in the midst of a musical ‘transmission’ which forces it to rethink its primary directive.” What follows are electronic, synth, and theremin versions of holiday classics. 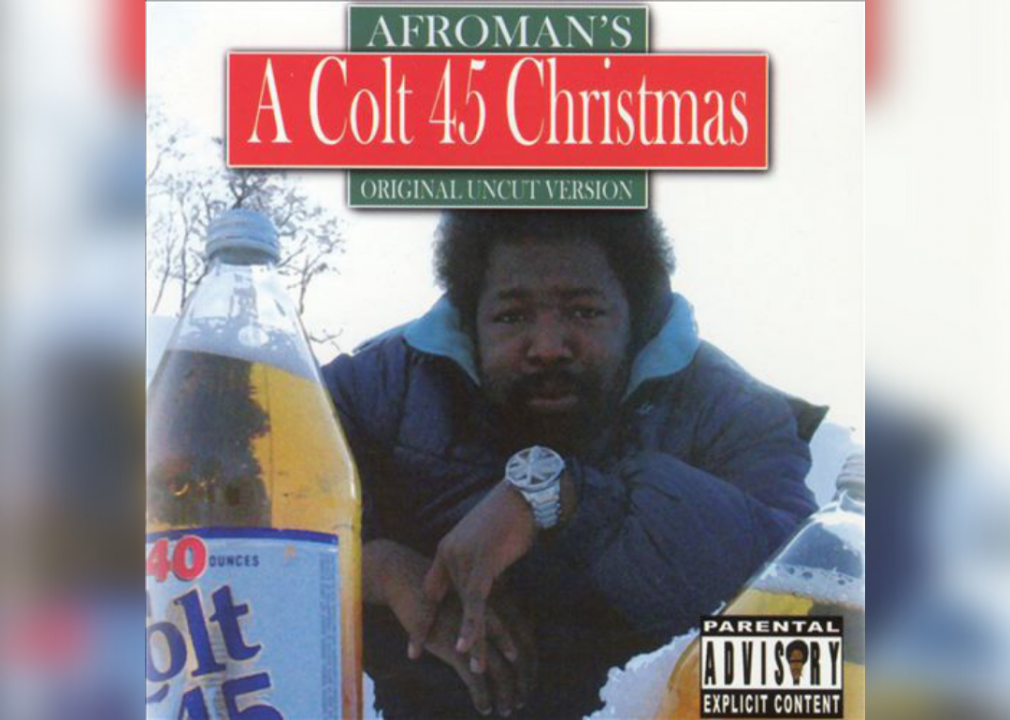 Afroman’s albums generally contain parental advisories, and this one’s no different. The rapper decided to put his spin on Christmas classics, turning out songs like “Afroman is Coming to Town” and “O Chronic Tree.” Each song showcases Afroman’s trademark musical humor. 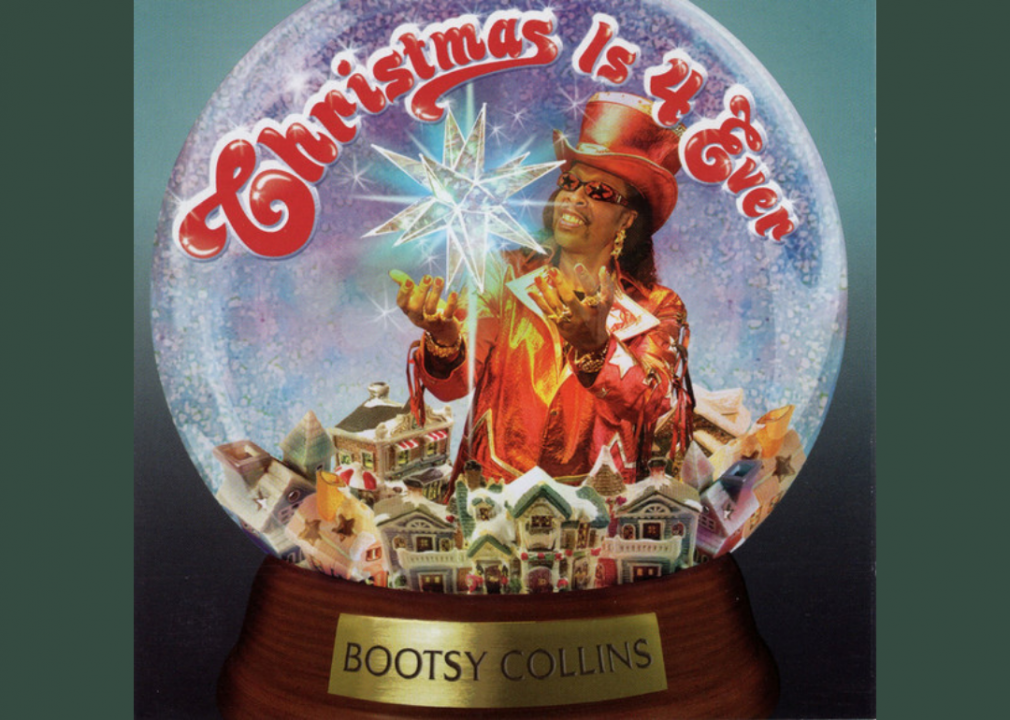 Funk artist Bootsy Collins released this album on Halloween 2006. None of the songs sound like the original (imagine a funky bass line on “Silent Night”), and some of them have unique collaborations. Snoop Dogg and George Clinton lend voices on “Happy Holidaze” while “Sleigh Ride” features Charlie Daniels. 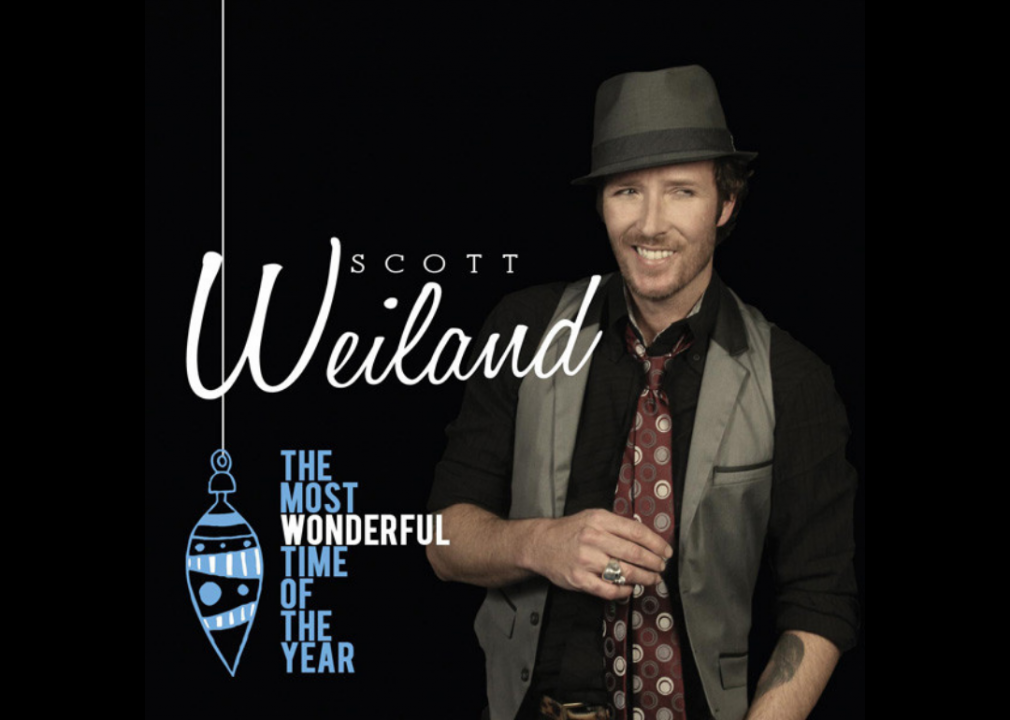 ‘The Most Wonderful Time of the Year’ (2011) by Scott Weiland

Stone Temple Pilots frontman Scott Weiland departed from his rock lifestyle with this kitschy Christmas album of covers with a twist. “O Holy Night” is reggae-style, “Silent Night” has some Spanish flair, and the singer croons Sinatra-style for a few of the more classic holiday tunes. 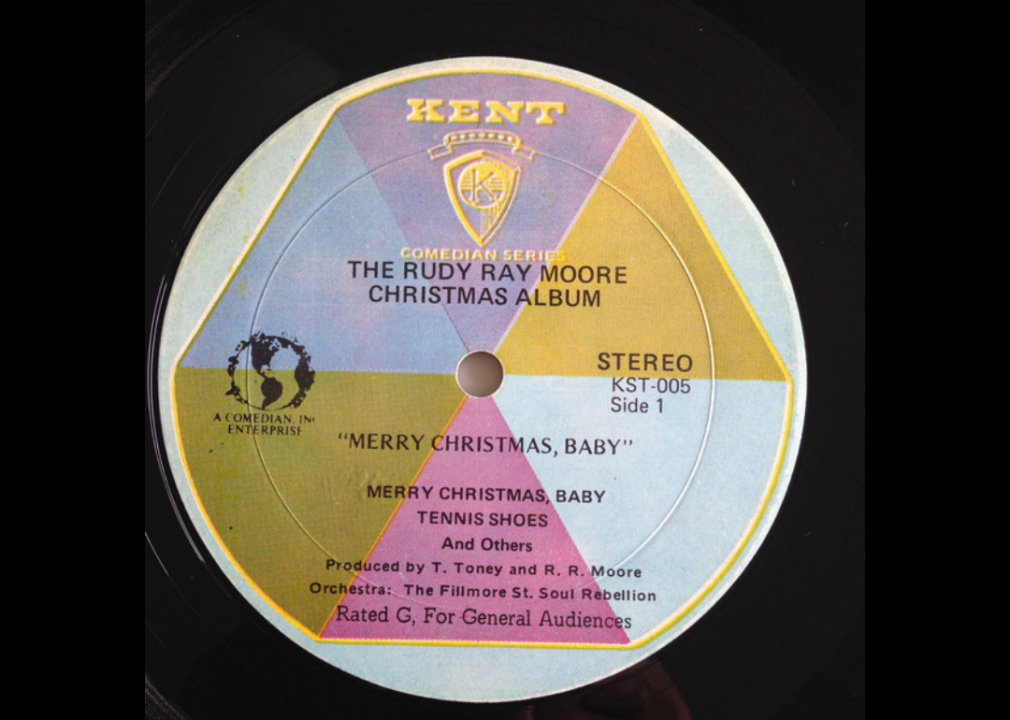 Rudy Ray Moore was a crass comedy legend—and he brought it all for this album. The A-side is relatively benign, with the smooth namesake song “Merry Christmas Baby.” However, those who turn the record over will be hit with a wildly X-rated B-side, with lyrics that match the album sleeve art.

You may also like: 100 best albums of the 21st century, according to critics