Forecasts hint at a rare white Christmas for parts of Mississippi 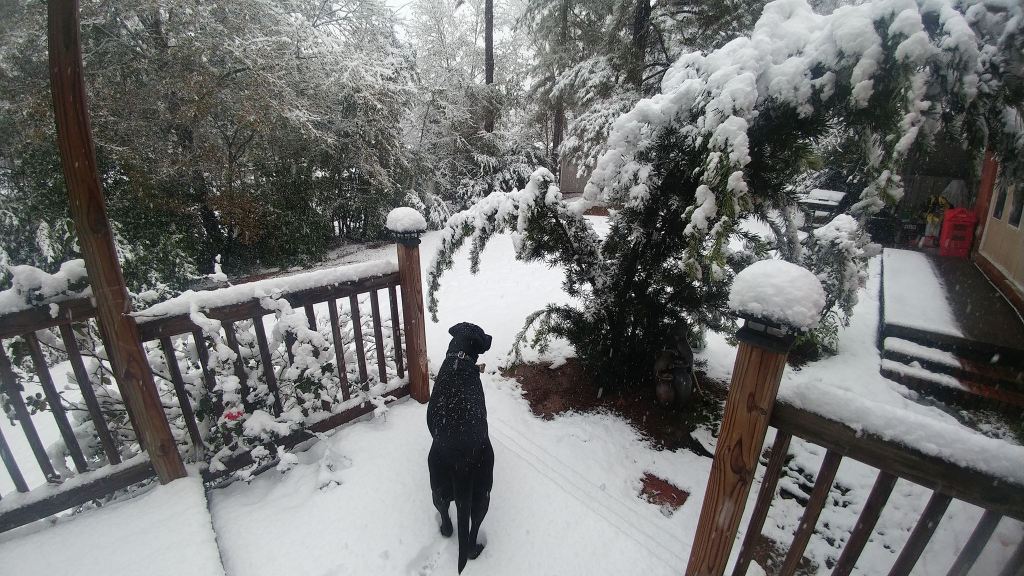 Bella, a Labrador from Laurel, enjoys the rare treat of a pre-Christmas Mississippi snow in December 2017.

Could it be? Could people in Mississippi really dream of a “White Christmas”? Such a rare event may excite even the biggest Grinch, but people shouldn’t get excited (or worried with dread) … yet.

Some national weather forecasters, including The Weather Channel, are hinting at the potential of snow showers next week around Wednesday night and Thursday. In fact, the potential for snow reaches all the way from Oxford to Natchez, as shown in the graphics taken from long-range forecasts for both cities.

Many things must happen for us to go “Walking in a Winter Wonderland,” including a cold front traveling fast enough to drop temperatures quickly while having enough moisture after the cold air moves in to create wintry precipitation. The first thing that must happen is already settling into place, and that’s much cooler temperatures ahead of that system. Thanks to the front that brought damaging storms earlier this week, our temperatures have dropped significantly.

Whether or not we get some snow to kickoff an early Christmas celebration, temperatures are going to drop even colder next week. Some of us will have lows in the teens with single digit windchills. If you’re planning to travel next week, be sure to have precautions in place before you leave to protect your pets and homes from frigid temps.

So, for snow-wishers young and young at heart, here’s hoping for a Christmas weather miracle!