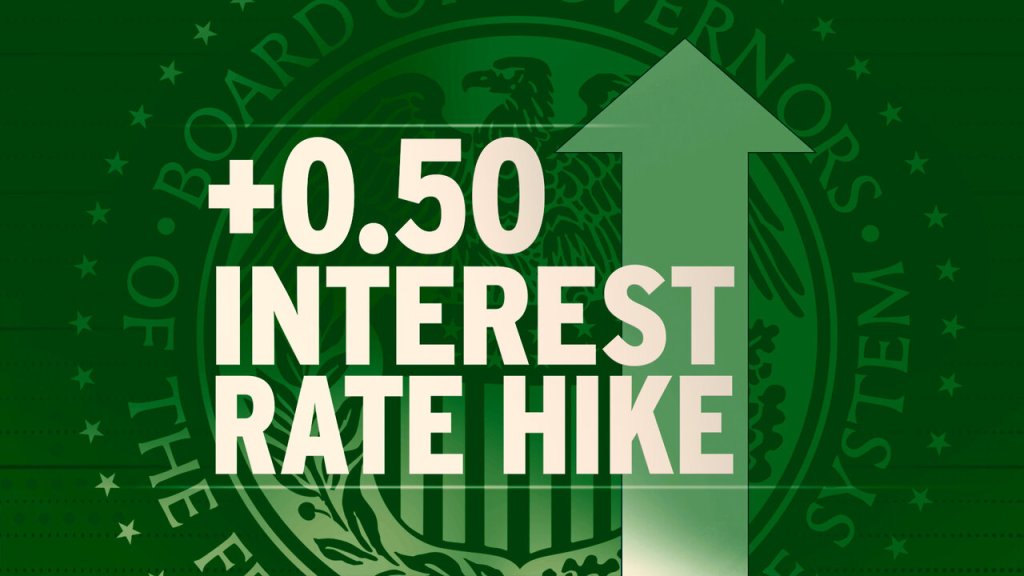 The Federal Reserve raised interest rates by half a percentage point on Dec. 14, 2022, to a range of 4.25 to 4.5%, the seventh increase this year. So far in 2022, the Fed has lifted its benchmark short-term rate, which influences most other borrowing costs in the economy, by 4.25 percentage points from a low of near zero as recently as March.

But even as the U.S. central bank lifts rates – and plans to keep doing so in 2023 – home-buyers are beginning to notice a pleasant surprise: Mortgage rates have been falling.

We asked Brian Blank, a finance professor at Mississippi State University, who has researched mortgage rates and bank loans, to explain the paradox of falling mortgage costs at a time of rising base interest rates.

After soaring for much of 2022, mortgage rates and other long-term rates are starting to come down.

The average rate on a 30-year mortgage has fallen 0.75 percentage points in the past month or so, after hitting a 20-year high of 7.08% in early November. Rates reached 6.33% on Dec. 8, the lowest level since September. This occurred over the same period as the Fed lifted its benchmark interest rate 2 percentage points.

Another key rate that fell is the yield on 10-year Treasury bonds, which has declined by a similar amount, to 3.5%.

Why are mortgage rates falling if the Fed is still hiking?

The short and rather boring technical answer is that bond markets anticipated this rate hike many months ago. And as market factors largely dictate the costs of borrowing, the increase was already absorbed into home loan rates.

Mortgage rates, while rising due to the Federal Reserve’s rapid hiking pace, are actually more closely linked to the interest rate on Treasury securities, specifically the yield on the 10-year Treasury bond. That security began to anticipate the Fed’s interest rate increases a year ago and rose from less than 1.5% in December 2021 to more than 3.25% by June.

And now, with signs that inflation has already peaked and amid growing concerns of a slowing economy, these longer-term rates are coming down in anticipation of fewer future Fed rate hikes than expected only a short time ago. In fact, mortgage and other long-term rates may keep falling over the coming months – assuming the Fed manages to get inflation under control, so it is able to lower its benchmark rate again.

Why do mortgage rates follow the yield on the 10-year Treasury bond?

Even though 30-year mortgages can be held for three decades, most people sell their house or refinance within a decade, which means the investor who is receiving the mortgage payments is effectively investing in a 10-year bond.

As a result, the average 30-year fixed rate mortgage interest rate is normally 1 to 2 percentage points higher than the yield on the 10-year Treasury bond.

However, when the economy has more uncertainty than usual, like earlier this year, this spread can get as large as 3 percentage points. This uncertainty can be the result of a potential economic downturn, the possibility of the Fed raising rates more than expected, inflation, Fed balance sheet changes or all of the above – as happened in 2022.

Why are mortgage rates higher than Treasury yields?

Since the United States Treasury is more likely to pay investors back than almost any individual homeowner, investors charge a higher interest rate due to the additional risk they are taking.

Even though individuals go to banks to borrow, banks often sell those loans to investors, who then receive the money individuals pay back on the loan.

Since individuals default on mortgages more often than the U.S. government defaults on Treasury bonds, investors require a higher return to purchase the rights to receive the payments from those mortgages.

If mortgage rates fall, will the Fed have to raise rates even higher to control inflation?

Falling mortgage rates preceded an increase in the home purchase index, which is a measure of current market conditions to purchase homes. This suggests the housing market may finally start to pick up steam after slowing down all year.

Since the Fed is trying to slow economic activity to bring down inflation, this could cause housing prices to increase again, thus forcing the Fed to raise its target rate more than planned.

However, I believe the effective federal funds rate, which is the market rate directly influenced by the Fed’s target range, is already sufficiently restrictive to slow the housing market and restore more normal economic conditions in 2023. Moreover, the decline in mortgage rates is still quite small – they remain over double what they were a year ago – so the drop isn’t likely to have much of an impact alone.

What the Fed itself thinks about this challenge – and where it projects to take interest rates next year – is what I and many other economists and investors will be monitoring closely after it met for the last time of 2022. It should tell us what to expect in 2023 – so stay tuned.