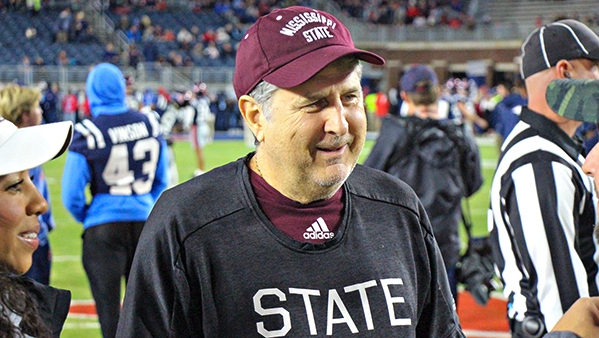 The memorial service will be streamed live on WatchESPN.com.

Additional details, including parking logistics, confirmed speakers, video stream information and media information will be released in the coming days.

Michael Charles “Mike” Leach passed away the night of Dec. 12, 2022, at the University of Mississippi Medical Center in Jackson, Mississippi, following complications from a heart condition. He was 61.

Leach, who was named Mississippi State’s 34th head football coach on January 9, 2020, was finishing his third season in Starkville and 21st as a head coach. Forever a college football icon, he leaves an incredible legacy as a husband, father, friend and leader of young men.

Born in Susanville, California to Frank and Sandra Leach, Mike was raised in Cody, Wyoming. After graduating with honors from BYU in 1983 where he played rugby, Leach earned a master’s degree from the U.S. Sports Academy and his Juris Doctor from Pepperdine University, where he graduated in the top one-third of his class.