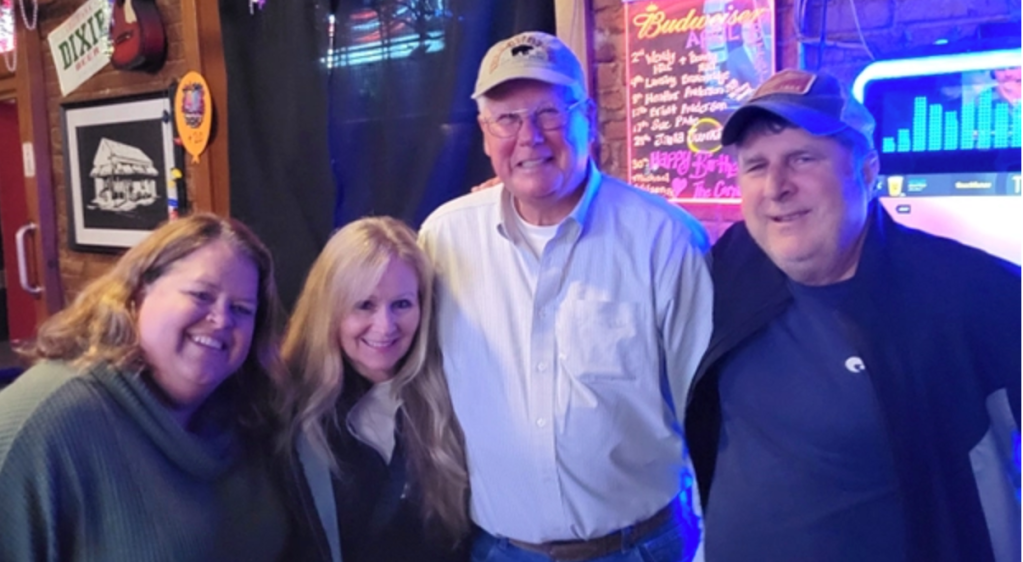 A Rebel couple once entertained Mike Leach on his visit to Natchez. They were planning to make a return trip before he died this week at 61. From left, Jennifer Smith, Sharon Leach, Bobby Smith and Mike Leach had dinner at Magnolia Grill in April 2021. (Submitted Photo | Jennifer Smith)

Mississippi State head coach Mike Leach loved history, specifically history about pirates, native Americans and the Civil War. Natchez, which is the oldest permanent settlement on the Mississippi River, has connections to all three of those history topics.

Leach died at the age of 61 this week. He was looking forward to a trip back to Natchez after a visit in April 2021, Jennifer Smith said. It was the summer following his first season at Mississippi State.

Leach was not only a fascinating storyteller, but he loved to entertain, she said. His spirit was kind. Their acquaintance was a bit comical, Smith said. She and her husband Bobby are Ole Miss fans.

“Everyone who was a Mississippi State fan figured out he was in town and they wanted to know how we got to entertain him,” Smith said.

Smith said a mutual friend of hers who lives in Jackson connected the Smiths with the Leach family. Mike and his wife Sharon came to town and asked where they should go for dinner. Smith recommended Magnolia Grill on Silver Street.

“I was so thrilled that I got a chance to get to know him and Sharon for just a brief time together. It was a stormy night and they were staying at the Grand,” Smith said. “He wanted us to go with him and his wife and we had the best time. He just had so many great stories to tell from his career and life.”

The next morning the Leaches went to the Little Easy for brunch and toured a few of the historic homes but had a limited amount of time in Natchez. Smith said they had planned to come back and this time make it a big visit with their mutual friends the Griffins joining in.

“We hoped he could come. He wanted to see more of Natchez. He really enjoyed the history of our town and he was intrigued to see us again,” Smith said.

Smith said Leach stayed in contact with her. After her dad got sick, Leach reached out to see how things were and told them he would be thinking about them. She said it was special he would care about people he had met just once.
“You don’t find them much better than Mike Leach. I really admired how he and Lane Kiffin have been able to help the schools. I appreciate how they could diffuse some of the ugliness in our rivalry,” Smith said.

“I think everyone in Mississippi is a Mike Leach fan today,” Smith said. “We are all praying for Mississippi State, it has to be hard to lose your coach.”