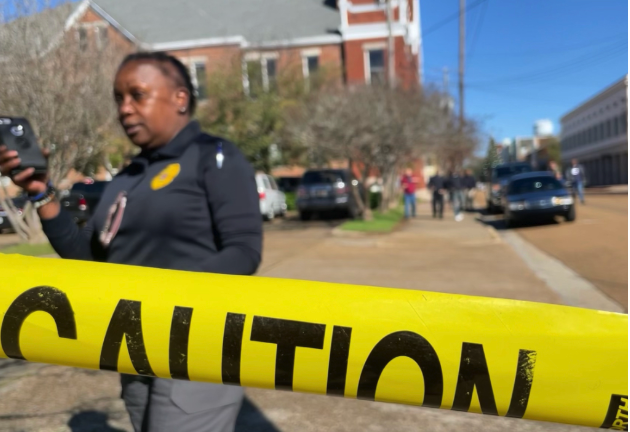 Clear vials of liquid, that some feared contained potentially dangerous chemicals likely were part of a kit to test for the presence of such chemicals, officials said Thursday after a large portion of downtown Natchez was closed down out of precaution.

Homeland Security personnel had arrived at about 3:15 p.m. Thursday and began testing a substance found in vials at the Historic Natchez Foundation.

“Testing is continuing, but they think what is in the vials is mostly charcoal. If it is a test kit, it would contain a tiny amount of the chemical, but because of how long it has been, the chemical would be inactive,” Natchez Police Chief Cal Green said.

Such test kits were readily available in the 1920s through 1940s, she said.

The vials were discovered Thursday morning at Historic Natchez Foundation. Markings in the vials led to concerns that they could contain potentially dangerous chemicals. The foundation office was evacuated and a portion of downtown blocked off while a team of Homeland Security investigators were called in to examine the vials.

All roads downtown with the exception of the 100 block of Commerce Street are now open.

Green said no one has been injured during the incident.