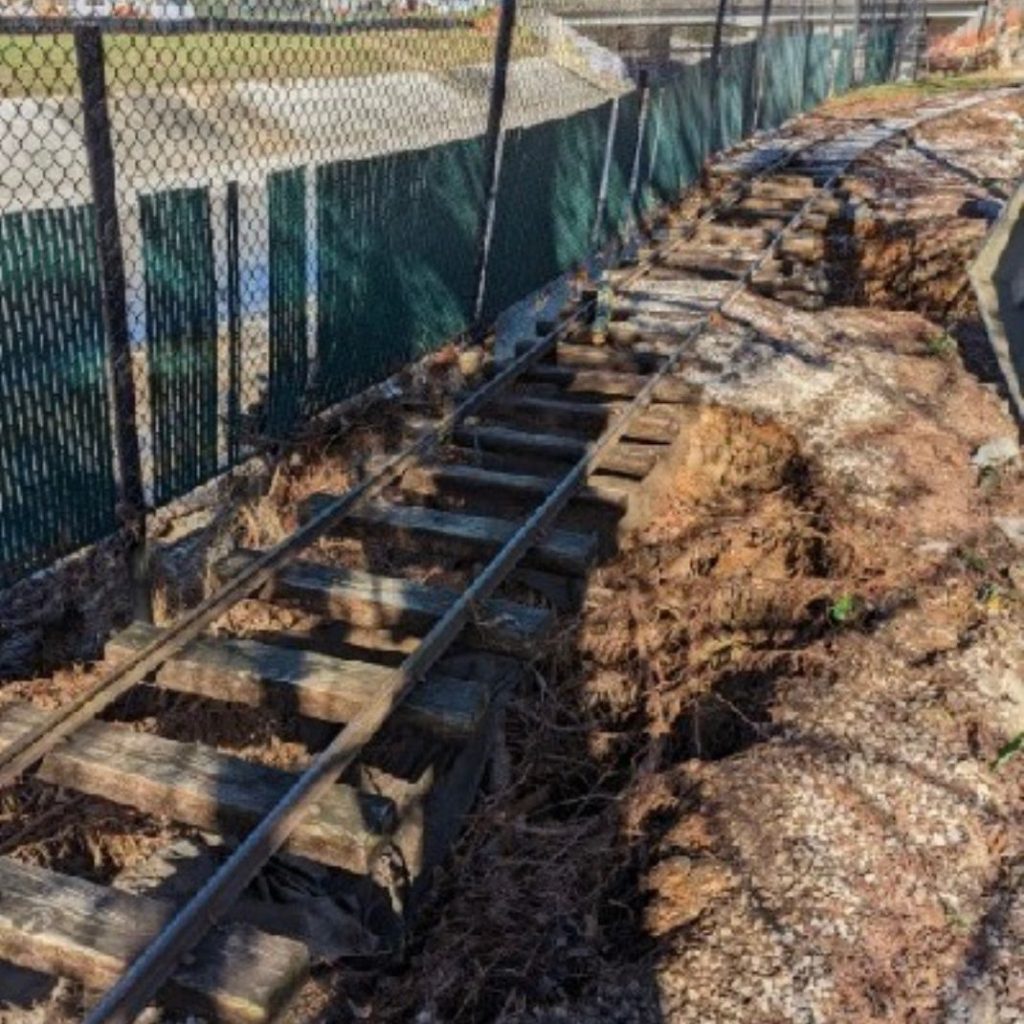 Flooding experienced during last week’s storms has damaged a portion of the Hattiesburg Zoo’s train tracks making use of the train impossible at this time. The good is news all animals are safe and the annual Christmas festival is back on track.

The train track washout was discovered during the staff’s morning safety assessment of the Zoo following the storms.

Gordon’s Creek, which is adjacent to the zoo, exceeded its banks, causing undermining of approximately 75 feet of tracks. The Hattiesburg Convention Commission officials are working with several local government entities to develop a plan for repairs. Until repairs are made, it is not safe for the zoo to operate the train, and it is not known at this time how long repairs will take.

“We were sad to discover the washout,” said Rick Taylor, executive director of the Hattiesburg Convention Commission, which manages the Hattiesburg Zoo. “These storms were unprecedented, and Mother Nature proved to be a wrecking force for the Zoo’s train track. Fortunately, both trains were secured during the storms and did not sustain any damage.”

Prior to the storms, zoo staff moved the majority of lanterns displayed during Lights of the Wild under cover, which spared them from damage.

“We are pleased to report that during Thursday morning’s inspection of the zoo, our animal care team noted that all animals and their habitats were in good shape,” said Kristen Moore, animal curator.

“We did have a good bit of debris down throughout the zoo so our staff spent the day Thursday cleaning up,” said Demetric Kelly, Director of Guest Services and Retail. “We did not think opening Thursday was in the best interest of our guests, and our focus needed to be on resetting lanterns and clearing areas so that guests could enjoy our Zoo in the days to come.”

“Though we are disappointed that we will have to operate the Zoo without our train for a period of time, we are thankful our animals are safe and that we didn’t incur any more damage than we did,” said Taylor.

The Hattiesburg Zoo is open again with regular hours and Lights of the Wild will operate as scheduled through December 23rd. Lights of the Wild lanterns alongside the train route have been moved and repositioned to allow them to be seen by guests from all foot-traffic areas of the zoo, creating a much more robust pedestrian experience.