This host is No. 1 among all first-year Airbnb listings in Mississippi for 2022 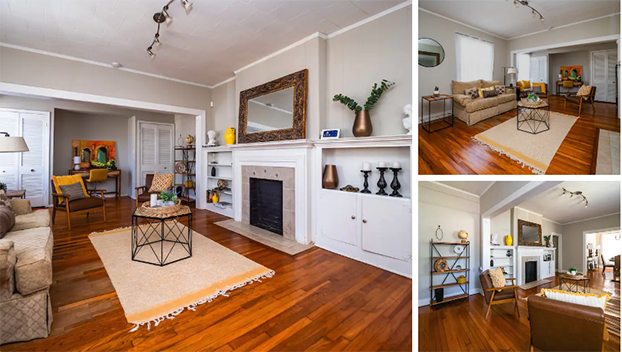 Mississippi’s No. 1 new Airbnb Host knows how to make a first impression.

The woman with a listing in Jackson has been announced as the state’s top host, with nearly 100 check-ins in her first year of hosting guests using the Airbnb website.

Airbnb made the announcement Monday, along with the other top hosts in the remaining 49 U.S. states.

For the Magnolia State, no new host in the state outdid Kendra who hosts this listing in North Jackson.

According to Kendra’s listing, the listing is a peaceful getaway in the heart of the historic Fondren District, Jackson. The house is an updated 1930s home with lots of charm and is located within walking distance from some of Jackson’s most popular restaurants. It is less than a 5 minute-drive from the University of Mississippi Medical Center, and just minutes from Downtown Jackson.

Kendra outdid other first-time Airbnb hosts. The criteria included becoming a first-listing Airbnb Host in 2022, having the most guest check-ins within that universe and already achieving Superhost status on the platform.

Kendra has nearly 100 check-ins, and is already a Superhost after beginning hosting just this year.

She joins numerous other first-time Hosts in the state who are earning important additional income during this difficult economic time. In fact, between Jan. 1 and Sept. 30, new Hosts in Mississippi with only one listing have earned over $5 million.

Click here to find out more about the Airbnb program and to see who were the top hosts in other states.