Beautiful photos of Christmas markets around the world 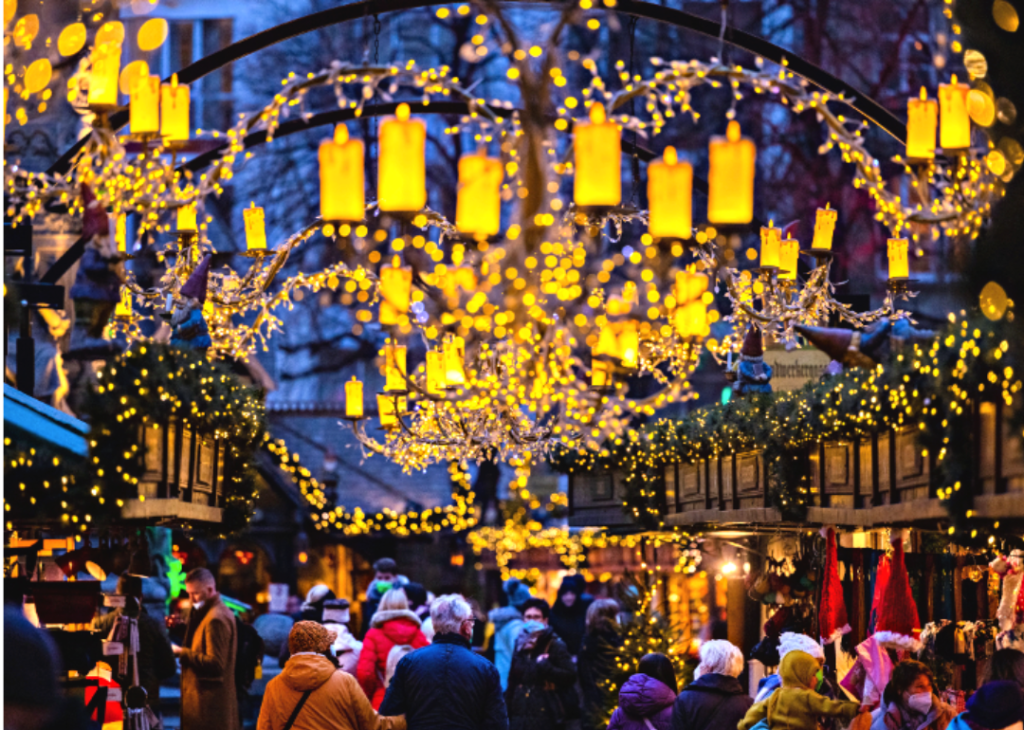 Beautiful photos of Christmas markets around the world

Christmas markets are a quintessential holiday tradition in Europe. Nearly every city, regardless of size, likely has at least one open-air bazaar that pops up sometime between mid-November and early December to sell holiday tchotchkes and treats.

These advent markets aren’t a modern-day invention, either. They’ve been around for centuries. The first recorded instance dates back to 1298, when vendors in Vienna, Austria, obtained permission to run a December market. Over the next century, these cold-weather bazaars increased in popularity, and by 1384 the first Christkindlmarkt had opened in Germany. Originally, the markets sold all of the practical things folks would need to make it through the long cold winters—meat, root vegetables, warm textiles, etc.—but eventually, they began focusing more on special, seasonal items, though the exact timeline of that shift is hard to pin down.

According to National Geographic, there are now 2,500 to 3,000 Christmas markets in Germany alone. In anticipation of these and the thousands of other Christmas markets around the world opening up, Stacker compiled a collection of 25 images showcasing some of the most beautiful Christmas markets out there. From historic bazaars to more modern markets, these festivals and their offerings are sure to put you in the holiday spirit.

You may also like: 50 fascinating cultural UNESCO World Heritage sites around the world 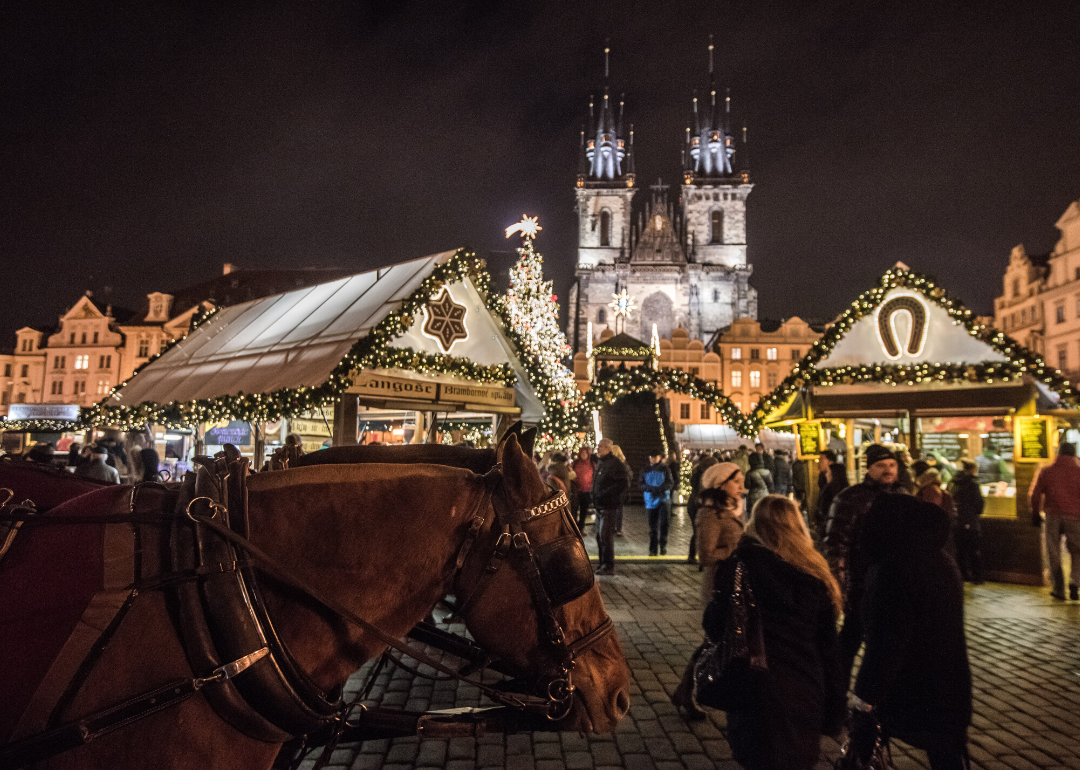 The Old Town Square market is Prague’s longest-running Christmas market. Nestled beneath the Church of Our Lady before Týn runs from late November to Three Kings Day. 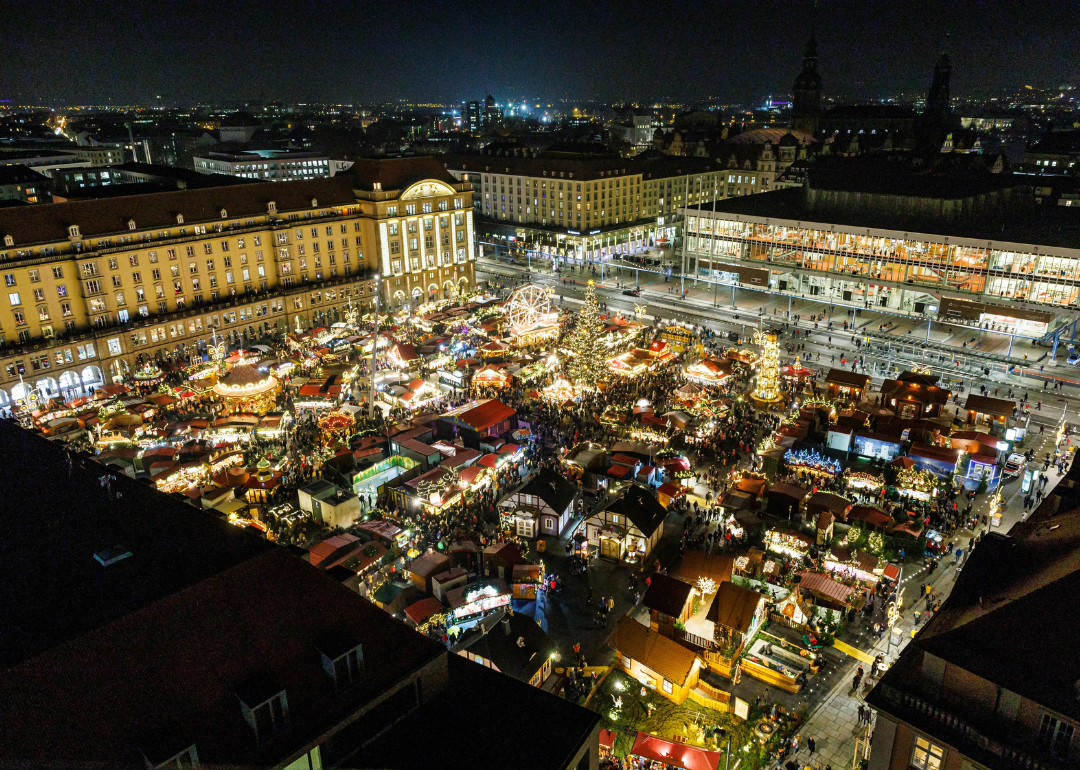 Dresden, Germany’s Striezelmarkt opened for the 588th time in November 2022. The Christmas market, which was first held in 1434, attracts an estimated 3 million visitors each year. 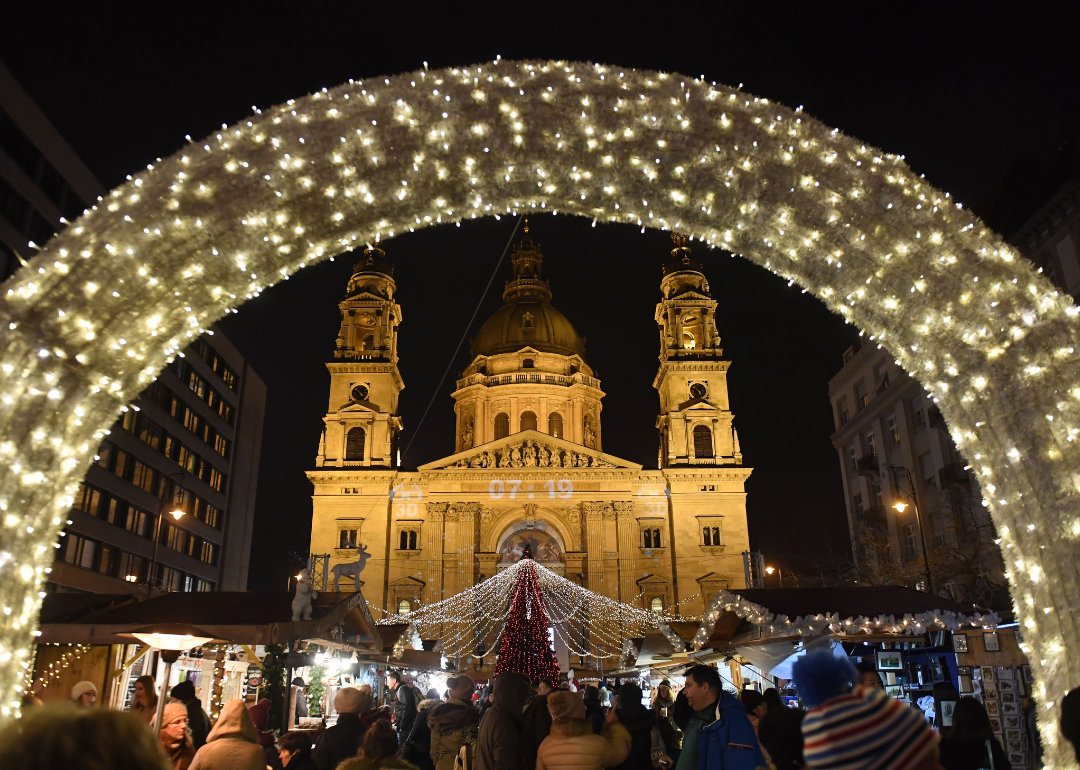 A newer addition to the Christmas market scene, the Advent Fair at St. Stephen’s Basilica in Budapest, Hungary, opened in 2011. Visitors can peruse hundreds of stalls selling handmade wares while admiring the architecture of one of the city’s biggest houses of worship. 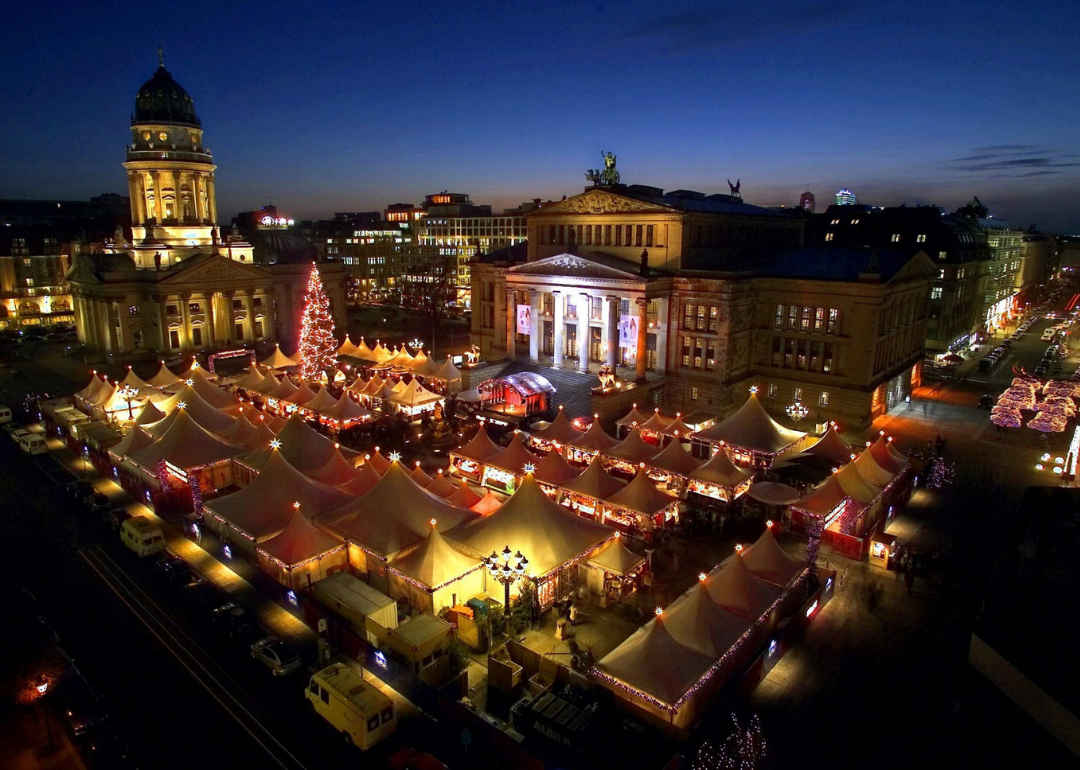 The Gendarmenmarkt Christmas market in Berlin, Germany, attracts around 800,000 visitors each year. Because of construction, the market has moved to nearby Bebelplatz until 2024. 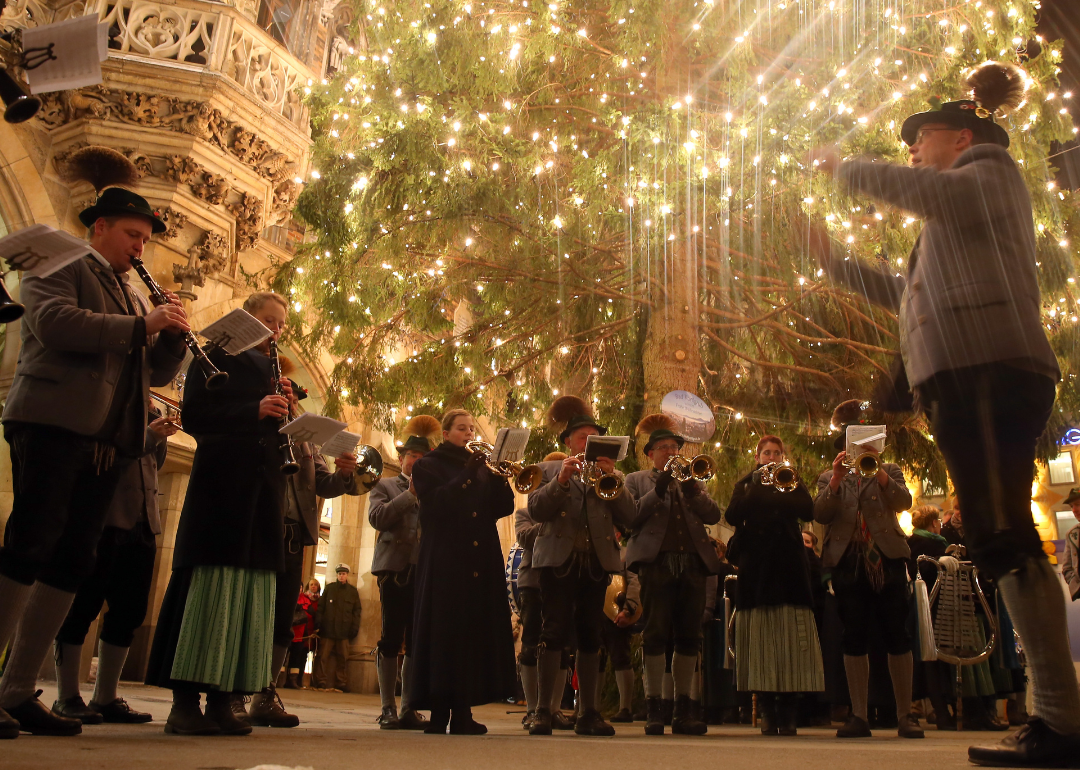 The Christmas market located in front of Munich’s town hall is the largest in the German city. Above, a traditional Bavarian brass band, dressed in lederhosen and dirndl, plays during the festival’s opening ceremony.

You may also like: What “cool beans” and 50 other old-timey slang words mean 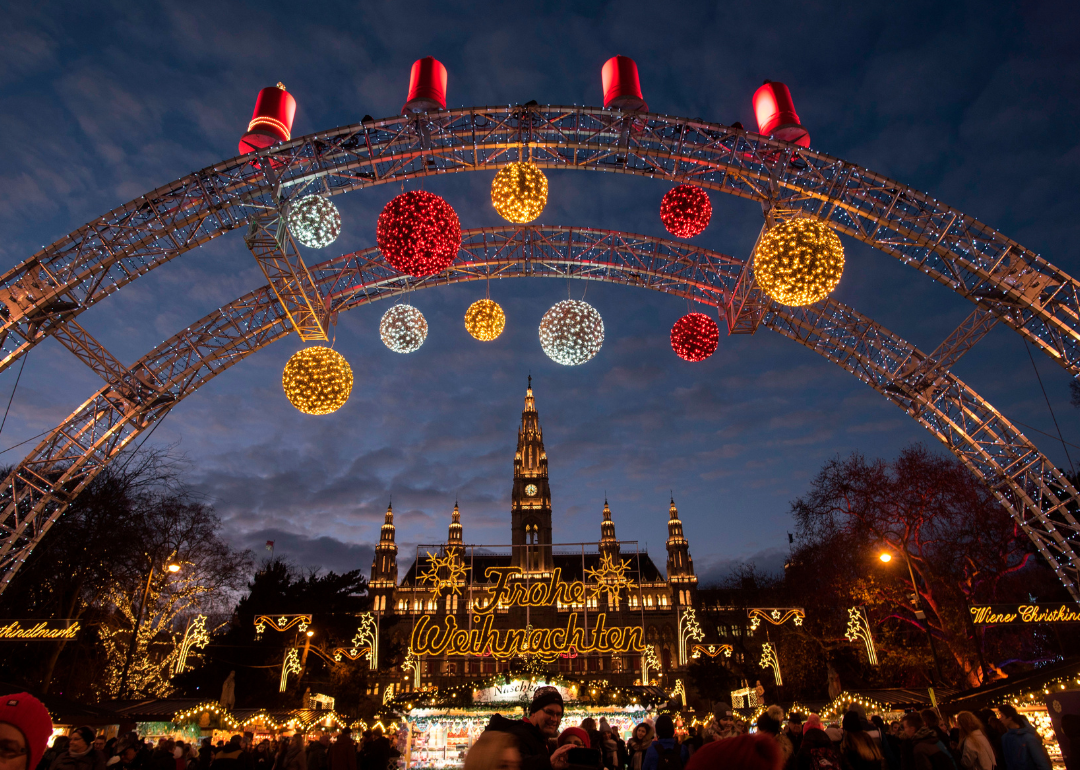 Arguably the most famous Christmas market in Vienna, the Wiener Christkindlmarkt has roots that date back to the 18th century. The 100-stall festival has only been in its current location in front of Town Hall since 1975 and reportedly sees more than 4 million visitors some years. 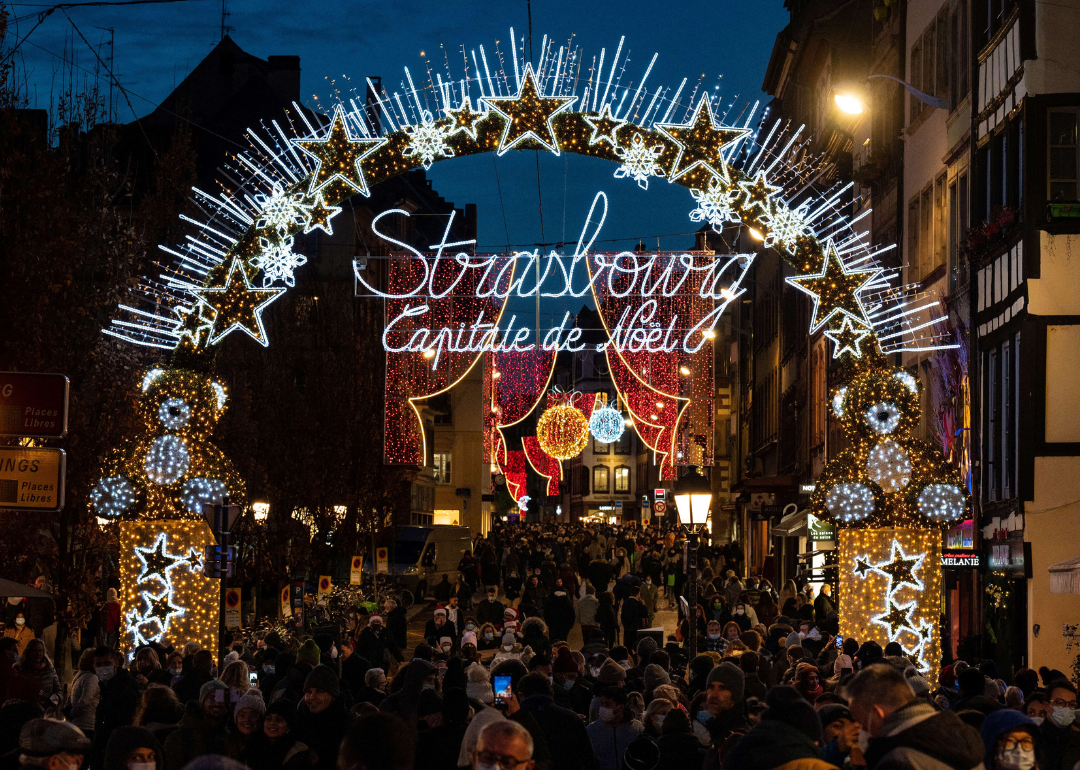 One of the oldest Christmas markets in all of France, Strasbourg’s fete dates back to 1570. It’s not just the Christkindelsmärik that’s worth visiting either—the city has dubbed itself the Capital of Christmas and is considered to be one of the most decorated cities in all of Europe throughout December. 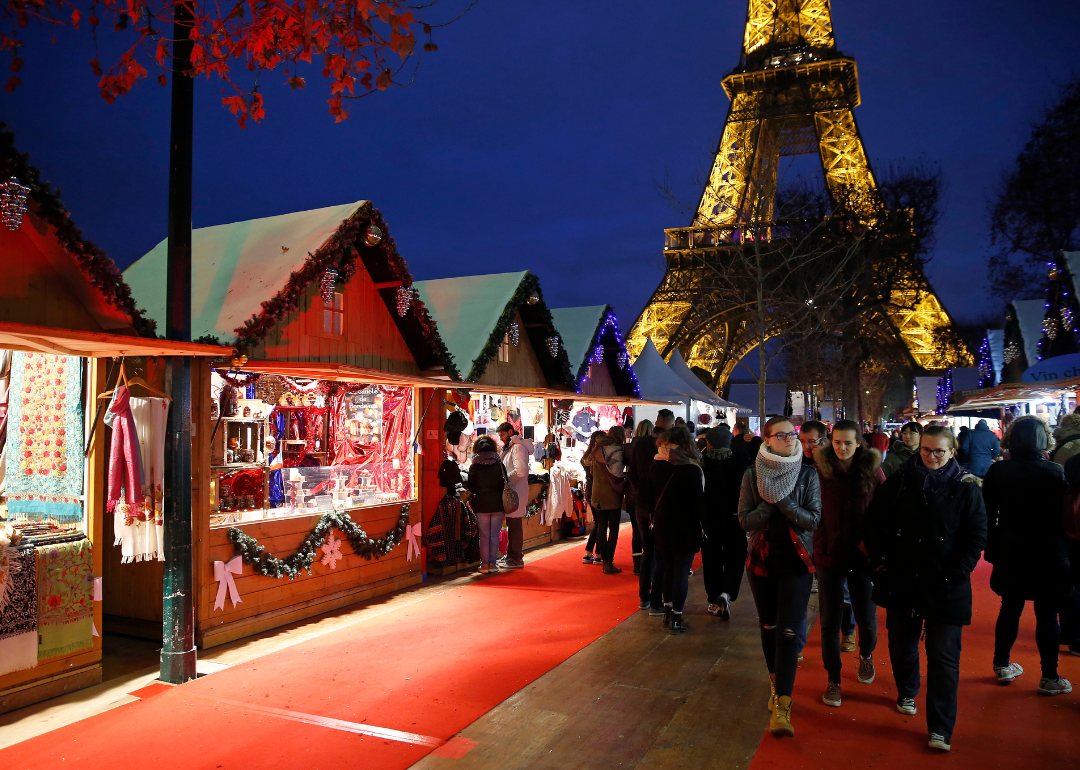 The Village de Noël at Champs-de-Mars, has perhaps some of the best views of any Christmas market in Europe. Stationed at the foot of the Eiffel Tower, visitors can enjoy the landmark’s twinkling lights alongside the holiday displays while enjoying locally sourced food and wine. 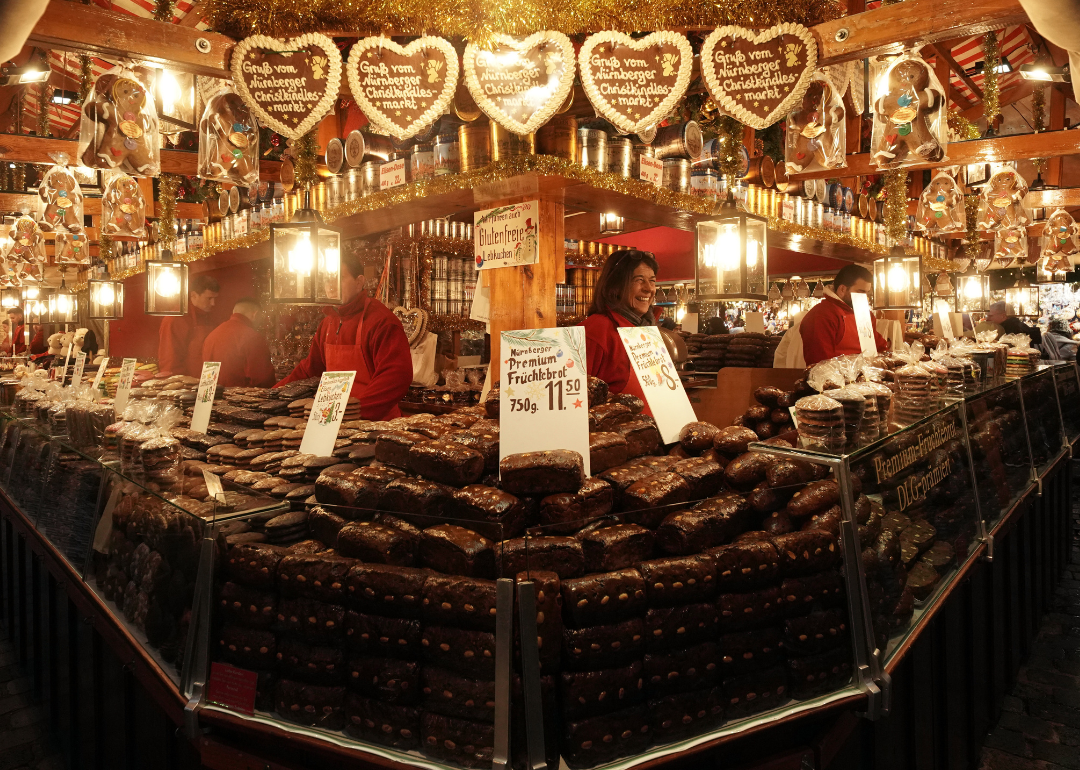 There are more than 150 stalls at the Nuremberg, Germany, Christmas market selling goods like mulled wine and handmade holiday decorations. It dates back to the 16th century and is one of the oldest and most famous markets in the world. 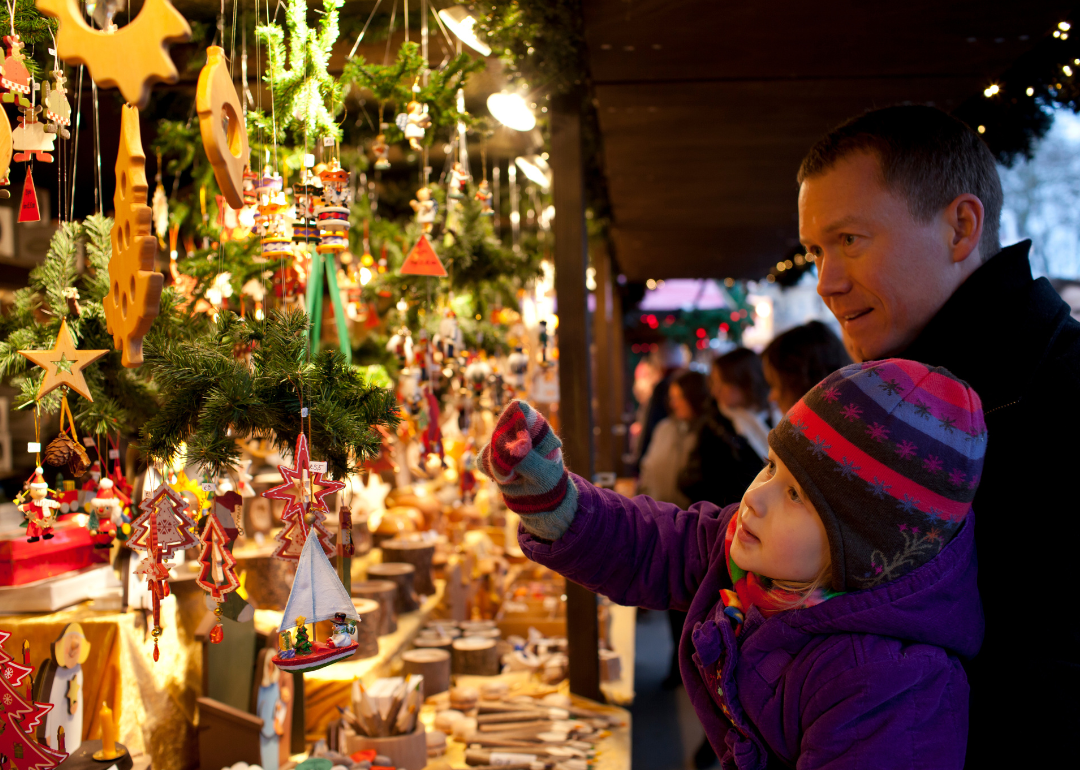 The Winter Wonderland market runs in Hyde Park, London for six weeks each year, from mid-November to early January. 2022 marks the festival’s 15th anniversary. Revealers can enjoy everything from amusement park-style rides to food stalls to boutique shopping. 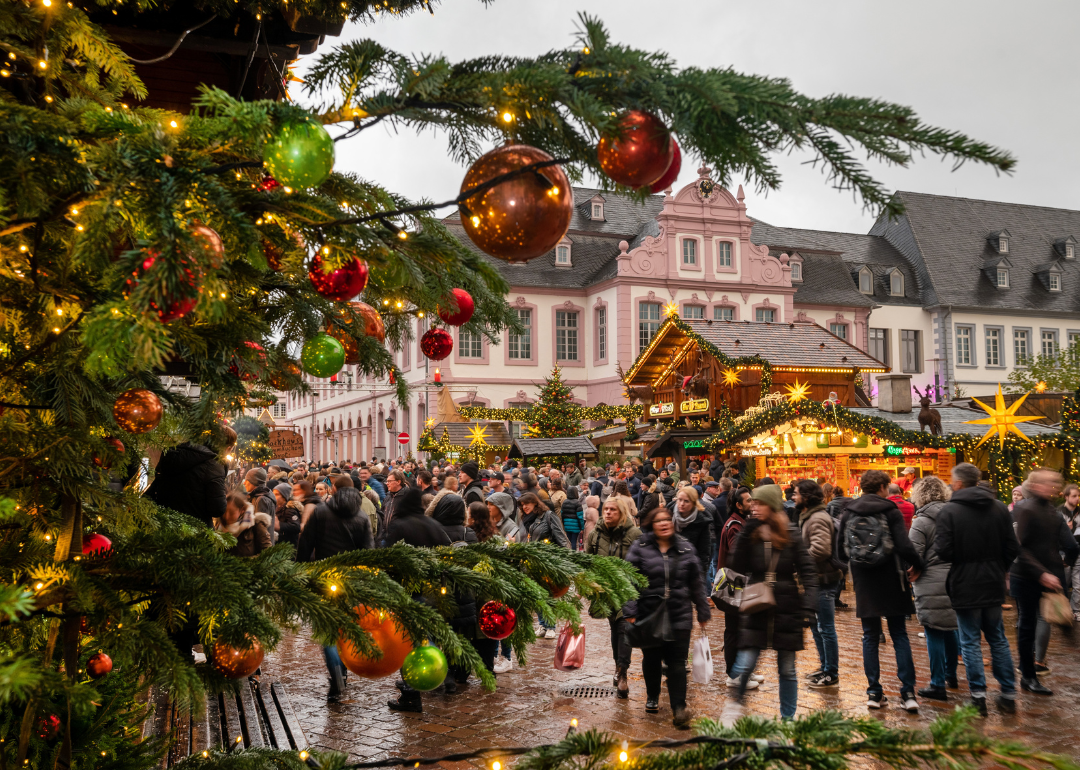 Arranged in front of the Trier Cathedral, Trier’s Christmas market has an old-school feel to it. Visitors describe the festival, with its world-renowned mulled wine and historic puppet theater, as “romantic and wonderful.” 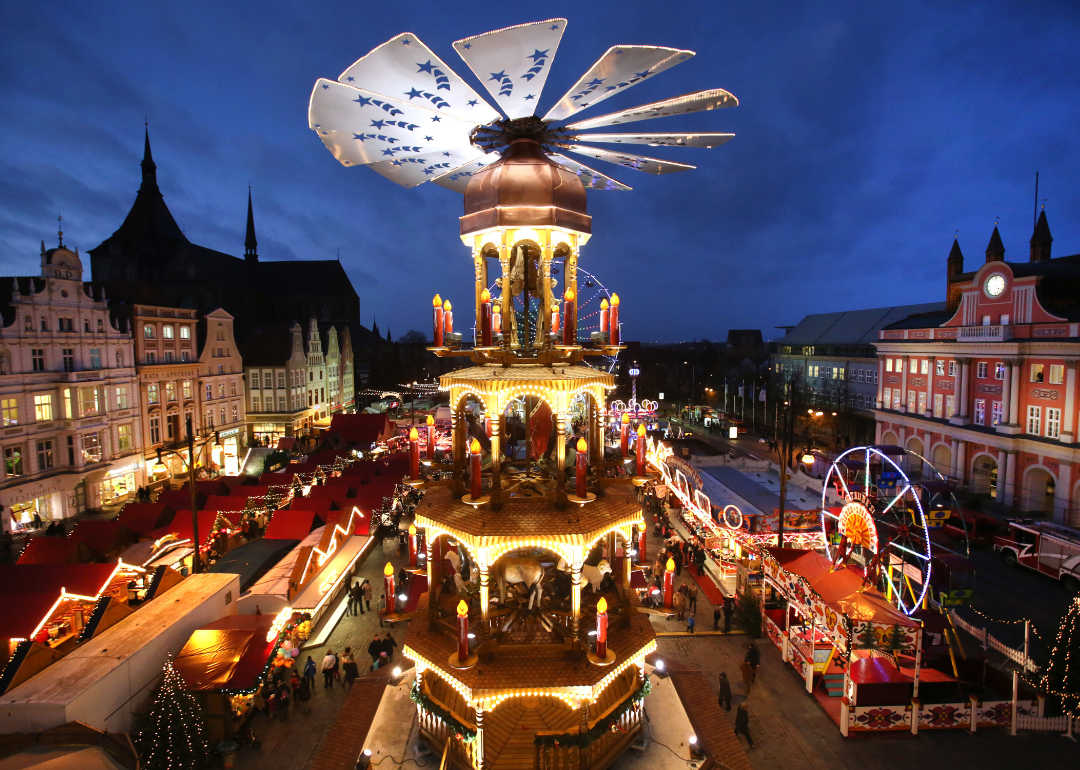 Arguably one of the biggest Christmas markets in Northern Germany, Rostock’s festival has run every year since the Middle Ages. Today, the festival has over 3 kilometers of stands with vendors from at least five countries. 1.5 million guests shop at the market each year. 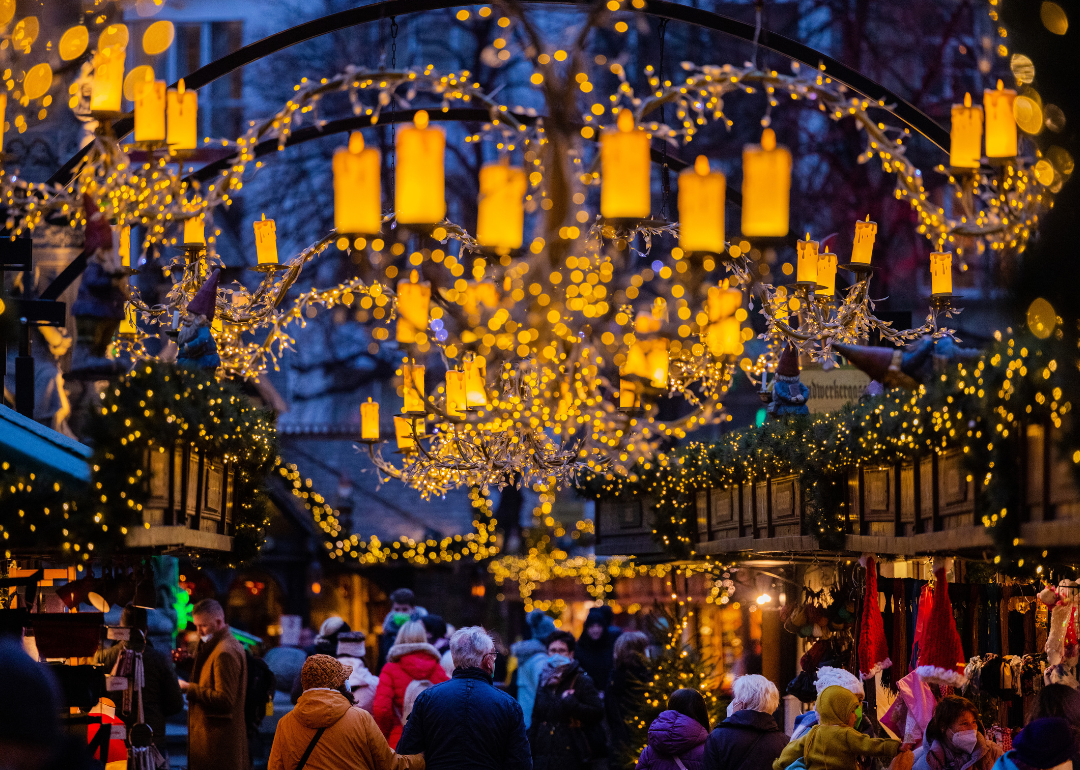 The Christmas Market at Cologne’s Alter Markt is geared towards families. Complete with a carousel, Santa’s grotto, a puppet theater, and toy stalls, the festival is rumored to be set up by Heinzelmännchen gnomes each year. 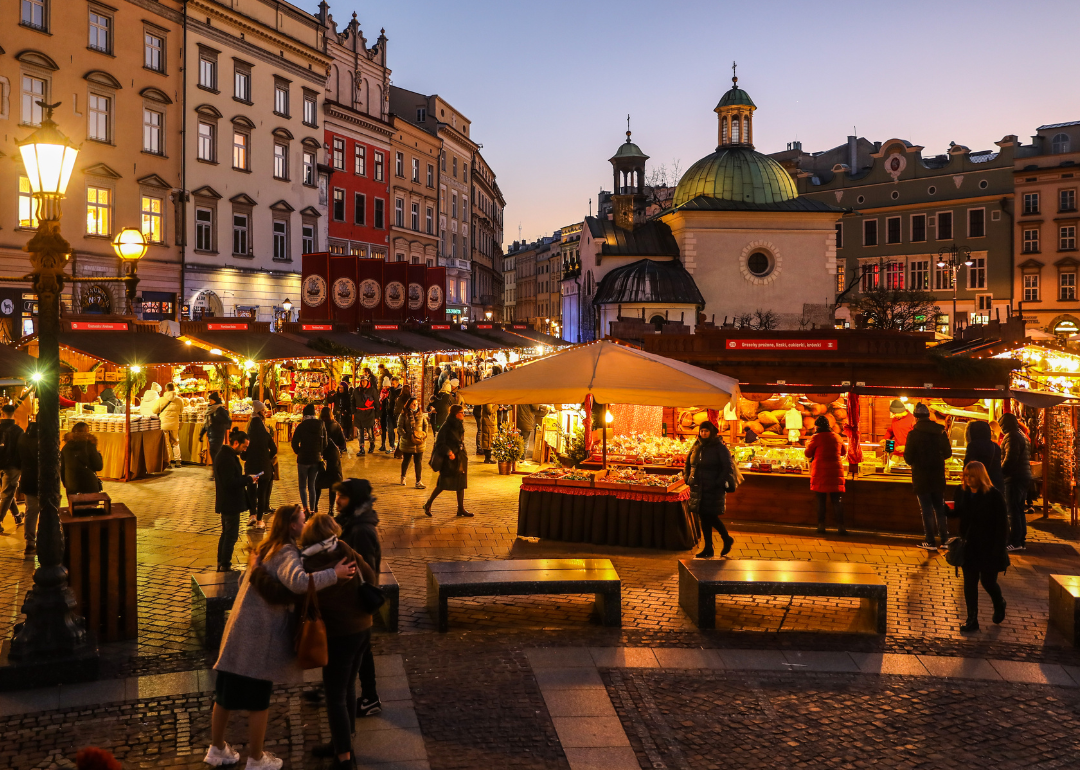 Traditional wooden stalls line the streets of Old Town during Krakow’s annual Christmas market. The bazaar runs from the end of November through Epiphany each year. 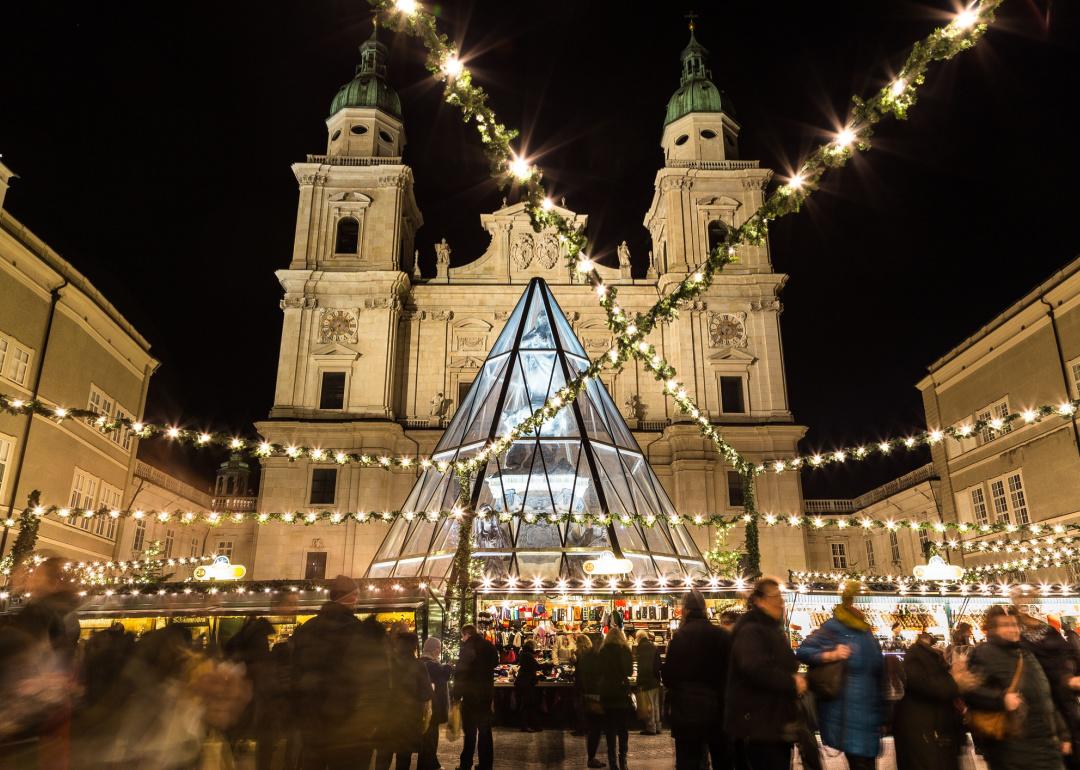 Another one of the oldest advent markets in the world, Salzburg’s Christmas bazaar dates back to the 15th century. The festival has been run in its modern form (from the first week of advent through New Year’s Day) since 1974 but still retains plenty of its older traditions.

You may also like: Popular board games released the year you were born 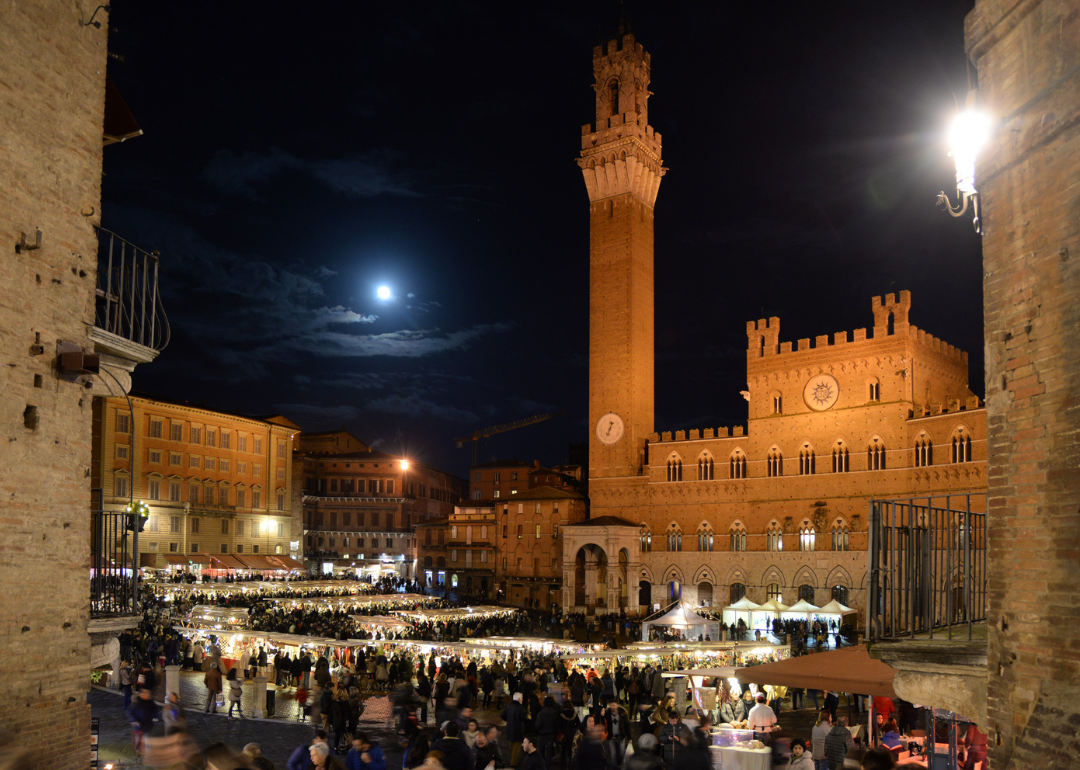 In the historic city center of Siena is a medieval-style Christmas market that pops up in December. Over 150 bazaar stalls sell handmade holiday decorations and wares, as well as food and wine. 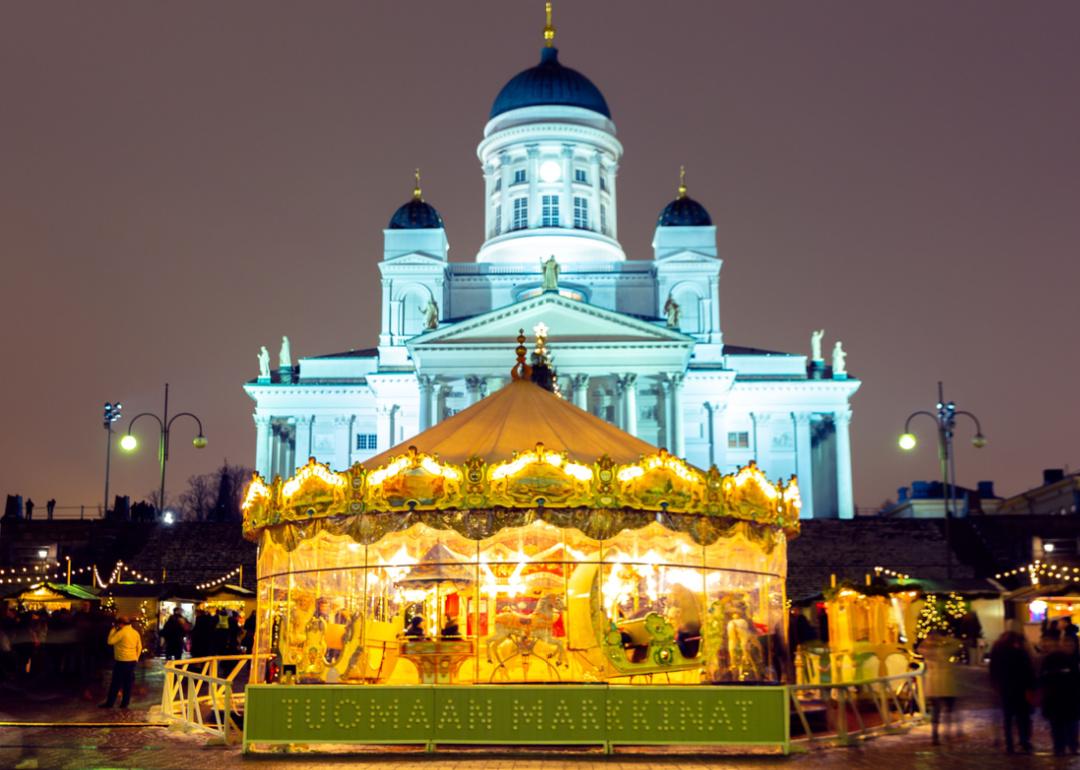 Helsinki’s oldest and largest Christmas market, this bazaar closes before the big day (unlike many of the others on this list). Attendees can peruse nearly 90 vendor stalls under the shadow of the city’s most historic buildings. 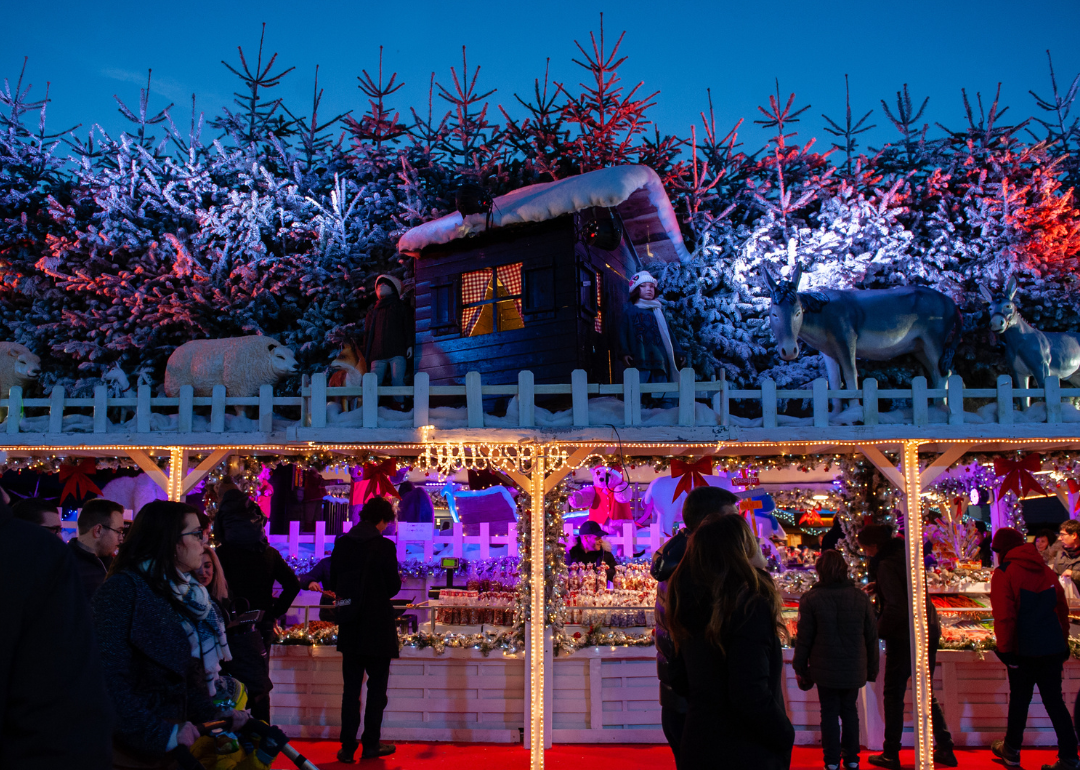 While many Christmas markets content themselves with shopping and food stalls, the Brussels holiday fair has considerably more to offer. Some of the festival’s biggest attractions are a sound and light show surrounding the centerpiece Christmas tree, an ice skating rink, a Ferris wheel, merry-go-rounds, and a curling rink. 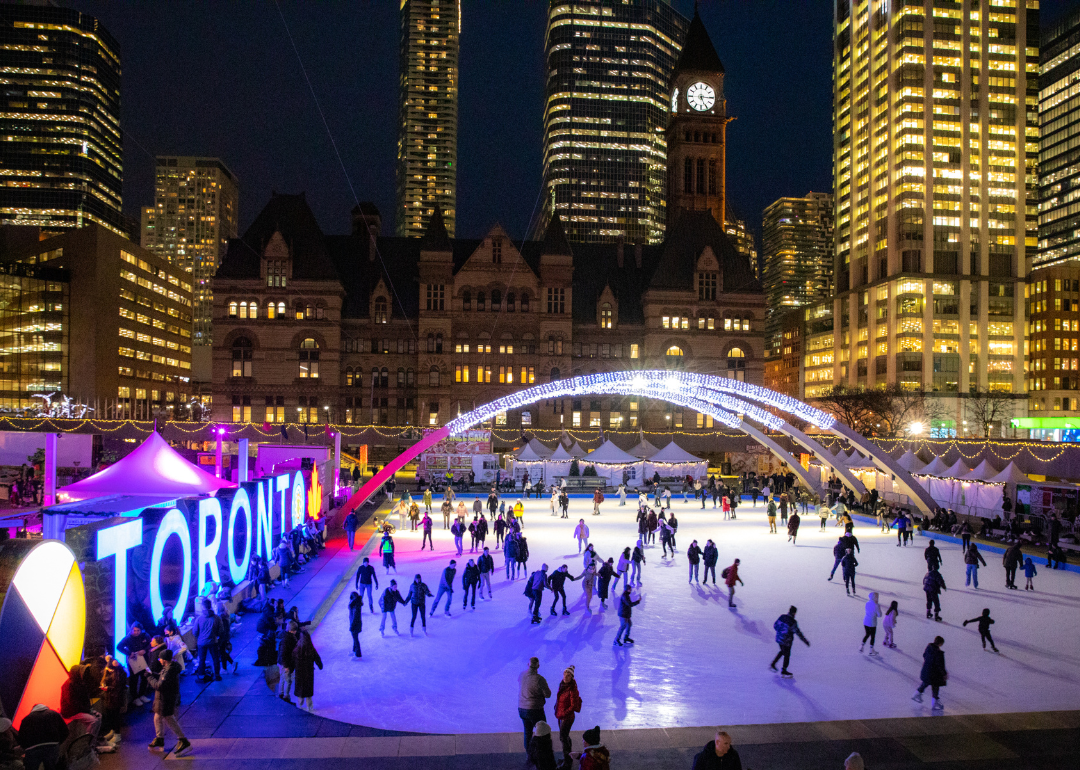 Fodor’s Travel Guide has ranked Toronto’s Christmas market, located in its historic distillery district, as one of the best in the world. Alongside more typical offerings, 350 live music performances are scheduled for the 2022 season.

Union Square’s holiday market opened up in 1993 and is modeled loosely on Germany’s Christkindlmarkts. Each year millions of visitors stop by to peruse more than 150 stands, whose vendors are all interviewed by organizers before being awarded a highly sought-after slot.

You may also like: Famous authors who only wrote one novel 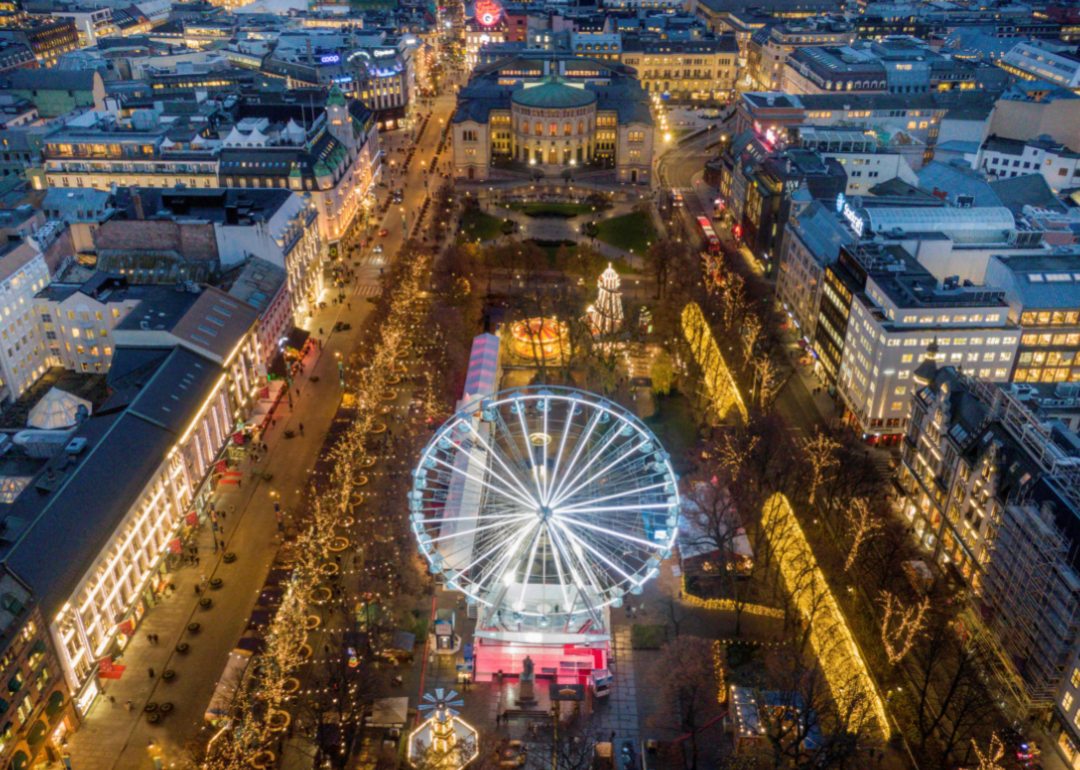 The largest Christmas market in Norway is seen from above in this picture from 2021. The market is held between Norwegian’s parliament building and the National Theater. 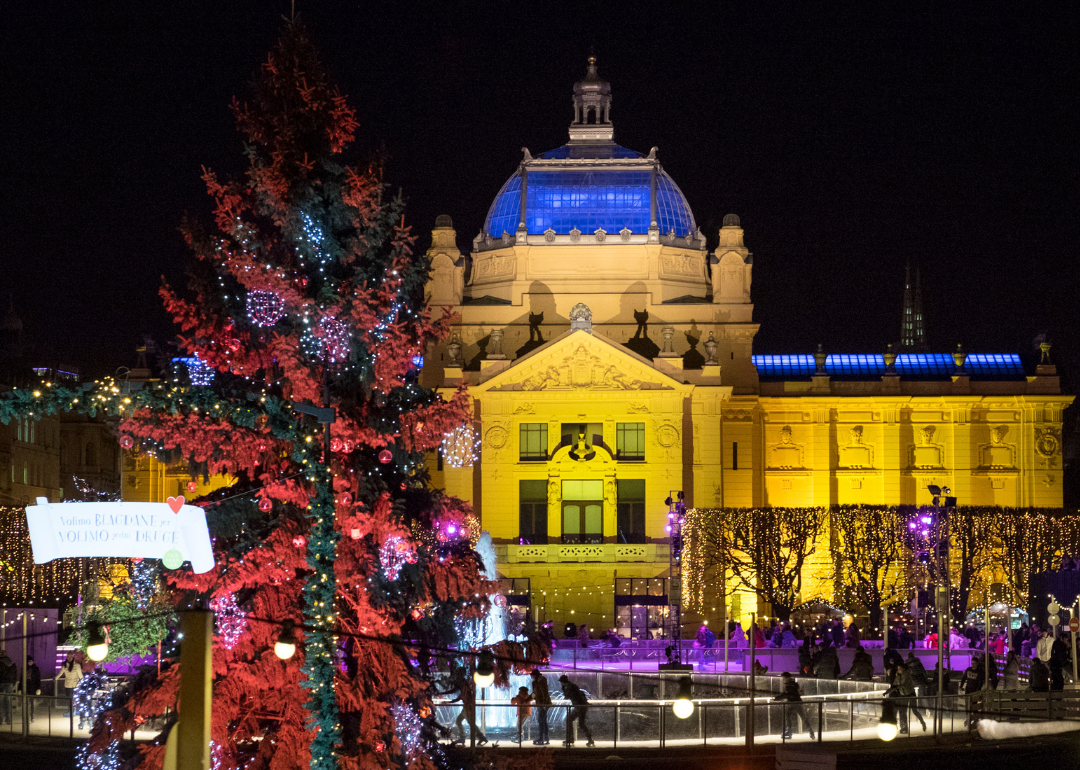 Zagreb, Croatia, is home to more than 25 Christmas markets, making it feel like the whole city has gotten in the holiday spirit. Start with the one with an ice skating rink in King Tomislav Square and work your way throughout. 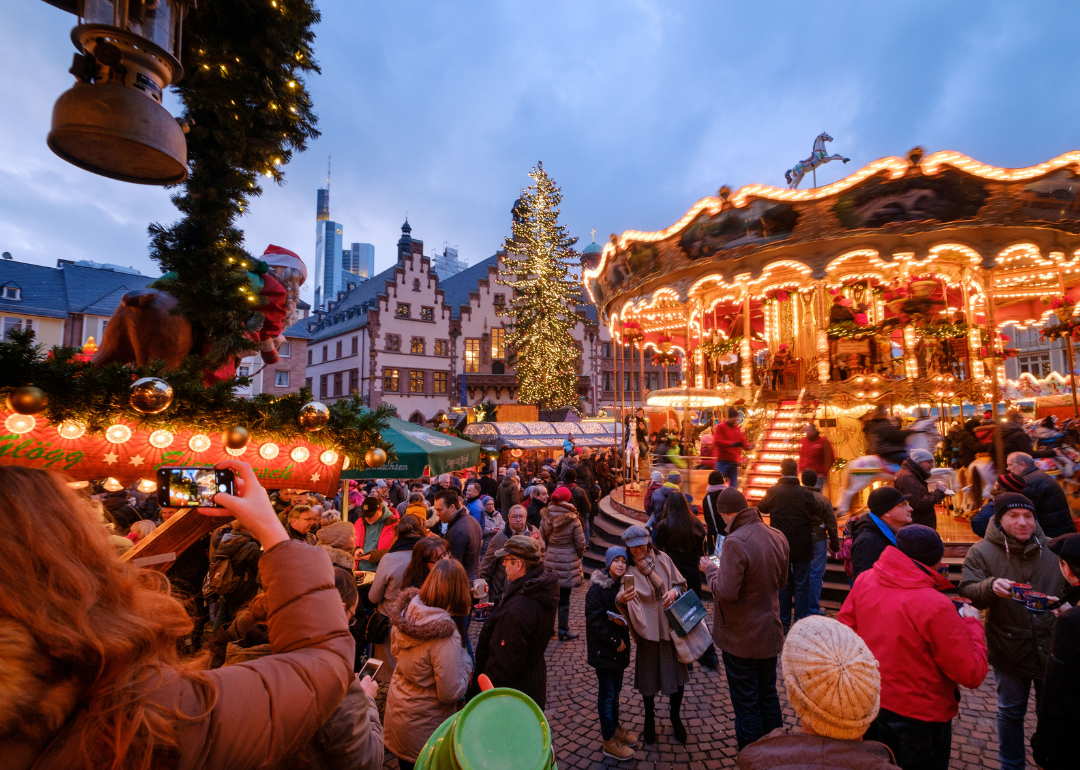 The Frankfurt Christmas market attracts up to 3 million visitors a year and takes place at the Römerberg and the Paulsplatz. More than 100 booths offer mulled wine, winter clothing, and children’s rides. 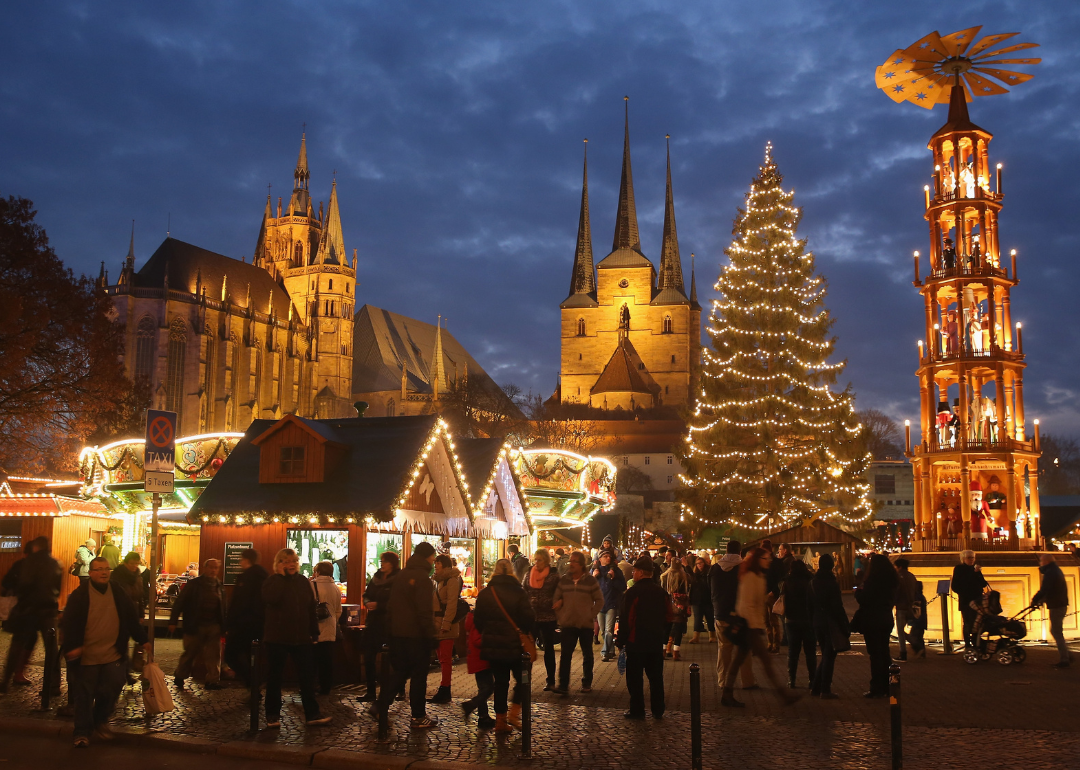 The Erfurt Christmas market, set against the backdrop of St. Mary’s Cathedral and the Church of St. Severus, gets more than 2 million visitors each year. With more than 200 stalls, the bazaar is also one of the country’s largest. 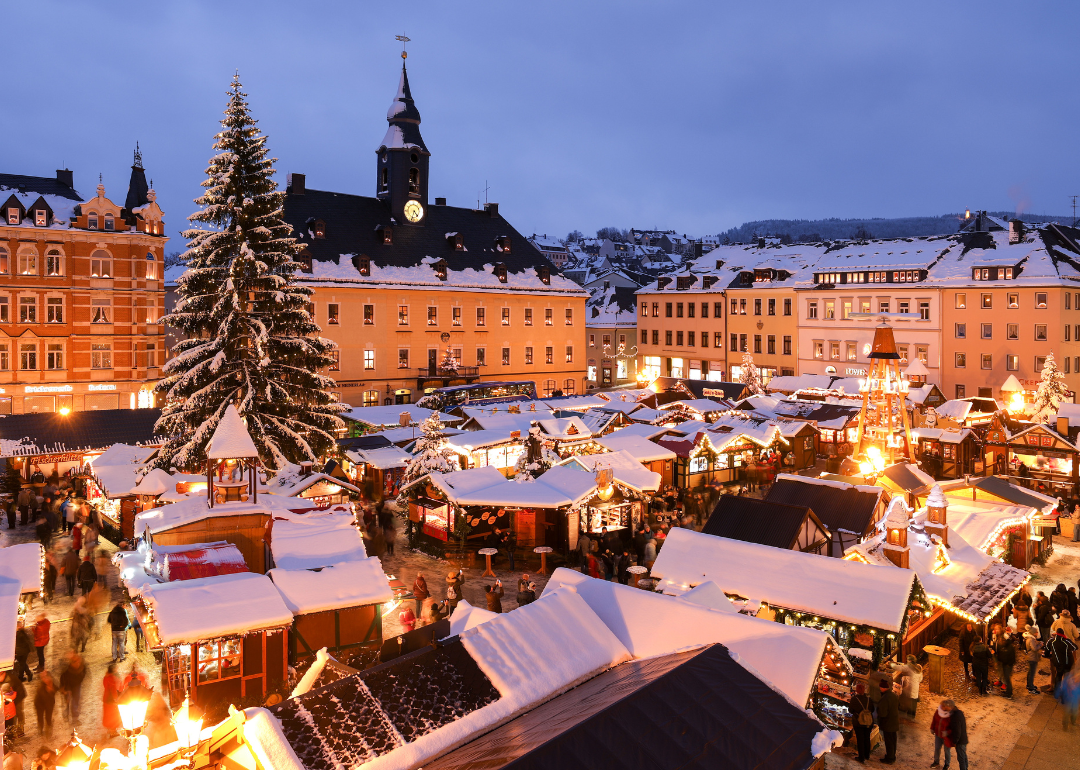 The Annaberg-Buchholz Christmas market is set against the backdrop of St. Anne’s Church in the historic district and becomes a winter wonderland complete with an oversized Christmas pyramid, a giant Christmas tree, and elves. The pyramid, a unique feature, shows the story of the city, the local mining history, and Christmas.

You may also like: 25 American folk heroes and the stories behind them