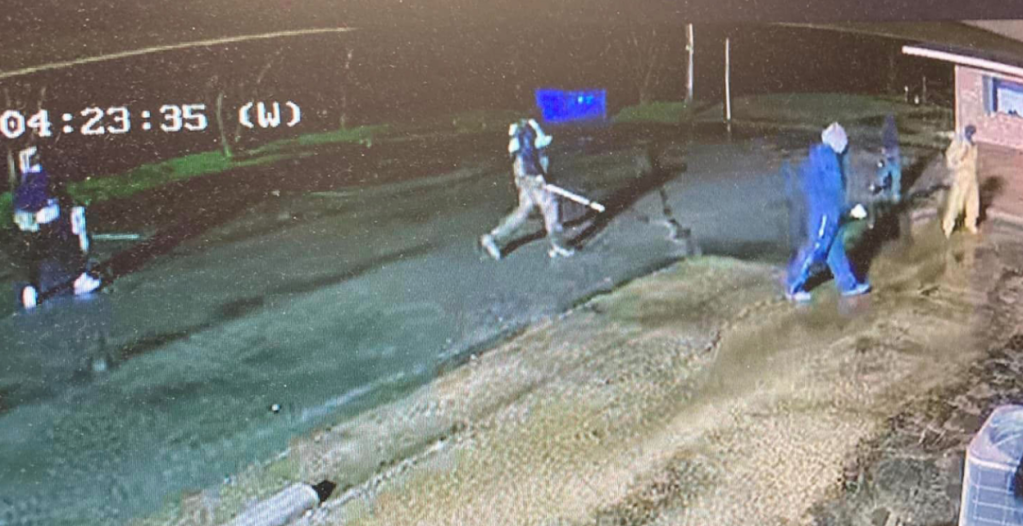 The individuals in this security camera photo are suspected of burglarizing Helping Hand Family Pharmacy on U.S. 61 North in Warren County. (Photo Submitted)

The Warren County Sherrif is asking for help identifying five masked individuals who broke into a Mississippi pharmacy Tuesday morning.

According to the sheriff’s office, five masked suspects broke into the Helping Hand Family Pharmacy in the 1600 block of U.S. 61 North and committed the burglary at around 4:20 a.m. Deputies reportedly responded within minutes.

The suspects were last seen on video headed north on U.S. 61 on foot. A vehicle parked on the side of the highway in the southbound lane before Culkin Bridge between 4 a.m. and 4:18 a.m. is thought to have been used by the suspects. One suspect appeared to be wearing a reflective blue police vest.

The sheriff’s office is asking citizens to notify them if they recall seeing the said vehicle or anyone matching the clothing in the security footage by contacting the investigations department at 601-636-1761. Also, anyone with information on the suspects may call Crime Stoppers of Central Mississippi at 601-355-TIPS and may be eligible for a cash reward.