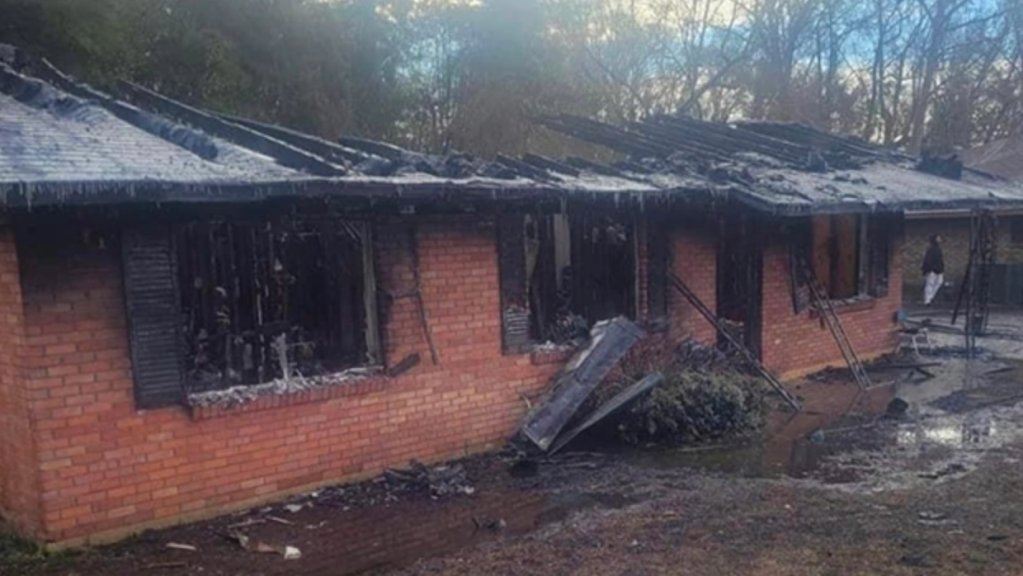 This home at 213 George F. West St., Natchez, was a complete loss after burning early Christmas Eve morning. No one was home at the time of the fire. (Submitted)

“It was pretty involved when we got there,” Arrington said. “We do not yet know the cause of the fire. That is still under investigation.”

No one was in the home at the time of the fire and no one was injured in the blaze, he said.

Michael Jackson, who has worked for the city’s Public Works Department for 16 years, lived in the home. Jackson was also a long-time carrier for The Natchez Democrat and still operates as an independent contractor for the newspaper, delivering newspapers to stores and racks in Louisiana. He was unavailable for comment this evening.

Natchez Mayor Dan Gibson has established a donation box to help Jackson, who lost everything in the fire, Gibson said. The box is located at Station 1, 800 Main St.

“We are accepting donations of food, clothing and household items,” Arrington said.

“Michael Jackson is the best guy. He is quiet and hard working. We are so sad that this happened to him today of all days. He has lived in this house for more than 30 years and lost everything.

Gibson also established a GoFundMe account for Jackson. You can find that site by going to https://www.gofundme.com/f/thejacksonhome.