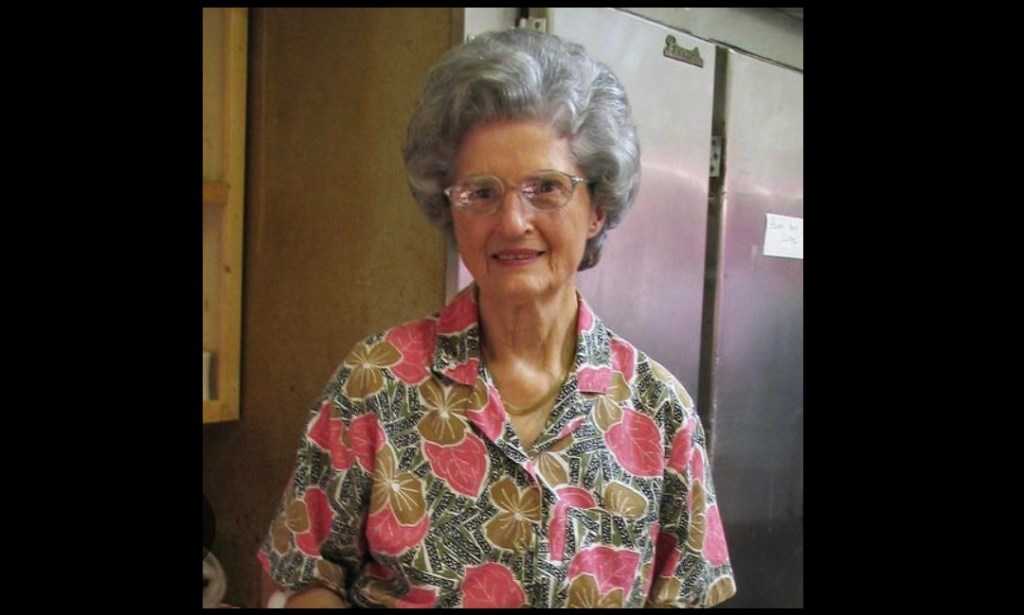 A Mississippi Delta icon is remembered for her seven decades of serving fantastic food and making everyone feel like family at one of Mississippi’s most famous restaurants.

Florence Strazi Signa, known by thousands as “Aunt Flo” for her time at the original Doe’s Eat Place, died on Christmas Day, according to a social media post by the family.

“Our beloved Aunt Florence went to fly with the angels this morning on our Savior’s birthday,” the post reads. “Jesus waited on His special day to take her to live with Him in Heaven!”

According to the post, Signa stumbled into the 70-plus-year career accidentally. She was on her first date with Frank “Jughead” Signa, brother of “Big Doe,” when she had to jump in to help the kitchen.

“Doe’s was shorthanded that night, and Uncle Jug had to shuck oysters with Aunt Florence making salads,” the posted reflected. “She never missed an opportunity to tell the story of how she couldn’t concentrate because she thought Frank was so handsome. She couldn’t take her eyes off him.”

The pair later married, leading to years of welcoming everyone from locals to international celebrities to the restaurant.

“It didn’t matter if you were a famous politician, a glamorous movie star, or an ordinary person, she greeted every customer with a smile and a hug. If you came to Doe’s when Aunt Florence was working, you left there part of the Doe’s family,” the announcement read.

“She was a testament to living a life of Christ and His church. A dedicated wife, mother, grandmother, aunt, and friend, Aunt Florence’s legacy will live every day inside these walls. Not a day will go by that we won’t miss her.”

Memorial services will be held Thursday, December 29. Visitation will begin at 10 a.m., followed by a Funeral Mass at noon at Saint Joseph’s Catholic Church in Greenville. A graveside service will follow at Greenville Cemetery before a reception at the Jewish Temple.

The family is asking for donations to be make to St. Jude Children’s Research Hospital or a charity of one’s choice in lieu of flowers.