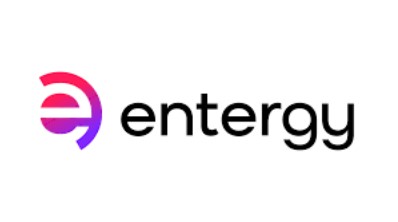 “We believe Friday’s FERC orders are a positive step toward resolving a number of long-standing issues raised by our retail regulators. While we disagree with some elements of FERC’s findings, in particular its ruling on the sale leaseback claim, we are pleased that FERC’s remedy results in no additional refunds due to customers beyond those already provided in 2021 on the uncertain tax positions taken by SERI,” said Drew Marsh, Entergy’s chief executive officer. “SERI has consistently maintained that its tax strategy was in the best interest of customers and ultimately provided them with millions of dollars in savings. We are committed to working with our regulators to resolve outstanding FERC issues for the benefit of our customers.”

On the sale leaseback case, the order calls for SERI to refund approximately $149 million, including interest, resulting from the disallowance of $17 million in annual lease payments from 2015 through 2022. Taking into account SERI’s previous settlement with the Mississippi Public Service Commission, the total sale leaseback refund amount is $89 million. The order also states that SERI can no longer collect $17 million in annual lease payments on a prospective basis. Net of the Entergy Mississippi settlement, the prospective exclusion would be approximately $10 million annually (pre-tax). SERI disagrees with this ruling and will seek rehearing. This sale leaseback renewal was entered into to lower costs to customers, which is a benefit that FERC previously recognized. Customers also continue to receive the power produced by the leased portion of the plant.

Regarding the financial impacts of these FERC orders, assuming there are no changes to either order upon rehearing, Entergy affirms its adjusted EPS guidance for 2022 and adjusted EPS outlooks for 2023-2025.

Grand Gulf is the principal asset owned by SERI, and it is the largest single-unit nuclear reactor in the United States, employing 675 site workers and providing power to Entergy operating company customers in Arkansas, Louisiana and Mississippi.

“The dedicated men and women who work at Grand Gulf have not been distracted by these ongoing proceedings. Their primary focus has been, and continues to be, the safe and reliable operations of the facility. Grand Gulf is a critical component of Entergy’s overall generation fleet and provides clean, affordable, carbon-free energy for our customers,” said Marsh. “I appreciate the team’s continued focus on ensuring that Grand Gulf continues to deliver clean, affordable, and reliable power to our customers.”