22 of the biggest scientific discoveries of 2022 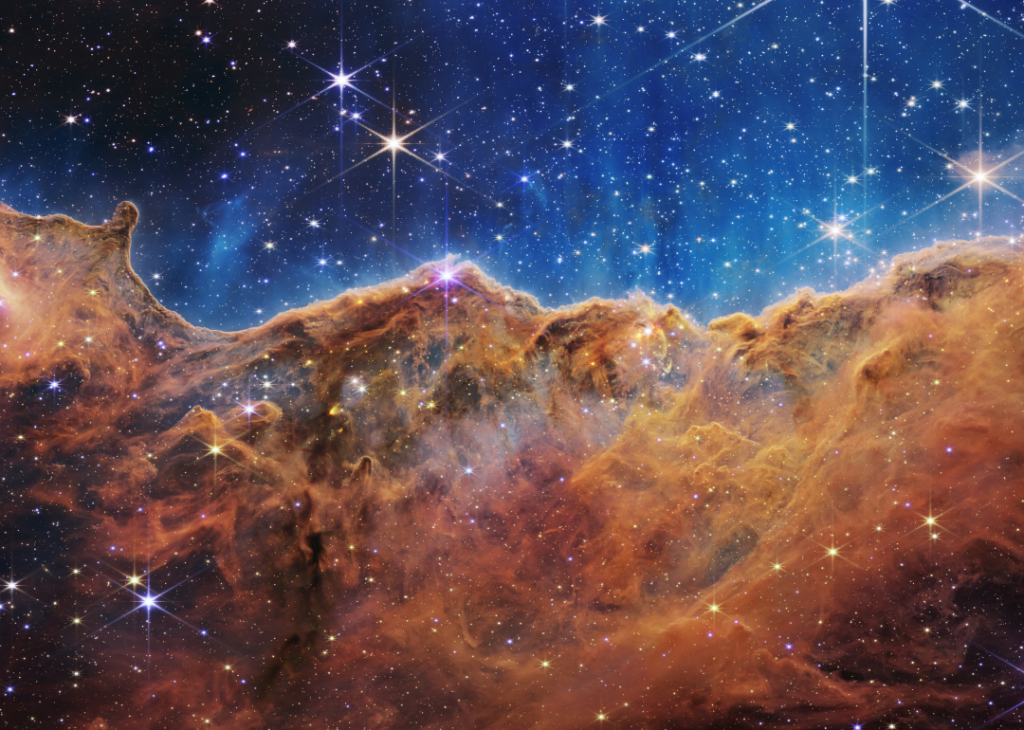 22 of the biggest scientific discoveries of 2022

The year 2022 was an exciting one for science. NASA’s James Webb Space Telescope yielded two major breakthroughs: new infrared images of the universe and the first evidence of carbon dioxide outside of the solar system. The ongoing pandemic spurred the innovative development of a nasal vaccine for the latest variants of the coronavirus and a renewed urgency in finding a universal vaccine for the flu.

What’s more, many feats not entirely new to the past year received either validation from the scientific community, such as the FDA’s first approval of lab-grown or “cultivated” meat, or represented signs of important progress in a specific field, as evidenced by the historic procedure that provided a human man with a heart transplant from a pig, marking a new level of possibility in xenotransplantation. And as to the enrichment of the collective knowledge about the development of the human race, human footprints dating back to the ice age were discovered in Utah.

To outline some of the most impressive scientific gains over the past year, Stacker consulted scientific journals and the latest news reports to compile a list of 22 major scientific discoveries and innovations that happened in 2022. The fields outlined here range from biology to geology, engineering to paleontology, and genetics to artificial intelligence, among others.

Read on to learn more about some of this year’s most significant discoveries and what they mean for the future of health care, technology, climate, and more.

You may also like: What 60 years of data tell us about our garbage habits 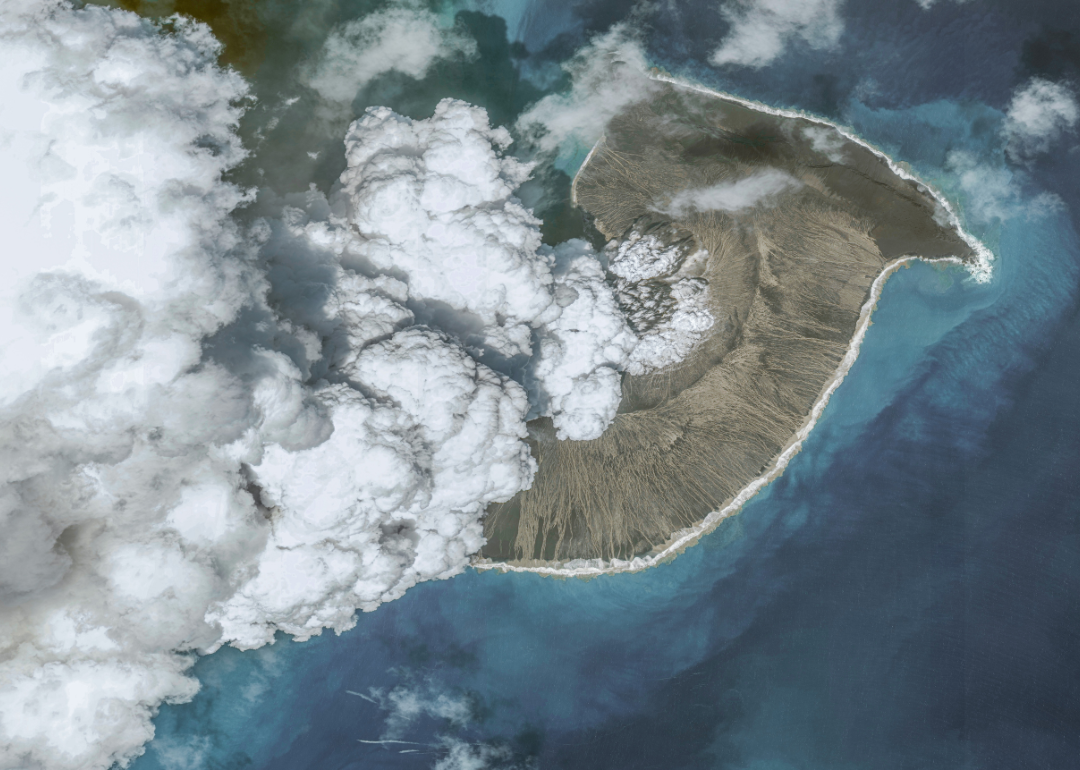 Tonga’s January volcano was the biggest eruption ever recorded

On Jan. 15, the Hunga Tonga-Hunga Ha’apai volcano erupted underwater in the South Pacific Ocean. Volcanic eruptions don’t normally send noticeable amounts of water into the atmosphere, but this one sent a whopping 146 teragrams into the stratosphere—enough to temporarily warm the Earth’s atmosphere and, according to NASA, fill “58,000 Olympic-size swimming pools.” 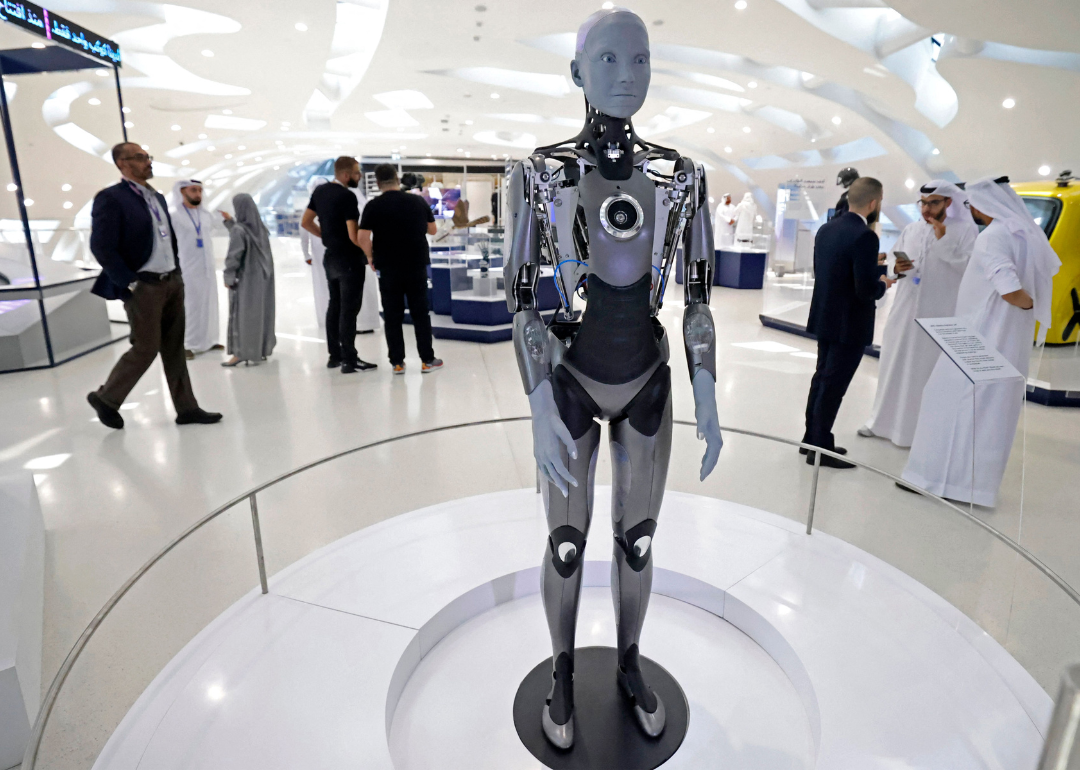 In January, Britain’s Engineered Arts introduced Ameca, a robot of unprecedented humanlike appearance. Complete with teeth, a gender-neutral body, and “eerily lifelike expressions,” Ameca can respond to questions and engage in conversation. Engineered Arts hopes it is just the first in a line of increasingly advanced humanoids the company plans to produce. 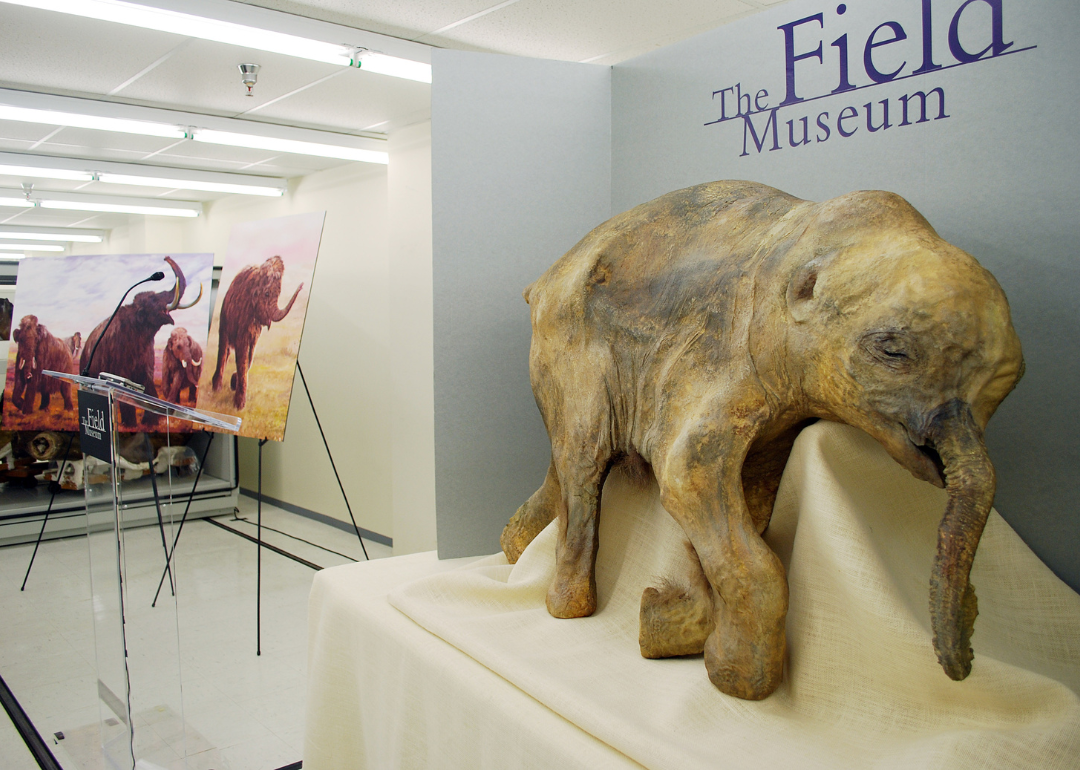 In July, paleontologists in the Yukon region of Canada were astonished to come upon the most complete remains of a woolly mammoth ever recorded. Whereas elsewhere only the bones of such creatures usually remain, this region’s icy temperatures acted as a freezer to preserve the muscle, skin, and DNA of Nun cho ga, as the female baby mammoth is known. It is surmised that the infant lived more than 30,000 years ago. 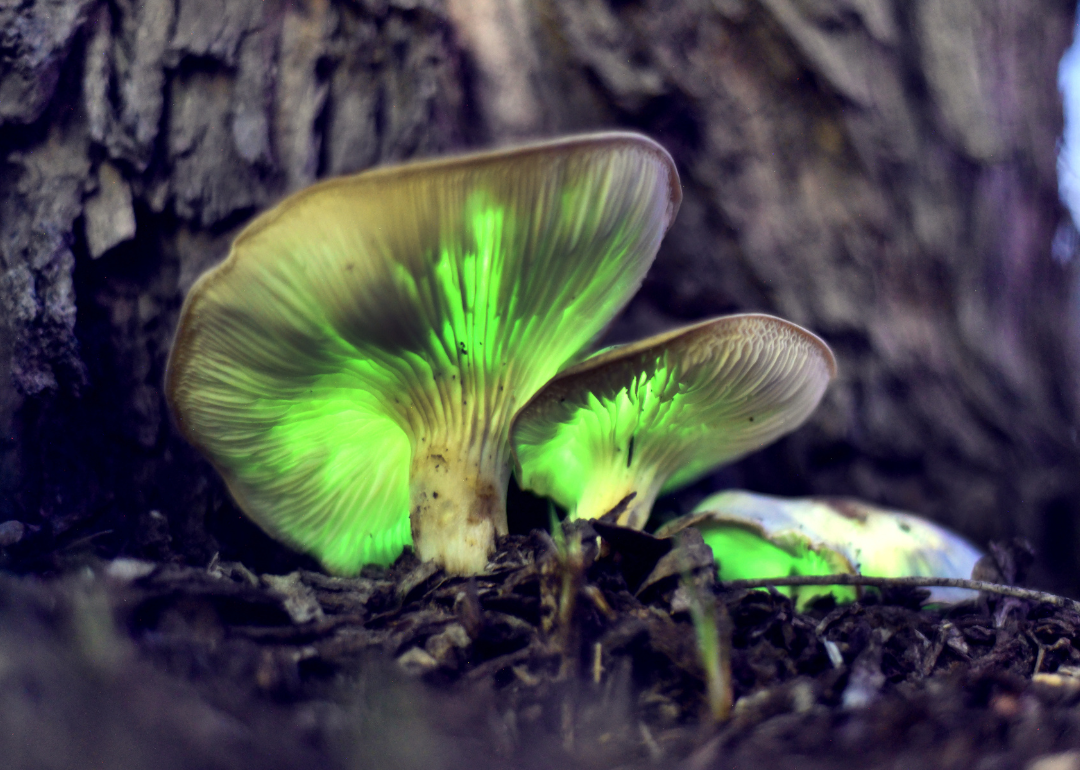 New studies have revealed that mushrooms—specifically ghost, caterpillar, split gill, and enoki fungi—can “talk” to each other by sending electrical impulses to each other through a web of underground mycelium similar to the human body’s nervous system. Though the mushrooms were found to utilize up to 50 “words” closely resembling human language, researchers are not yet ready to directly link their communication to human speech. It is hypothesized that the fungi transmit information to each other about injuries and food sources. 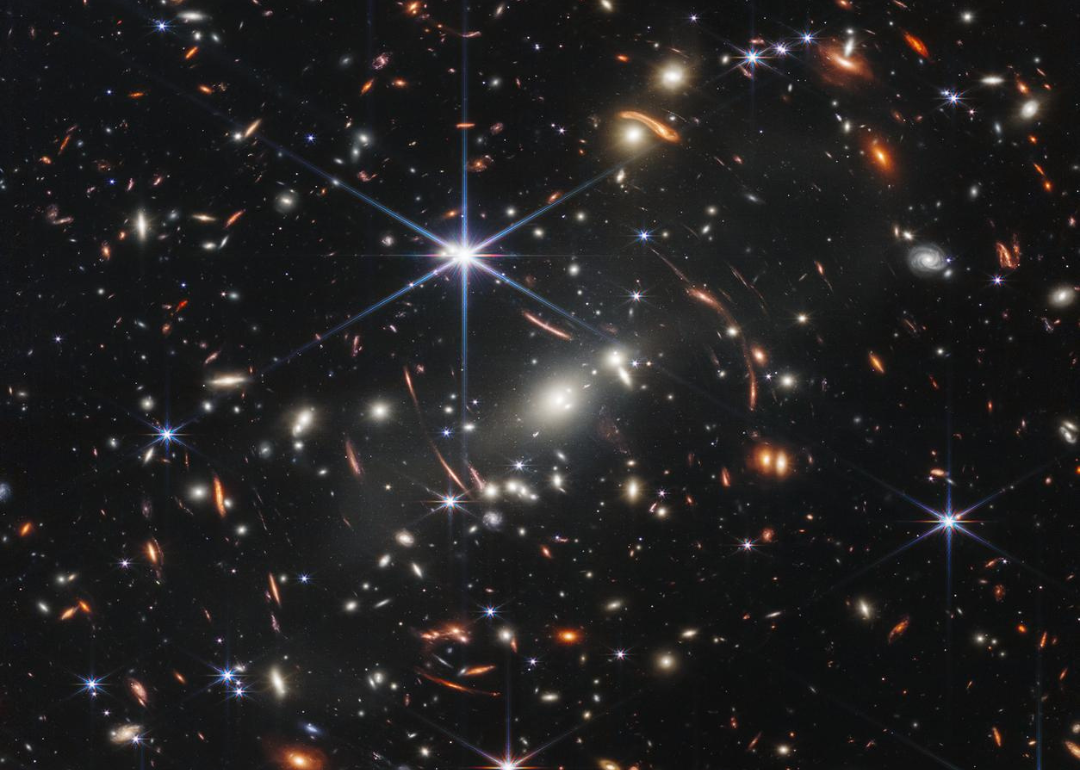 The world was entranced by images that emerged from the James Webb Space Telescope’s near-infrared camera, which boasts a mirror five times larger than that of its predecessor, the Hubble Space Telescope. A telescope’s mirror is like the pupil of a human eye in that it lets in light. So, the larger the mirror, the more light it can capture. Scenes of the Pillars of Creation, stars from the Big Bang era, and a previously unknown universe were captured using infrared light, which detects colors invisible to the human eye. The telescope’s visual haul will be crucial in helping scientists better understand the life cycles of stars and creating a more accurate map of the cosmos.

You may also like: Top 10 best and worst foods for the environment 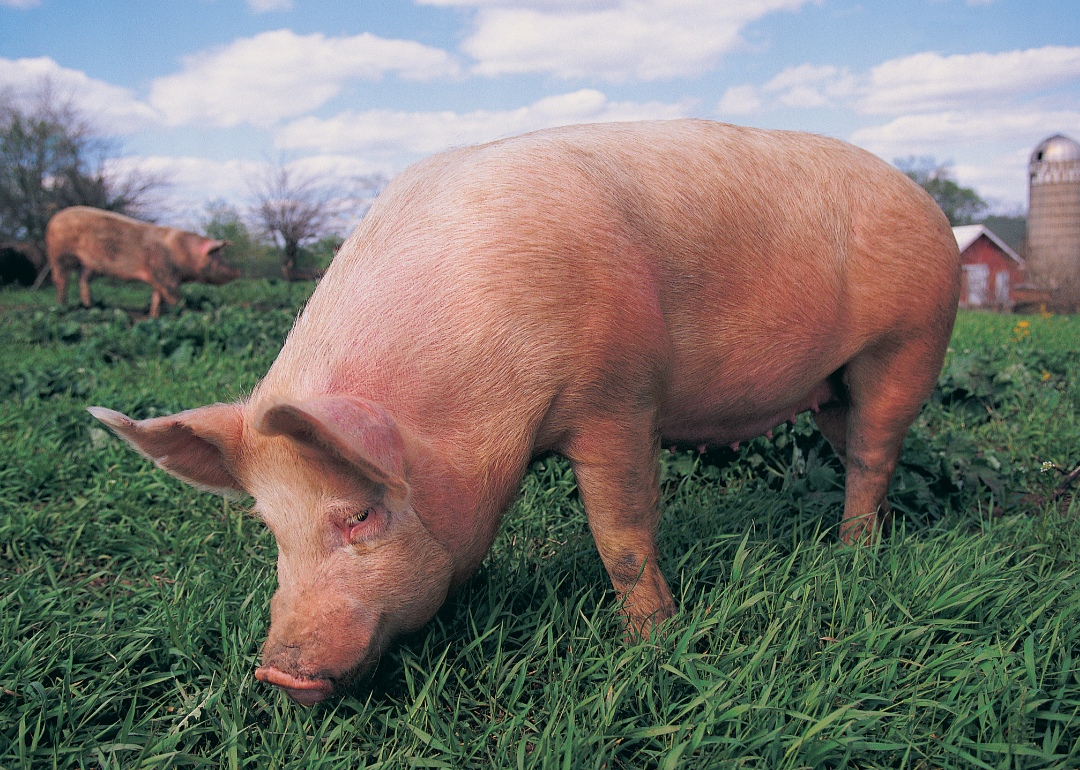 Researchers used the OrganEx, a specialized machine that enables them to pump blood and bodily fluids into an organism’s circulatory system, to breathe new life into the organs of a pig that had died an hour before. Every single major organ showed some level of not only response “but also exhibited signs of cellular repair.” The feat could be a major step toward developing innovative methods for human organ transplants. 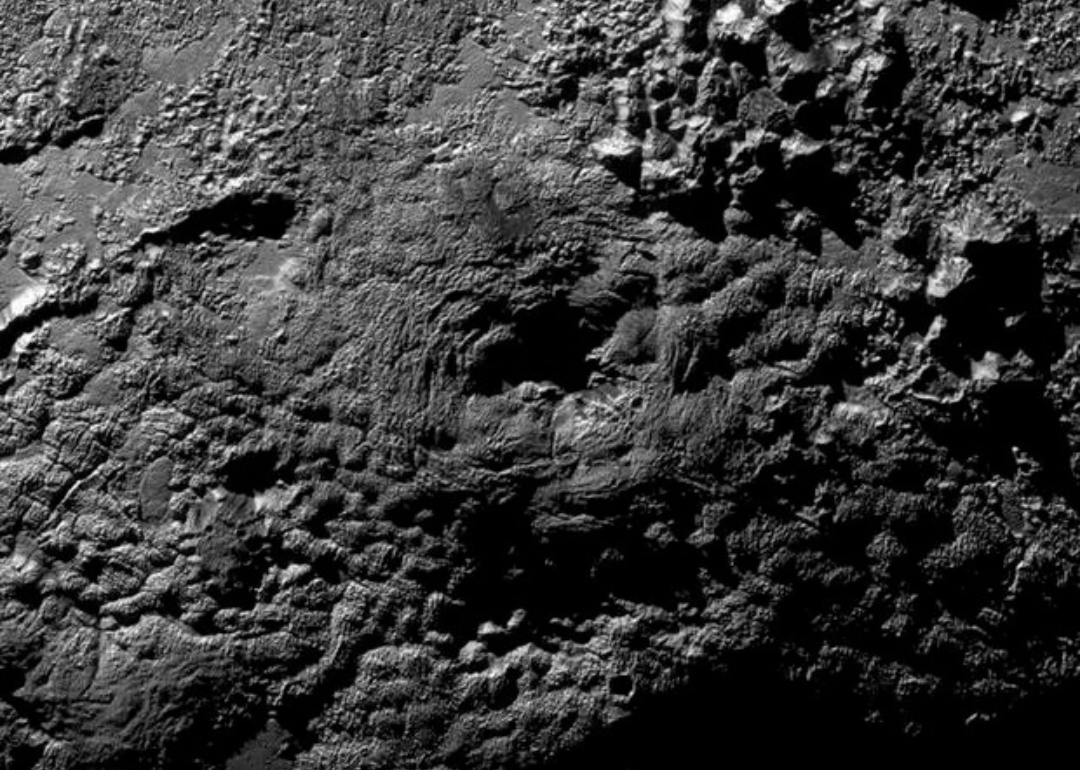 NASA’s New Horizons mission stumbled upon what could be two cryovolcanoes on the surface of Pluto. Cryovolcanoes develop from frozen ice, indicating that there may be a liquid ocean beneath the dwarf planet’s surface, as well as an internal heat source. Both are important stepping stones in establishing the plausibility of life on other planets. 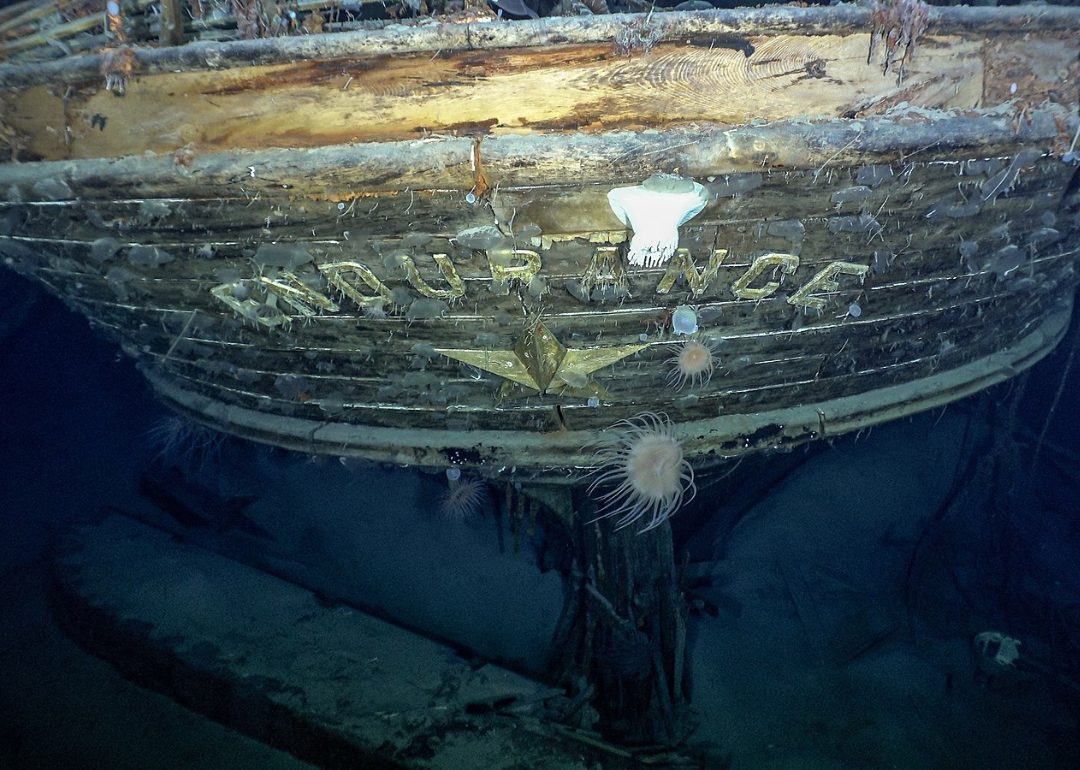 Recovery of Endurance ship off the coast of Antarctica

The discovery of the Endurance off the coast of Antarctica has been called “the world’s most challenging shipwreck search” due to the volatile conditions in “the worst portion of the worst sea in the world.” Remarkably, the ship was found in near-identical condition from when it sank in 1915, more than a century ago, thanks to the icy temperatures and lack of wood-eating organisms in the water. Due to the clarity of the Antarctic waters, researchers were able to photograph the wreck in astounding detail. 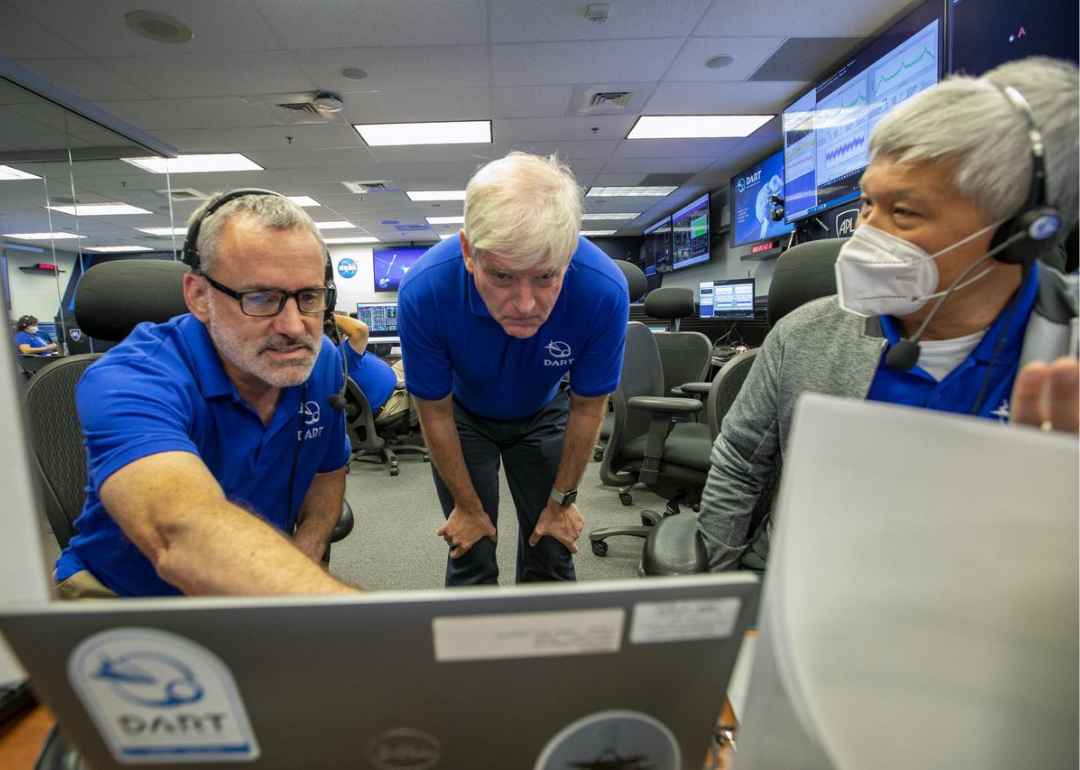 For the first time in history, a celestial object’s trajectory has been altered. NASA’s Double Asteroid Redirection Test, also known as DART, successfully collided with an asteroid dubbed Dimorphos in September, offering insight into both the ability of humans to develop potential Earth defense technologies and the properties of asteroids themselves. NASA administrator Bill Nelson spoke about why the agency conducted the mission, saying: “All of us have a responsibility to protect our home planet. After all, it’s the only one we have.” 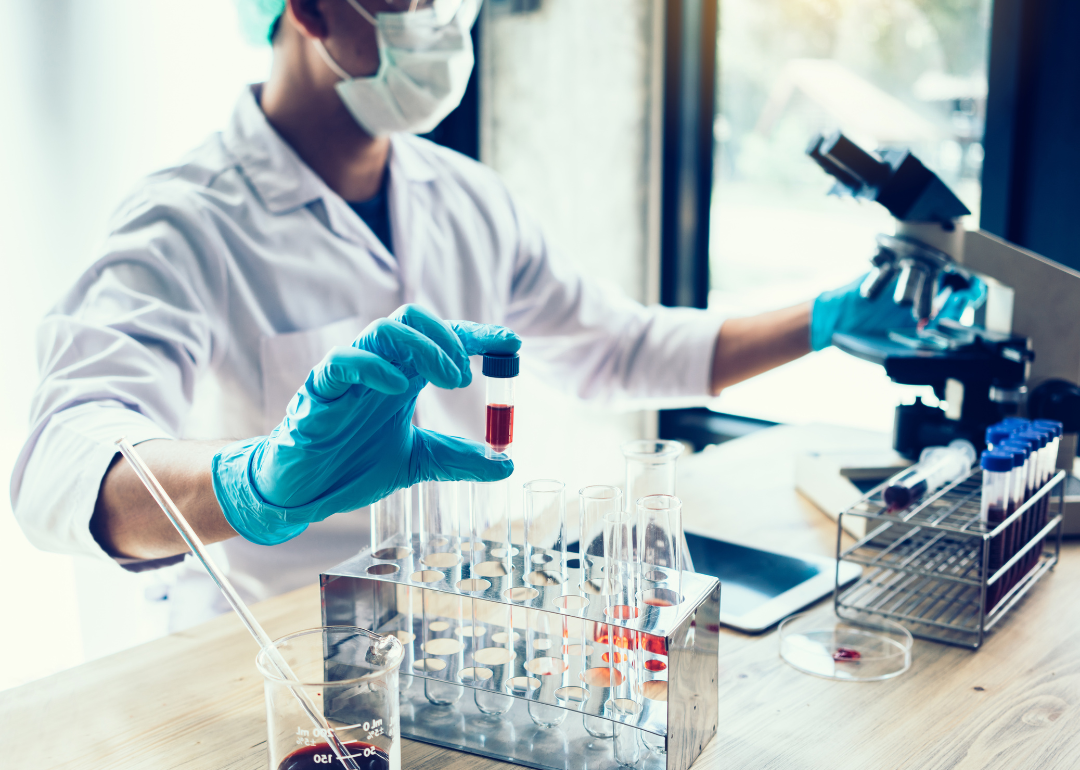 Building off of the foundation laid by the Human Genome Project, which sequenced 92% of the human genome two decades ago, the National Human Genome Research Institute successfully completed the final 8%. The complete human genome sequence is now available for geneticists to study, offering particular insights into how cells function and person-to-person variations in DNA.

You may also like: Major cities with the biggest projected water shortages by 2040 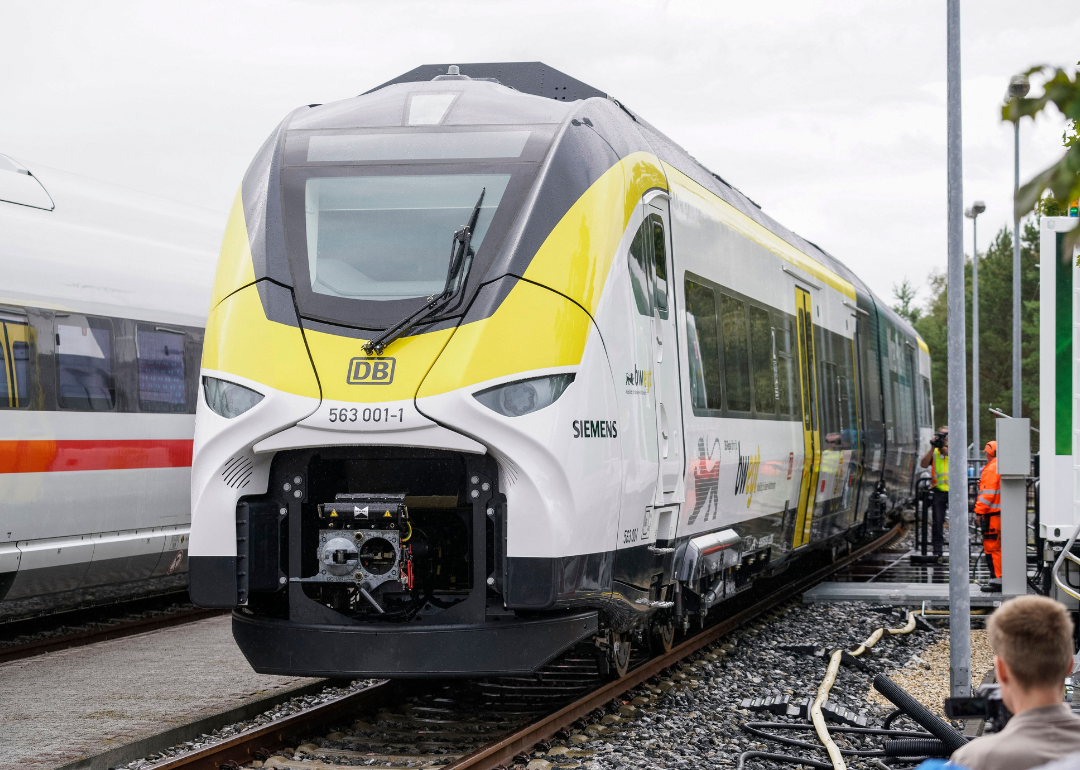 Germany introduced a fleet of zero-emission trains powered solely by hydrogen in northern Lower Saxony. By combining hydrogen and oxygen, the trains can run while only emitting steam and water. The trains are projected to eliminate 4,000 tons of carbon dioxide that would otherwise be released into the atmosphere each year. Oldest DNA ever found in Greenland

In early December, researchers working in Greenland’s northernmost region uncovered DNA samples from 2 million years ago, marking the oldest DNA ever discovered. The samples had remained preserved in situ by the region’s freezing temperatures. Never before have scientists been able to examine an ecosystem this far into the past, and it has proved full of surprises thus far—the area turns out to have been home to many species never known to have existed there, including reindeer and mastodons, as well as a dense forest. 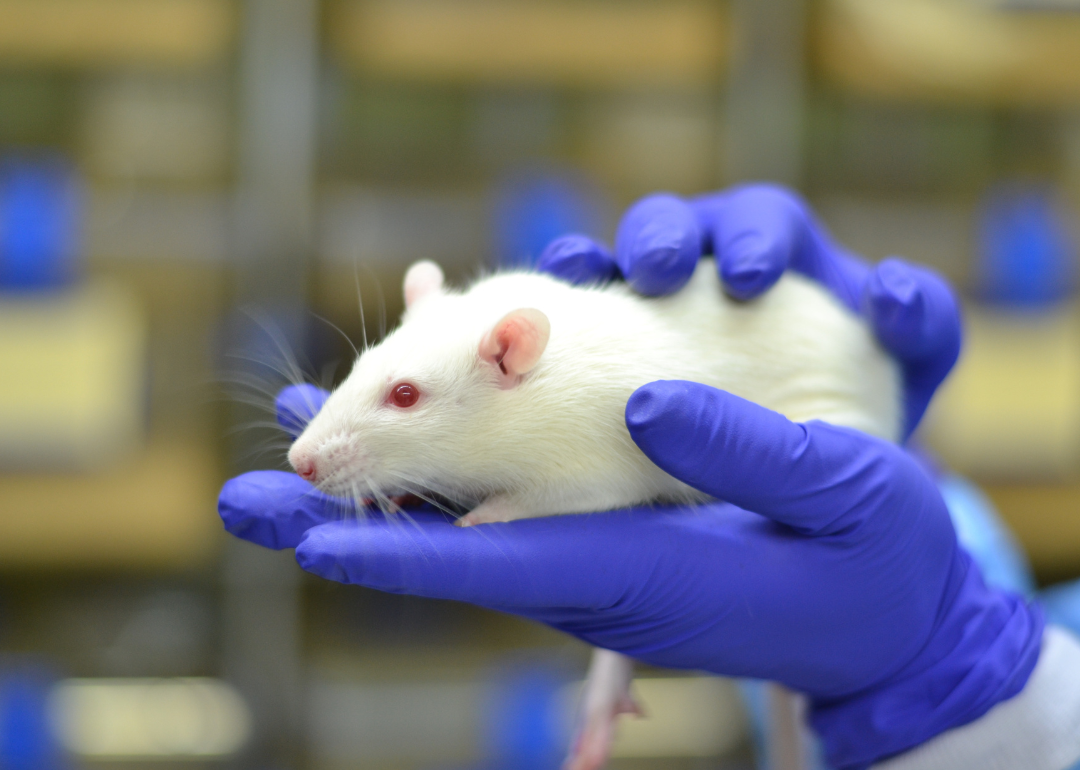 It has historically been very difficult to study neurological dysfunction in humans since living human brain neurons can be neither directly tampered with nor replicated fully in petri dishes. However, scientists have successfully transplanted and grown them in rats. Early-stage application demonstrated that the introduced human cells became nourished by the rat’s own biology and grew to cover one-third of its total brain area and function normally. The milestone presents a promising opportunity to study little-understood disorders such as schizophrenia and autism. 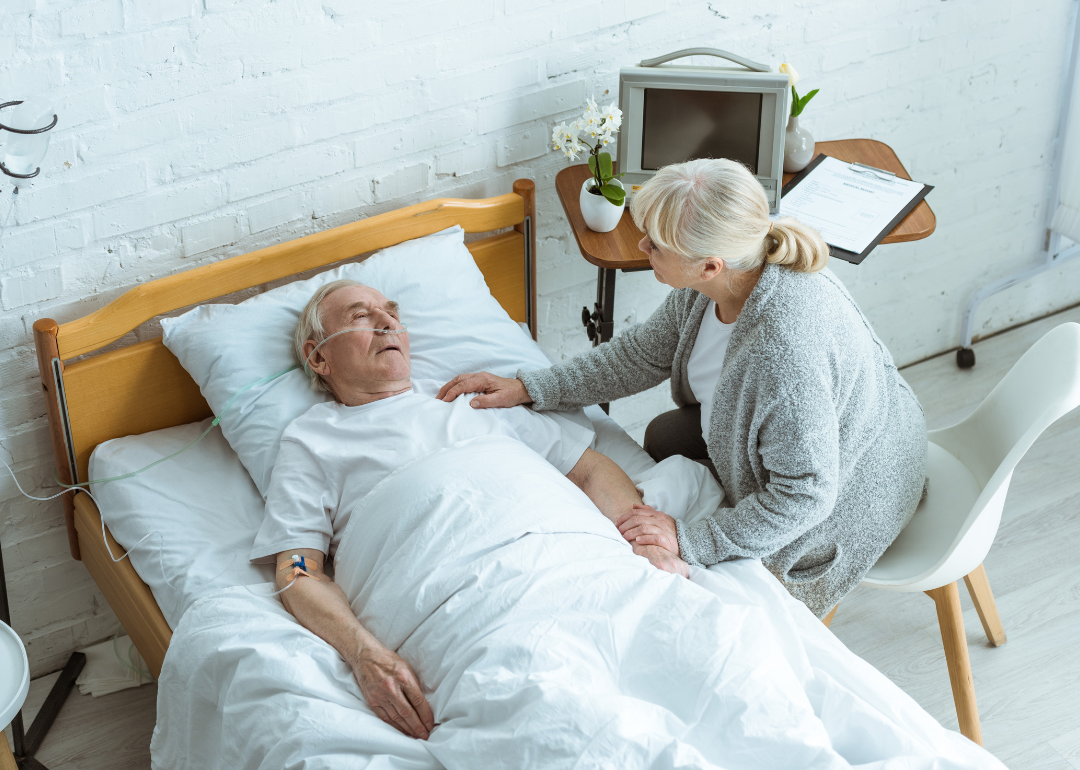 Some people in comas are discovered to be conscious

Scientists have realized that up to 1 in 5 comatose patients actually possess “covert consciousness” and can comprehend and internally respond to stimuli from the outside world. Though such patients cannot physically act on commands, their brains’ electrical activity has been observed to change when asked to complete physical tasks, demonstrating a level of understanding while otherwise assumed totally unconscious. The discovery was enabled by new advancements in brain monitoring technology and could be key in advancing methods to communicate with and rehabilitate persons in comas. 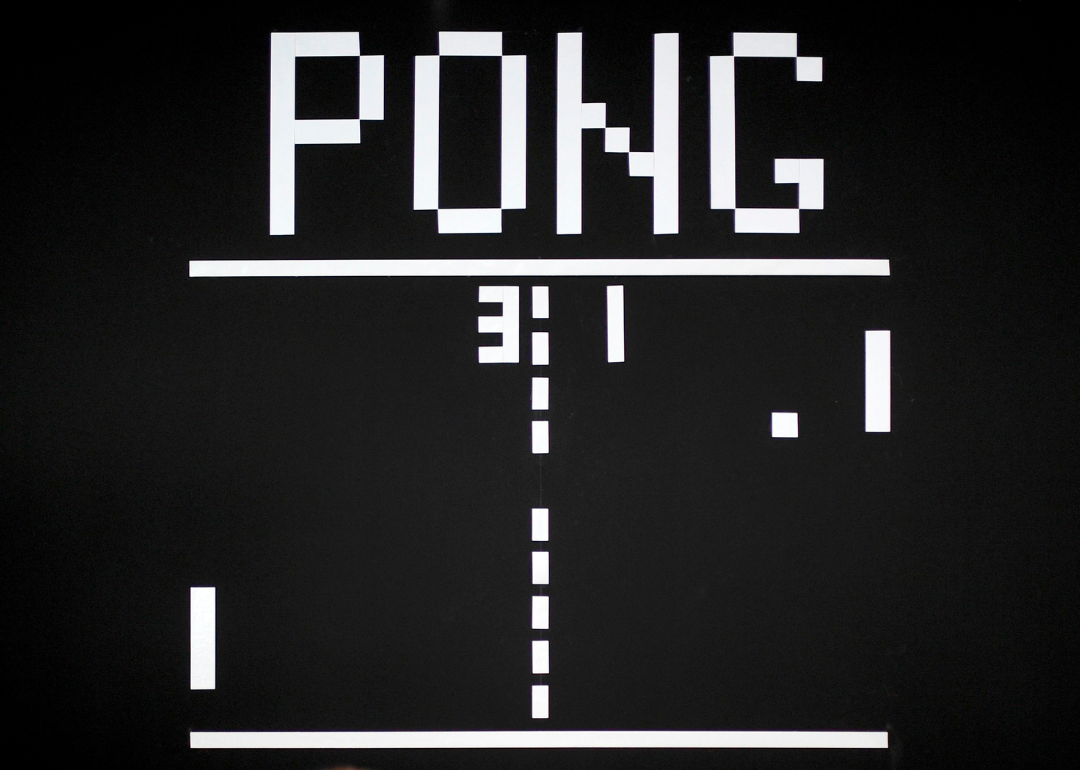 “Mini-brains”—lab-grown brain cells fostered in petri dishes—have been taught to play the classic video game Pong, marking the first time lab-grown neural cells have successfully interacted with an external entity. Though the achievement is a milestone, there is some debate as to whether the cells can be classified as sentient or not. The development could lead to advanced ways to study neurological diseases such as Alzheimer’s disease.

You may also like: Climate change’s impact on the coffee industry 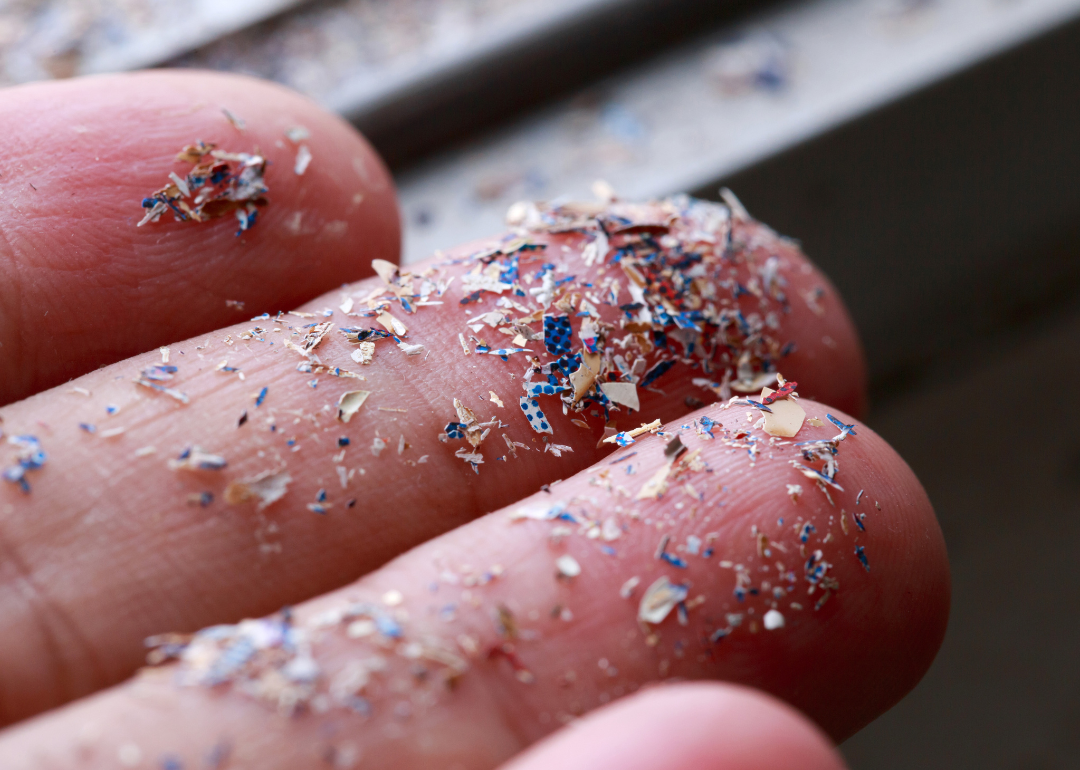 Though microplastics have already been found in abundance in the ocean, they were recently found for the first time in an even more remote location: the lowest airways of living human lungs. Researchers at the Hull York Medical School in the United Kingdom observed microplastics in lung tissue collected from patients undergoing routine procedures—in other words, persons who didn’t exhibit symptoms indicating their presence. The startling discovery, according to ecotoxicologist Dick Vethaak, “is proof that we have plastics in our body—and we shouldn’t.” 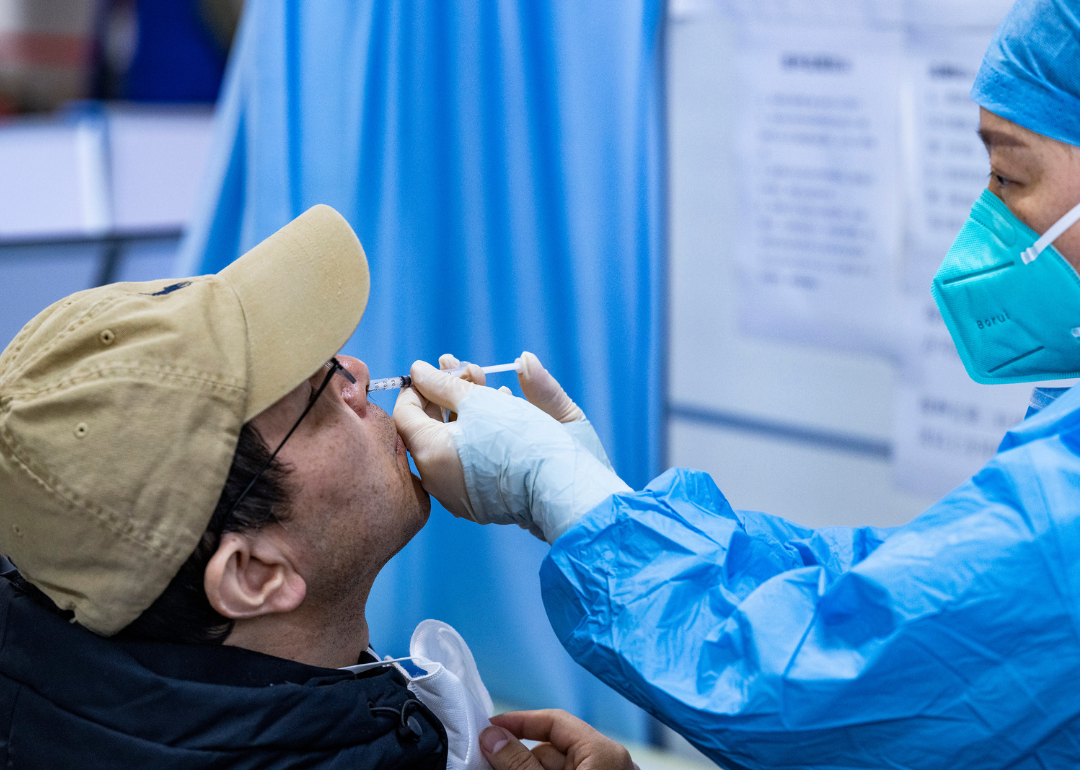 Washington University in St. Louis developed the first nasal vaccine for COVID-19, which is hypothesized to offer better protection against the virus. After demonstrating an ability to prevent infection in mice, scientists believe the nasal approach has an edge on injectable vaccines because it reaches the nasal cavity directly, thus preventing not only severe illness but also infection in the first place. Additionally, bypassing needles could encourage more people to receive the vaccine, boosting global immunity. In December, the nasal vaccine was approved for emergency use in India. 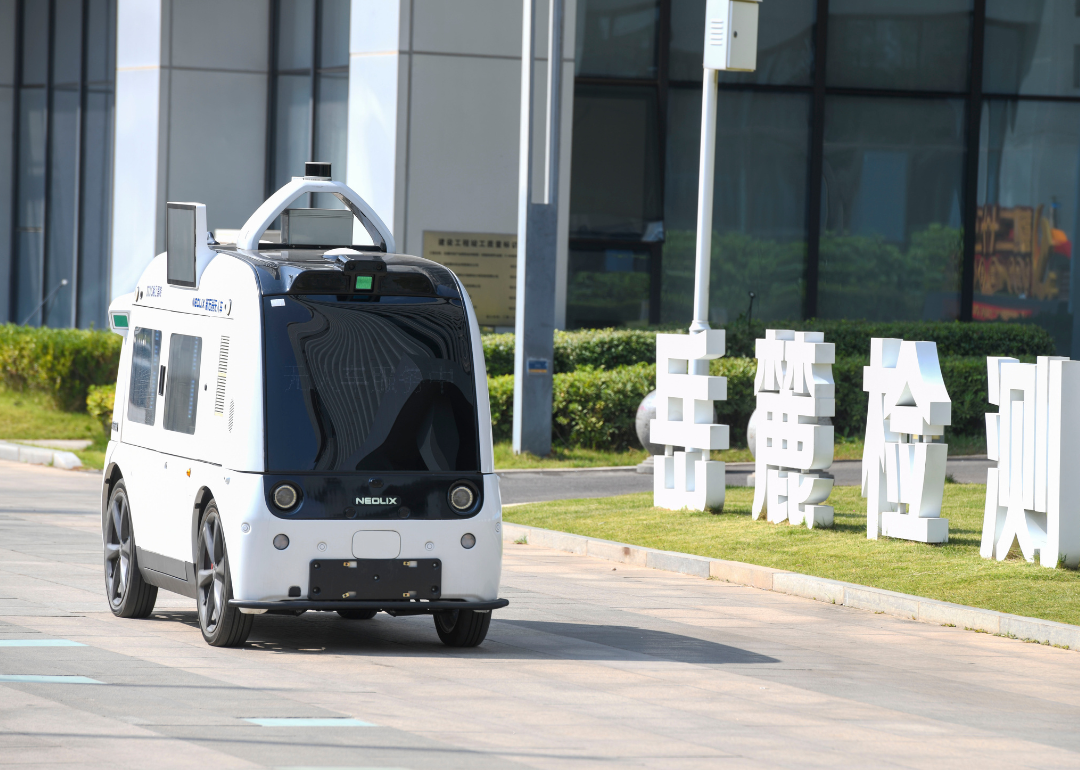 Several companies are racing to achieve new milestones in artificial intelligence with hopes of becoming innovators in transportation, health care, communications, and many other fields. Over the past year, progress has been made toward the development of fully autonomous cars, virtual nursing assistants to monitor hospital patients, emotion-detecting technology to monitor students’ performances in school, and “cyborg journalists” to churn out automated reporting, to name just a few. 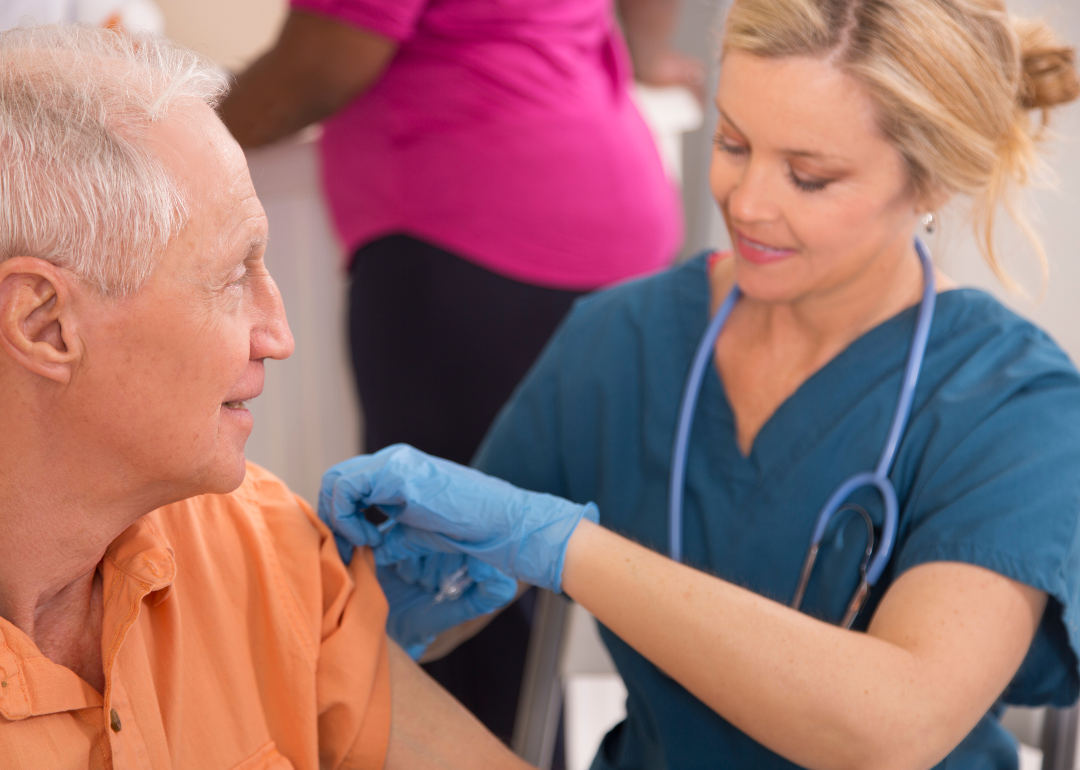 Progress toward a universal flu vaccine

A universal flu vaccine has eluded scientists for decades, largely due to the virus’s ability to mutate and overcome previous immunity. However, by manipulating the lower portion of a flu virus’ hemagglutinins, which are less variable than other parts of the virus, researchers have developed antibodies resistant to multiple flu strains at once. 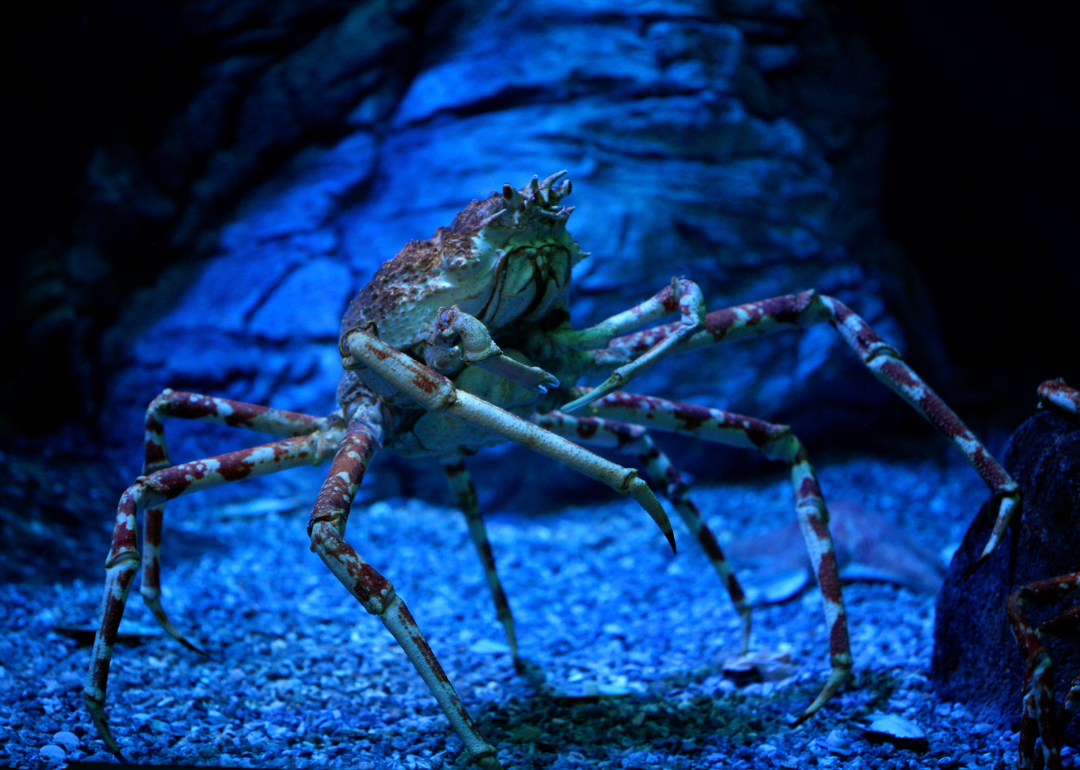 A startling 84% of Alaskan snow crabs have died off since 2018, leading to the first ban on catching the species in the Bering Sea. Since they thrive in chilled waters, it is thought that warming temperatures are the key culprit behind this alarming population decline—making them visible harbingers of the increasing intensity of climate change.

You may also like: 25 of the most expensive science experiments in human history 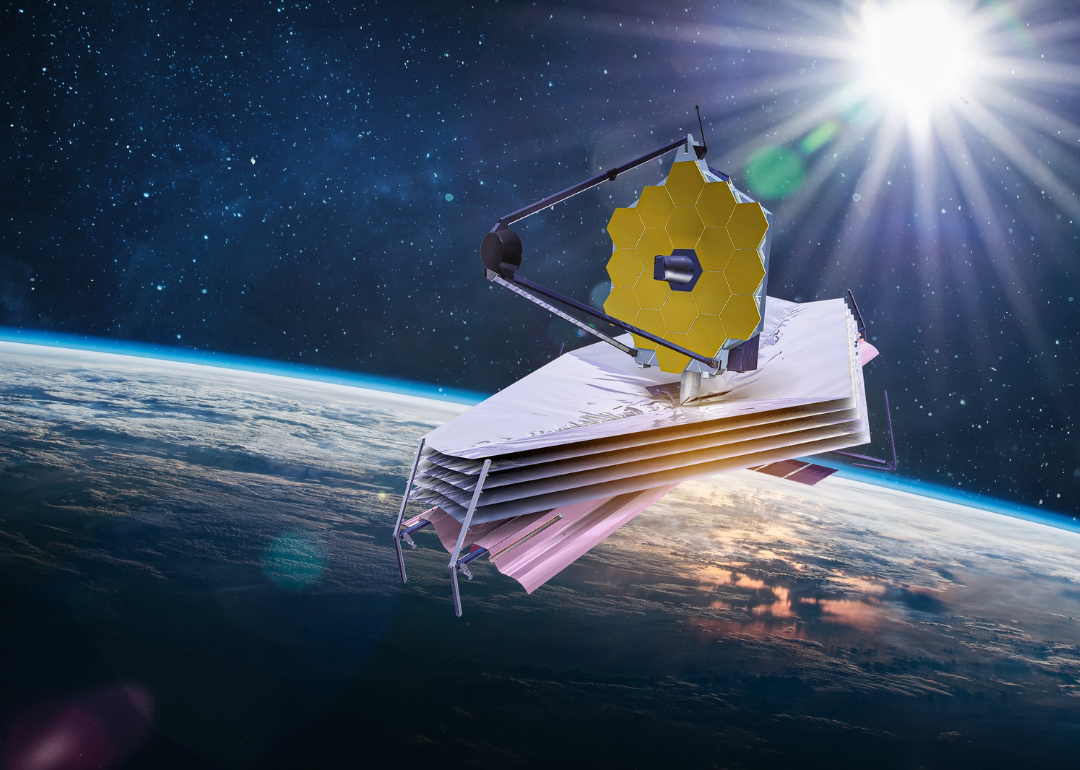 The James Webb Space Telescope captured images of a large gas planet 700 light-years away, marking the “first clear evidence for carbon dioxide in the atmosphere of a planet outside the solar system.” The finding provides important information to help scientists understand how planets are formed. 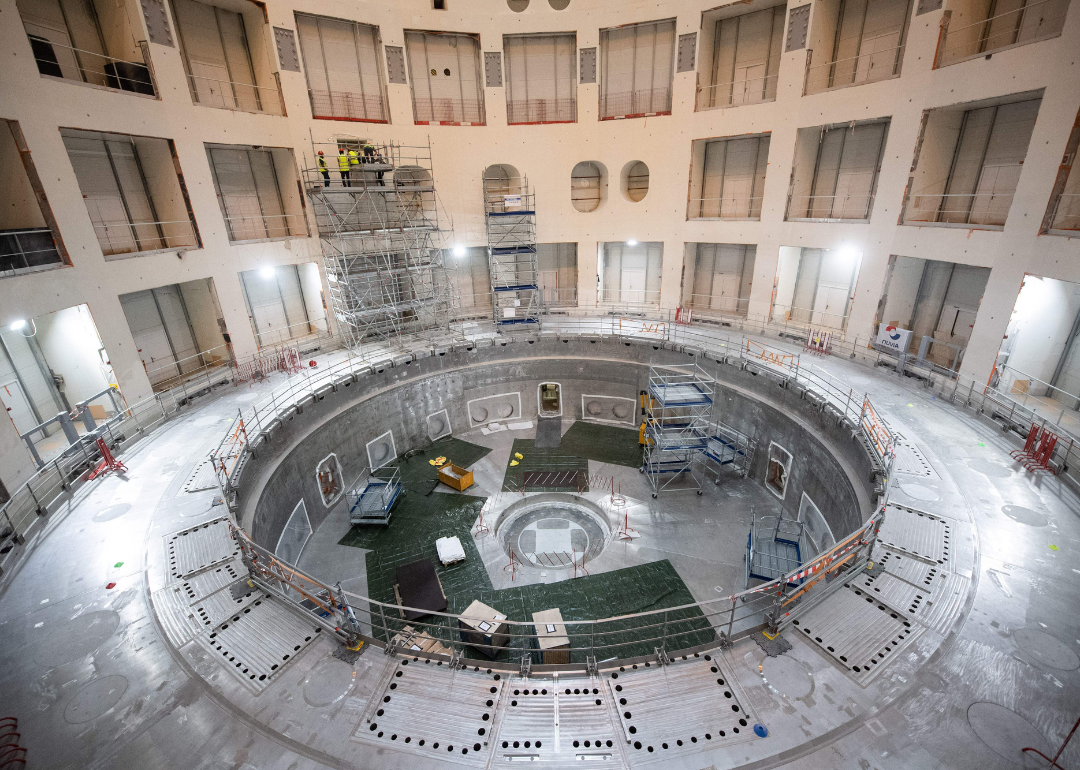 It is extraordinarily difficult to generate the energy required to replicate the atomic reactions that take place inside the sun, but scientists have created the first controlled fusion reaction that resulted in the ignition—that is, the reaction created more energy than was input. Such a fusion reaction is considered “clean,” meaning it creates large amounts of energy without the emissions characteristic of fossil fuels. The landmark could pave the way for a new way to provide power to humans without degrading the Earth’s atmosphere.