25 celebrities you may not know are nonbinary 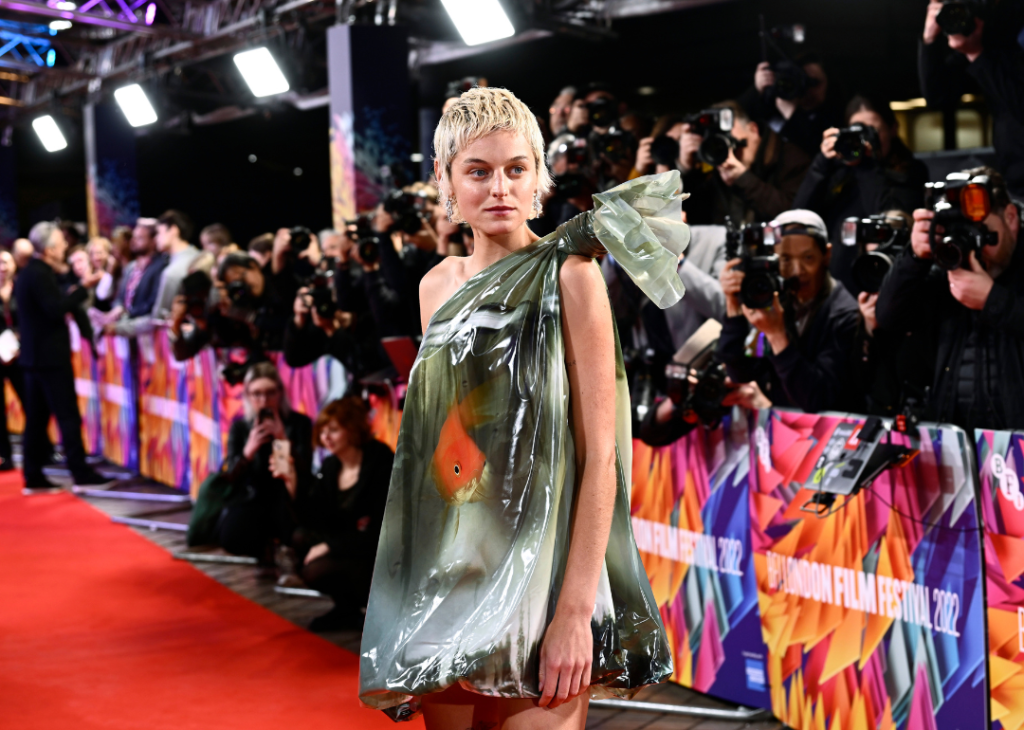 25 celebrities you may not know are nonbinary

The idea that there are only two genders is outdated. Some people don’t identify as exclusively a man or a woman. One of the most common terms used to describe those who break the binary is the umbrella term nonbinary. Gender, like sexuality, is a spectrum. As media coverage becomes more diverse, nonbinary celebrities are breaking down barriers by sharing their stories and just being themselves.

The Human Rights Commission defines nonbinary as including people who identify as neither a man nor a woman, both, somewhere in between, or outside those identities altogether. It also clarifies that many nonbinary people also identify as transgender. While nonbinary people can use the pronouns he/him, she/her, or they/them, not everyone who uses gender-neutral pronouns is nonbinary. As more celebrities in the spotlight highlight the nuances of gender identity and expression, it normalizes these discussions and gives issues affecting the community center stage.

After one of the tensest years for transgender rights and its advocates, gender—and those who fit within or outside of its constraints—must continuously be explored. States across the U.S. introduced numerous bills to limit the rights of those from the LGBTQ+ community, and there have been pro-LGBTQ+ nondiscrimination bills introduced as well, each with its own reasons for success or failure.

Stacker researched nonbinary, genderqueer, or otherwise gender-nonconforming actors, writers, models, directors, musicians, and other celebrities and highlighted 25 you should know if you don’t already.

You may also like: Can you guess which actresses these real ‘Jeopardy!’ clues are about? 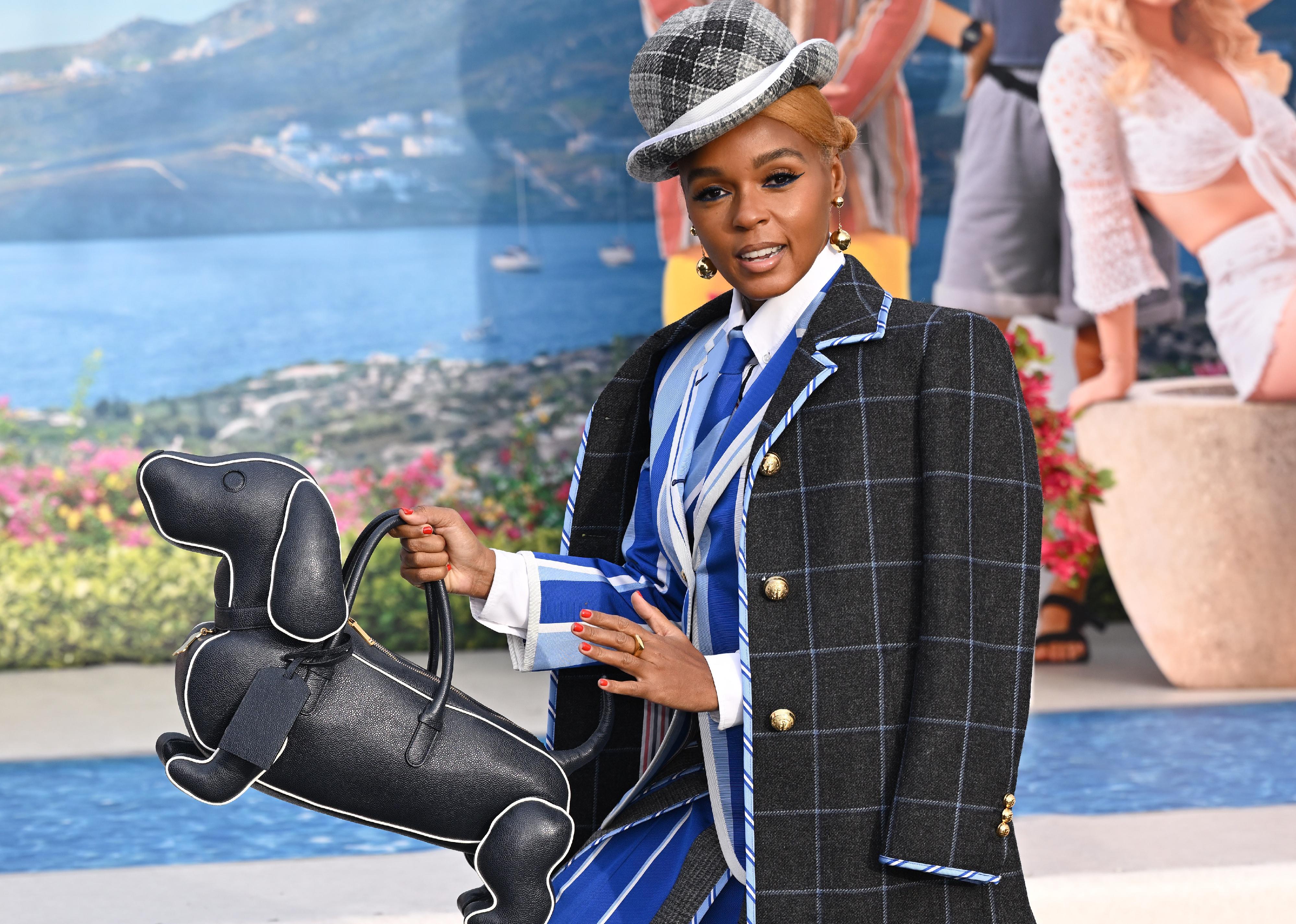 Janelle Monáe came out as nonbinary while promoting their book “The Memory Librarian: And Other Stories of Dirty Computer” during an appearance on “Red Table Talk.” “My pronouns are … they/them, her/she,” they told the Los Angeles Times in April 2022, adding that they will always stand with women on important issues—especially Black women. 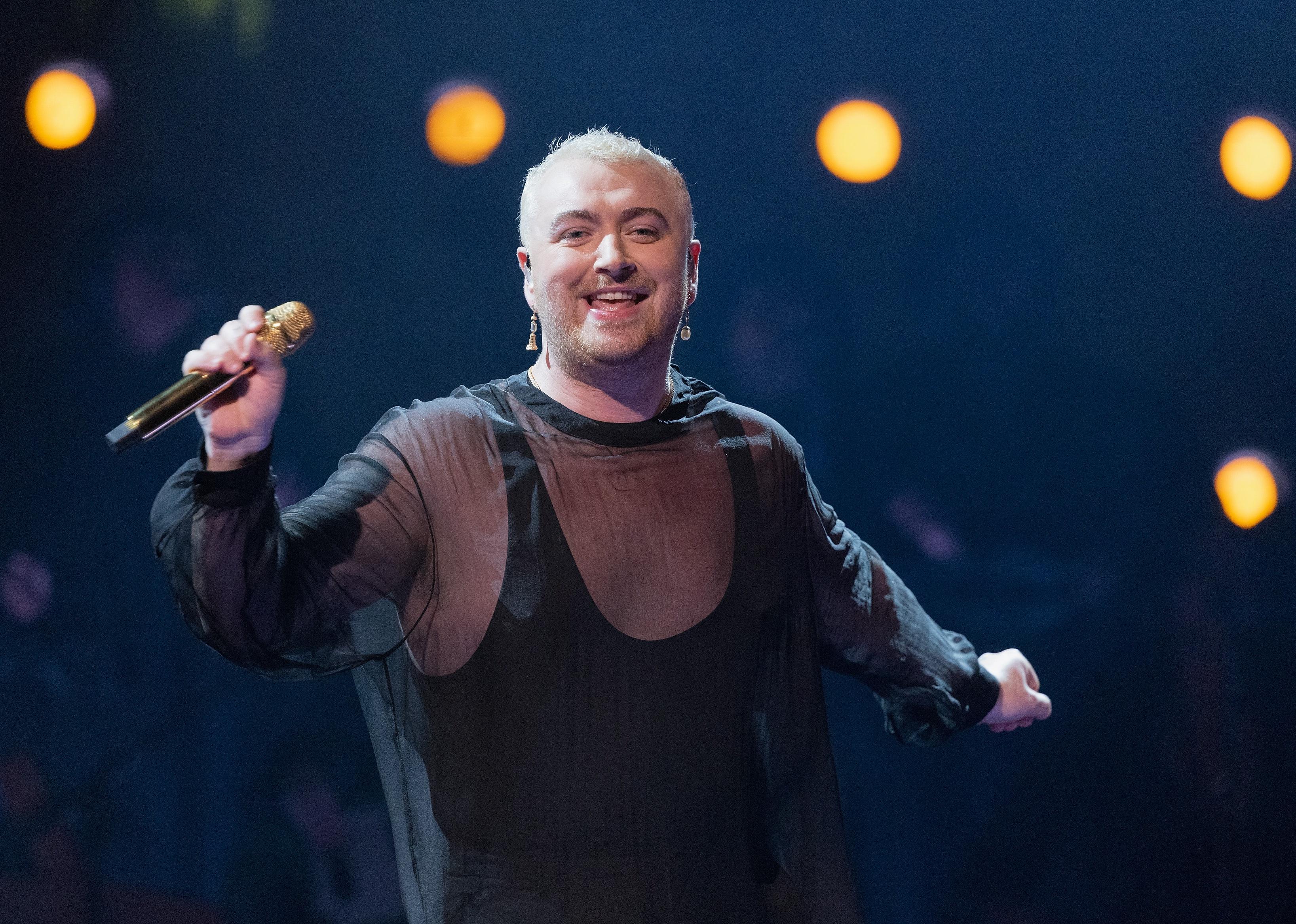 During a 2019 interview with Jameela Jamil, Sam Smith stated: “I’m not male or female, I think I flow somewhere in between. It’s all on the spectrum.” Six months later, they officially changed their pronouns to they/them.

In 2022, Smith and Kim Petras became the first nonbinary singers to hit #1 on the Billboard Hot 100 chart with their song “Unholy.” 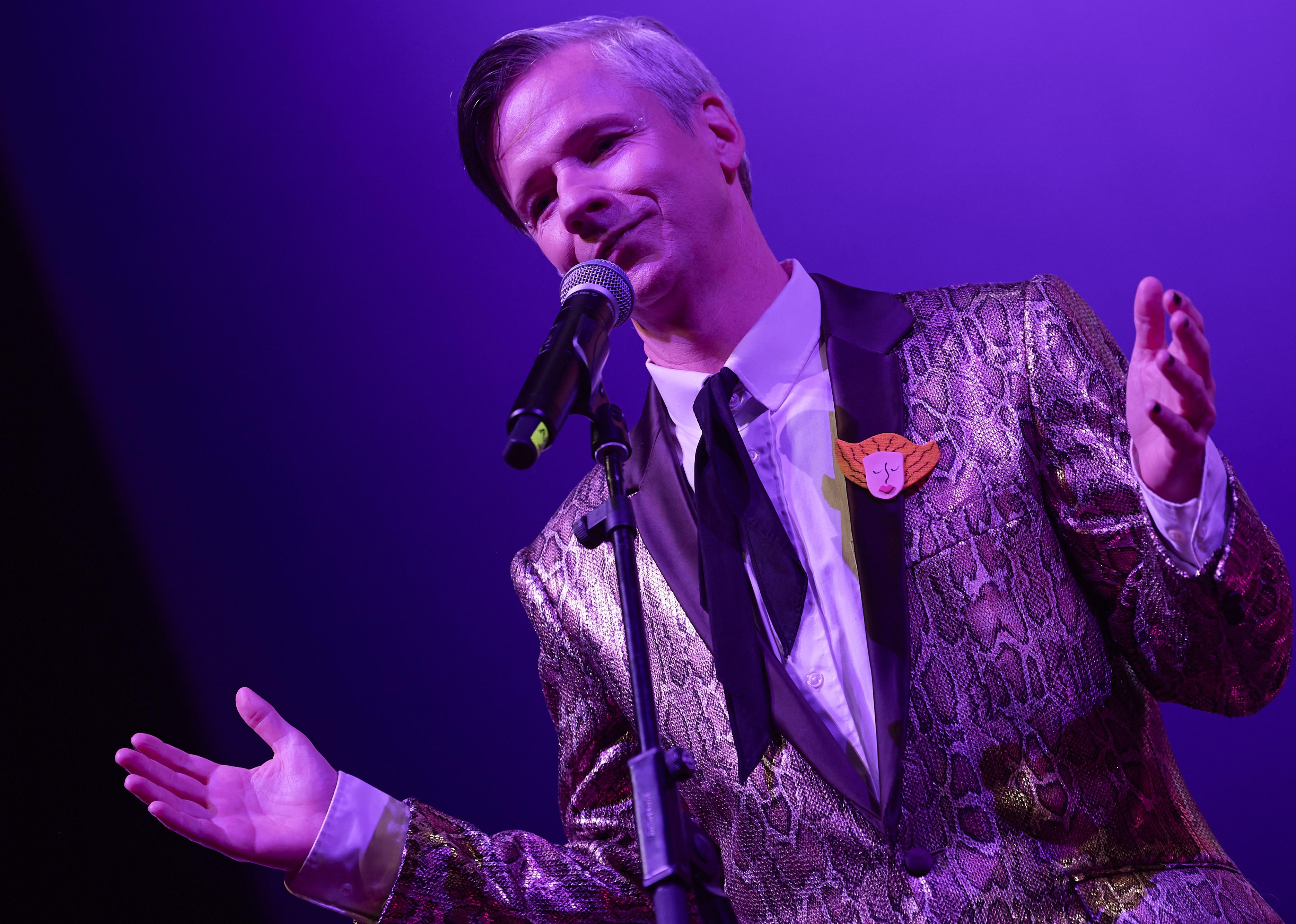 The legendary actor John Cameron Mitchell casually came out in March 2022 during an interview with Pride. When discussing his iconic role in “Hedwig and the Angry Inch,” which has garnered him a little bit of flack, Mitchell casually mentioned he is nonbinary.

After the interview, Pride’s staff reached out to Mitchell’s team to clarify the actor’s pronouns but received no reply. Mitchell later indicated in a Los Angeles magazine article the following June that he had not changed his pronouns. 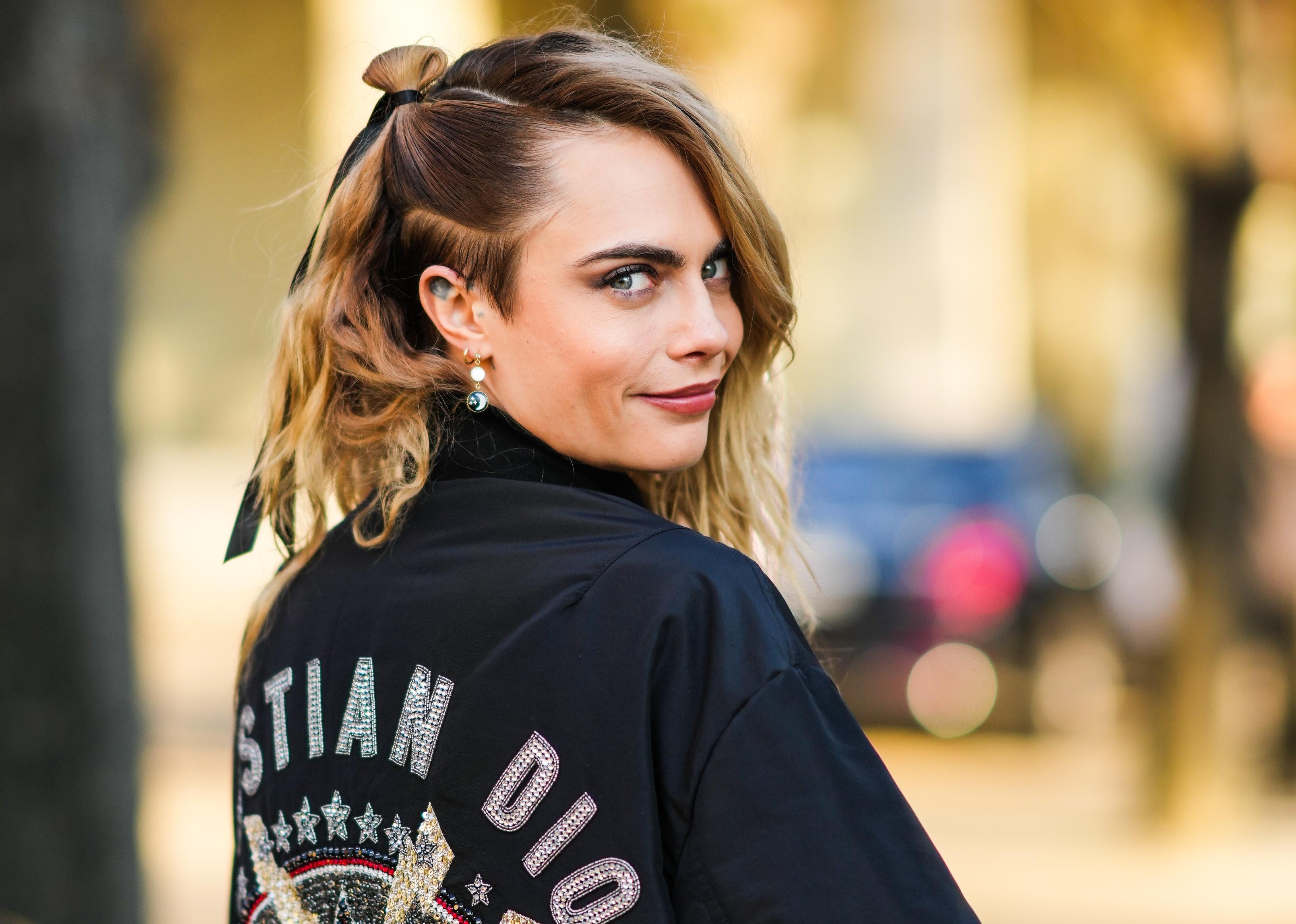 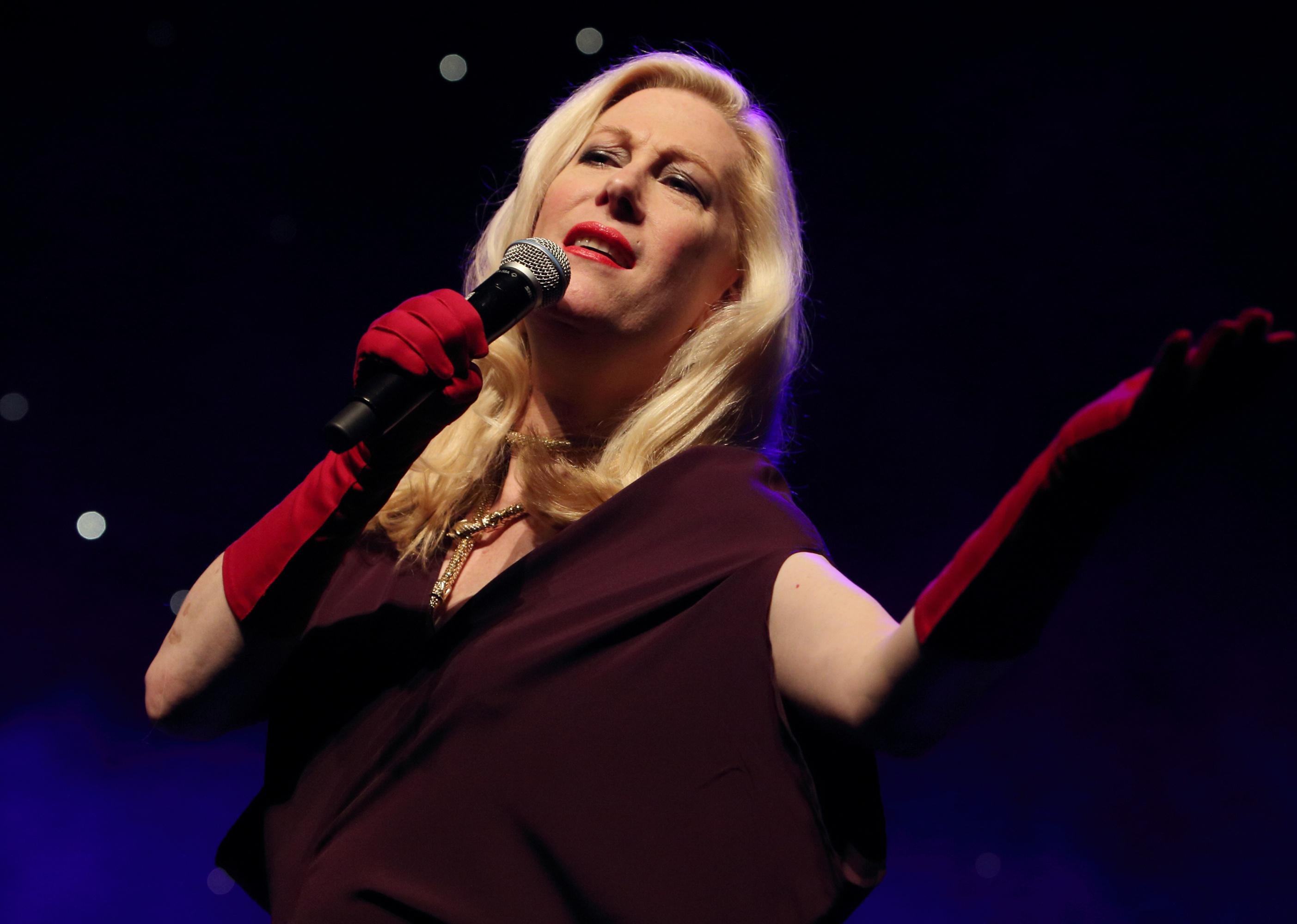 In a 2012 interview with the New York Times, the Tony-nominated performer said: “I always thought of myself as a transgendered person. … I just lived my life and I didn’t really have the exact language for what I was.” They use the gender-inclusive honorific “Mx.” instead of “Ms.” or “Mr.” and neopronoun “v” with “vself” instead of “herself” or “himself,” a reference to Bond’s middle name.

You may also like: Biggest box office stars since 1980 While promoting her #InstaPride campaign in 2015, Miley Cyrus told Time magazine: “I’m just even. It has nothing to do with any parts of me or how I dress or how I look. It’s literally just how I feel.” That same year, the Disney star-turned-pop sensation founded the Happy Hippie Foundation in memory of Leelah Alcorn, a transgender teen who took her own life. 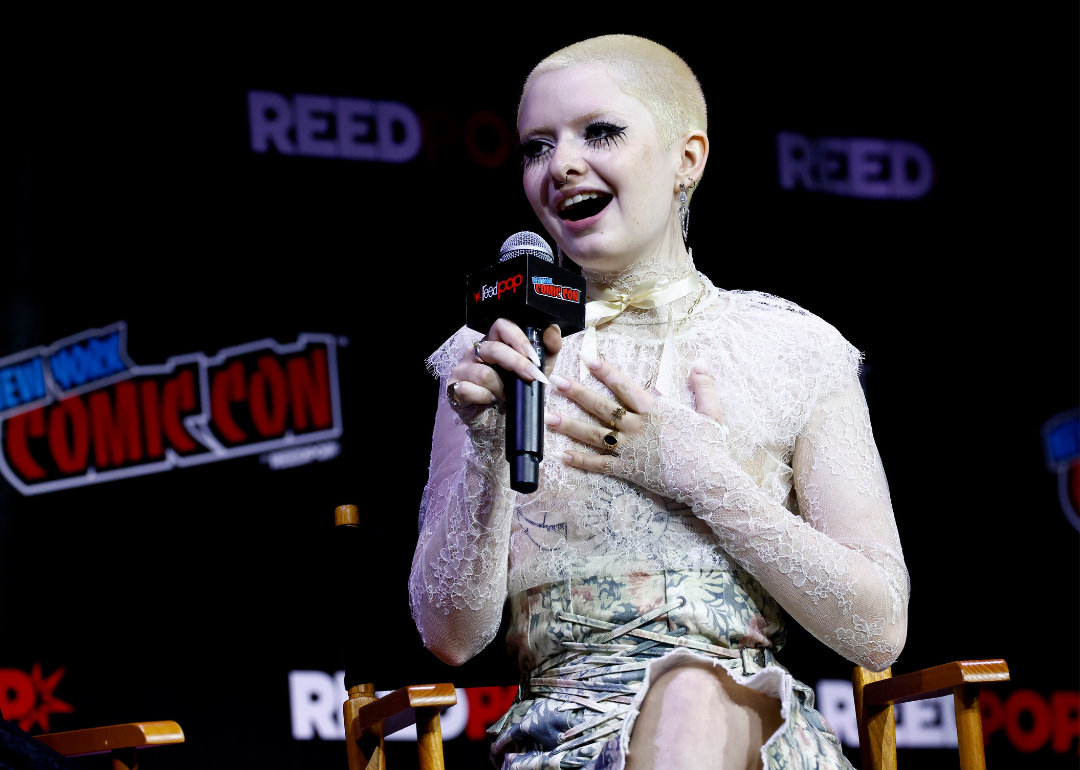 Lachlan Watson experienced their first taste of fame as the nonbinary character Susie Putnam on Netflix’s “Chilling Adventures of Sabrina,” inspiring gender-nonconforming youth everywhere. Watson, who is also nonbinary and uses they/them pronouns, described their gender journey as “a revolution against the system” and said, “I don’t have to live my life and do the things to my body that the world tells me that I have to do.” 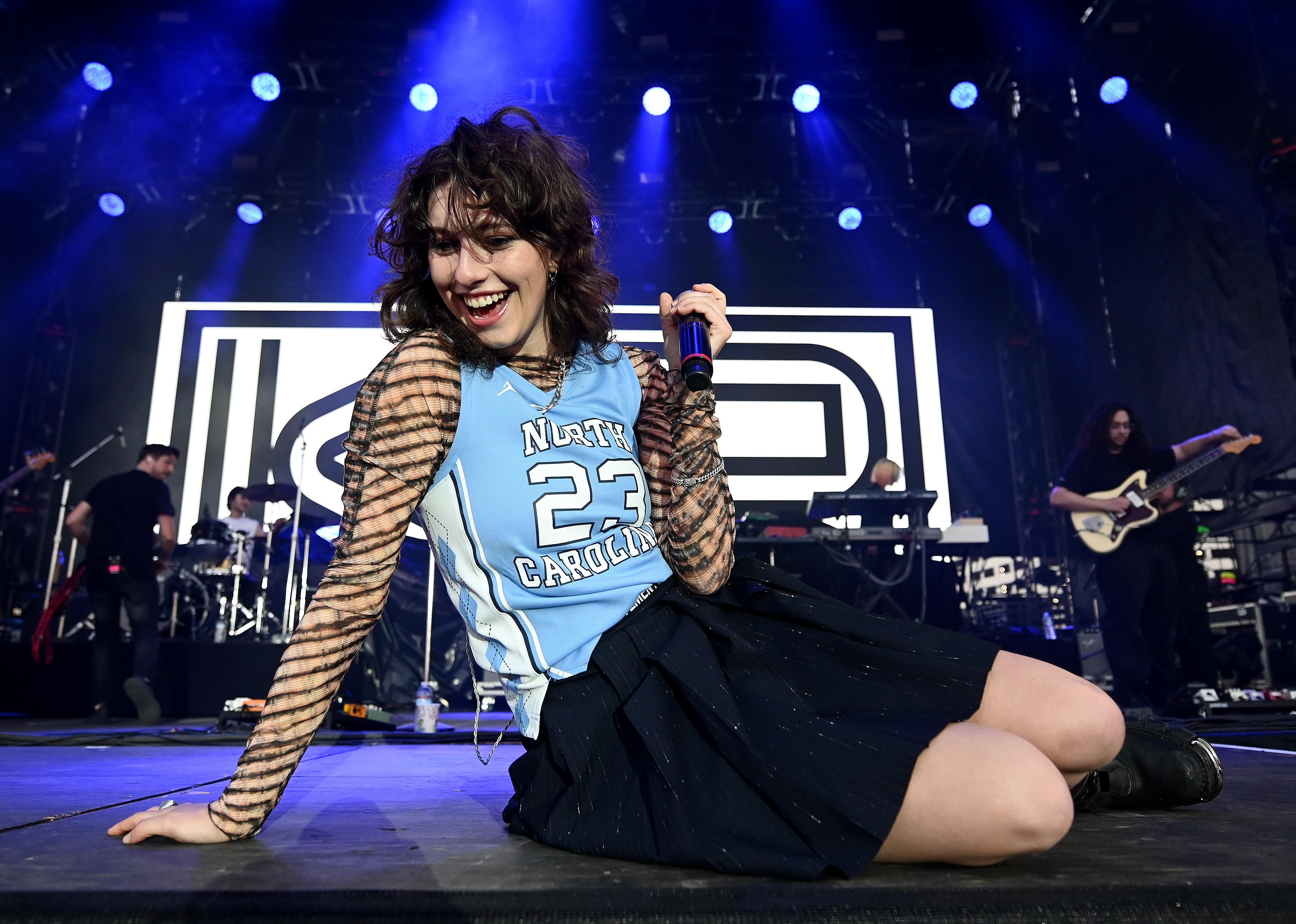 Ahead of their debut EP, “Make My Bed,” in 2018, the now 24-year-old singer said, “I’ve always been kind of a genderqueer person.” King Princess still identifies as genderqueer and doesn’t seem to mind any pronouns. “I’ve never felt offended [by] the pronoun situation in my life,” they told Rolling Stone in June 2022. “He. She. It. They. Xenu.” 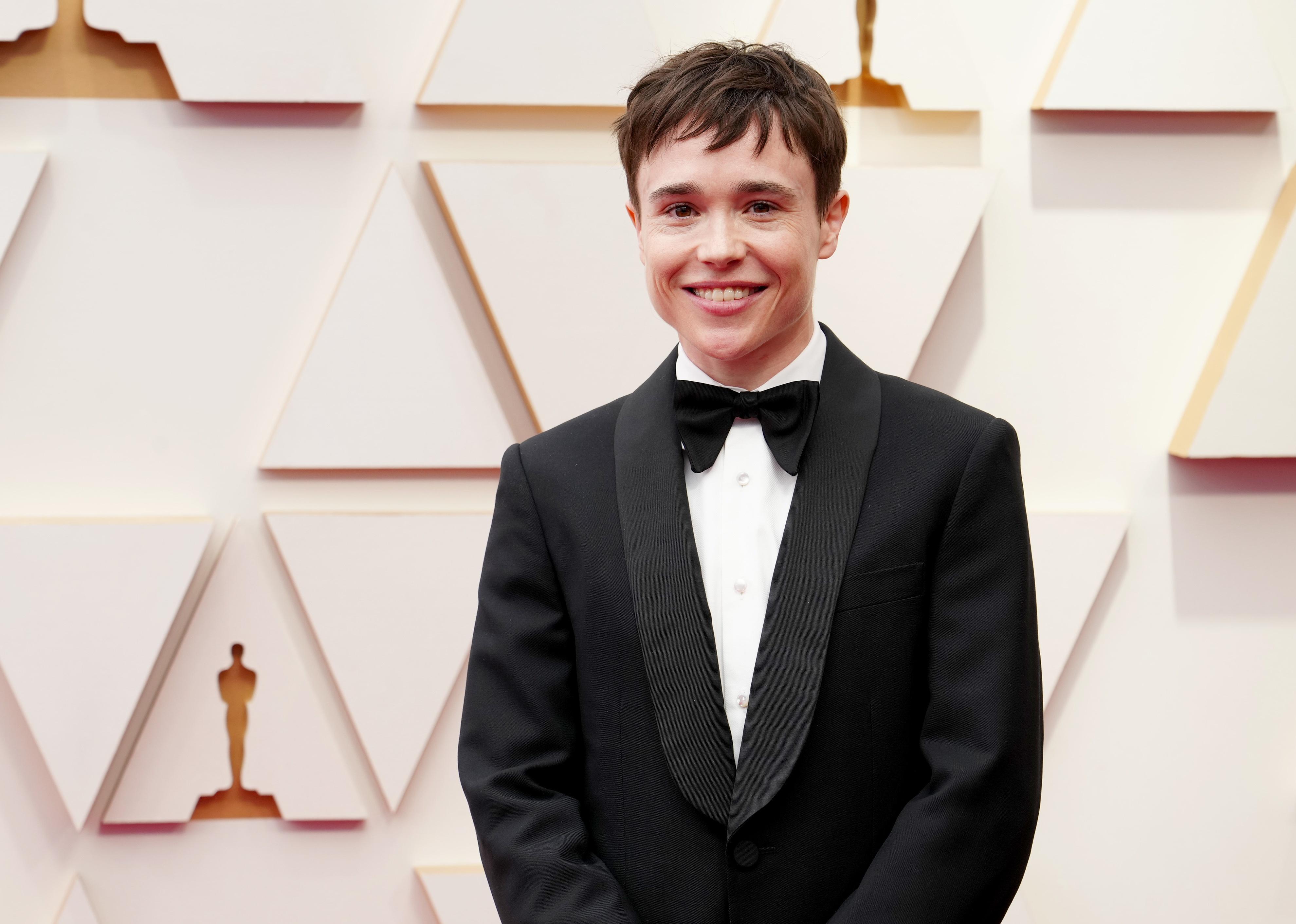 The Canadian actor Elliot Page initially came out as trans in late 2020, stating in an Instagram post: “I want to share with you that I am trans, my pronouns are he/they and my name is Elliot. I feel lucky to be writing this. To be here. To have arrived at this place in my life.”

Page appeared on the cover of Time magazine’s April 2021 issue, becoming the first trans man to do so. Speaking with the publication, Page expressed, “No matter the challenges and difficult moments of this, nothing amounts to getting to feel how I feel now.” 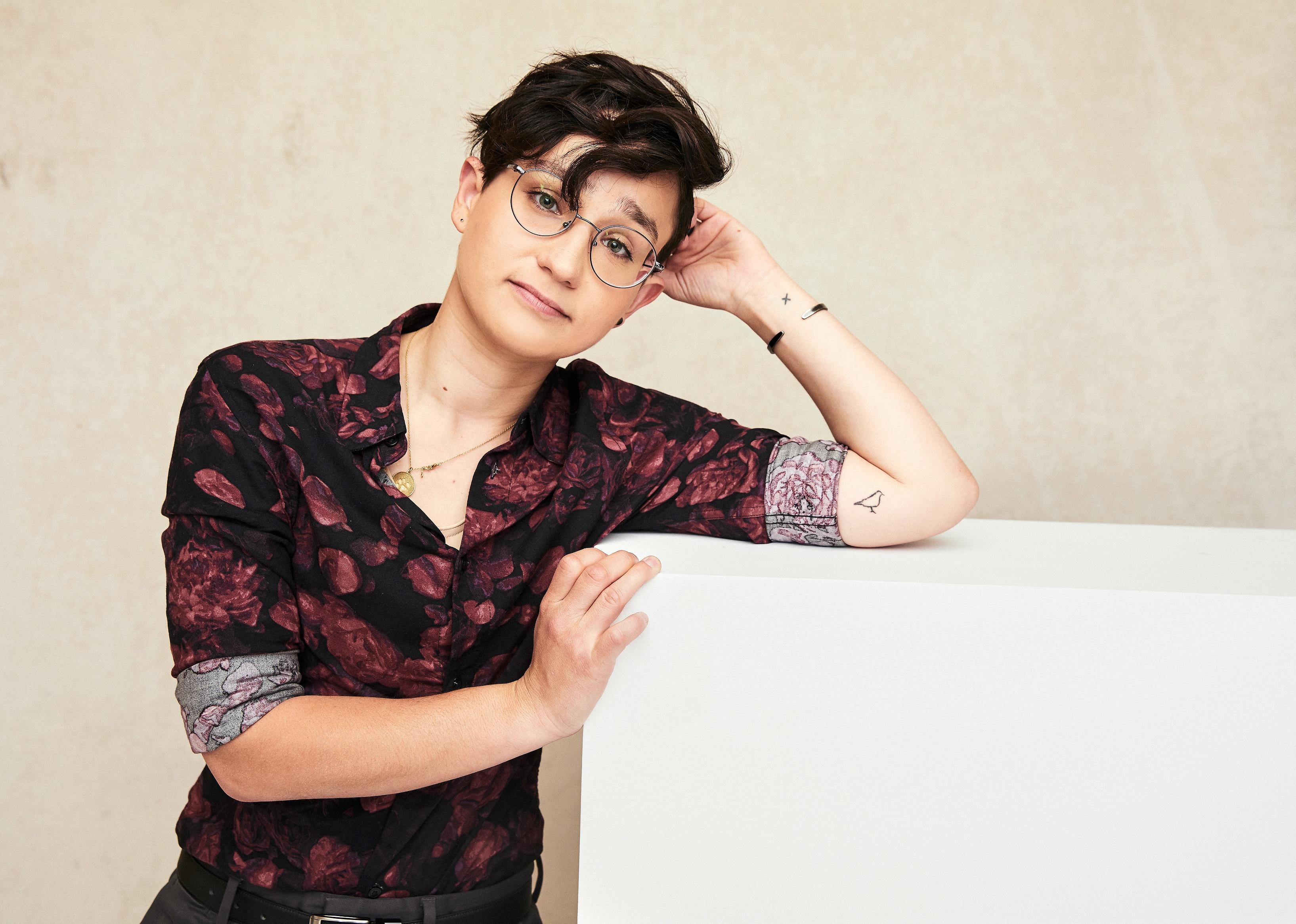 Bex Taylor-Klaus came out in 2018 via Twitter, stating: “I came out as trans non-binary in a room full of people today. Guess it’s time for me to do that on here, too. Hi. I’m Bex, and the rumors are true. I’m v enby.” The fan-favorite “Scream” television actor has since gone on to play a nonbinary character on Fox’s “Deputy” and expressed being “eternally grateful to the writers for letting us put these intricacies in there.”

You may also like: 25 transgender celebrities who broke barriers 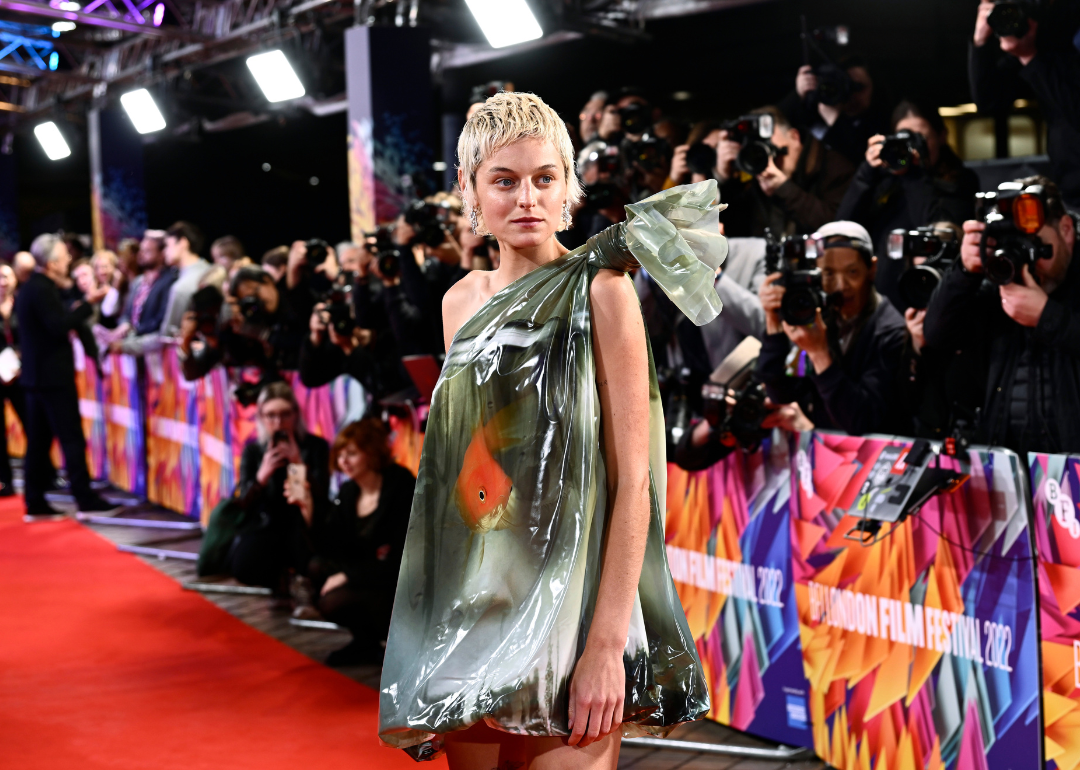 After playing Princess Diana on Netflix’s “The Crown,” Emma Corrin came out as nonbinary in 2021. “That’s the way society works within these binaries and it’s taken me a long time to realise that I exist somewhere in between and I’m still not sure where that is yet,” Corrin explained. The Golden Globe-winning actor’s pronouns are listed as they/them in their Instagram bio. 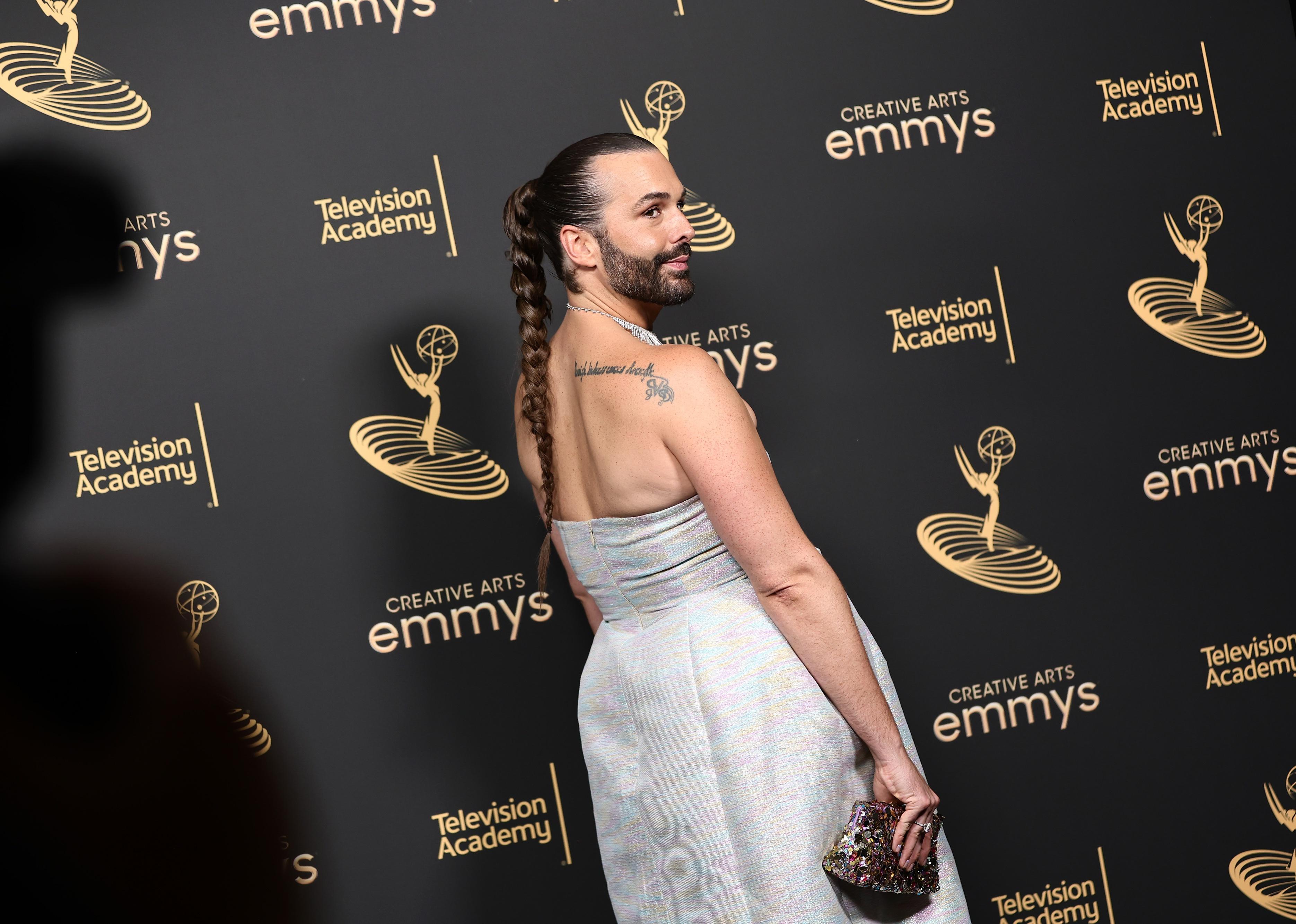 While promoting their Essie nail polish collaboration in an interview with Out, “Queer Eye” star Jonathan Van Ness shared: “The older I get, the more I think that I’m nonbinary—I’m gender nonconforming. Like, some days I feel like a man, but then other days I feel like a woman.” In a 2022 interview with Parade, Van Ness stated they are “equally great” with he, they, or she pronouns. 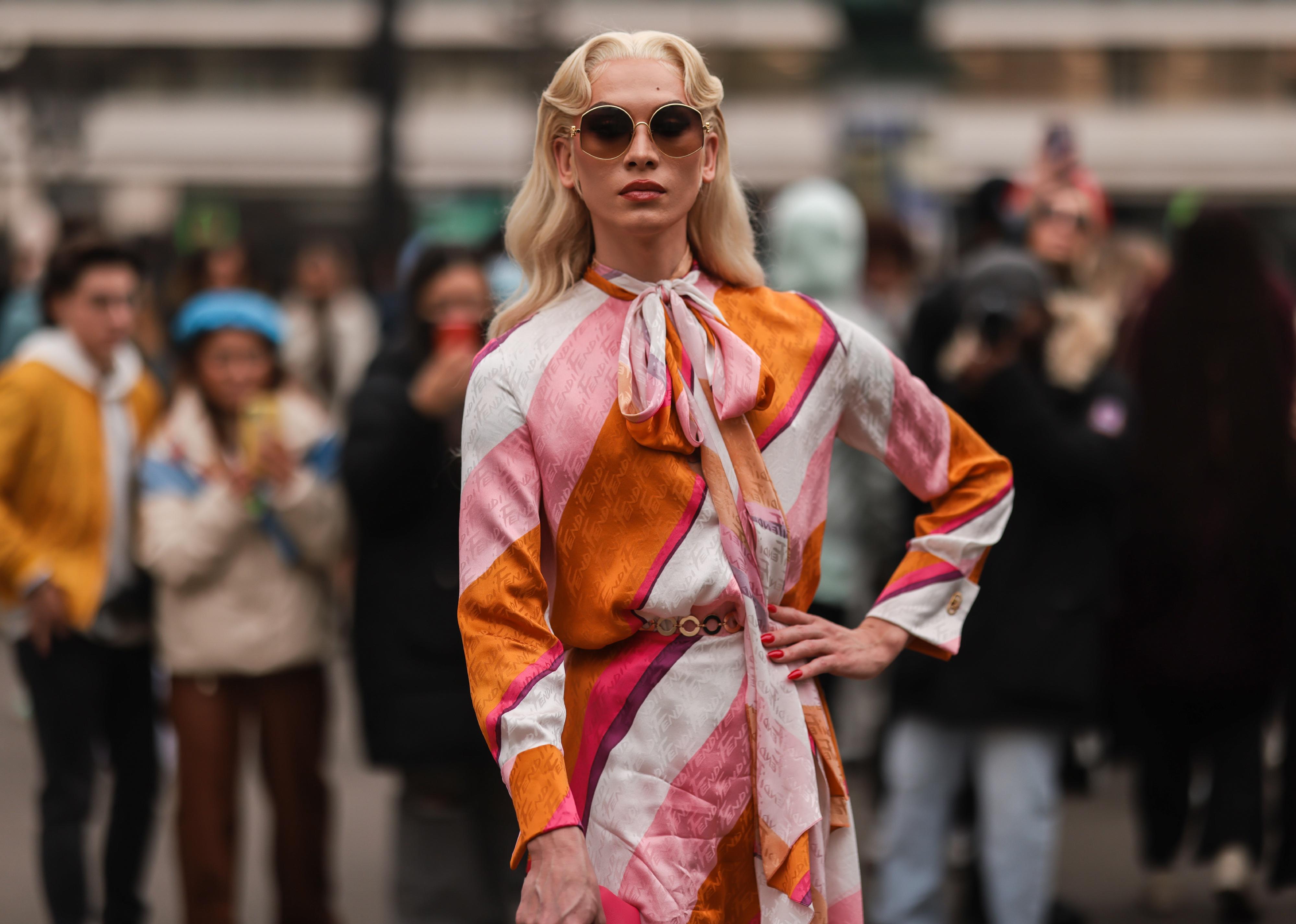 In 2020, the “RuPaul’s Drag Race” Season 7 star took to Instagram to state, “This is not a mask! I am femme, I am an artist. I will not be tokenized,” followed by multiple hashtags including #TheyThem. The multitalented artist has since served as a guest judge on “Germany’s Next Topmodel.” 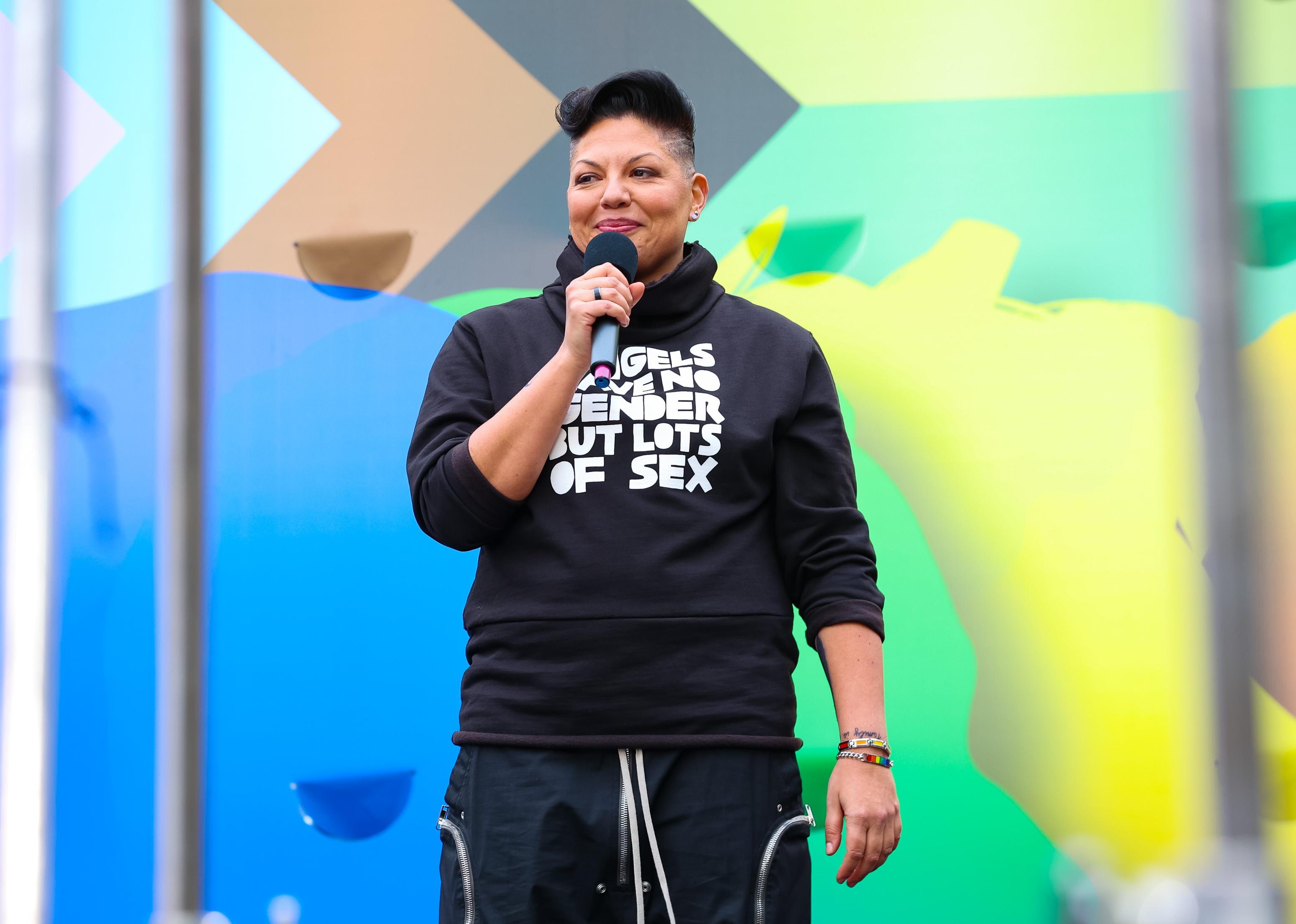 A queer icon since their days starring on “Grey’s Anatomy,” actor Sara Ramirez came out as nonbinary via Instagram in 2020. In the post, they expressed having “the capacity” to be a “girlish boy,” “boyish girl,” or neither. Ramirez went on to play Che Diaz, the nonbinary love interest of Miranda Hobbes on the “Sex and the City” spinoff “And Just Like That…” 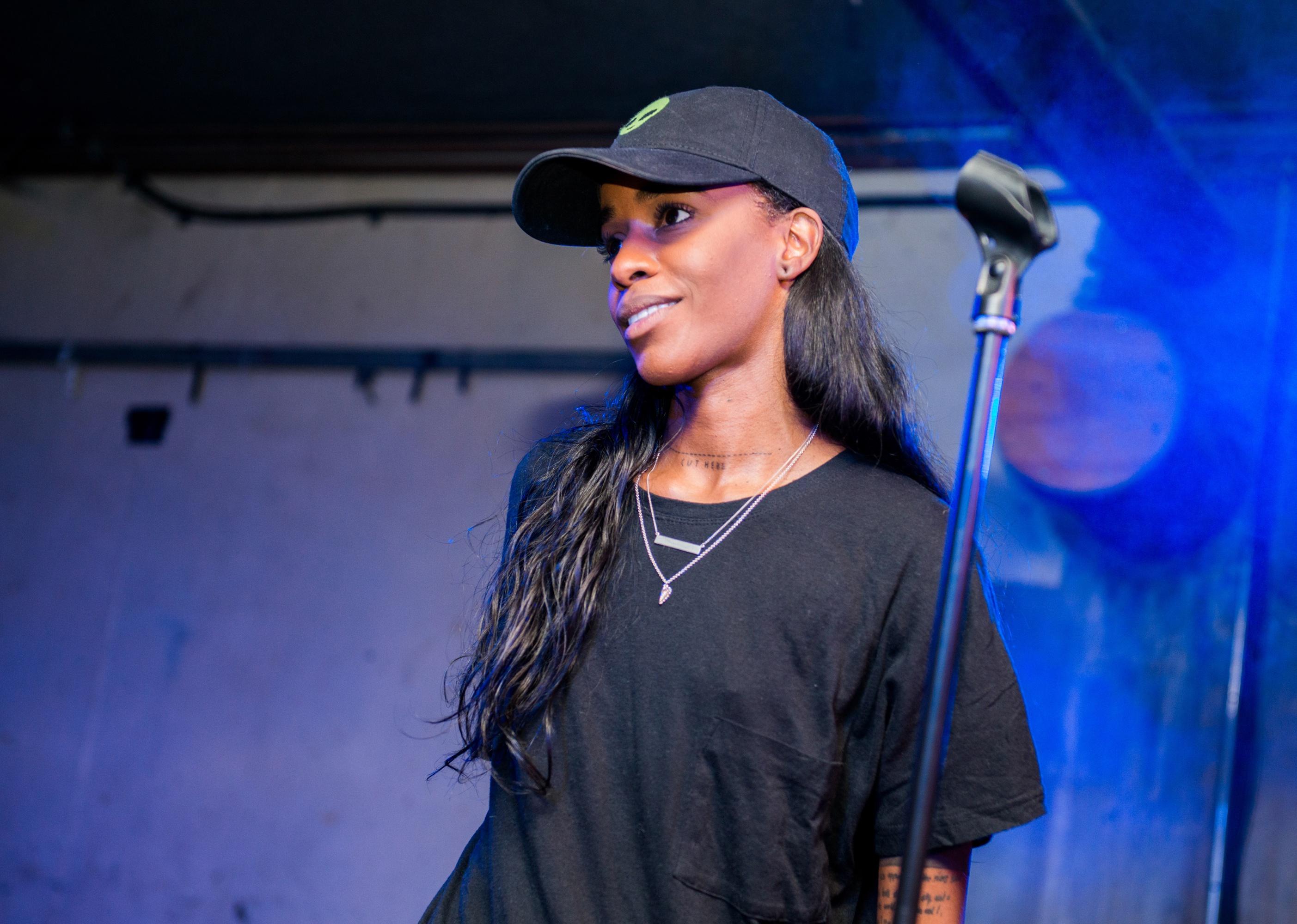 Rapper Angel Haze’s gender identity has been public knowledge throughout most of their career, a fact they’ve remained unapologetic about. In a 2015 interview with CBS Philadelphia, Haze said: “I don’t care what people call me. If they wanted to use the word he … I would be ok with that.” 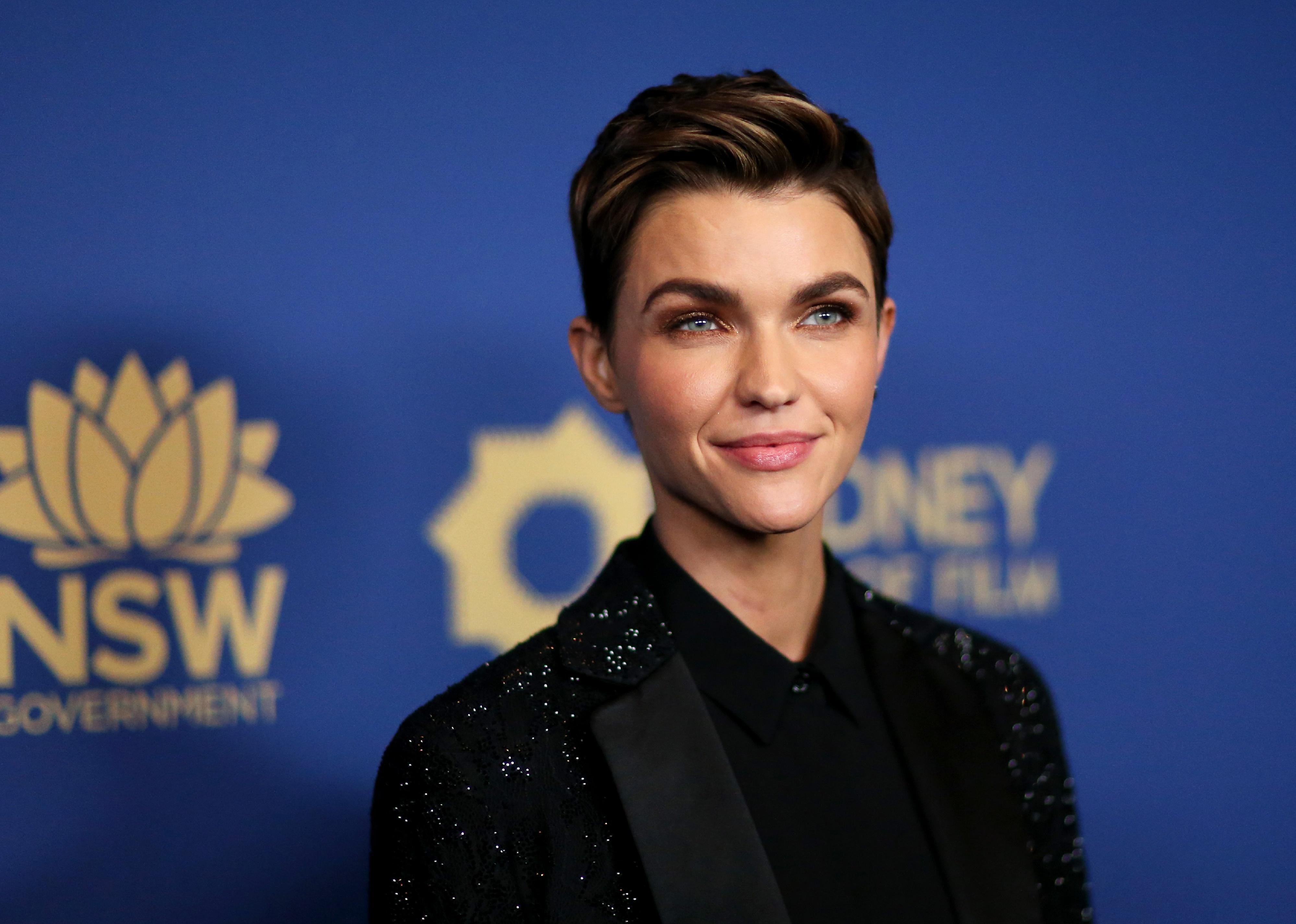 Ruby Rose went viral in a 2014 interview—following her appearance on “Orange Is the New Black”—with the Guardian wherein she was asked about her own identity as it relates to the gender binary. Rose said, “I feel like I’m neither.” The Australian actor has remained a star, finding roles in multiple action films such as “John Wick: Chapter 2.” 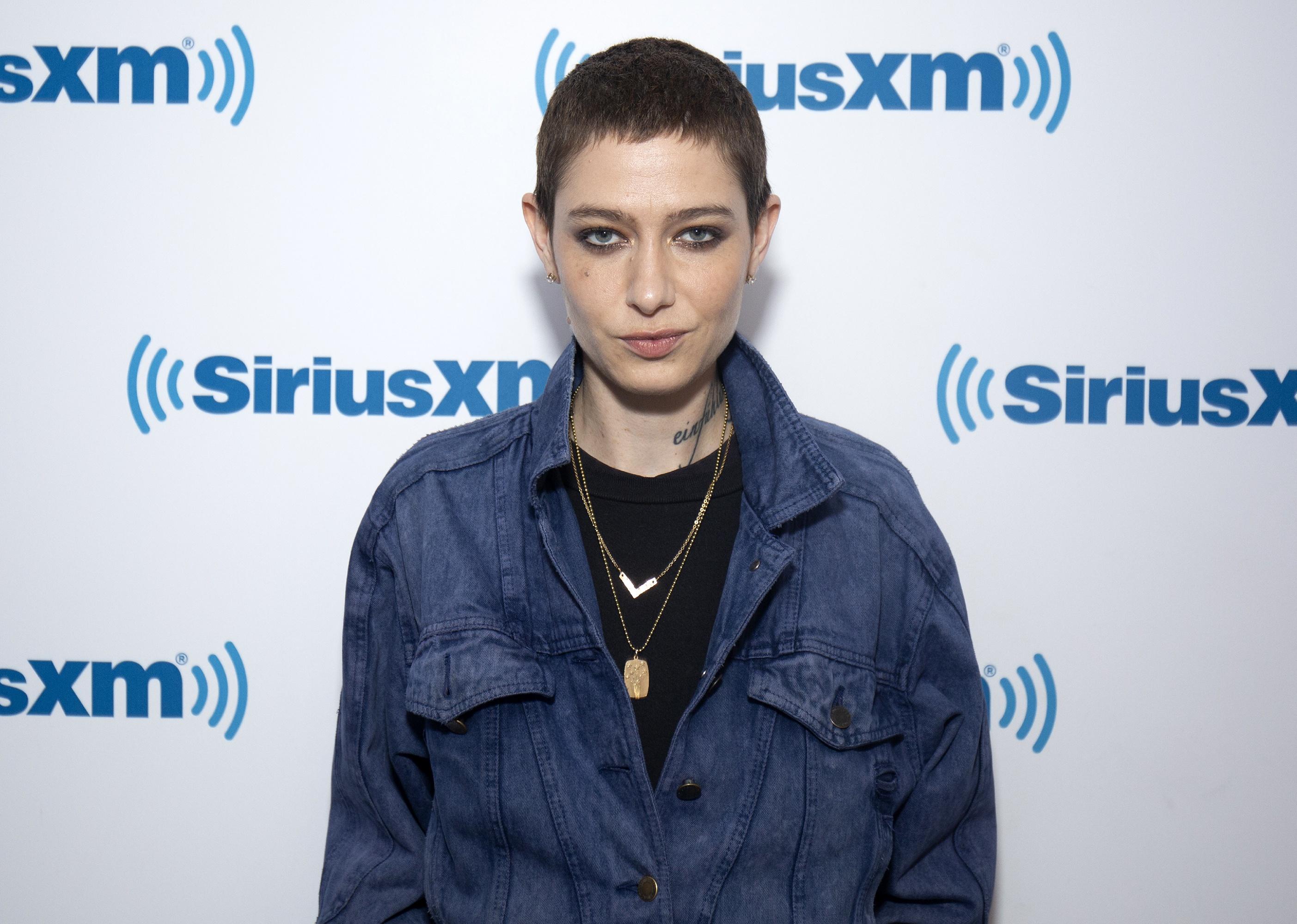 Asia Kate Dillon’s breakout role on the show “Billions” was the first time a nonbinary actor played a nonbinary character. “When I read the script for episode two and I saw the ‘they, theirs and them,’ that’s when the tears started to well up in my eyes,” the star told Refinery29. They have since starred in “John Wick: Chapter 3—Parabellum.” 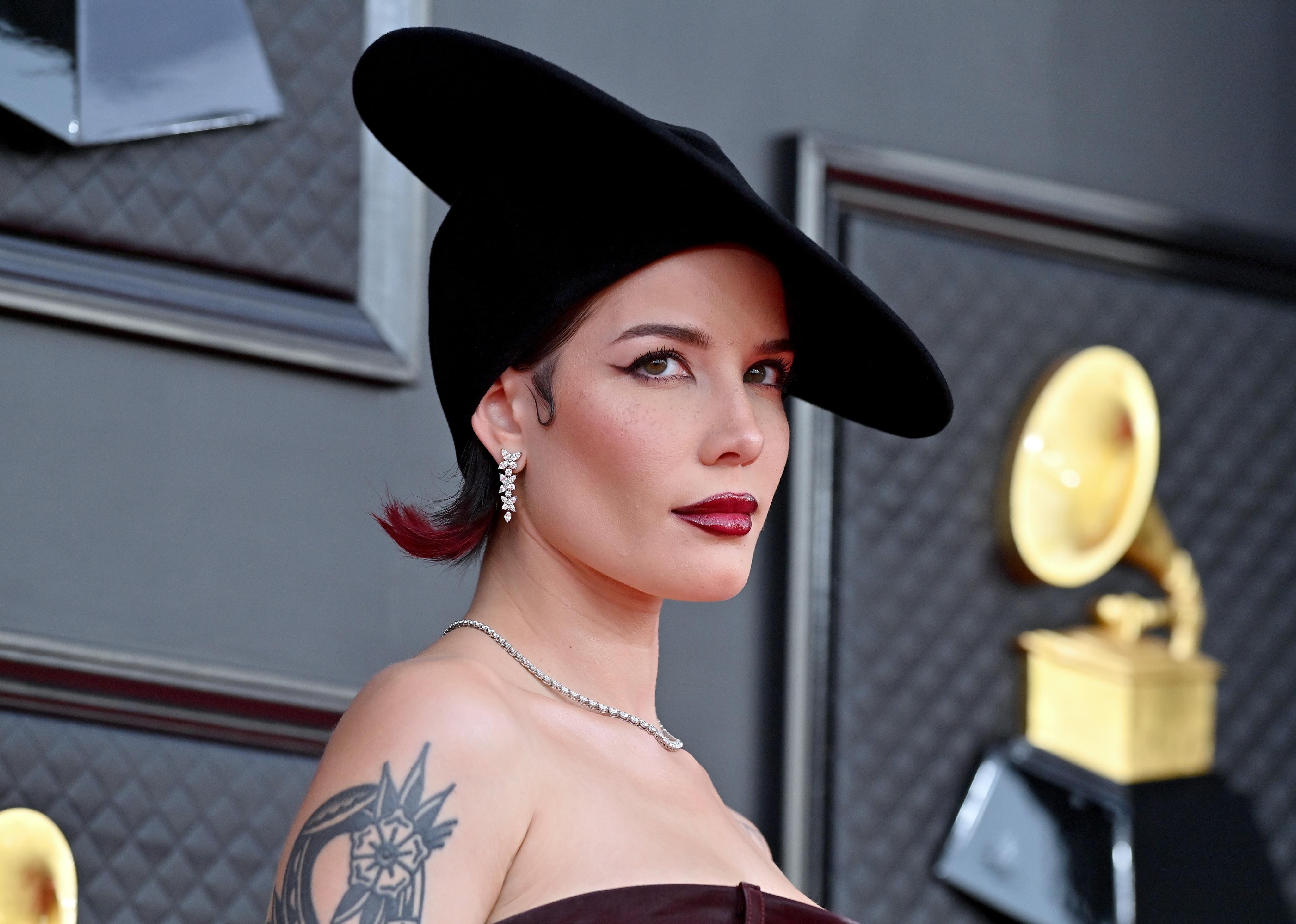 In March 2021, singer Halsey updated her Instagram bio to include the pronoun “they.” Clarifying to fans via an Instagram Story a week later, the singer confirmed: “The inclusion of ‘they’ in addition to ‘she’ feels most authentic to me. If you know me at all, you know what it means to me to express this outwardly. Thanks for being the best.” 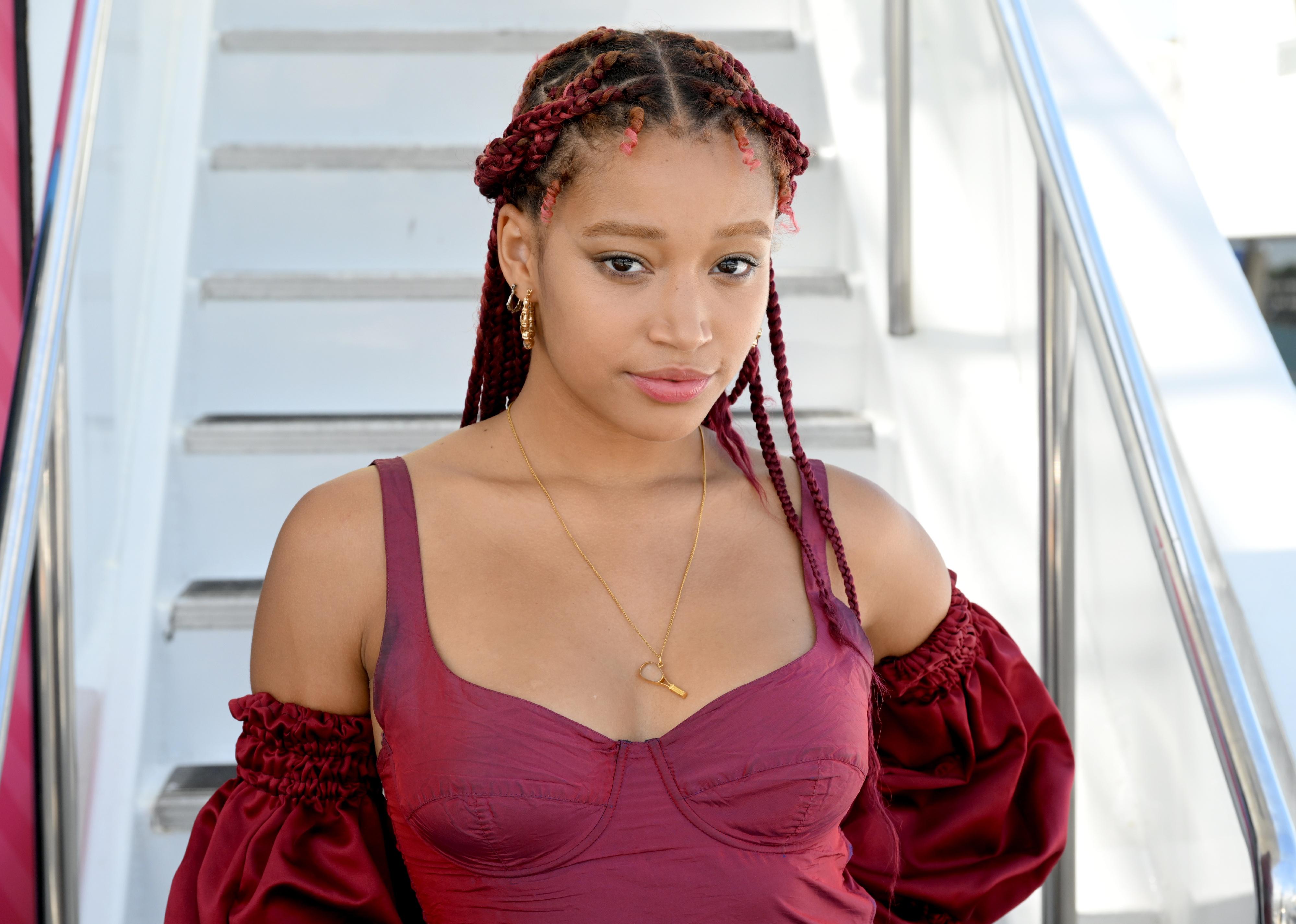 Originally coming out via a Tumblr post in 2016, Amandla Stenberg’s gender identity has been known to fans for most of their career. During an interview with the Washington Post in 2021, Stenberg clarified—after her Wikipedia page was changed to adopt gender-neutral pronouns—that she doesn’t “need those pronouns to feel comfortable” and expressed that it feels “almost detrimental” to those who need them. 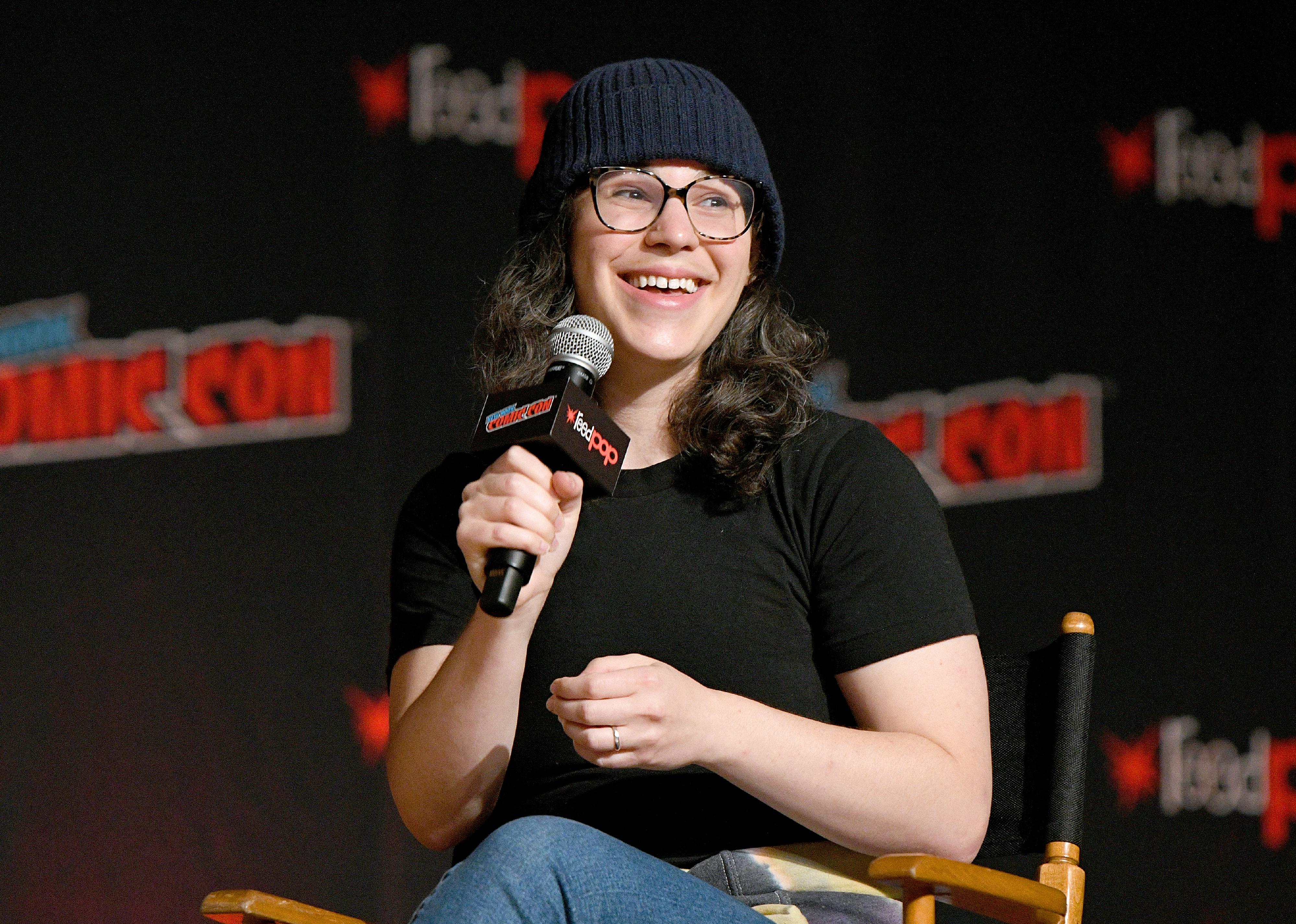 During an interview with NPR about their hit cartoon “Steven Universe,” Sugar stated: “I am also a nonbinary woman, which has been really great to express myself through these characters because it’s very much how I have felt throughout my life.” As of 2022, Sugar uses she/they pronouns.

You may also like: 50 first jobs of famous actors 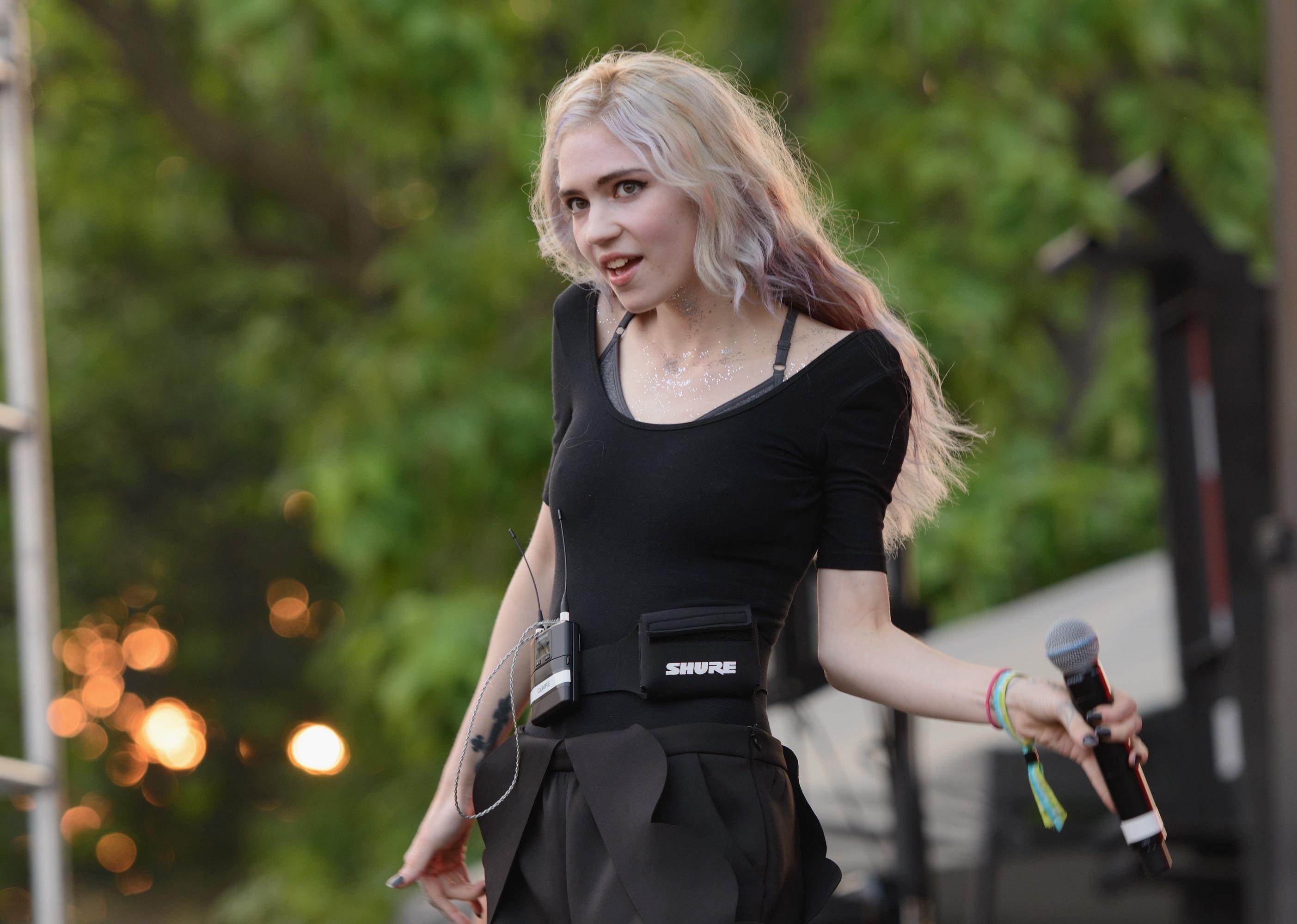 In a now-deleted tweet from 2015, the singer-songwriter shared: “I vibe in a gender-neutral space so I’m kinda impartial to pronouns for myself. Don’t have a preference so much but I wish I didn’t have to be categorized as female constantly.”

In a September 2021 video for Vogue, Grimes spoke about their child calling them by their first name. “Maybe he can sense my distaste for the word ‘mother,’ which I don’t even know why I have a distaste for it. I just— I can’t identify with it, really.” 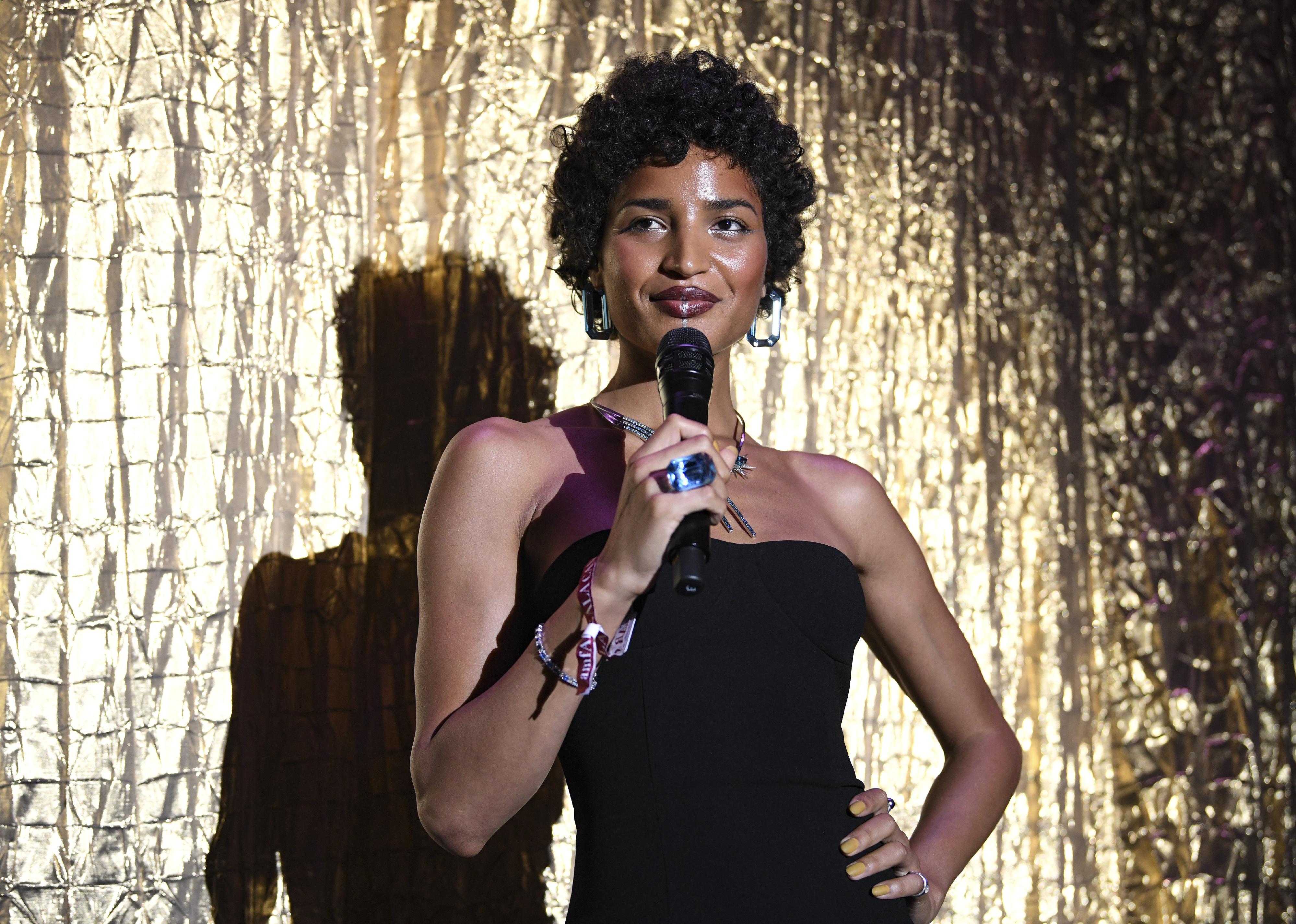 Indya Moore’s shot to stardom came from their breakout role on FX’s “Pose.” They were subsequently named one of Time magazine’s most influential people in the world in 2019 and came out as nonbinary that same year in an interview with Michaela Jaé Rodriguez for L’Officiel.

During the interview, Moore said: “I’m non-binary but I don’t really talk about it that much. I don’t feel like people really are there yet for understanding it, which I don’t mind, but I also acknowledge the way people see me as a woman.” 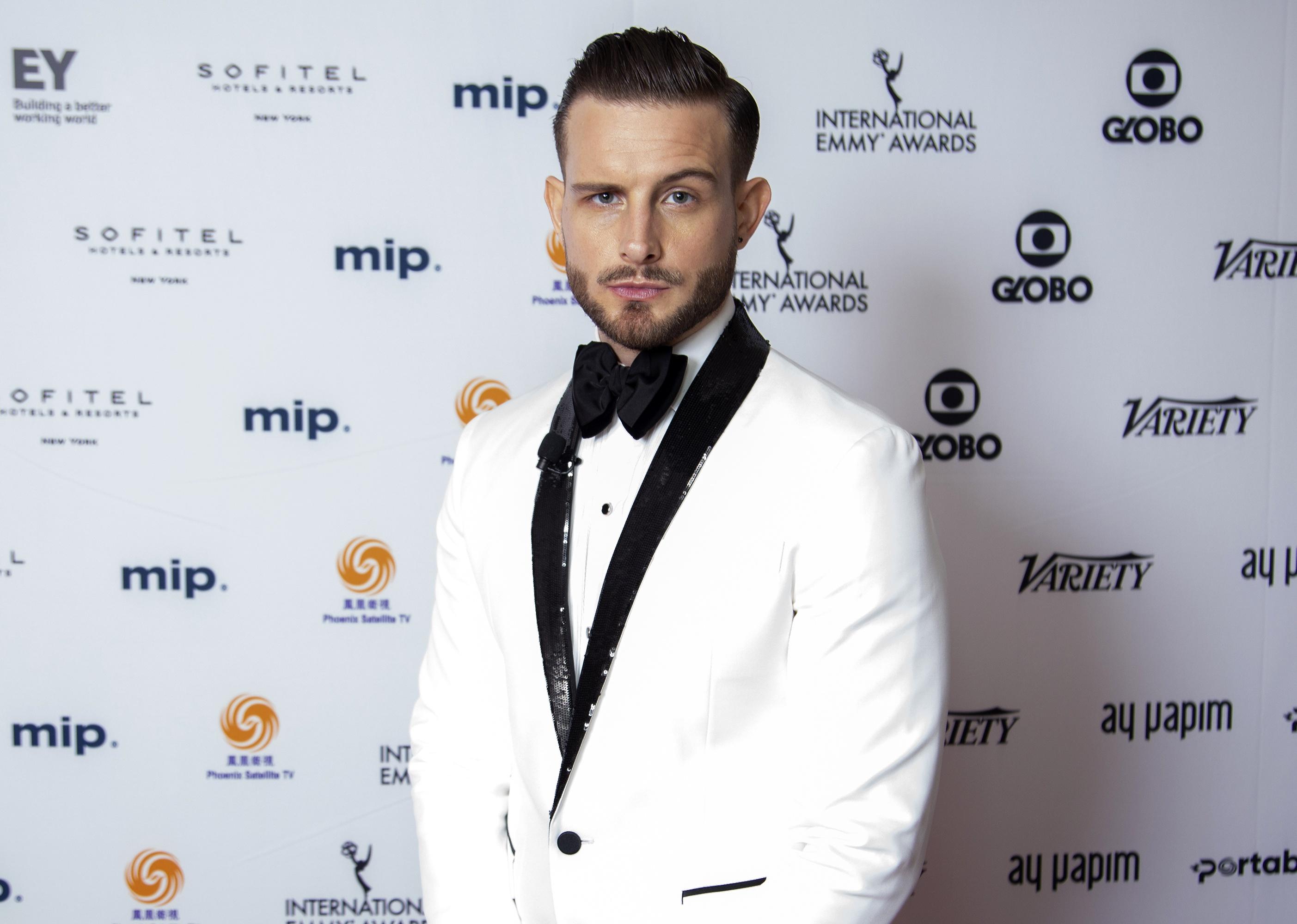 During a 2018 discussion with Trinity “The Tuck” Taylor, Nico Tortorella admitted they had been contemplating their gender identity. “I just pretty recently have come to terms with the fact that maybe I’m not fully cisgender,” Tortorella shared at the time. After walking for New York Fashion Week, the actor called the opportunity “political” and added that it was about more than “throwing on a dress because I’m having fun. It’s to prove a point.” 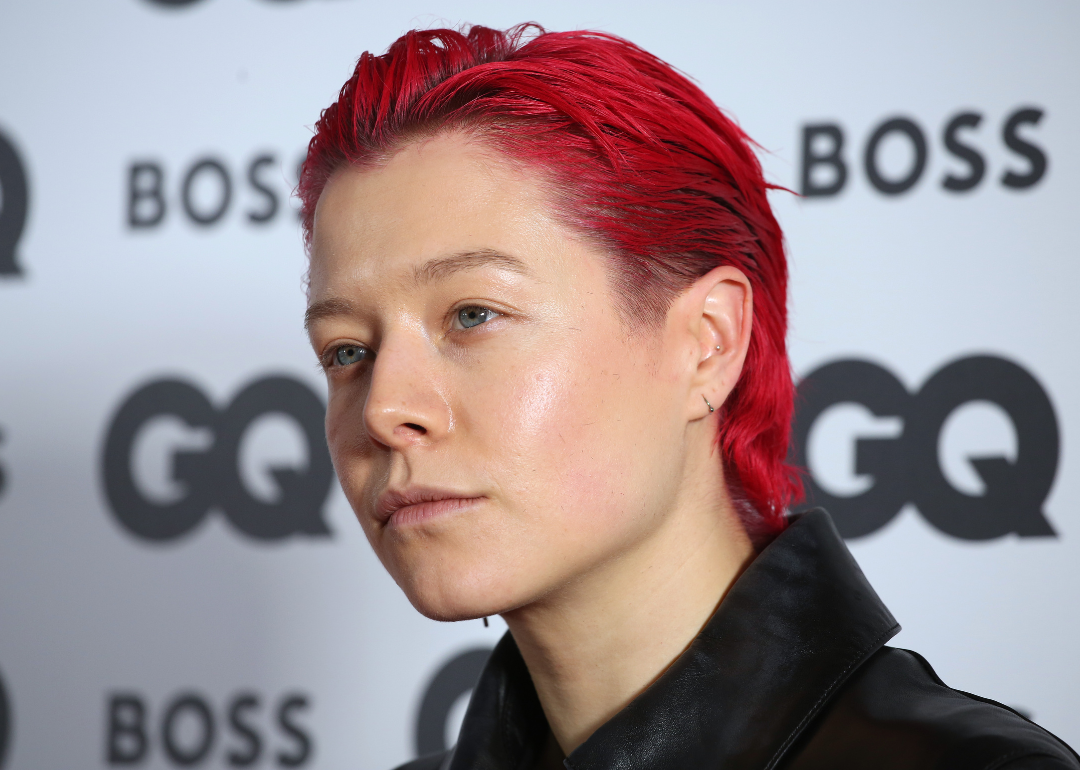 Emma D’Arcy rose to stardom in 2022 as the fearless face of “House of the Dragon” as Rhaenyra Targaryen. The nonbinary Golden Globe-nominated actor explained to The Hollywood Reporter how their gender identity imbued Rhaenyra’s character and struggle with “what it means to be a woman.” In the interview, D’Arcy said: “I’ve always found myself both pulled and repelled by masculine and feminine identity and I think that plays out truthfully here. She can’t attend court in a way that comes easily to other people.” 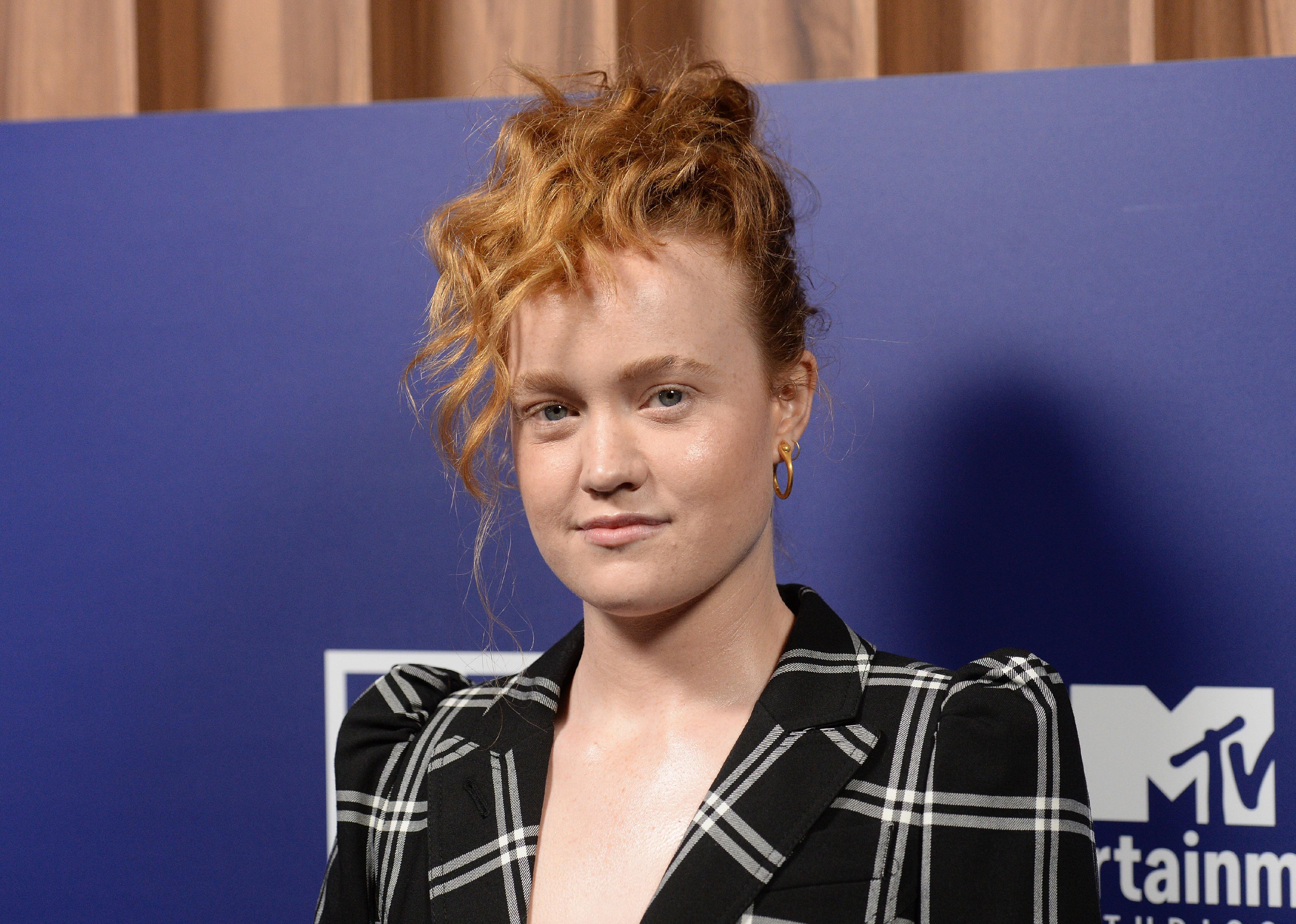