Richest comedians in the world 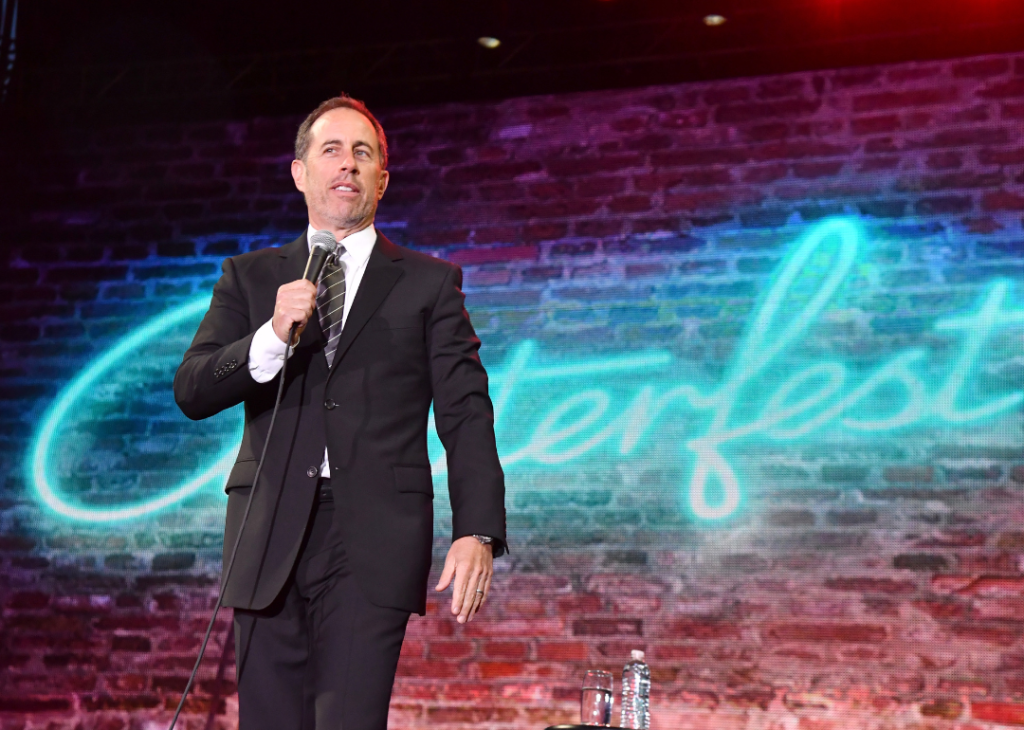 Richest comedians in the world

Want to make a comedian laugh? Tell them you’re getting into comedy to get rich. They might tell you the road ahead is bumpy at best and downright soul-crushing at worst, as one navigates through lonely hotel rooms and lifeless audiences while honing their craft. Only the truly passionate need apply because anyone else is bound to be disappointed.

And yet, for the precious few who do succeed, comedy can pay off quite handsomely. For proof, look no further than the world’s richest comedians. Whether through writing, performing, or both, these individuals have forged an enduring path and reaped spectacular rewards as a result. It’s said that laughter is the best medicine. And they’ve deftly managed to fill the most prescriptions.

So who’s earned the most buck for their comedic bang? Examples include such comedians as ventriloquist Jeff Dunham, movie star Adam Sandler, and iconic show creator Seth MacFarlane, among other funny people. If there’s a throughline, it’s that one must find their own distinctive voice and nurture it over time, even as one evolves stylistically or explores different mediums.

Stacker gathered data from Celebrity Net Worth on entertainment’s richest comedians and itemized the top 25 by current net worth. The net worth figures on this list were calculated using a proprietary formula that factored in the publicly available data about each person including salaries, real estate holdings, divorces, record sales, royalties, and endorsements—minus estimated taxes, manager’s fees, agent fees, and lifestyle expenses.

You may also like: David Bowie: The life story you may not know 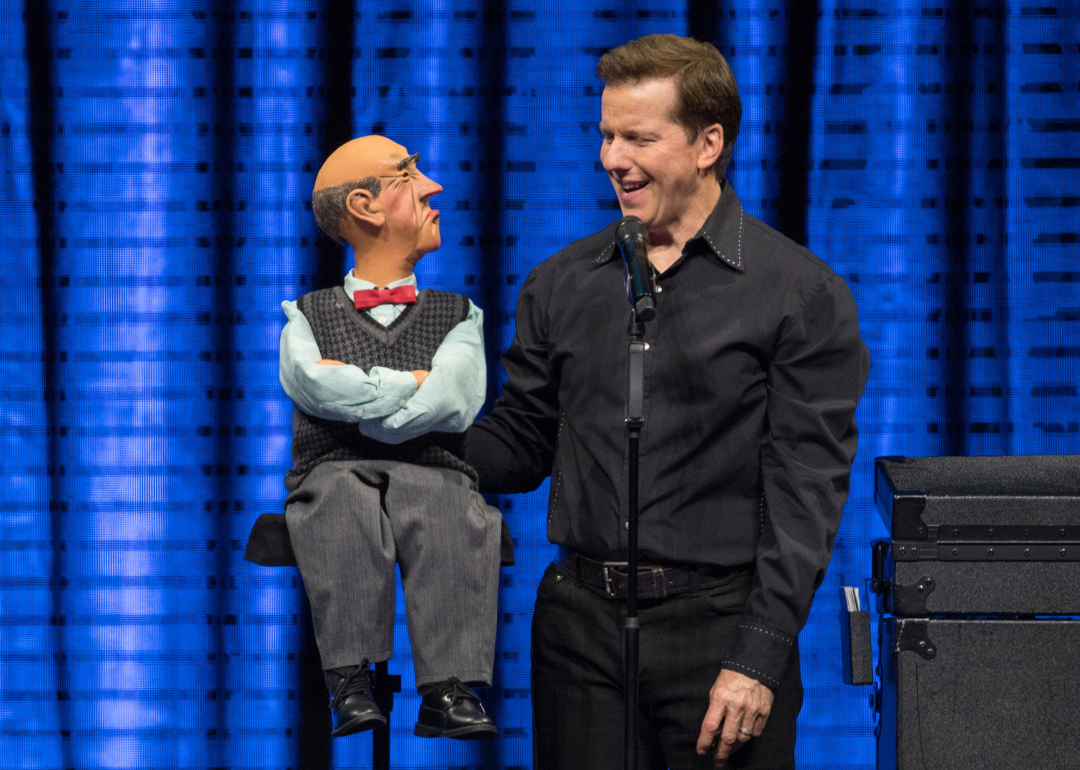 Megapopular ventriloquist and stand-up comic Jeff Dunham lets his “suitcase posse” of puppet characters talk dirty on his behalf. His unique brand of offensive yet endearing humor has given way to various TV specials as well as his own sketch comedy series. He holds a Guinness World Record for the most tickets sold for a stand-up comedy tour. 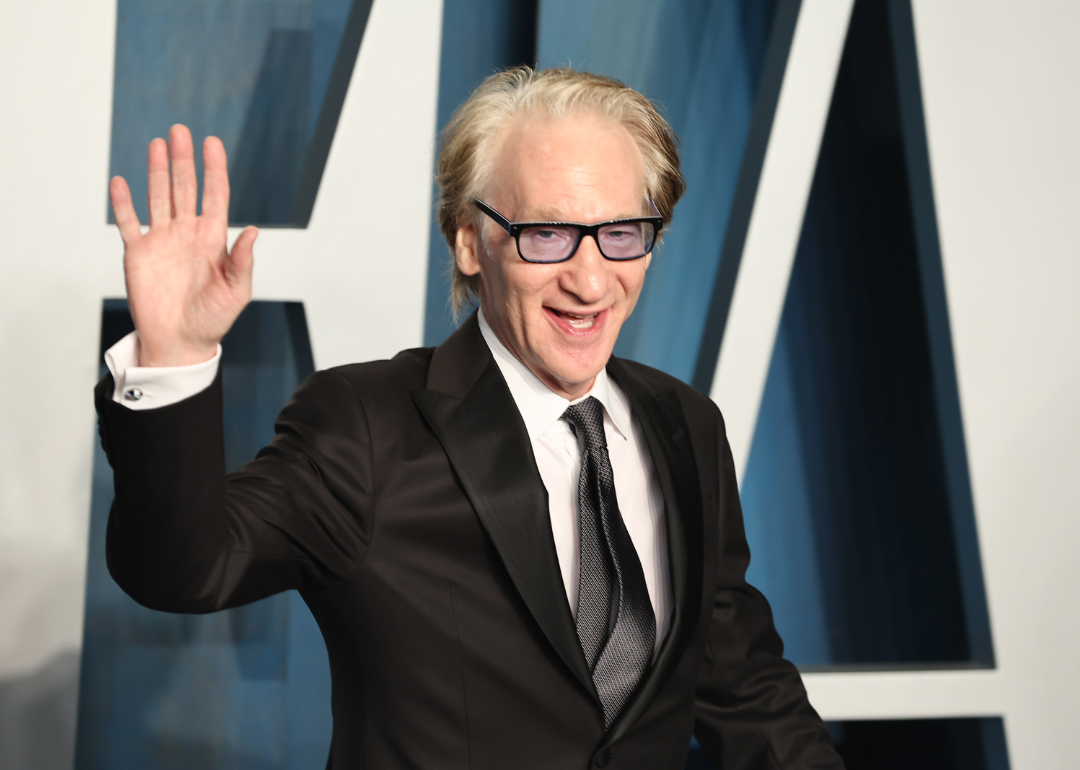 A Cornell University graduate and former pot dealer, Bill Maher came up in the 1980s as a stand-up comic who scored occasional acting work. He turned his political views into a full-time gig as the creator and host of ABC’s “Politically Incorrect” and then HBO’s “Real Time.” Similarly outspoken on the subject of religion, his 2008 documentary “Religulous” made just over $13 million at the domestic box office on a reported budget of $2.5 million. 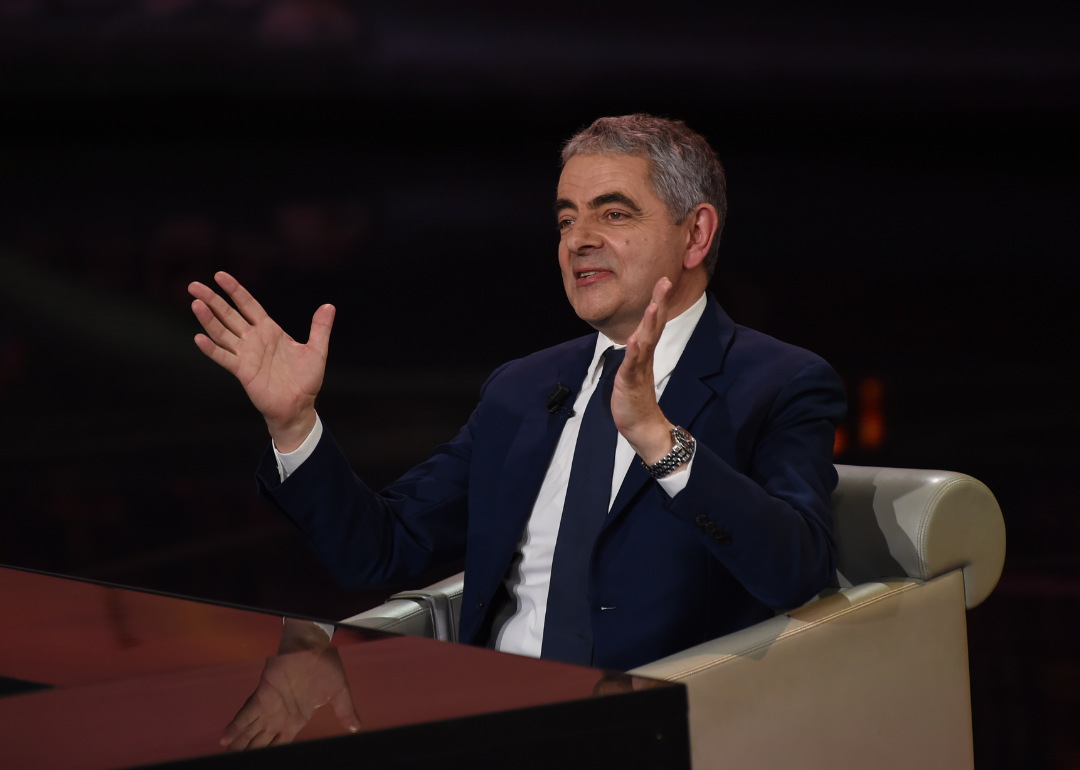 This British talent was a sitcom and sketch comedy stalwart by the time he co-created and starred in the hit series “Mr. Bean,” which centers on the mumbling and bumbling title character, who Atkinson once described as “essentially a child trapped in the body of a man.” The show became an international sensation, spawning an animated spinoff series and two feature films, among other things. 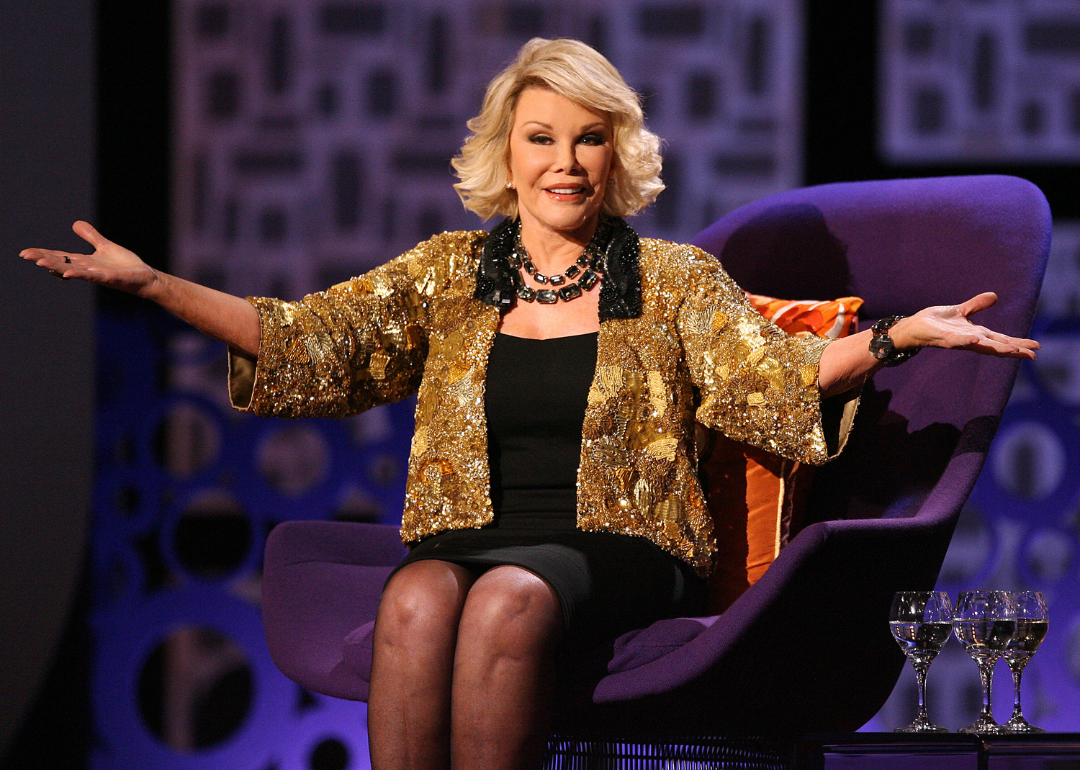 Comedy icon Joan Rivers launched her stand-up career alongside legendary names such as George Carlin and Richard Pryor. She gained prominence as a frequent guest on “The Tonight Show” before hosting a late-night series of her own. Subsequently, her career straddled multiple mediums and included a long-running gig on the QVC Network. 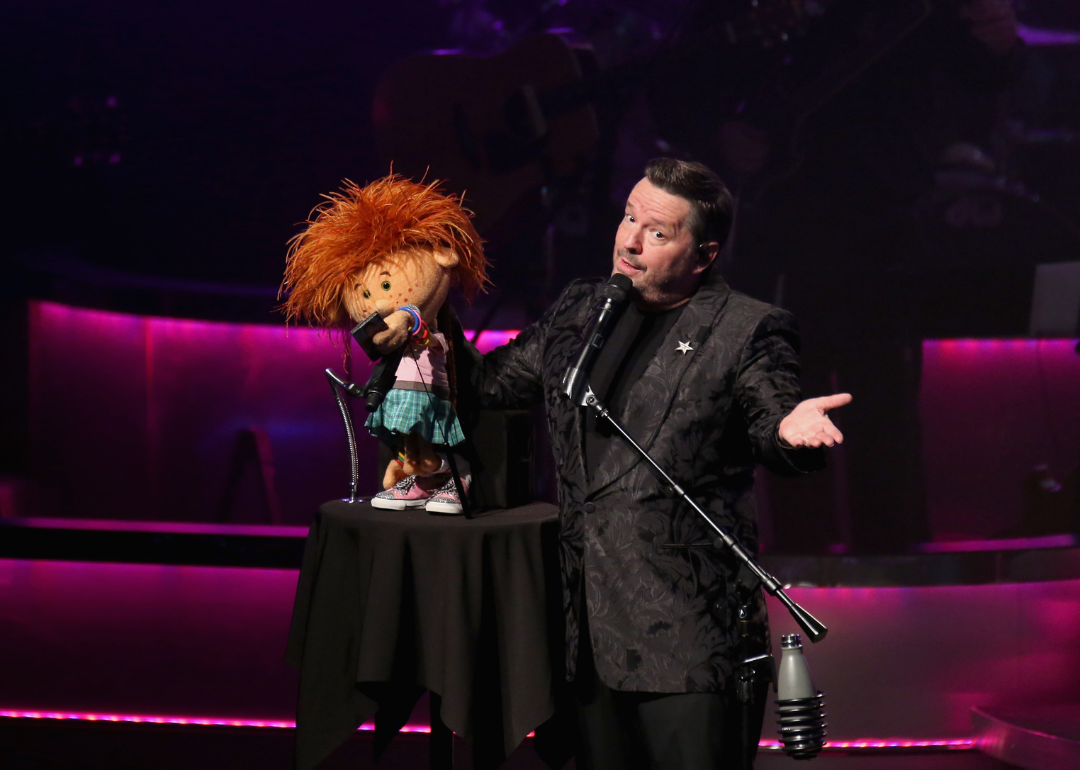 A ventriloquist and impressionist, Terry Fator was almost ready to give up on show business by the time he won the second season of “America’s Got Talent.” His career took off immediately thereafter, leading to Las Vegas residencies and various TV appearances. Fans can currently find him performing at the New York-New York Hotel & Casino. 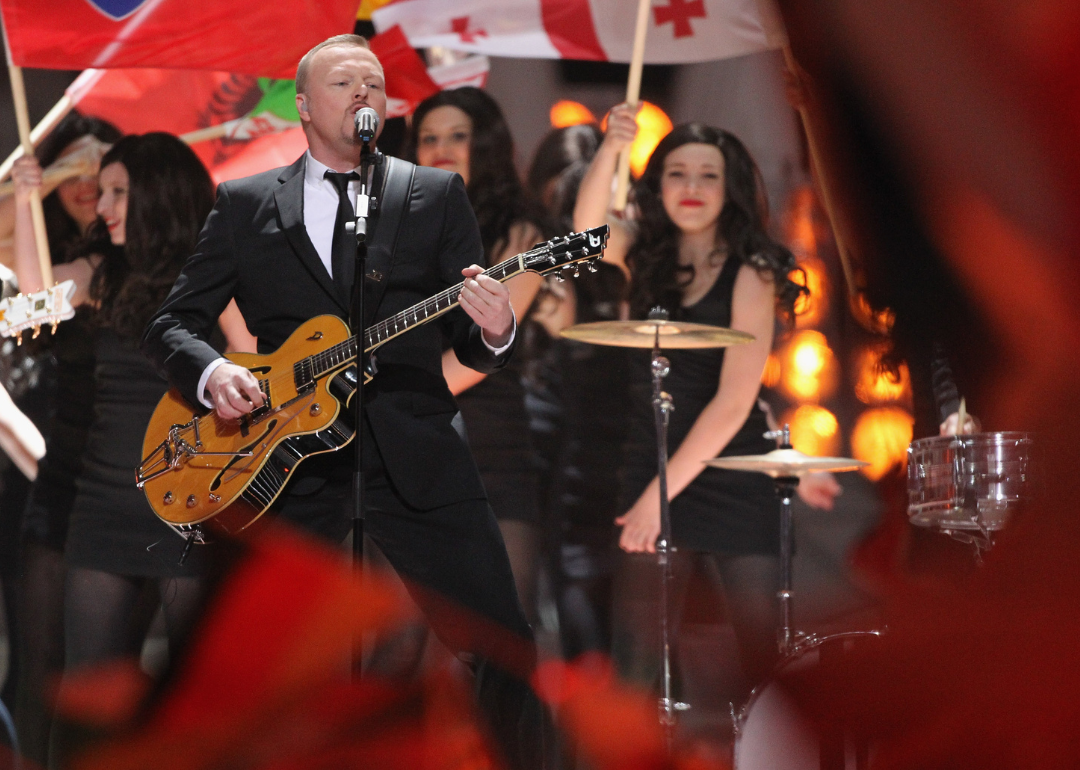 Once known as the “most powerful man in German television,” Stefan Raab hosted the comedy-based talk shows “Vivasion” and “TV Total.” He’s also contributed to the Eurovision Song Contest as a performer, songwriter, and producer. In 2015, he retired from television to focus primarily on production. 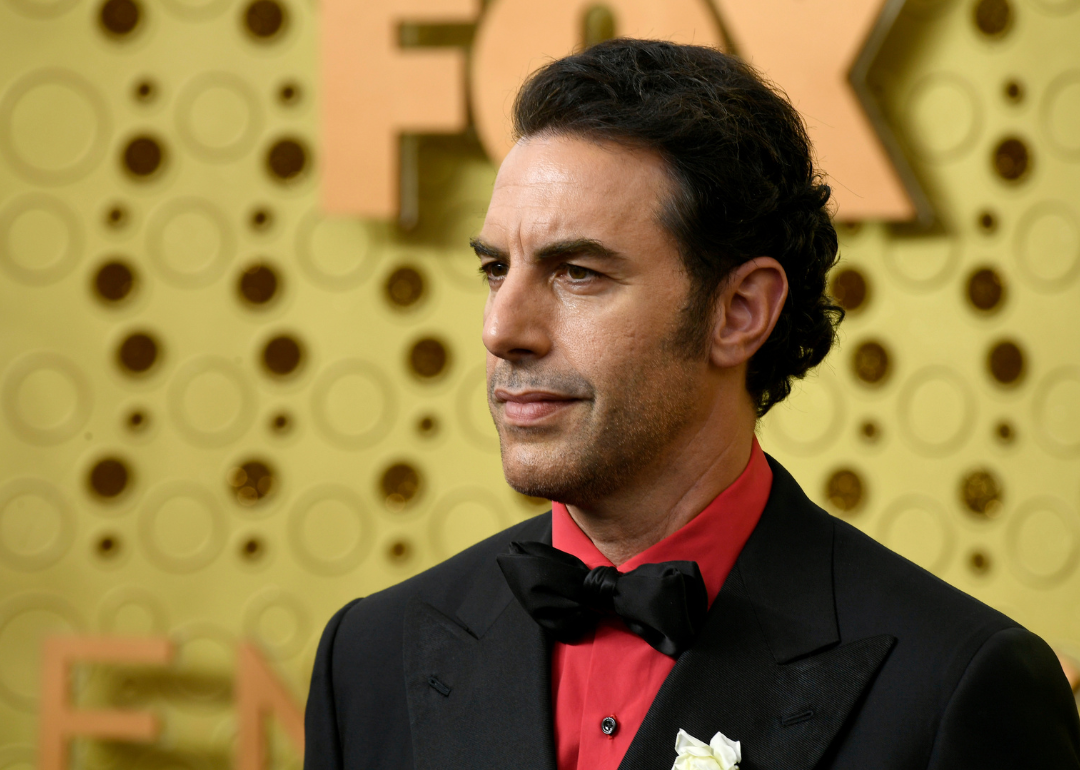 This fearless British gadfly rose to fame by playing an assortment of satirical characters on the hit series “Da Ali G Show.” Sasha Baron Cohen achieved even greater success by giving each character a respective feature film, including the blockbuster 2006 comedy “Borat.” He recently showed off his dramatic chops in Aaron Sorkin’s historical drama “The Trial of the Chicago 7.” 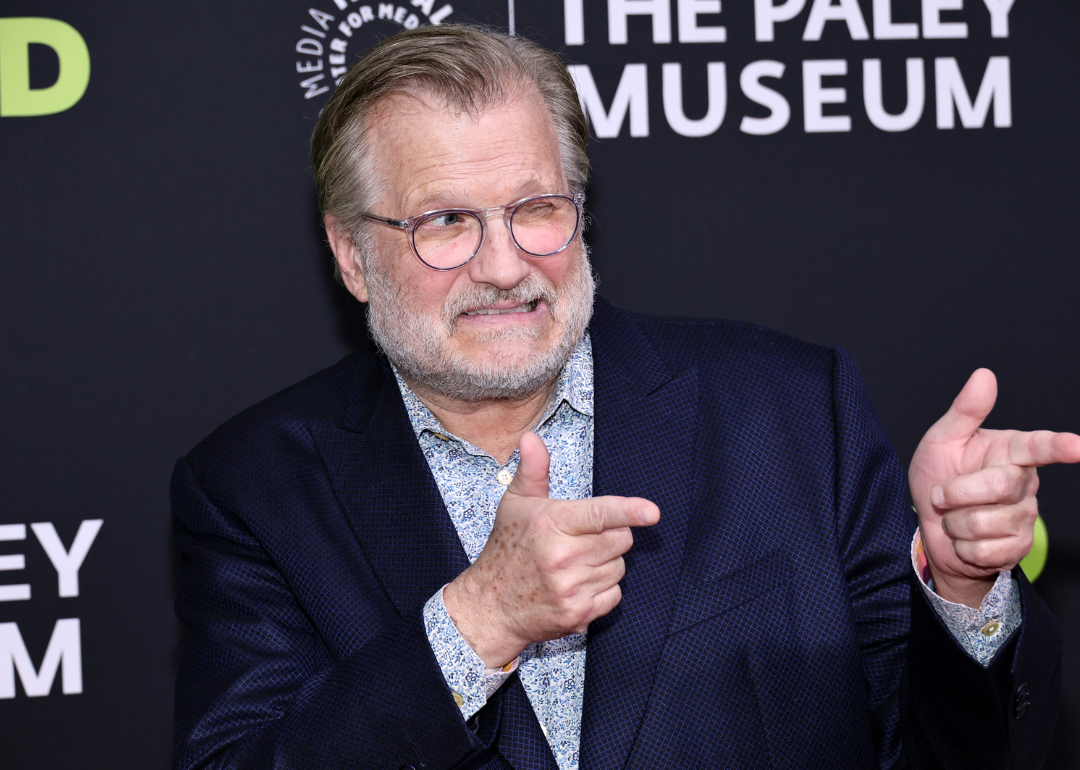 A former member of the Marine Corps Reserve, Carey originally pursued stand-up comedy in his native city of Cleveland. Supporting roles in TV and film helped pave the way for his eponymous sitcom, which ran for nine seasons. When adjusted for inflation, he was reportedly earning $1 million per episode at the height of the show’s success. 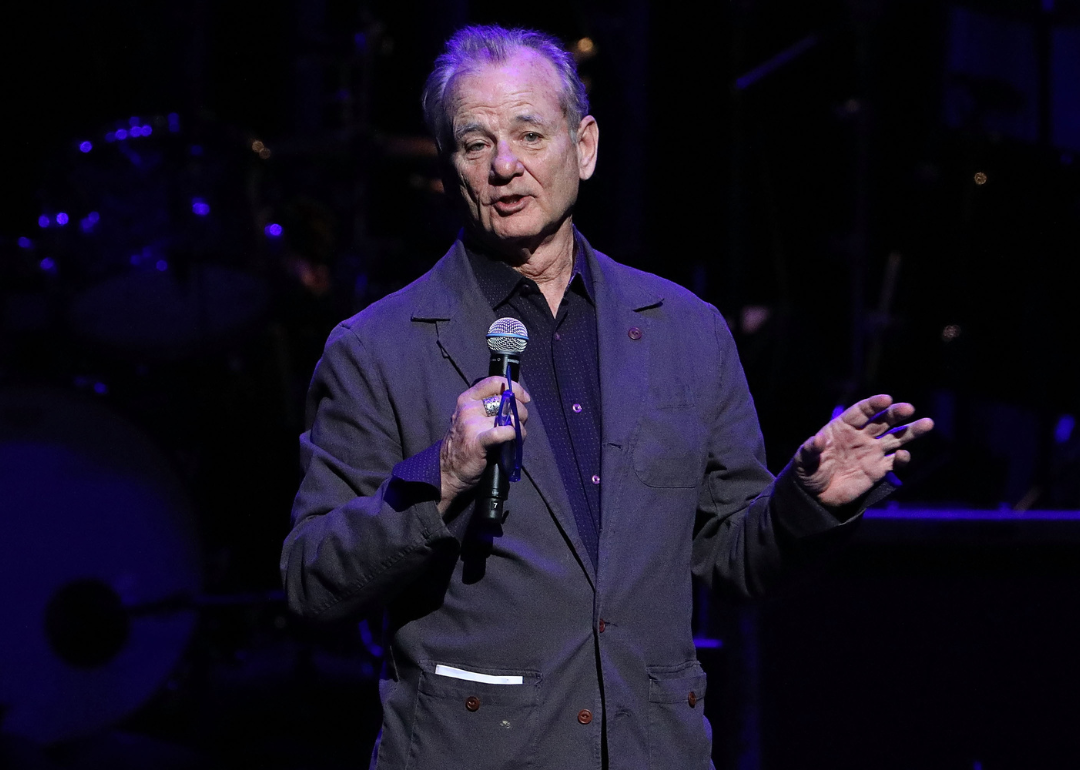 Before establishing himself as a major film star throughout the 1980s and 1990s, Bill Murray kicked off his career in sketch comedy. He’s worked fairly steadily since and channeled his signature persona into various genres. Savvy deal-making reportedly earned him around $125 million (unadjusted for inflation) on the first two “Ghostbusters” movies alone. 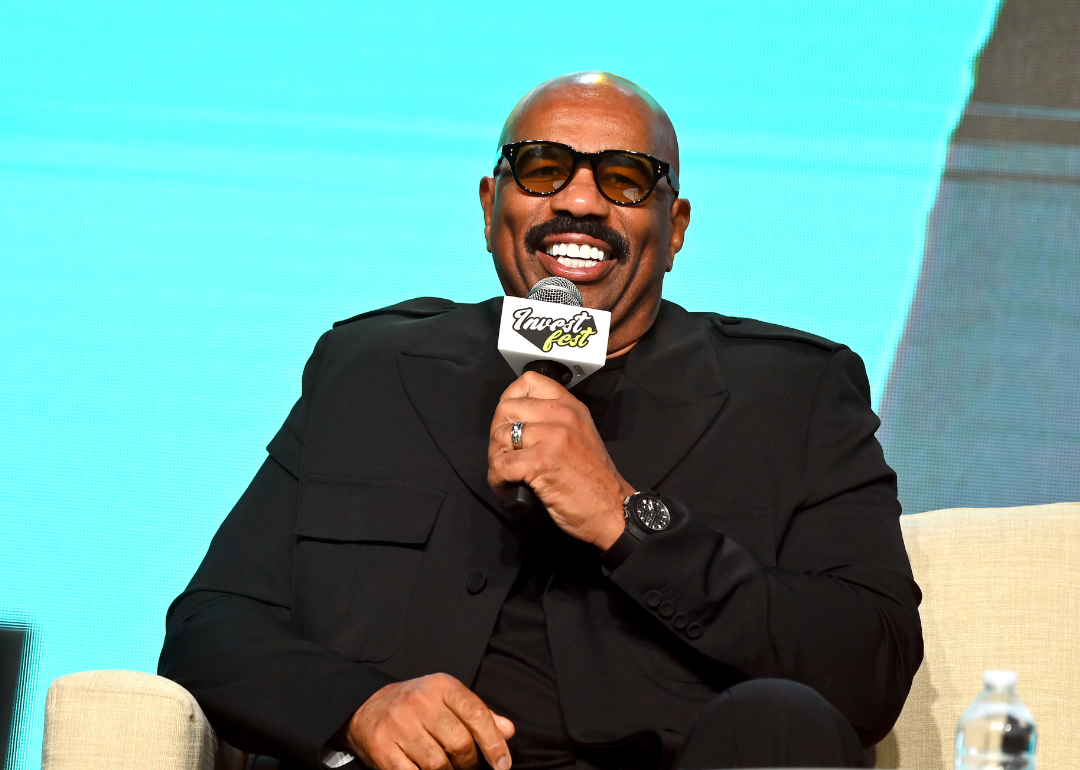 Steve Harvey worked a variety of menial jobs and even experienced homelessness before breaking out with a career in stand-up comedy. He was soon headlining a popular sitcom and performing alongside other legendary comics as part of the lucrative “Kings of Comedy” tour. High-profile hosting gigs would follow and so would the Steve & Marjorie Harvey Foundation, which specializes in youth outreach. 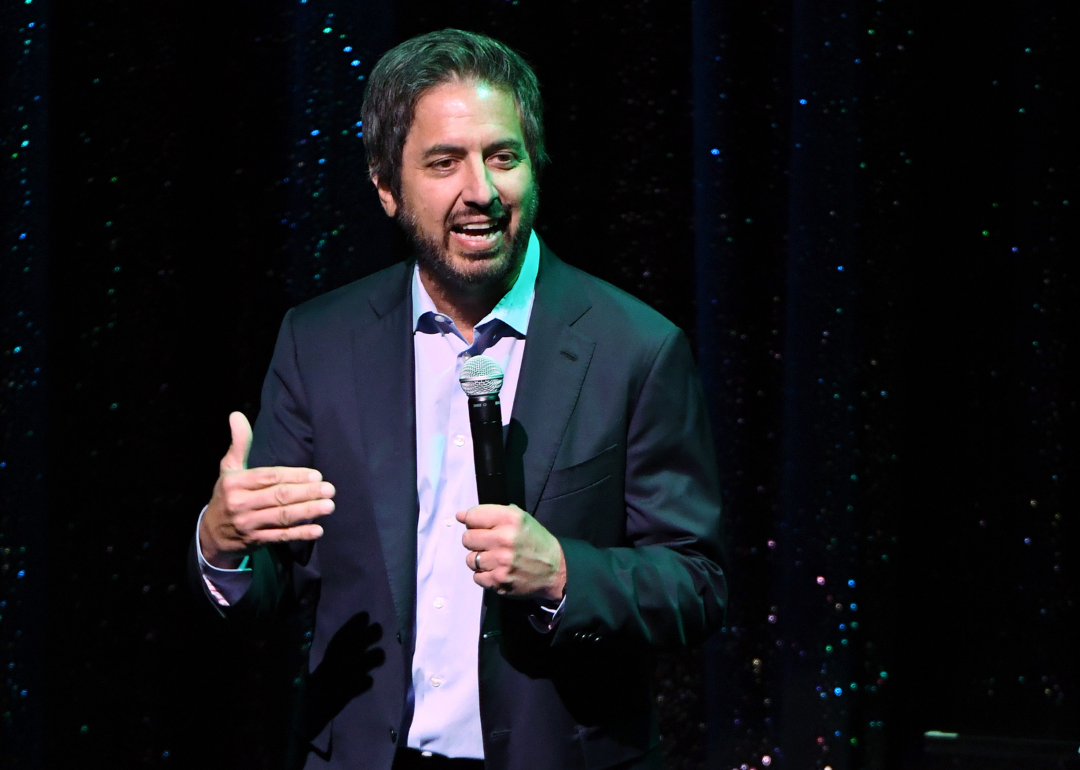 Everybody must love Raymond because how else could one explain this comedian’s massive net worth? It’s been reported that he was earning $800,000 per episode by season five of his popular sitcom. He continues to perform stand-up and appears in both TV shows and movies to this day. 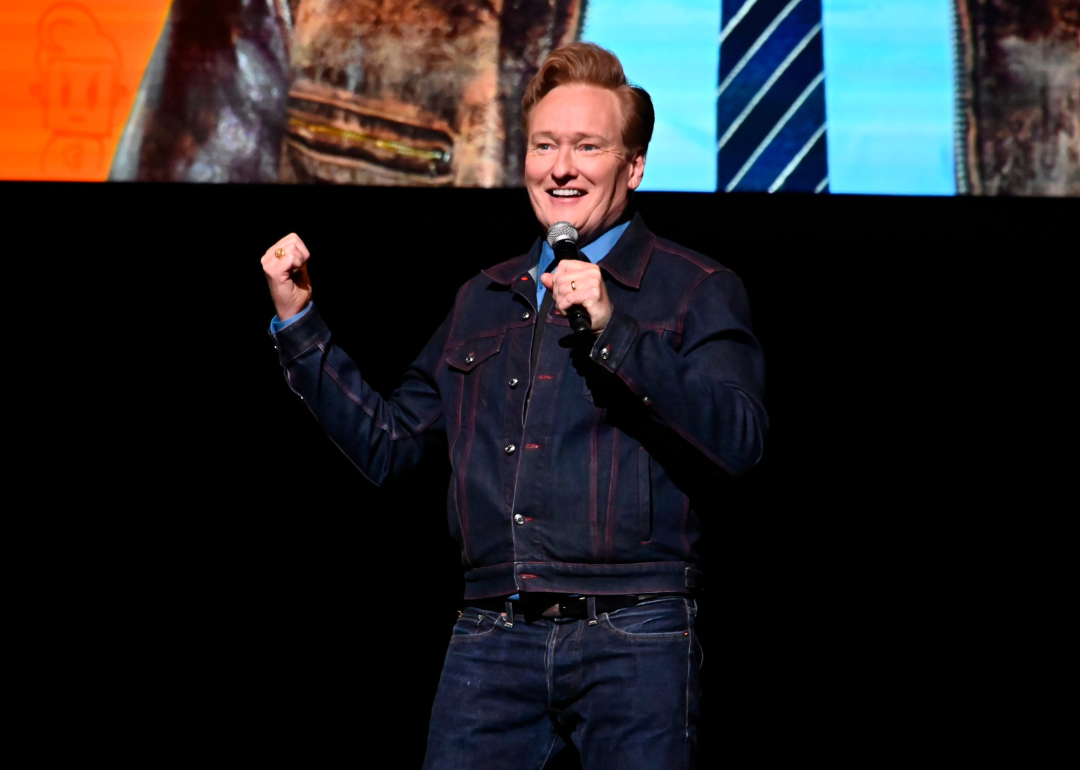 This TV host and comedian turned his late-night popularity into a full-blown media empire with the founding of the production company Team Coco. His podcast “Conan O’Brien Needs a Friend” averaged over nine million monthly downloads in 2021. Thanks to a deal struck in 2022 with SiriusXM, he’s expected to send his net worth skyrocketing even higher. 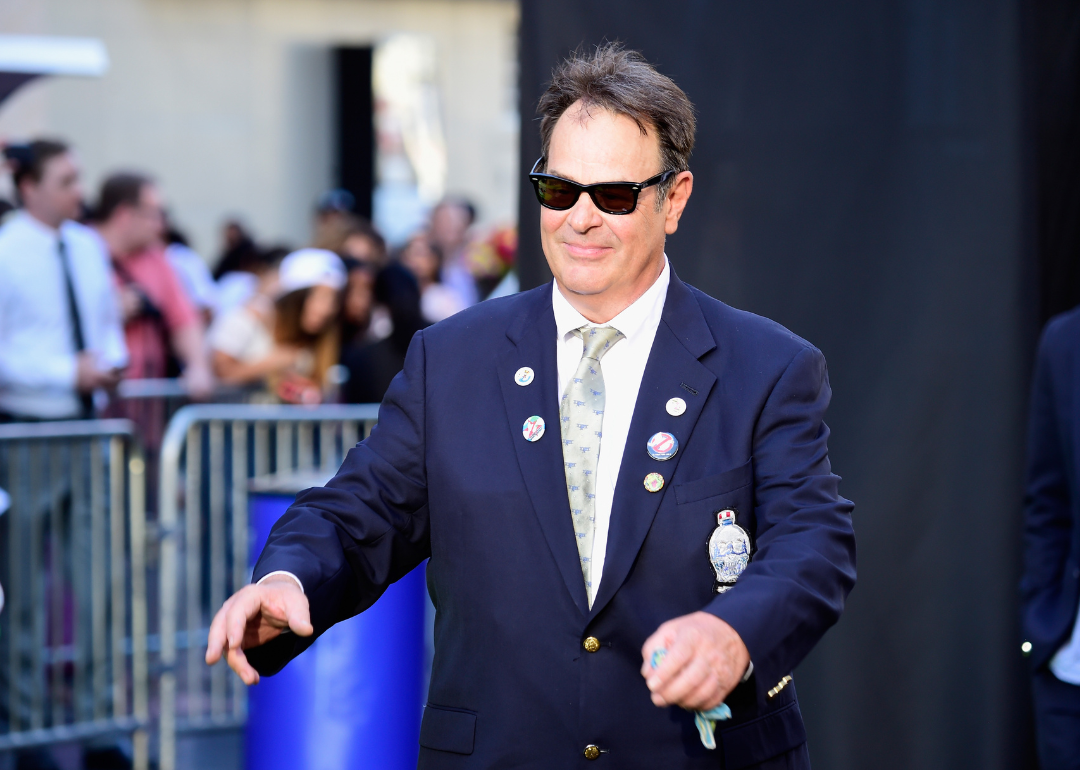 This “Saturday Night Live” alum-turned-movie star is far more productive than his well-known acting career would suggest. Behind the scenes, he helped create such enduring films as “Ghostbusters” and “The Blues Brothers.” He also co-founded both the House of Blues venue and restaurant chain as well as Crystal Head vodka. 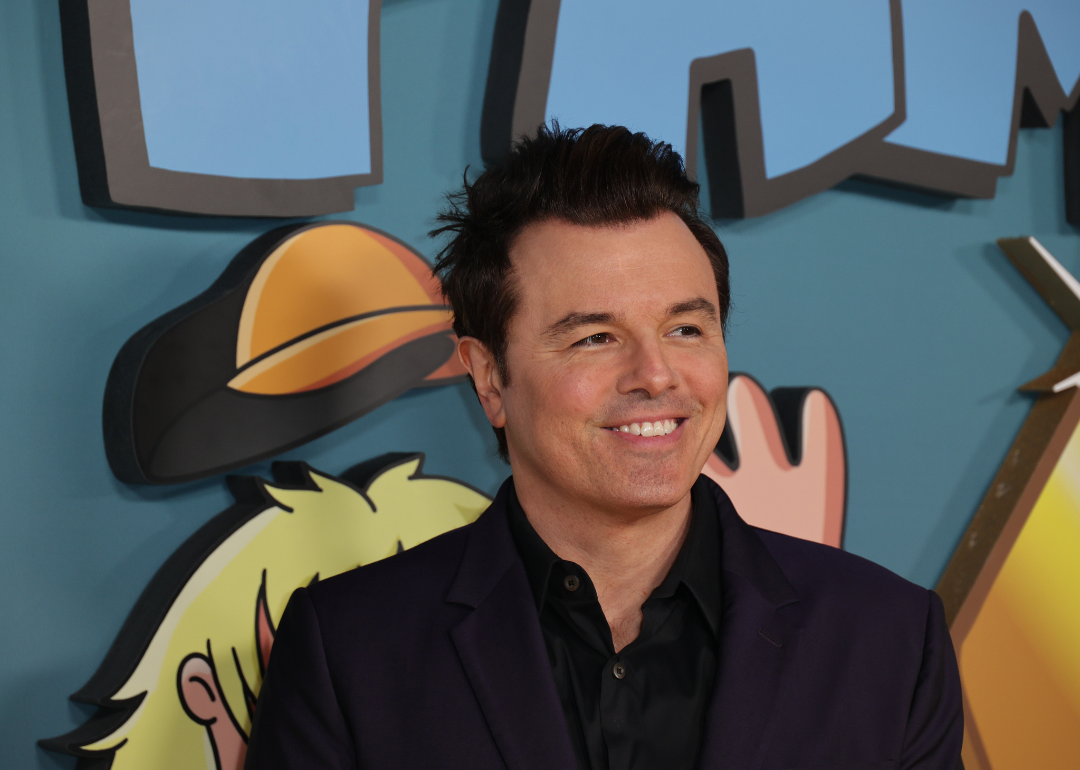 A creator of massive hits on both the big and small screen, Seth MacFarlane is also a talented voice actor and singer. “Family Guy” remains the work for which he’s best known, and it’s currently in the middle of its 21st season. In 2020, he signed a $200 million deal with NBCUniversal. 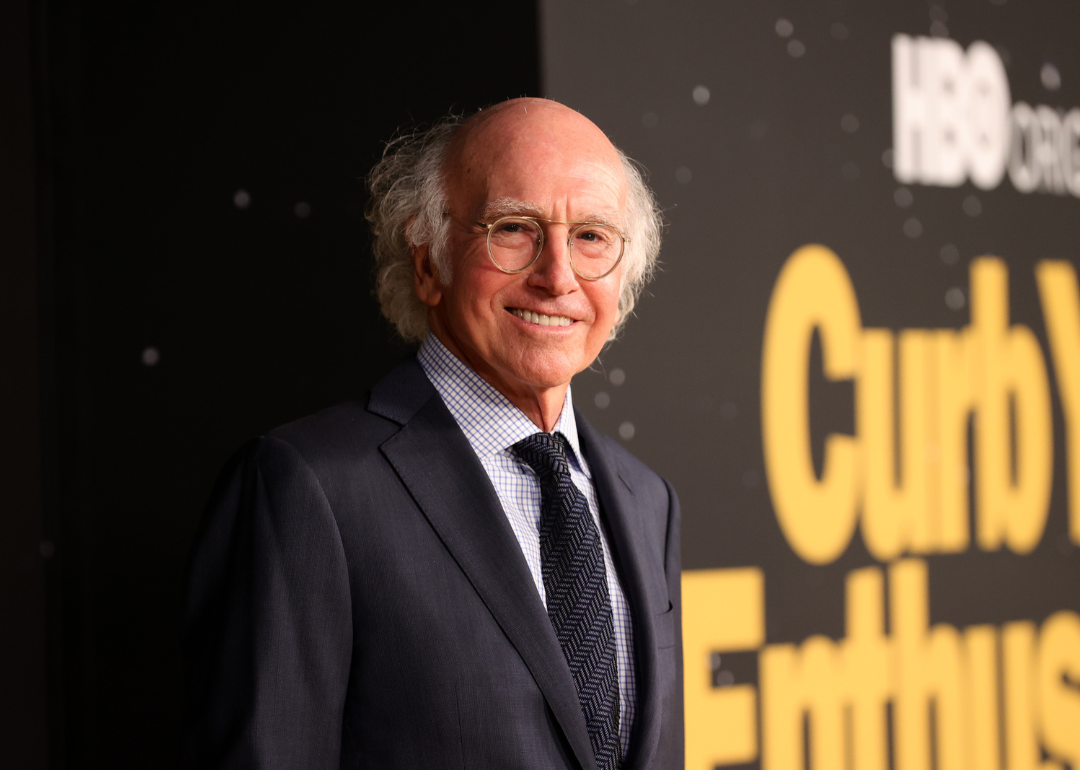 Unsuccessful as a stand-up comic, Larry David turned his anti-social instincts into TV gold. Most of his fortune comes from selling and then reselling the rights to the smash sitcom “Seinfeld,” which he co-created. His similarly popular HBO series “Curb Your Enthusiasm” has also netted him a small fortune. 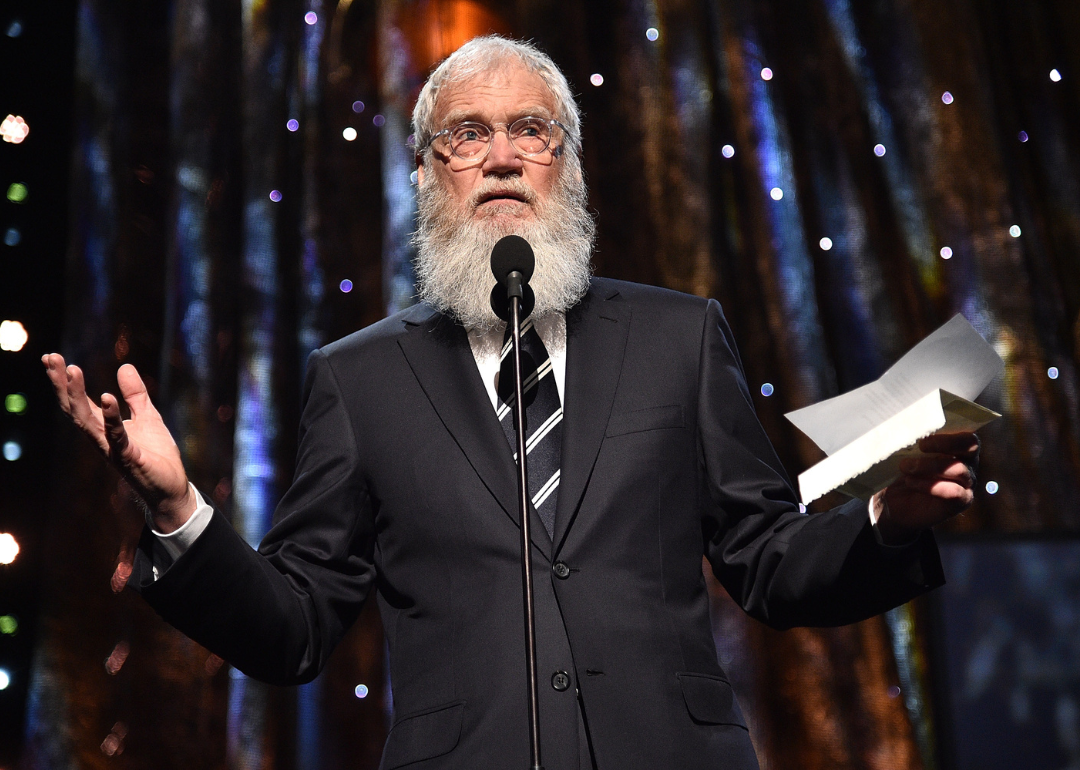 David Letterman was a quirky Indianapolis weatherman and rising comedy star before he became the king of late-night television. His production company Worldwide Pants produced his self-titled talk show and other hits such as “Everybody Loves Raymond.” He currently hosts “My Next Guest Needs No Introduction with David Letterman” on Netflix. 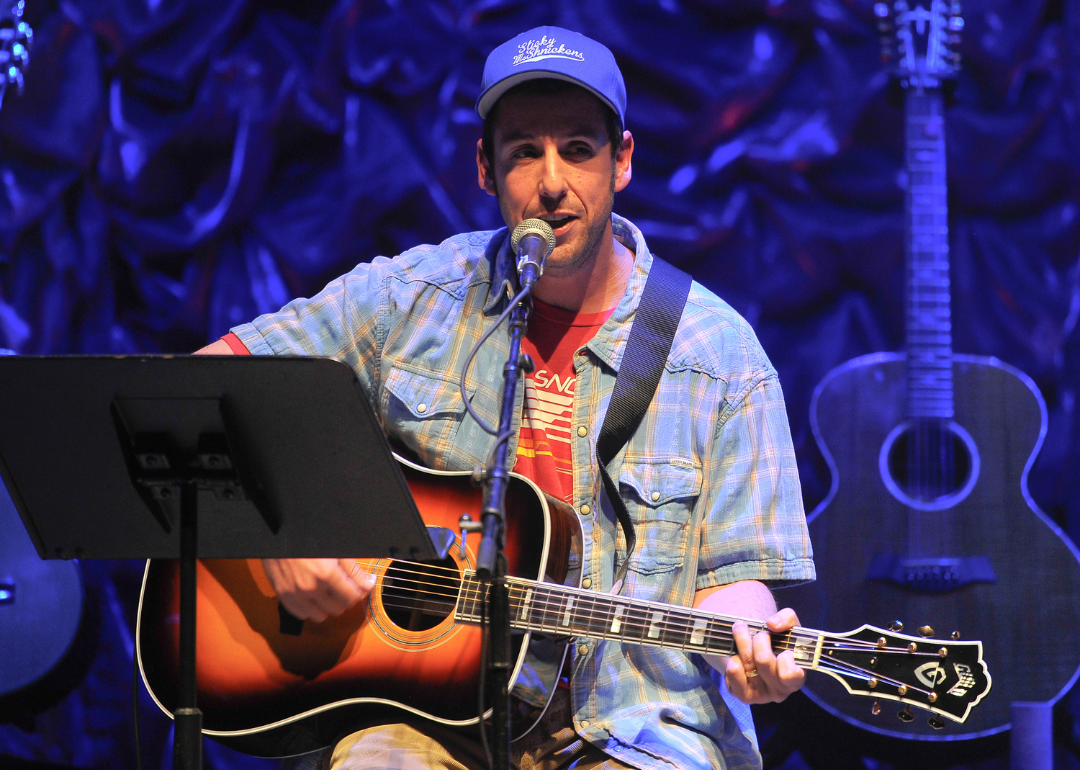 Industry trends may come and go, but Adam Sandler continues to draw legions of viewers after three decades. Following the success of 2019’s “Murder Mystery,” the comedy star extended his production deal with Netflix for a reported $250 million. Upcoming movies include “Murder Mystery 2” and another collaboration with “Uncut Gems” co-directors the Safdie brothers. 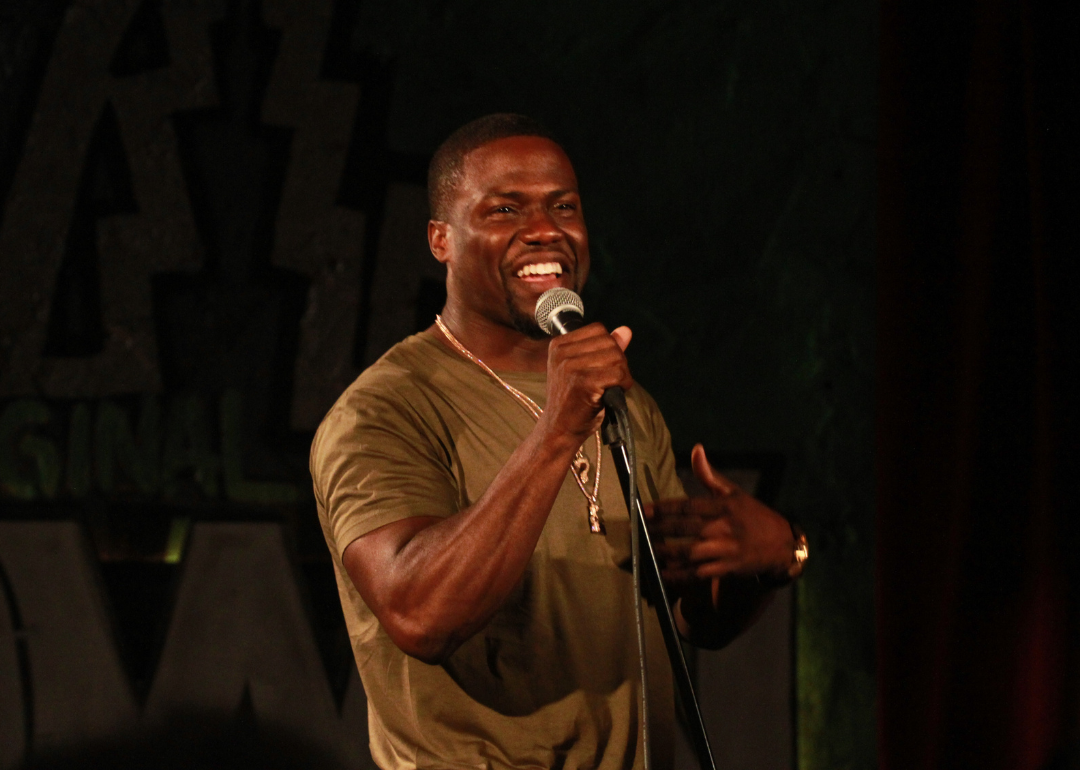 One of the hardest-working men in show business, Kevin Hart continues to earn big bucks through major film roles and successful stand-up tours. He recently merged two companies to form the media venture Hartbeat, which is valued at approximately $650 million. Once Hartbeat’s chief executive, he remains chairman of its board. 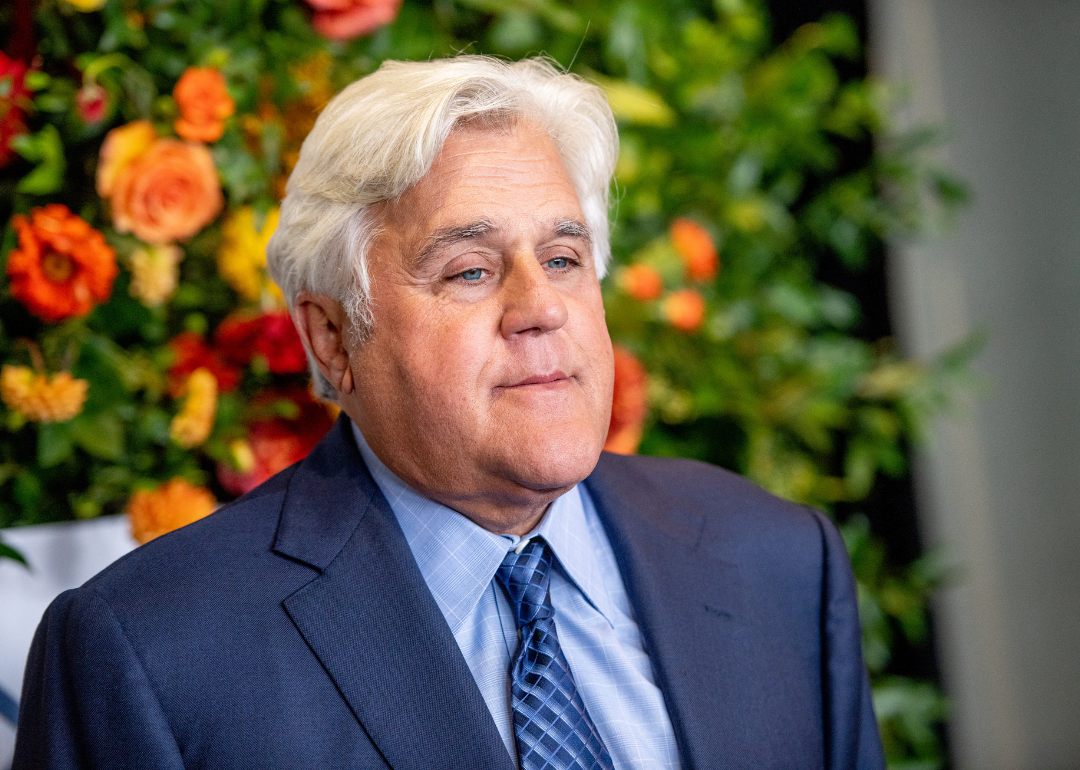 This former late-night TV titan definitely knows how to spend his fortune, with a massive collection of rare cars and motorcycles as proof of his vast riches. According to reports, Jay Leno once earned as much as $30 million per year as the host of “The Tonight Show.” Still an active entertainer, he hosts the series “Jay Leno’s Garage” and continues to perform stand-up. 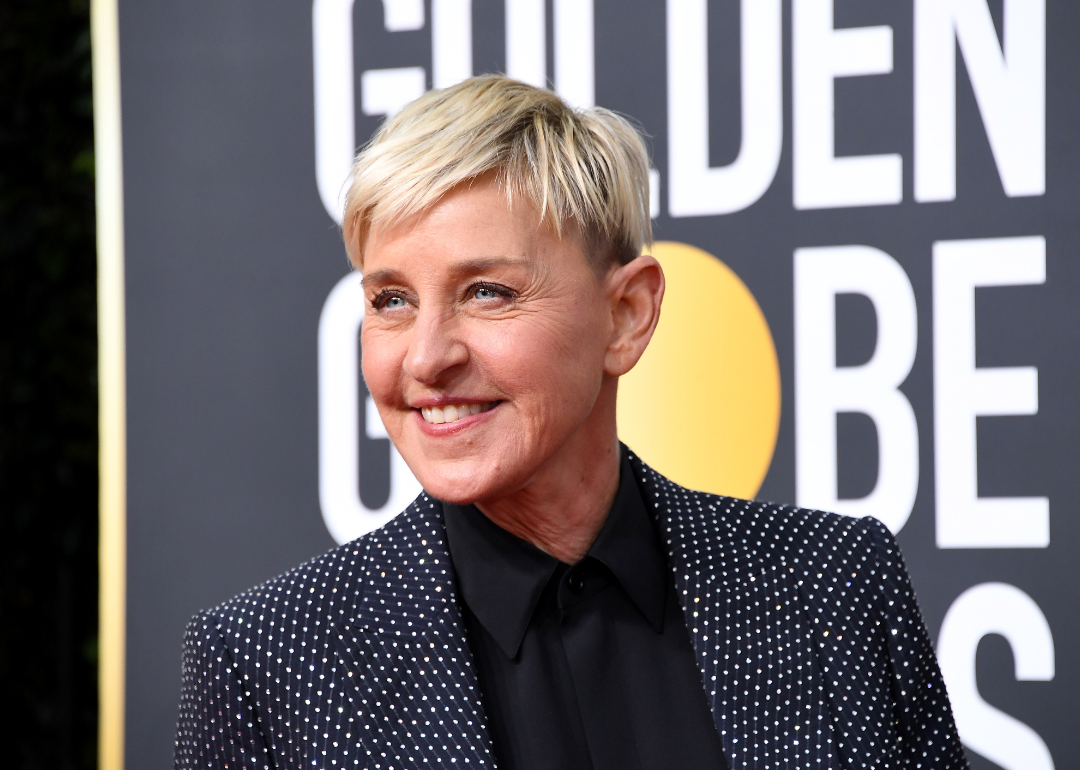 In 1986, Ellen DeGeneres became the only female stand-up comic invited to sit on Johnny Carson’s couch after an inaugural performance on his show. She made history yet again by coming out as gay on her eponymous sitcom in 1997. Her career rebounded in 2003 with the debut of her talk show, which ran for 19 seasons and turned her into a very wealthy celebrity. 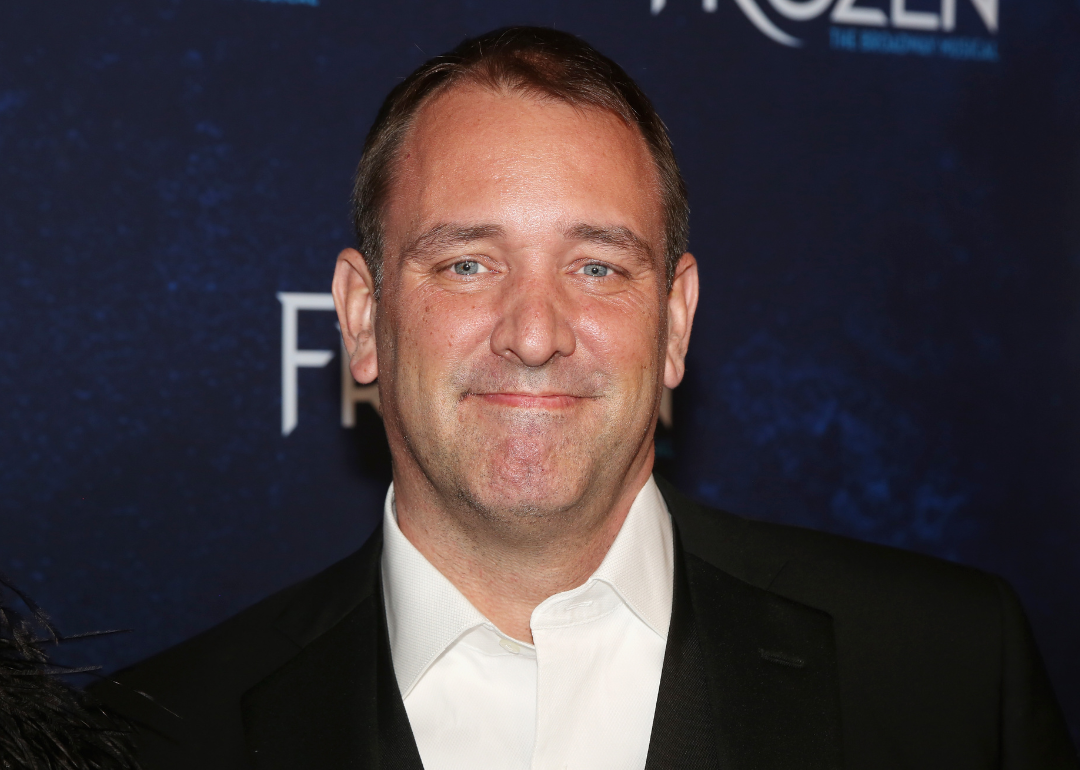 Trey Parker was exploring controversial comedy as early as age 11 when he grossed out his schoolmates during a talent show. He fine-tuned those provocative instincts over time and co-created the animated comedy series “South Park,” which debuted on Comedy Central in 1997. In 2021, he and Matt Stone signed a deal worth a reported $900 million with the Paramount+ streaming network. 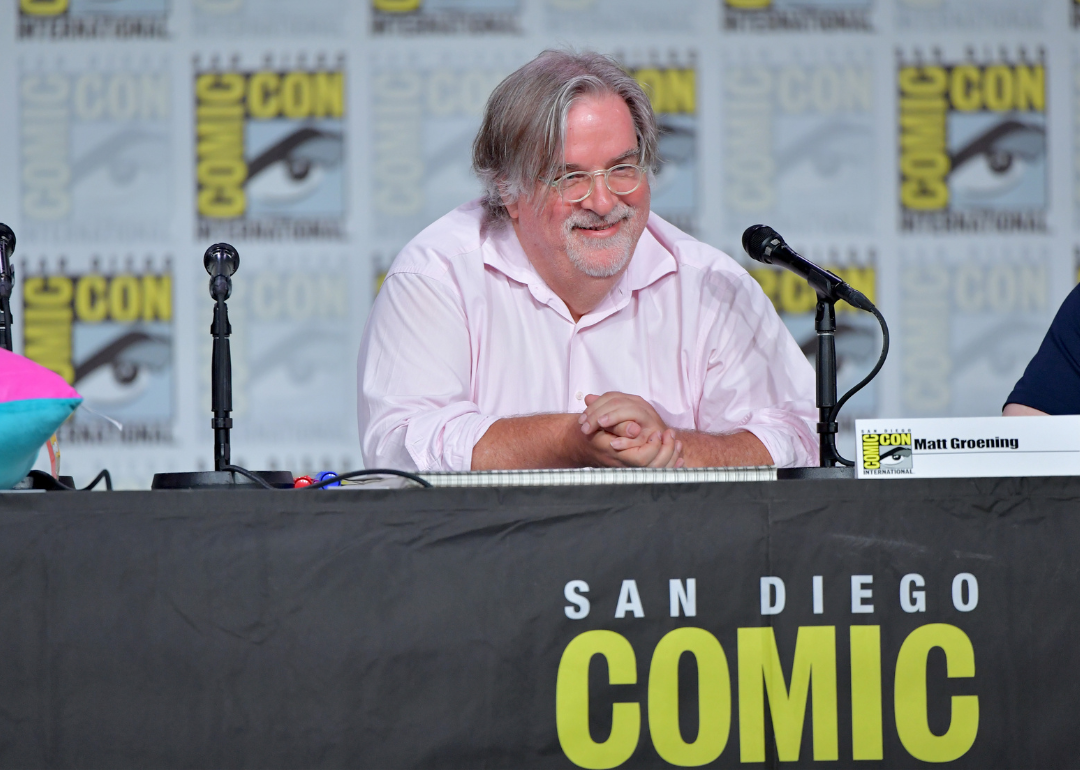 While not a comedian in the traditional sense, animator Matt Groening did create one of the most enduring comedy shows in the history of television. Now in its 34th season, “The Simpsons” holds a Guinness World Record for the longest-running animated sitcom. His additional works include the “Life is Hell” comic strip and the TV shows “Futurama” and “Disenchantment.” 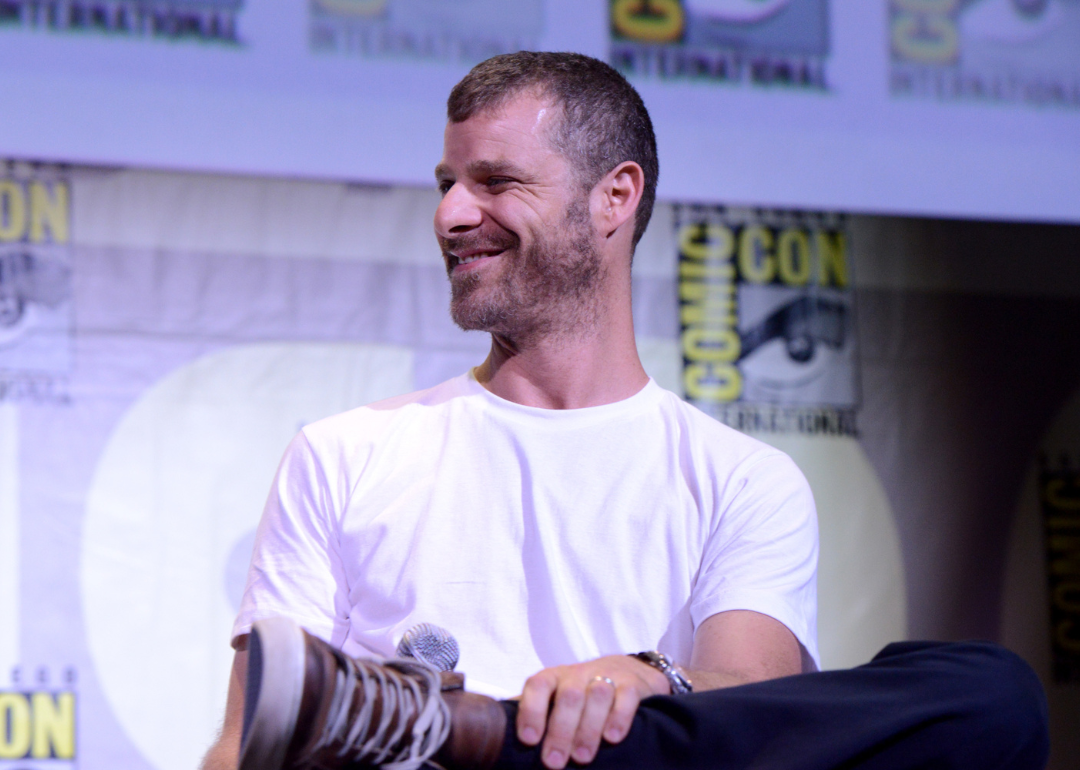 Here’s a head-scratcher for “South Park” fans: Co-creator Matt Stone is reportedly worth $100 million more than series co-visionary Trey Parker. That’s namely thanks to lucrative network deals and the resounding success of the Broadway play “Book of Mormon.” Stone is also known for his savvy real estate investments. 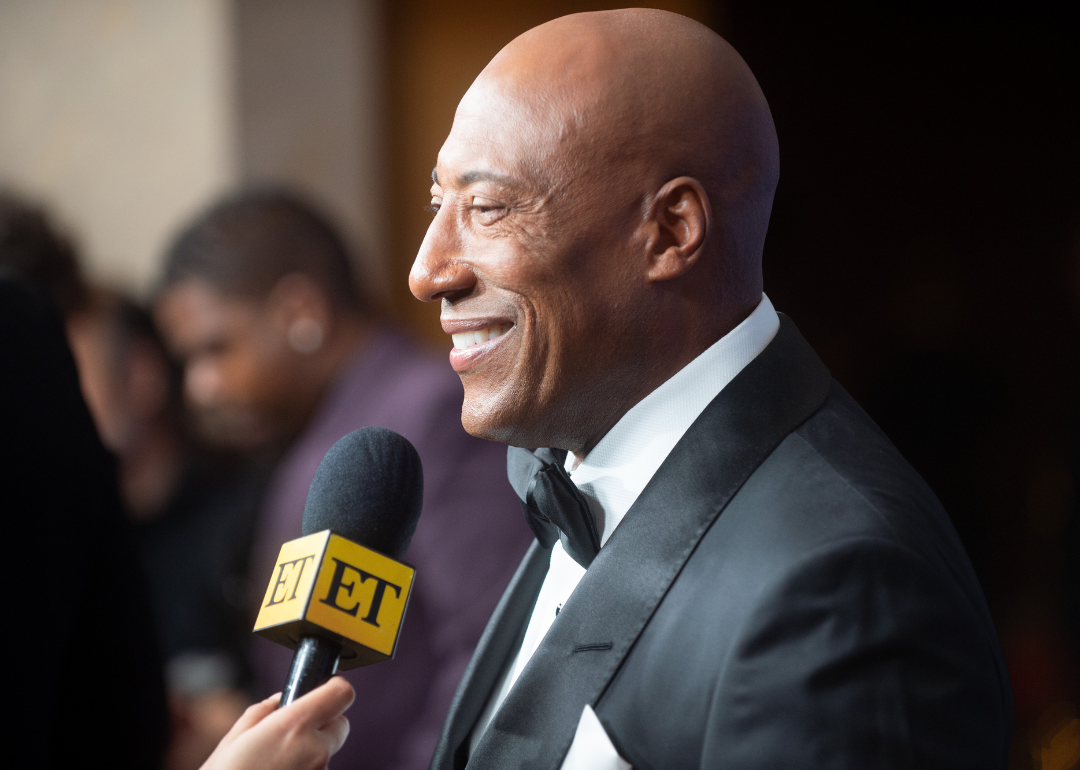 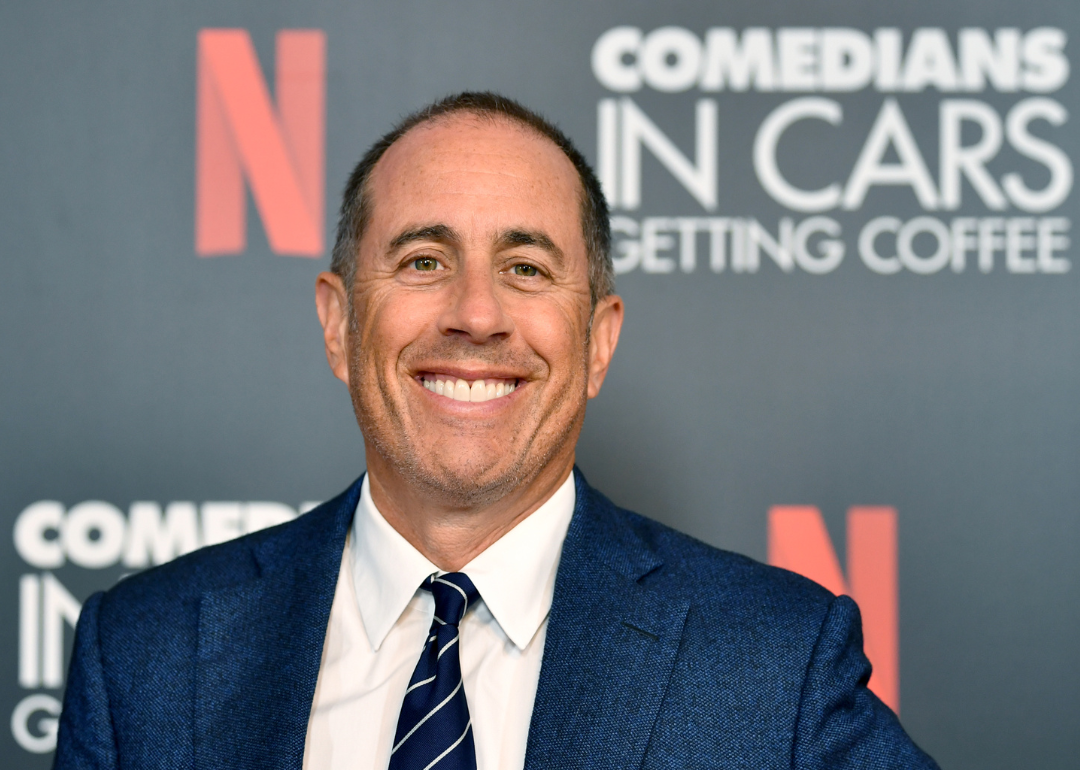 As the co-creator and star of his self-titled sitcom, Jerry Seinfeld has raked in serious bucks through syndication and streaming deals. Other projects such as “Comedians in Cars Getting Coffee” and various stand-up specials have also added to his bottom line. He’ll make his feature directorial debut with Netflix’s upcoming comedy “Unfrosted,” a fictionalized take on the founding of Pop-Tarts.