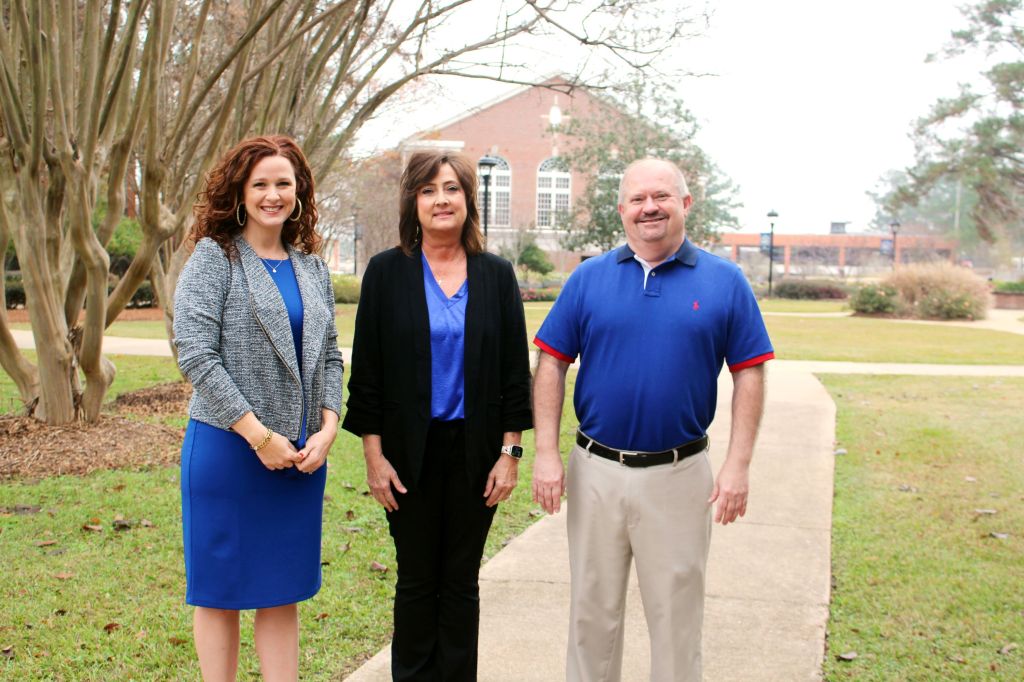 Posey (‘85) and Smith (’80) both graduated from Co-Lin, taught for many years until retirement, and then once again returned as part-time cybersecurity and computer networking instructors.

After Co-Lin, Posey continued her education at Mississippi State University where she received a bachelor’s degree in business and office education and a master’s degree in technology education. She also is a Cisco Certified Network Associate and Instructor. She and her husband, Kevin, have two sons and a granddaughter.

Smith continued his education at the University of Southern Mississippi where he received a bachelor’s degree in computer science. He also holds several certifications, including Internet and Computing Core Certification, Cisco Certified Network Associate, Certified Internet Webmaster, and Certified Novell Administrator. He is a member of Ramah Baptist Church in McCall Creek.

Posey and Smith decided to establish the scholarship to pay forward everything that Co-Lin has given to them. From an education and rewarding careers to life-long friendships, they have been shaped by their time spent on campus.

Posey agreed, adding that as a Wesson native, many of her childhood memories include countless hours on Co-Lin’s campus at ballgames, camps, and many other events.

“To me, Co-Lin is home,” she said. “The people (past and present) are like family to me. My co-workers became my best friends, so Co-Lin is the best part of me.”

Posey and Smith benefitted from scholarships during their time as students, but it was as teachers that they began to better understand the struggle many students have paying for college.

“I would like to ensure that deserving students have an opportunity to be taught skills which will lead to a rewarding career,” Smith said.

Cybersecurity and computer technology both serve as high impact fields both professionally and personally, and the demand for these careers is expected to continue to grow.

“Every area of our world today is affected by computers and networks,” Posey said. “Understanding how these networks work is important to our nation’s economy and future endeavors.”

Smith agreed and added, “Our identities are increasingly online. It is critical to keep computer networks and the data they maintain secure, accurate, and confidential.”

In addition to helping students, Posey also hopes their actions inspire others to give back to the college.

“I hope it will encourage other Co-Lin employees and retirees to consider funding a scholarship,” she said. “Helping others is what education is all about.”

Contributions to the Rhonda Posey and Don Smith Technology Scholarship, or any other scholarship, can be mailed to the Co-Lin Foundation at P.O. Box 649, Wesson, MS 39191, or made online at https://www.colin.edu/alumni-foundation/give-now/.