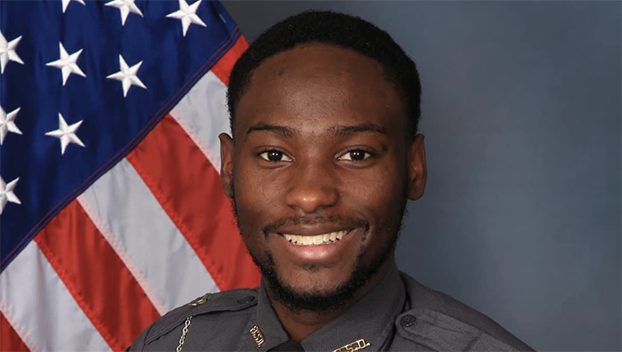 A $30,000 reward is being offered for information about the shooting death of a Georgia sheriff’s deputy — a former Jackson police officer originally from Mississippi — who was found shot inside his wrecked car.

The Fulton County Sheriff’s Office in Atlanta said in a statement the cash would be awarded for information leading to an arrest in the slaying of James Thomas.

Police found Thomas’ damaged car in the middle of an Atlanta road after a passerby called 911 at about 4:30 a.m. Thursday. Officers found Thomas in the driver’s seat, dead from a single gunshot.

Investigators hope the cash reward will help encourage witnesses or others with information to come forward.

Officials with the Jackson Police Department posted condolences for the death of the 24-year-old, who had previously worked with the department in Mississippi’s capital city.

Authorities say Thomas was off duty when he was killed. Fulton County Sheriff Pat Labat called Thomas “an outstanding young man” who had been recruited by the sheriff’s office from the Milledgeville Police Department less than a year ago.

Atlanta police Maj. Pete Malecki said the driver of a van contacted police hours after the shooting to report a collision with Thomas’ car.

The driver told police he saw Thomas’ car “driving erratically” in the middle of the street before the vehicles struck while trying to pass each other, Malecki said. He said the driver reported hearing a sound like gunfire.

“Right now, we do not know if the shooter was a pedestrian on foot or if he was perhaps in another vehicle,” Malecki told reporters Thursday. He said investigators don’t believe the van driver was involved in the shooting.