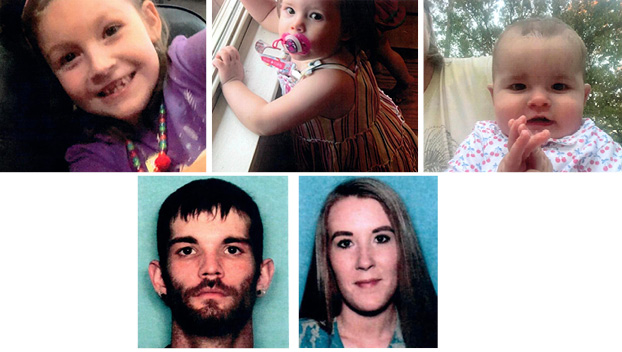 The parents of three Mississippi children who were the subject of a statewide Endangered/Missing Child alert during the Christmas holiday have been arrested in Missouri.

The Pontotoc Progress reports that the three children are safe and that the parents, Austin and Chelsey Payne, were arrested in Ripley County, Missouri. The couple will be charged with three counts of kidnapping after they took the children across state lines.

On Wednesday, Dec. 28, Mississippi officials issued an endangered/missing child alert for the three Pontotoc County children, ranging in age from 1 to 7.

The Mississippi Bureau of Investigation said the three children might be with the Paynes in a 2009 brown Hyundai Sonata bearing Mississippi license plate PNB8484.