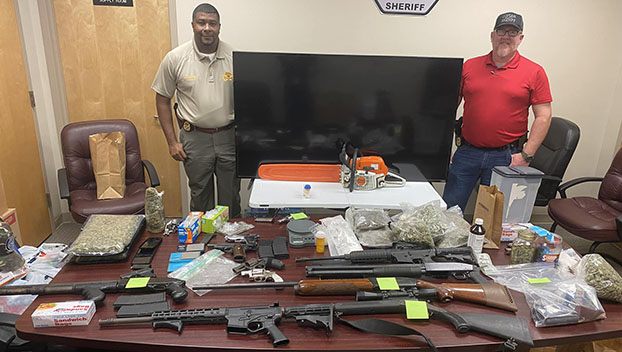 Agents discovered a large amount of narcotics — including more than 1,000 pills — stolen guns and cash after a year-long investigation of a rural Mississippi property.

Several persons were arrested at the scene, and a large number of narcotics and weapons were seized. The following list contains the items collected at the residence.

Three of the firearms were reported as stolen.

The individuals who were arrested are facing drug and firearms charges.

This is an ongoing investigation and more arrests will be made in the near future.