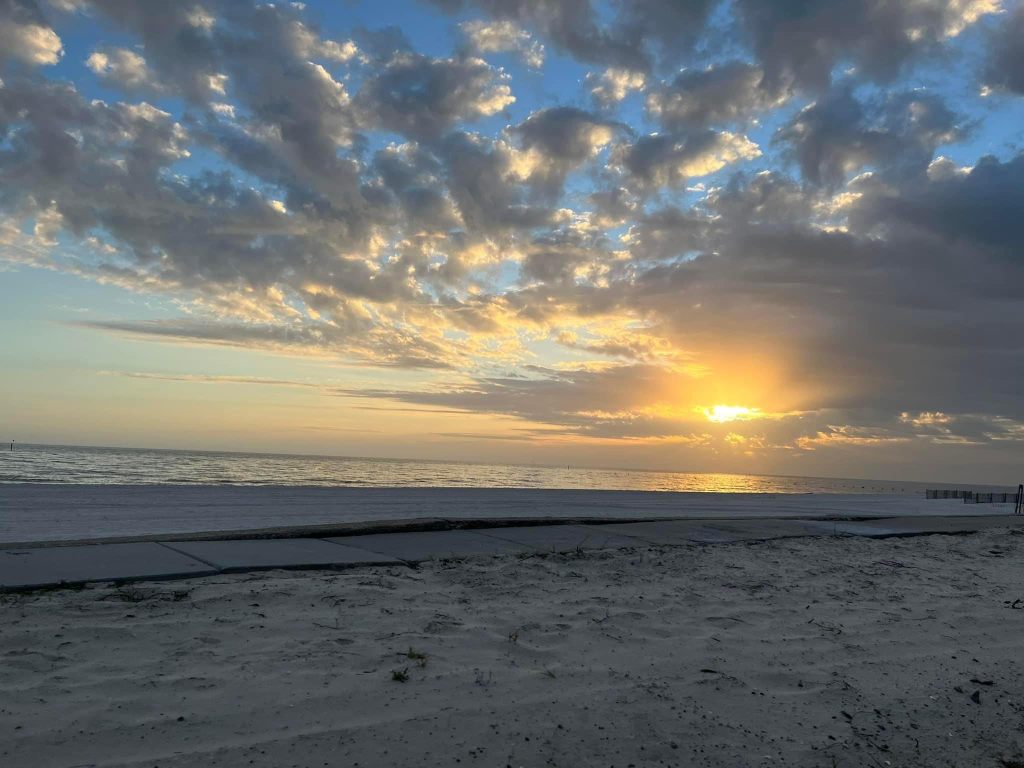 A winter sunset in Biloxi

Most people in Mississippi couldn’t ask for a better day to begin 2023! Although most of south and central Mississippi are under a dense fog advisory, fog should clear by mid-morning. A warm breeze and sunny skies will greet people returning home from church or waking up from celebrating New Year’s Eve.

We’re still on schedule for some strong storm over the next couple of days, so enjoy today’s springlike weather before having to get back into a normal routine after a couple weeks of holidays.

Mostly cloudy early but becoming sunny with high in the lower 70s. Increasing clouds tonight with a low of 55.

Dense fog early, then sunny with a high around 73. Becoming cloudy tonight with lows near 58.

Dense fog early, then sunny and very warm with a high near 76. Tonight, patchy fog and becoming cloudy with a low around 61.

Fog lifting, leaving mostly sunny skies behind with a high of 70. Tonight, cloudy with a low dropping into the low-50s but rising into the low 60s overnight.