Study says Wisconsin tops list of best states for a girl’s night out. Why was Mississippi ranked near the bottom? 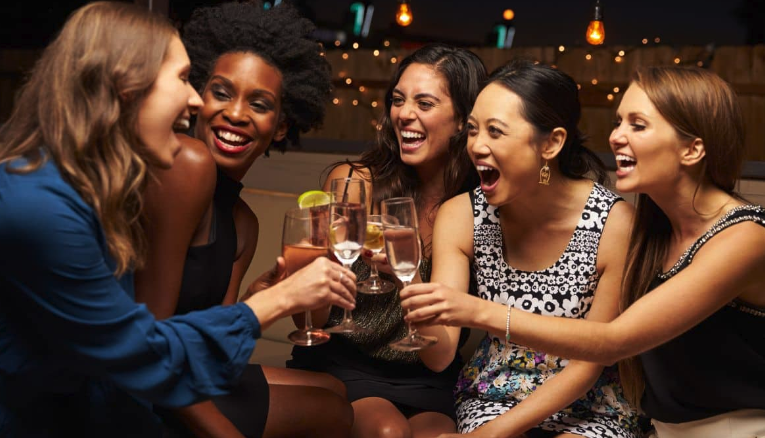 Your girl’s night experience varies widely depending on what state you live in, according to new research. Revelers in Wisconsin will have the best overall lady’s night experience, while women in Texas may want to cross state lines to have a good time.

The study, conducted by fashion experts at Nasty Gal, scored each state based on cost, number of bars and clubs per capita, number of five-star venues, and overall safety.
Wisconsin Best for Girl’s Night

Add Wisconsin to your travel bucket list if you want the best overall girl’s night experience. Wisconsin boasts more bars and clubs per 1000 people than any other state on the list. With over 1100 total venues and nearly 200 five-star venues, every friend group can find an option that best suits their mood.

Wisconsin’s low cost of living and relative safety add to its appeal as a top nightlife destination. The state ranks slightly above average on overall safety but offers the cheapest cocktails, making it an ideal destination for those who want a good time on a budget.

More Great States for The Ladies

Sparsely populated states in the North and Midwest top the list due to lower living costs. Wyoming, North Dakota, and Iowa rank in the top five. These states offer affordable cab fares, fast food and wine for your evening out, and low-cost fashion. Wyoming ranks most affordable overall, with the cheapest wine, fast food, and evening attire.

Vermont places third overall, despite having affordable cab fare. The Green Mountain State ranks near the middle of the road regarding total costs. However, its safety score catapulted it to the front of the pack. Vermont is the safest state for girls seeking a fun night out.

Texas Unappealing for Girl’s Night Out

Texas claims the unfortunate title of worst state for a girl’s night out. The state’s high cost of living didn’t do it any favors, but its position as one of the most dangerous states in the nation seals the deal. Only Mississippi and Louisiana rank worse for safety, but the lower costs of an evening out kept them out of last place.

More States To Skip on a Girl’s Night

Arkansas came in second to last, only beating Texas because it’s cheaper and slightly safer. Even without the safety concerns, Arkansas is a poor choice for a girl’s night as it has a low number of bars per capita and is among a handful of states with no five-star venues.

California ranks in the top half for overall safety, but the high cost of a night out lowered the state’s overall score. Though there are many great reasons to visit California, an affordable night out isn’t one of them. The Golden State has the most expensive cocktails and fast-food offerings, making it one of the priciest options for a night on the town.

Mississippi and Missouri round out the bottom of the list. Mississippi’s abysmal safety score and lack of five-star venues contributes to its rank. Missouri’s middle-of-the-road costs aren’t low enough to compensate for a below-average safety rating.

The Best States for Girl’s Night Out Ranked

Wondering where your state fell? Here’s the complete list ranked from best to worst, along with the overall score.