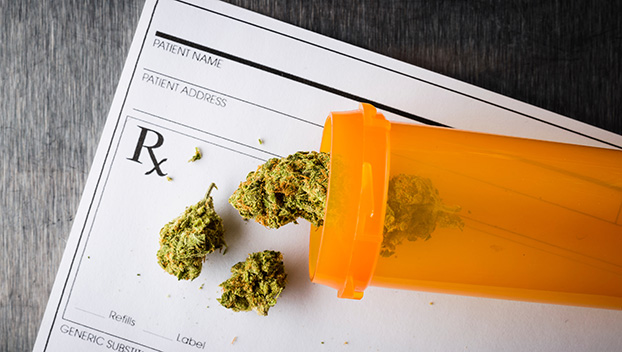 Approximately 50 people came to a Wednesday forum at the Natchez Community Center about medical cannabis led by doctors with knowledge in the field.

The forum was organized by a collaboration of local dispensaries to educate the public, and their potential clients, about the products they will soon offer.

These include Angel Leaf, located on U.S. 61 South in Adams County and owned by Black Farmers Hemp, and The Highest Care LLC on Jeff Davis Boulevard, owned by Tabitha Wroten. Noble Labs of Tylertown and Mockingbird of Raymond also had booths set up at the event.

The forum, called “The Healing Properties of the Cannabis Plant,” was led by Fred E. Kency Jr., MD, and Jude Theriot, MD.

Kency, who is designated by the Mississippi State Department of Health to certify Mississippi residents for medicinal cannabis, spoke to attendees about the process of getting a medical card.

“The first step is to talk to your local provider and get their recommendation,” Kency said, adding those who so desire can start the state’s application online, but it would be incomplete without a physician’s recommendation.

Theriot, who is originally from Catahoula Parish, said he wants to help “break the stigma” about medicinal marijuana by sharing the health benefits of medical cannabis over traditional medications. While he is a doctor, Theriot expressed frustration with the medical industry and its tendency to prescribe drugs that “often do more harm than good and people pay for it.”

Unlike most medications used to treat pain, Theriot said cannabis is not addictive and “you can’t overdose on it.”

Theriot has been designated by the Louisiana Board of Pharmacy for the recommendation of therapeutic marijuana.

“We say ‘recommend’ and not prescribe because is still a schedule I controlled substance,” he said.

Theriot added he disagrees with the criminal scheduling of marijuana.

“If it were based on safety, alcohol would be illegal,” he said.

He spoke about ways cannabis can be used to treat chronic pain as well as anxiety and insomnia. However, the latter two can be tricky, he said. When using cannabis products to treat these conditions, “Less is more,” he said.

“A lot of people want to use it for anxiety but depending on how much you take, it can have the opposite effect,” he said. “Higher doses of THC can cause anxiety, but CBD is helpful in both low and high doses.”

Theriot also explained the different methods of ingesting medical cannabis and the pros and cons of each. For example, smoking or vaporizing it can have an instantaneous effect, but it is difficult to control the dosage, he said. Many prefer the tincture form that is placed under the tongue. It also works quickly, but with specific measurements, he said.

In addition to learning about medical cannabis and receiving assistance with applying for a medical card, attendees Wednesday also were invited to download an ap called “Local Leaf” which identifies which products are available and where to get them and also connects a community of like-minded people when it comes to medicinal marijuana.

“We can’t advertise, but we can hold events to keep the public informed,” he said.