Mississippi Skies: Most of the state under severe storm threat 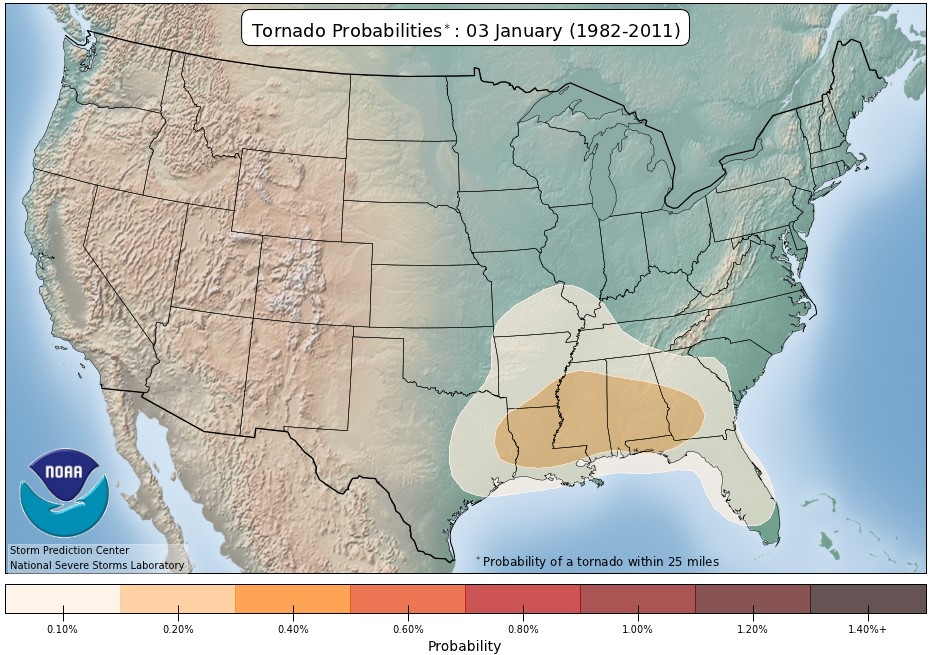 Tornado probability within 20 miles of any given location

The forecasts for round one of severe storms certainly materialized last night, and round two is on its way. Although most of the round one storms stayed in northern areas of Mississippi, the rest of the state will be included today.

Thankfully, once the second round moves through, we’ll have several days of sunshine and cooler temperatures.

Strong storms and heavy rain through mid-afternoon with a high near 71. Rain totals of up to two inches expected with higher amounts in stronger storms. Wind gusts up to 15 miles per hour and stronger in storms. Tonight, rain ending and becoming partly cloudy with a low of 48.

Severe storms with tornadoes possible. High of 74. Wind gusts as high as 30 miles per hour and rainfall up to one inch with stronger gusts and more rain possible in stronger storms. Storms ending overnight with a low in the lower 50s.

Enhanced risk of severe thunderstorms, hail, and tornadoes from Brookhaven to Hattiesburg to Picayune. Wind gusts up to 30 miles per hour and an inch of rain is possible with stronger winds and higher amounts of rainfall possible in thunderstorms. High of 75. Storms likely through 2 a.m. and becoming partly cloudy with a low of 56.

Mississippi Skies Bulletin: Some roadways beginning to ice over