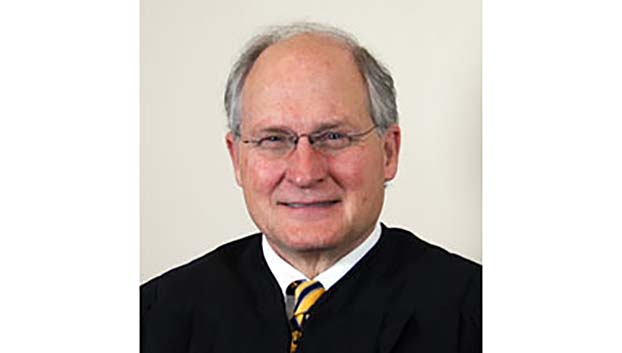 Bill Waller Jr., the former chief justice of the Supreme Court and son of a former governor, is “strongly considering” challenging Gov. Tate Reeves in the 2023 Republican primary.

Waller’s entrance into the governor’s race would rattle the state’s political environment and set up a dramatic rematch of the 2019 Republican gubernatorial primary, which Reeves won by eight points after a bitter runoff election with the former justice.

Waller told Mississippi Today on Tuesday he’s been weighing a run for several weeks, talking with family, friends and political advisers. He’s ruled out running as an independent, which several politicos have suggested he do, and would instead run in the August Republican Party primary.

“I’m praying about it, I’m looking at who else might be in the race and what else might happen, but I think there’s a critical need for a change of leadership at the top,” Waller said. “In a lot of ways, the issues I ran on in 2019 are more dire, more pronounced now. So many people in this state are hurting or frustrated, and the response (from the governor) just isn’t there. It’s undermining the fabric of this state.”

Reeves, beginning the final year in his first term as governor, on Tuesday signed qualifying papers for reelection and held a press conference at Mississippi GOP headquarters.

Reeves said he had not heard Waller is considering another challenge, but appeared nonplussed when asked about it, noting that in America “anybody can run for any office they want to.” He said he is proud of his record as governor and has notched “historic successes” despite challenges of multiple natural disasters and the COVID-19 pandemic.

“There’s a reason I’m 0 for 12 on running unopposed,” Reeves said. “That’s because I’m not scared to take on big things and do big things for the people of our state. When you stand up for what’s right and stand up for what you believe in, there are those on the left that don’t necessarily like the conservative direction we’ve taken Mississippi in the last few years. I’m certain we will have opposition, and whoever that might be, we will talk about our record and that’s a record I’m proud to stand on.”

Candidates for statewide office face a Feb. 1 deadline to qualify for the 2023 election.

The potential GOP primary rematch will turn heads across the state. Waller, who announced his 2019 bid in the eleventh hour and battled a name ID deficiency outside the Jackson metro area, forced a runoff with Reeves in the August GOP primary. Waller lost that runoff by 8 points, but he won 17 counties — including most of the state’s metropolitan and suburban counties packed with more educated Republican voters.

“I can tell you this, whatever I do next in my career will continue to be focused on improving the lives of average Mississippians who can’t write a $1,000 campaign check, and who need state officials with some real backbone to stand up for them, their families and their communities,” Presley said Tuesday when asked of his 2023 plans.

Reeves spent much of the 2019 primary blistering Waller as “too liberal” for Mississippi. But Waller, a longtime Republican voter, earned the endorsement in 2019 of several former Mississippi Republican Party leaders.

In the Jan. 3 interview with Mississippi Today, Waller brought up another key issue that he said would be a focus in a potential 2023 bid: the state’s sprawling welfare scandal. Reeves has been implicated in pieces of the scandal, and he faced a barrage of criticism from voters after his office abruptly fired the attorney who was investigating the breadth of the misspending.

“Corruption is so apparent and out of control, and most Mississippians I know are sick of it,” Waller said. “Money intended for poverty-stricken children and others being diverted to cronies and personal friends is outrageous.”

Reeves has long touted his focus on economic development and other fiscal gains he says the state has made under his decades of leadership. He’s said his focus on conservative spending and tax policy has been a success for the state.

But Waller on Tuesday said more needs to be done.

“We’ve got the steel mill in Lowndes County, and that was a great announcement,” Waller said. “But unfortunately, the great majority of the state has been ignored for a decade or more. A lot of people in most regions of the state can’t remember the last time they got the benefits of an economic announcement like that.”